Journalism should be about the new and unexpected, but most journalists really prefer the routine and expected,  so their days go easier. And they shy away from questioning the status quo. All of which makes Occupy Wall Street (OWS) a nuisance to the mainstream media (MSM), says Danny Schechter.

The other night, I ran into a veteran journalist, a writer who I always considered was among the “plugged in.” Yet when I told him I was reporting on Occupy Wall Street, he plugged out, and stared at me cluelessly.

“What do they want,” he asked, echoing the questioned raised endlessly by TV pundits and editorial commentators. He didn’t seem to know or care who “they” are, or why they have taken to living in parks to make their point. 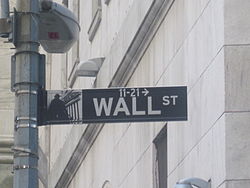 He and his colleagues seem to be saying that to understand what’s going on, it must all be first compressed into a press release with bullet points they can simplify further.

Another blank look. It’s as if we need our politics to follow a predictable format characterized by legislators playing to the cameras, message points, and pithy slogans.

The idea of a deeper challenge to a totally compromised system driven by big money and special interests is considered by some as anomaly that belongs in another century.

Extra-parliamentary political movements don’t compute for some who want the political debate limited to rituals like elections, traditional “debates” and up-and-down votes on selective laws. In this world, politics is best left to politicians with citizens there to look but not to act.

There seems to be three factors at work.

–Financial issues are treated as exotic, beyond our comprehension and best left in the back of the paper in the business pages where obscurantist language makes it so dense that most readers turn away.

–The upper classes, now referred to as “the 1percent,” and the people who identify with them uncritically or rely on them for financial guidance cannot comprehend any critique that challenges their prerogatives and power. They use terms like “unsophisticated” to deligitimize protesters who challenge their pretensions and priorities.

–Some of these defenders of privilege don’t and won’t “get it” because it is not in their interest to do so. They shamelessly use their power to impose their will on the legislative process with an eye on loosening or abandoning any financial reforms that force higher standards of transparency.

Example: even as Occupy Wall Street wins public support for its campaign exposing inequality and challenging the big banks and corporations, the Obama Administration is about to weaken mining laws that seek to insure corporate accountability.

Matt Taibbi explains the latest way Washington is aligned with Wall Street in Rolling Stone: (Amazing isn’t it that a music magazine does a better job of covering these issues than our financial media,)

He writes, “Barack Obama is apparently expressing willingness to junk big chunks of Sarbanes-Oxley in exchange for support for his jobs program. Business leaders are balking at creating new jobs unless Obama makes compliance with S-O voluntary for all firms valued at under $1 billion.

“Here’s how to translate this move: companies are saying they can’t attract investment unless they can hide their financials from investors. So the CEOs and gazillionaires on Obama’s Jobs Council want the politically-vulnerable president to give them license to cook the books in exchange for support for his jobs program. From the Pittsburgh Post-Gazette:

“‘All you’re going to do is have more fraud. The ultimate losers are going to be investors,’ said Jeff Klink, a former federal prosecutor whose Gateway Center firm helps clients prevent and detect fraud.’”

Unfortunately, the Occupy Wall Street activists have, like the rest of the country, not been widely exposed to the considerable documentation around massive fraud by the financial industry.

When William Black, former bank regulator and the country’s leading critic of corporate fraud now at the University of Missouri Law School in Kansas City visited Occupy Wall Street on Oct. 25, he was not recognized by most of those in the encampment or by many in the press who are also unfamiliar with the depth of the crimes of Wall Street.

Those crimes just don’t impact investors; they also hit ordinary Americans hard. They include the subprime mortgages as well as usurious credit cards. Black takes a systematic look at the problem.

He spoke at a teach-in at Occupy Wall Street on Tuesday evening to an attentive crowd. It was one of the first lectures about aspects of the financial crisis that many don’t really know about. It’s important to have more talks like this with critics taking the protesters to task about being “unsophisticated.”

More experts like Black will be speaking in the Park in the near future.

Perhaps that’s why Elizabeth Warren, the Harvard professor who proposed a consumer protection agency, is claiming she put forward the intellectual ideas that led to the Occupy Movement.

The Daily Beast’s Samuel P. Jacobs reports she created “much of the intellectual foundation” for the Occupy Wall Street movement. She also talks about her past life as a Republican and the challenges of being a woman on the campaign trail, and say she’s no “guileless Marxist.”

Ironically, that’s also true of many in Zuccotti Park who seem to favor anarchism, but at least they have a deeper critique of the posturing of both parties and seem to want far deeper reforms than those proposed by Warren.

Perhaps that’s why self-styled “liberals” like the Washington Post’s Richard Cohen can’t find an ounce of sympathy for protesters who are being skewered by the Israel lobby’s AIPAC as anti-Semitic based on an incident involving two people.

AIPAC has no comment on the hundreds of thousands of Israelis who have been protesting economic abuses in Israel Itself. To his credit, Cohen dismissed the hysterical anti-Semitism smears against Occupy Wall Street that have been amplified on Fox and other right-wing outlets.

But as FAIR notes Cohen goes on to piss on the protests. Here’s FAIR’s headline:

“On a daily basis it marches off to some location to highlight what we all know that Wall Street guys are rich and their slogans suggest a tired socialism that is as repugnant to me as the felonious capitalism that produced the mortgage bubble and the impoverishment of millions of Americans.”

I have hung out with Richard at the World Economic Forum in Davos in years past. It’s the intellectual corporate playground of the 1 percent and I don’t remember anything he wrote with this cranky and nasty tone about greedy CEOs who were getting rich off the poor and the middle-class.

It would be easy to denounce this hypocrisy, but it is worse because clearly the poobahs of the media lack the capacity to critique their own complicity in the media’s failure to expose that “felonious capitalism” when it might have done some good.

They are threatened by a movement that is winning public support because it is also a repudiation of their own elite journalism in the service of the status quo.

← Israel Rejects Appeal for Change
Convicting Iran Outside a Courtroom →

6 comments for “The MSM’s Fear of OWS”