During a recent visit to Israel, Defense Secretary Leon Panetta delivered a blunt message that the country’s leaders must adjust to the changing realities or risk ending up isolated in the region and losing international support. But Israel’s leaders only got angry, reports Lawrence Davidson.

Not too long ago I gave a talk on the Palestinian bid for statehood. In the audience was a Russian-Israeli expatriate who politely took exception to my criticisms of Israeli policies and behavior.

His main point was that I could not credibly criticize the Israelis because I had not experienced what they had and did not know what they knew. Or, to put it in a homier manner, I had not walked in their shoes.

“Israelis have been trying to find solutions to the Israeli-Palestinian dilemma for over 60 years, so what gives you the wisdom to criticize them and tell them what they should do?” This is an old and often used objection and, if taken literally, would suggest that outside mediation is never possible.

My response to this was quite pointed: it is exactly because Israelis have been entangled in this dilemma for so long and, in addition, have passed off to themselves as well as others their hidden expansionist ambitions as “security” needs, that most of them are incapable of coming up with a just and equitable solution.

They, therefore, very much need those with an outside and relatively objective view to critique their actions.

Essentially, most Israelis live in a “closed information environment.” This is so despite their claim to have a free media. That media may be technically free (with some strict limits regarding information deemed sensitive to national security), but it is nonetheless dominated by the nation’s Zionist ideology and the political and social assumptions it expounds.

Countervailing views may indeed exist, but they do so only as rare exceptions or at the margins. So consistent is the Zionist interpretation of things that, for the country’s Jewish citizenry, it now constitutes a “thought collective” and as such dictates the parameters of their thinking.

Under such circumstances, it is only by standing outside this “thought collective” (as do a small number of clear-sighted progressive folks on the Israeli margins) and looking in that one can see clearly what is going on, identify its self-destructive aspects and respond with a rational critique.

Of course, to the committed Israeli ideologue, enmeshed on the inside, such a critique will sound wrong-headed and dangerous. ã€€

Take for example the valiant efforts of Gideon Levy, the Haaretz journalist who is one of those rare persons dwelling on the margins of Israeli journalism. He has somehow managed to escape the smothering impact of the “thought collective,” or what he calls a “machinery of brainwashing … which really accompanies each of us [Israelis] from early childhood.”

Levy is exceptional because he can ask ordinary questions that, nonetheless, go unasked by the vast majority. Take, for instance, the following comment he made during the self-aggrandizing Israel celebrations upon the release of Gilad Shalit:

“In successive elections it voted, again and again, for centrist and right-wing governments, the kind that guarantee that Shalit will not be the last. … No one ever told it that Shalit was the unavoidable price of a state that chooses to live by the sword forever.”

As a consequence of his publicly offered insight, Levy “has been shot at repeatedly by the Israeli Defense Force, been threatened with being ‘beaten to a pulp’ on the country’s streets, and faced demands from government ministers that he be tightly monitored as ‘a security risk,’” according to the U.K.’s Independent, which added that Levy might be either the “most hated man in Israel or just the most heroic.”

Sometimes the outside critique is so unacceptable that it demands suppression. A good example of this has recently surfaced. It seems that back on Feb. 12, 2009 then head of the CIA Leon Panetta (who is now Secretary of Defense) endorsed a secret CIA analysis “predicting the demise of Zionist Israel within 20 years if general political trends in the region continue.” 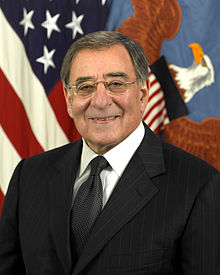 A primary assumption of the report was that “it was unlikely that Israeli leaders would grant even minimal concessions in order to achieve a settlement with their neighbors which comprise increasingly disillusioned and rapidly growing dignity and justice seeking populations.”

So politically unwelcome was this outside assessment that it was immediately suppressed by Zionists within the U.S. government. According to web based accounts, only seven copies of the report exist today (at least one of which must be buried deep in some CIA vault).

Though the report was kept from broad distribution, it was not forgotten. So, when Leon Panetta went off to pay a visit to the Israeli leadership in October 2011, he resurrected this assessment. In private talks, he told the Israelis that time was working against them and that they had a choice of making peace with their Palestinian and Arab neighbors or risk Israel’s national stability.

Publicly, his message came out like this: the Israelis may have a military edge, but in the long run that may not be enough to sustain them. Things are changing rapidly in the Middle East and yet Israel is not adjusting to the evolving reality. It is instead isolating itself particularly in terms of the diplomatic arena. It is a no-win situation for them.

In addition, Panetta tried to get across to the Israeli leaders that U.S. support, particularly at current levels, is unlikely to last forever. Public attitudes toward Israel are changing in the U.S. and economic troubles might well undermine American support in the foreseeable future.

Reportedly, the Israeli leaders’ response was to get angry with Panetta. The traditional Zionist attitude is that the West owes Israel support because of the Holocaust and the West is expected to deliver whatever the sacrifices and inconveniences.

This sort of attitude seems still to prevail not only in Israel, but also in the U.S. Congress (where a similar closed information environment exists). Panetta’s message was that Israel’s assumptions might outlast U.S. feelings of obligation.

Israel’s reaction to ideologically unacceptable messages is, of course, not unique. All nations seek to establish a paradigmatic storyline favorable to themselves and then inculcate it in all following generations. And most succeed in doing so.

But the persistent level of continuing Palestinian resistance has made Israel’s Zionist storyline vulnerable and instead of adjusting it to changing circumstances they have circled the wagons and insisted on ideological purity. They have even undertaken a new effort to censor Palestinian textbooks, as if such an act will negate what Palestinian children witness daily on the streets.

Stubbornness has risks when it comes to Israel. Panetta emphasized the regional risks to Israel but those are not the only ones. As just mentioned economic times are tough here in the U.S. Deficits are high perhaps high enough to impact Defense Department budgets. Social and cultural programs are being cut back daily.

And yet Congress, under the mesmerizing sway of Zionist ideologues, pours billions of dollars yearly into Israeli coffers. How long do the angry men in Jerusalem think it will take the American public to notice?

And when they do, when aid to Israel becomes a voting issue, the politicians they so depend on, the ones who have been loyal to Israel for decades, are liable to abandon them with alacrity. But that is not all. At least some of the outrage at this diversion of resources to Israel is bound to take the form of anti-Semitism.

Israeli behavior has managed to turn the Middle East, a region largely devoid of anti-Semitism until the intrusion of the Zionists, into a potential breeding ground for that obnoxious sentiment. And perhaps they will do the same to the American hinterland.

That is called “blow-back.” But the men in Jerusalem will never admit their responsibility for this. They always knew the world was anti-Semitic at heart and they will then loudly proclaim they were right. It was there all the time, even in the heartland of their greatest ally.

Such is the distorting power of a thought collective.