Night-time raids by U.S. Special Forces in Afghanistan are taking a lethal toll on Taliban militants and on civilians who happen to be nearby. Earlier this year, the international community played down this “collateral damage” by taking a narrow look at the problem, Gareth Porter and Shah Noori report for Inter Press Service.

By Gareth Porter and Shah Noori

A July United Nations report asserting that only 30 civilians died in targeted raids in Afghanistan during the first six months of 2011 reflected only a very small fraction of night raids in which civilians were killed, according to officials of the independent Afghan commission which had co-produced the 2010 report on civilian casualties with the U.N. Mission.

The report on civilian casualties by the United Nations Assistance Mission in Afghanistan (UNAMA) attributed 80 percent of the 1,462 civilian deaths it counted during the six-month period to the Taliban – mostly from improvised explosive devices – and only 14 percent of them to “Pro-Government Forces.” 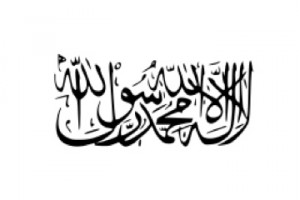 The report credited the U.S.-NATO military command with reducing civilian casualties in night raids during the six-month period by 15 percent compared with the same period last year.

But officials of the Afghanistan Independent Human Rights Commission, which collaborated with UNAMA on its 2010 civilian casualties report, told IPS that the number of night raids that UNAMA investigated in some fashion could only have been a very small proportion of the total number of targeted raids with civilian casualties.

A leading official of the independent commission has also objected publicly to UNAMA’s exclusion from the total in last year’s report of most of the allegations of civilian deaths in raids that had been brought to its attention.

The AIHRC officials, who have personal experience on the issue of civilian casualties from night raids, told IPS that most night raids are carried out in districts that are dominated by the Taliban. In those districts, people are not able to file complaints and usually are not even aware of any opportunity to do so, the sources said.

The AIHRC sources requested anonymity because they are not authorized to talk to the news media about the matter.

In Helmand province, the raids are believed to be concentrated in the districts where the Taliban are strongest, such as Baghran, Baghni, Sangin and Nahr-e-Saraj, the sources explained. The same is true for Kandahar, Zabul, Uruzgan and other southern and eastern provinces where the Taliban has a strong presence, the AIHRC sources said.

The commission received only nine complaints directly from families of those who had been killed or injured in a night raid during the first six months of 2011, according to the AIHRC sources.

In fact, the commission gets most of its information about civilian casualties in night raids not from complaints from people in the area where the raids take place but from talking with people in detention, the sources said.

But that information is fragmentary, according to the sources, because the commission has access to only a fraction of the detainees in the Afghan prison system, and because the detainees themselves are only aware of some of the cases.

UNAMA has seven regional offices, but travel and contact between those offices and the districts in which the Taliban are strongest are limited.

Daphne Eviatar, who has monitored human rights in Afghanistan for the U.S.-based group Human Rights First, agreed with the assessment that the families of victims in many districts would be unlikely to file complaints about civilian casualties from night raids.

“I’m not sure who they would complain to,” said Eviatar.

UNAMA’s six-month report conceded that, “Given both limitations associated with the operating environment and limited access to information, UNAMA may be under-reporting the night raids involving civilian casualties.”

In a February 2011 interview with researchers on a study by the Open Society Foundations and The Liaison Office, an unnamed “international human rights monitor” went even further. The unnamed individual admitted to “underreporting of night raids because many of the areas in which they took place are inaccessible and the civilians are difficult to verify.”

UNAMA is the only international entity that has been reporting totals of civilian casualties in night raids.

The UNAMA report for the first six months indicates that the NATO-led International Security Assistance Force (ISAF) had refused repeatedly to provide information on the number of night raids it had carried out.

Nevertheless, figures provided by ISAF to the Washington Post and to blogger Bill Roggio show a total of 2,020 targeted raids in the six-month period from early May through early November 2010, killing roughly 2,000 “insurgents”.

U.S. military officers also told the researchers for the Open Societies Foundation study that shots had been fired in only 20 percent of night raids. That would mean that 2,000 people were killed in just over 400 raids in which shots were fired during the six months — an average of five people per shooting incident.

UNAMA acknowledged in the report that ISAF does not apply the same definition of “civilian” based on international humanitarian law that UNAMA applies in counting civilian casualties.

U.S. Special Forces officers belonging to a unit that had killed nine election workers along with a former Taliban insurgent they had mistakenly believed was the Taliban shadow governor of Takhar province in September 2010 told former BBC reporter Kate Clark last December that anyone found in the company of a person who is targeted is regarded as an insurgent as well.

The very broad definition of “insurgent” used by ISAF in releasing figures on the number killed in night raids, along with statistics on raids coming from ISAF itself, suggests that most of those killed in night raids would be considered civilians under international humanitarian law criteria.

UNAMA would not allow IPS to interview the head of its human rights office, Georgette Gagnon, about the 2011 report, even though she had told IPS she could do an interview during the week of Aug. 22.

In responses to questions e-mailed by IPS, however, Gagnon said that UNAMA had investigated a total of 89 night raids in which casualties had been alleged, and that it had rejected the allegations of civilian deaths in 58 of those cases.

AIHRC and UNAMA, which co-produced the 2010 report, had clashed over UNAMA’s decision to put the number of civilian deaths in night raids at 82 in that report.

Nader Nadery, a commissioner of the AIHRC, revealed in an interview with IPS after the report was published that UNAMA had based the figure of 82 deaths on only 13 night raids in which the civilian deaths had been verified to UNAMA’s satisfaction. Nadery said the total had excluded alleged civilian deaths in 60 other raids.

UNAMA did not partner with AIHRC in producing the 2011 six-month report.

In a recent interview with IPS, Nadery estimated that 462 civilian deaths had occurred in all of the night raids in 2010 about which the commission had obtained some information.

The latest report’s methodological section confirms that alleged civilian deaths are not included in UNAMA’s total if the civilian status of any of the victims in an incident is uncertain.

Gagnon told IPS that said the mission’s decisions on such cases “are based on firsthand accounts for the vast majority of the incidents investigated”. She would not say, however, how many of the decisions to reject allegations were made on the basis of eyewitness accounts.

Gagnon also acknowledged that ISAF and Afghan officials had challenged some allegations, but would not reveal how many of the allegations that had been rejected fell into that category.