The loan of a U.K. military officer raises further questions about impartiality of the office of the U.N. special envoy to Yemen when Martin Griffiths, a Briton, was in the post, Matt Kennard and Mark Curtis report. 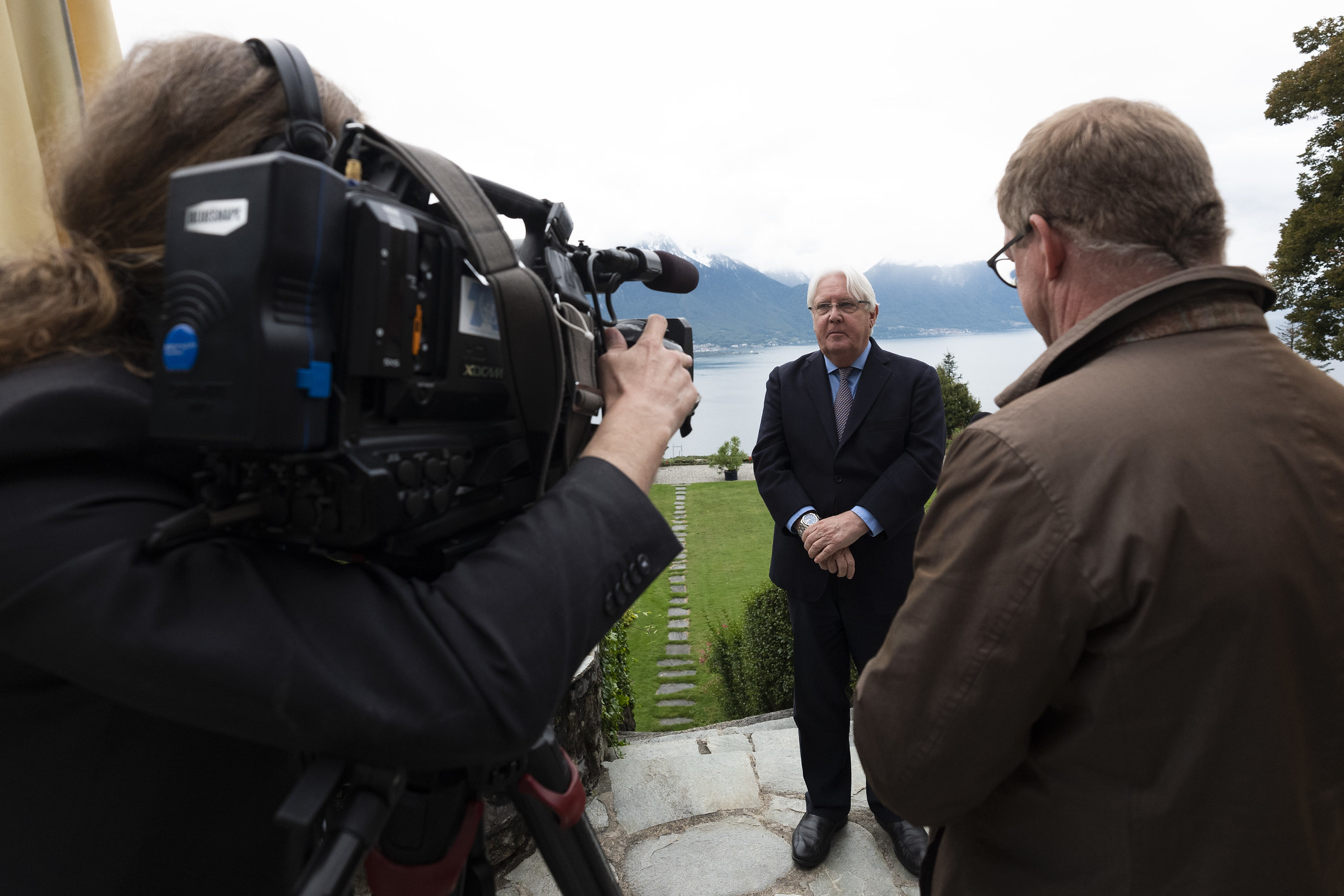 The U.K. Ministry of Defence (MOD) secretively seconded a military officer to Yemen in 2019, it can be revealed. The officer was attached to the office of the then U.N. special envoy to Yemen, Martin Griffiths.

Declassified has shown that Griffiths’ is a founder of, and adviser to, a private conflict resolution company, Inter Mediate, that works with the U.K.’s Secret Intelligence Service, also known as MI6.

The MOD has told Declassified the military officer “works directly with and provides advice to the U.N. Special Envoy for Yemen regarding security and military issues relevant to the conflict in Yemen.”

The MOD added: “The military officer is not based in Yemen but has visited with the U.N. Special Envoy.”

The officer visited the Yemeni capital Sana’a on nine occasions, Declassified was told. But the U.K. government did not publicly announce the secondment, and there is no mention of it on the government website. Sana’a is currently under the control of Iran-backed Houthi rebel forces.

Griffiths, a British expert in conflict mediation, was appointed as U.N. special envoy in 2018 after a campaign by the U.K. government. He held the position until August 2021 when he became the U.N.’s under-secretary general for humanitarian affairs. 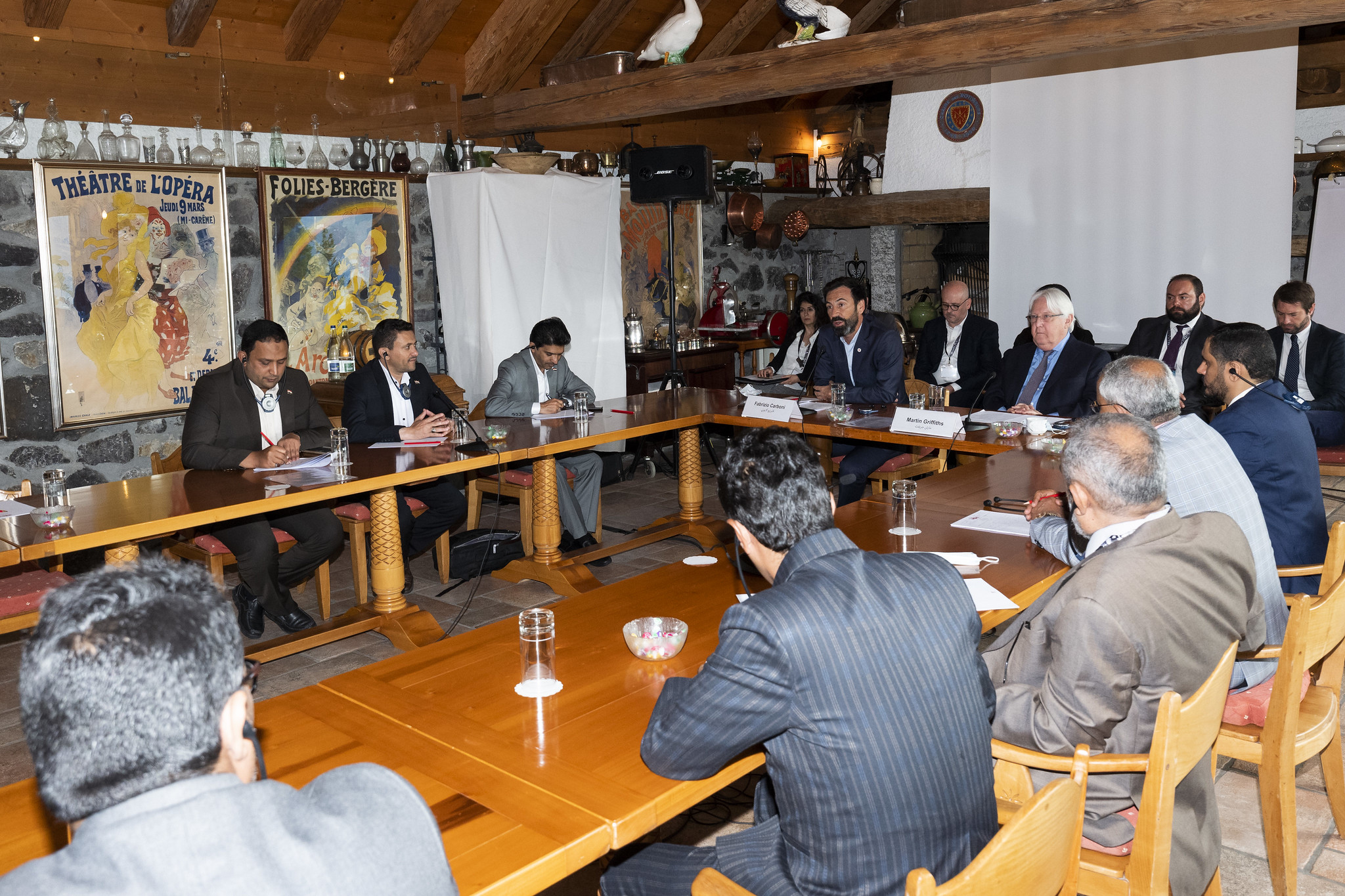 Sept. 27, 2020: Martin Griffiths, U.N. special envoy for Yemen, at head of table, during talks with the Yemen delegation and opposition over a prisoner exchange. (UN Photo /Jean Marc Ferré)

The secondment of the military officer raises further questions about the undermining of the appearance of impartiality crucial to the role of the U.N. special envoy. U.K. special forces are believed to have played a role in the war while the British military is maintaining the Saudi warplanes which have long operated over Yemen.

The information was obtained by Declassified following a freedom of information request. It is not known if the military officer had a relationship with British special forces in Yemen or U.K. military personnel based in Saudi Arabia.

The defence section at the British embassy in Sana’a was evacuated to its embassy in the Saudi Arabian capital, Riyadh, in March 2015 as the Saudi air campaign — which was paused for several months in 2022 due to a truce — began.

“The U.N. requested a military adviser in order to support the planning and negotiation of a ceasefire in Yemen. The U.K. filled this role as part of our efforts to support the peace process.”

The MOD added that since 2015 the only other U.K. military personnel who had been in Yemen was the defence attaché, who accompanied then Foreign Secretary Jeremy Hunt on a visit to the southern city of Aden in March 2019.

However, the MOD refused Declassified’s request for a list of the locations of Defence Intelligence personnel around the world, and special forces are not covered under freedom of information laws.

In July 2021, Declassified revealed that Britain has a secret detachment of up to 30 troops at Al-Ghaydah airport in Mahra province of eastern Yemen, where they are training Saudi forces.

Declassified has also found that the U.K. military created a “maritime security advisor” position in Yemen in 2015. Costing between £80,000 and £90,000 per year, some of which comes from the aid budget, the post-holder was based temporarily with the U.K. Yemen Office Network at the British embassy in Riyadh.

The government states that this role focused on “improving Maritime Security to sustain humanitarian access and legitimate trade into key ports, as well as service delivery and improved governance.”

The position raises questions in light of Saudi Arabia’s naval embargo on Yemen’s Red Sea coast, which U.N. experts have described as violating international humanitarian law. Human Rights Watch says the blockade has “severely restricted the flow of food, fuel, and medicine to civilians” during the war. 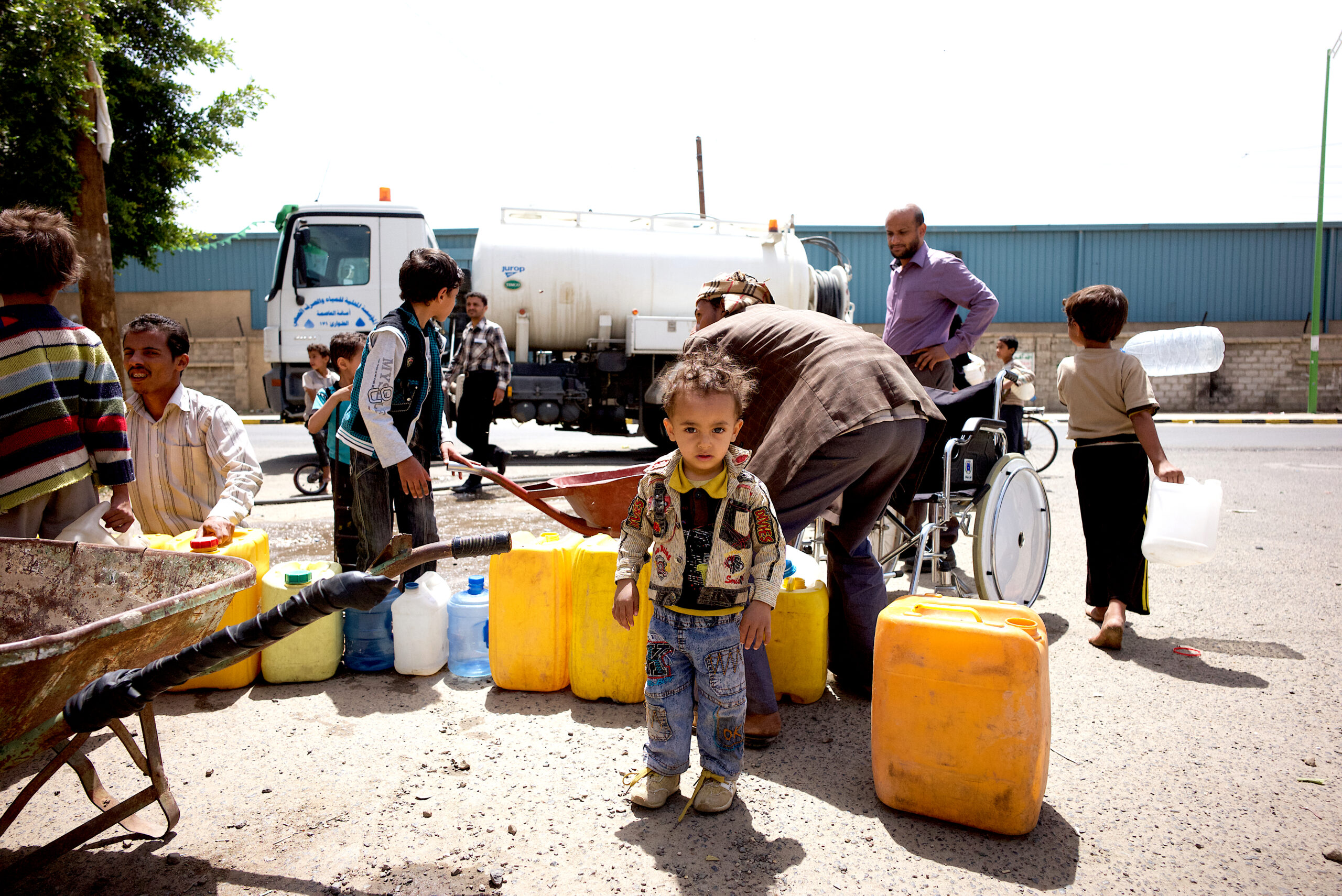 May 21, 2015: People in Sanaa became dependent on aid groups to provide water and fuel after the outbreak of the war. UNICEF said the situation made waterborne diseases a certainty and put children at risk. (Julien Harneis, CC BY-SA 2.0, Wikimedia Commons)

The U.K. is a strong supporter of the Saudi navy and has provided training on naval tactics that could be used for blockading Yemen, Declassified previously revealed.

The first maritime security advisor was Kevin Stockton, who served from October 2015 to May 2016 in “Defence Section Yemen,” based in Riyadh. Stockton took up the position directly from being an adviser to the Saudis, as the Royal Navy’s liaison officer to the Saudi Naval Forces headquarters.

The government stated that “the maritime position in particular has been an excellent value add for the U.K. Government.” It added, “There should be strong consideration by MOD to transition this from a six-month deployment to 12 months to build on access and influencing opportunities.” 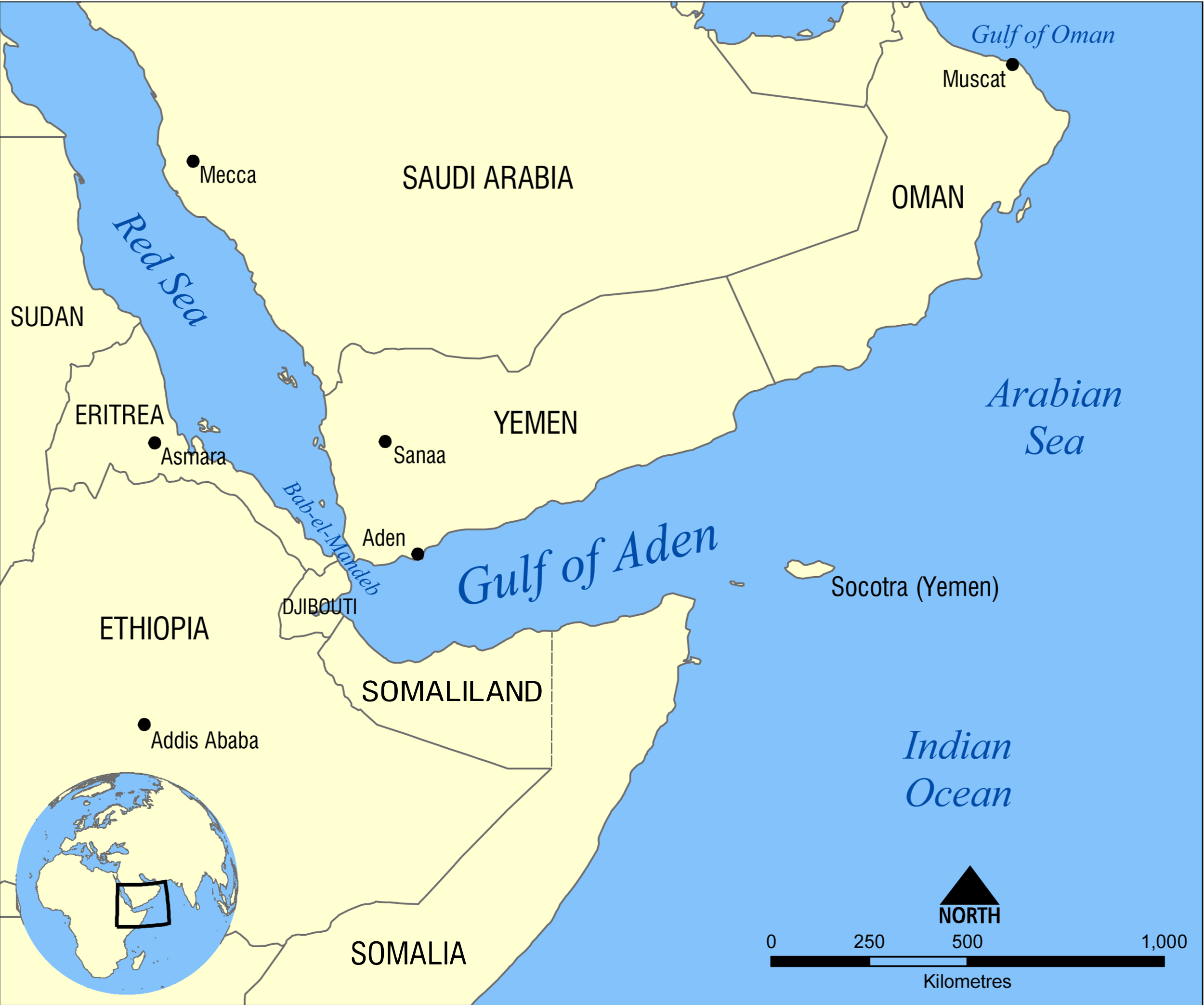 “A Maritime Security advisor provides the U.K. government with analysis and advice on threats to maritime security in the Gulf, helping promote regional security and the protection of U.K. shipping in one of the busiest commercial shipping lanes in the world.”

The U.K. government maintains it is not a party to the war in Yemen but the British military and arms corporation BAE Systems, which works under contract to the MOD, maintains Saudi aircraft that have conducted thousands of airstrikes against Houthi forces.

The Yemen Data Project documents that these air raids have contributed to nearly 9,000 civilian deaths.

Britain is also training Saudi pilots on Typhoon fighter jets and U.K. military personnel are based in the Saudi Air Operations Centre.

In 2019, it was reported that “at least five British special forces commandos had been wounded in gun battles as part of a top-secret U.K. military campaign in Yemen.”

The men were from the Royal Navy’s special forces, the Special Boat Service (SBS), and received the injuries following battles in the Sa’dah area of northern Yemen, where “up to 30 crack British troops are based,” it was claimed.

The SAS has also operated inside Yemen. In January 2019, a 12-man U.S.-U.K. special forces task force, comprising the SAS and the U.S. Green Berets, was reportedly flown into Yemen from Djibouti, ostensibly on an “humanitarian mission.”

Martin Griffiths did not respond to Declassified’s request for comment.

Matt Kennard is chief investigator at Declassified UK. He was a fellow and then director at the Centre for Investigative Journalism in London. Follow him on Twitter @kennardmatt

Mark Curtis is the editor of Declassified UK, and the author of five books and many articles on UK foreign policy.