It took 37 years for the prosecution to turn over exculpatory evidence in a case emblematic of racism in the legal system, writes Marjorie Cohn. 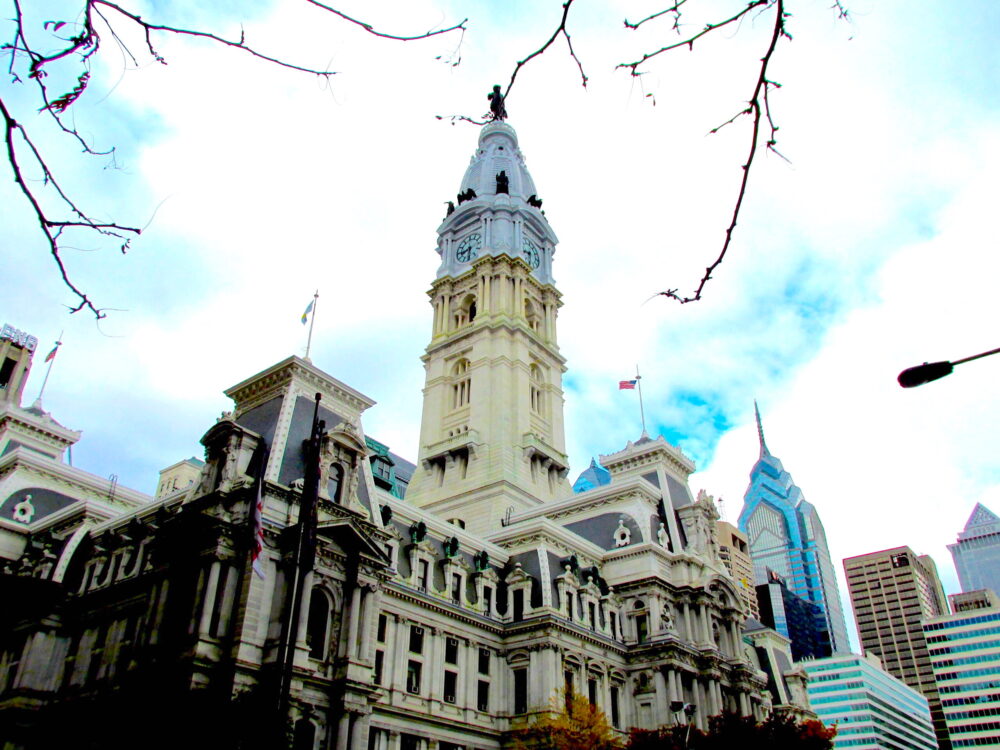 Award-winning journalist and author Mumia Abu-Jamal has been in prison for 41 years in a case infused with racism. The 68-year-old is a former Black Panther and the author of a dozen books, including the celebrated Live from Death Row. After his 1982 conviction in the killing of police officer Daniel Faulkner, Abu-Jamal was sentenced to death. In 2011, his sentence was reduced to life without the possibility of parole. Abu-Jamal has a serious heart condition and other life-threatening health problems.

Faulkner stopped Abu-Jamal’s younger brother William Cook on the morning of Dec. 9, 1981. Abu-Jamal, who was driving a taxi, coincidentally drove by and came to his brother’s assistance. Following a shootout, Faulkner was shot and killed. Abu-Jamal was shot in the stomach.

On Dec. 16, Judge Lucretia Clemons in the Philadelphia Court of Common Pleas will decide whether Abu-Jamal will receive a new trial. His attorneys, Judith Ritter, Samuel Spital and Bret Grote, argue that if the jury had heard newly discovered evidence that was withheld from him and not presented at his murder trial, Abu-Jamal would not have been convicted. On Oct. 26, Clemons indicated her intent to deny Abu-Jamal’s petition for a new trial but she will make a final decision on Dec. 16 after hearing from the parties in the case. 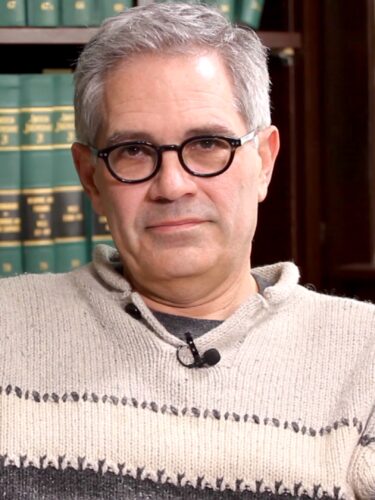 In 2018, one month after his election as Philadelphia district attorney, Larry Krasner reported discovering six file boxes of documents that had never been disclosed to Abu-Jamal’s lawyers. They were labeled “Mumia” or “Abu-Jamal.” The defense first received them in January 2019.

The newly discovered boxes contained material evidence suggesting that one of the government’s star witnesses had been offered a payoff for his testimony and the other eyewitness to the shooting had been promised leniency in her pending criminal cases in exchange for her testimony. There was no other evidence directly connecting Abu-Jamal to the killing.

Since Abu-Jamal’s murder trial, flaws and inconsistencies have come to light leading to widespread calls around the world for his release. His case has become a cause celebre, emblematic of racism in the criminal legal system.

“It shocks the conscience that in a post-George Floyd world, Abu-Jamal won’t get relief. He was beaten within an inch of his life by police after having been shot in the stomach by Officer Faulkner,” Johanna Fernández, an associate professor of U.S. history, wrote to Truthout in an email.

“The prosecutor bribed a testimony out of star witness Robert Chobert, who was driving with two DUIs, no license and had been convicted of throwing a Molotov Cocktail into a schoolyard. The judge was overheard saying by a court stenographer, ‘I’m going to help them (the jury) fry the nigger,’” added Fernández, who is the writer and executive producer of the film Justice on Trial: The Case of Mumia Abu-Jamal. “The only thing Mumia is guilty of is having survived an encounter with the dirty Philly cops, under investigation at the time by the DOJ for brutality, corruption and tampering with evidence to obtain convictions.”

The Supreme Court held in Brady v. Maryland that when the prosecution suppresses evidence favorable to the accused, it violates due process if the evidence is material to guilt or punishment, regardless of the good faith or bad faith of the prosecutor. There is a Brady violation when there is a “reasonable probability” that if the evidence had been disclosed to the defense the result of the trial would have been different.

One of the new documents was a letter from witness Robert Chobert to the prosecutor Joseph McGill that suggested a payoff in exchange for his testimony against Abu-Jamal. “I have been calling you to find out about the money own [sic] to me. Do you need me to sign anything. How long will it take to get it,” Chobert wrote.

In their petition, Abu-Jamal’s attorneys argued that this letter suggests Chobert “understood there to be some prior agreement or understanding between himself and the prosecution, such that the prosecution ‘owed’ him money for his testimony.”

The newly discovered letter corroborates Chobert’s trial testimony that the prosecutor offered to reinstate his suspended taxi drivers license if he retracted his claim that the shooter, who did not look like Abu-Jamal, had run from the scene.

There is a reasonable probability that but for the prosecution’s failure to give this letter to the defense, Abu-Jamal would not have been convicted of murder. 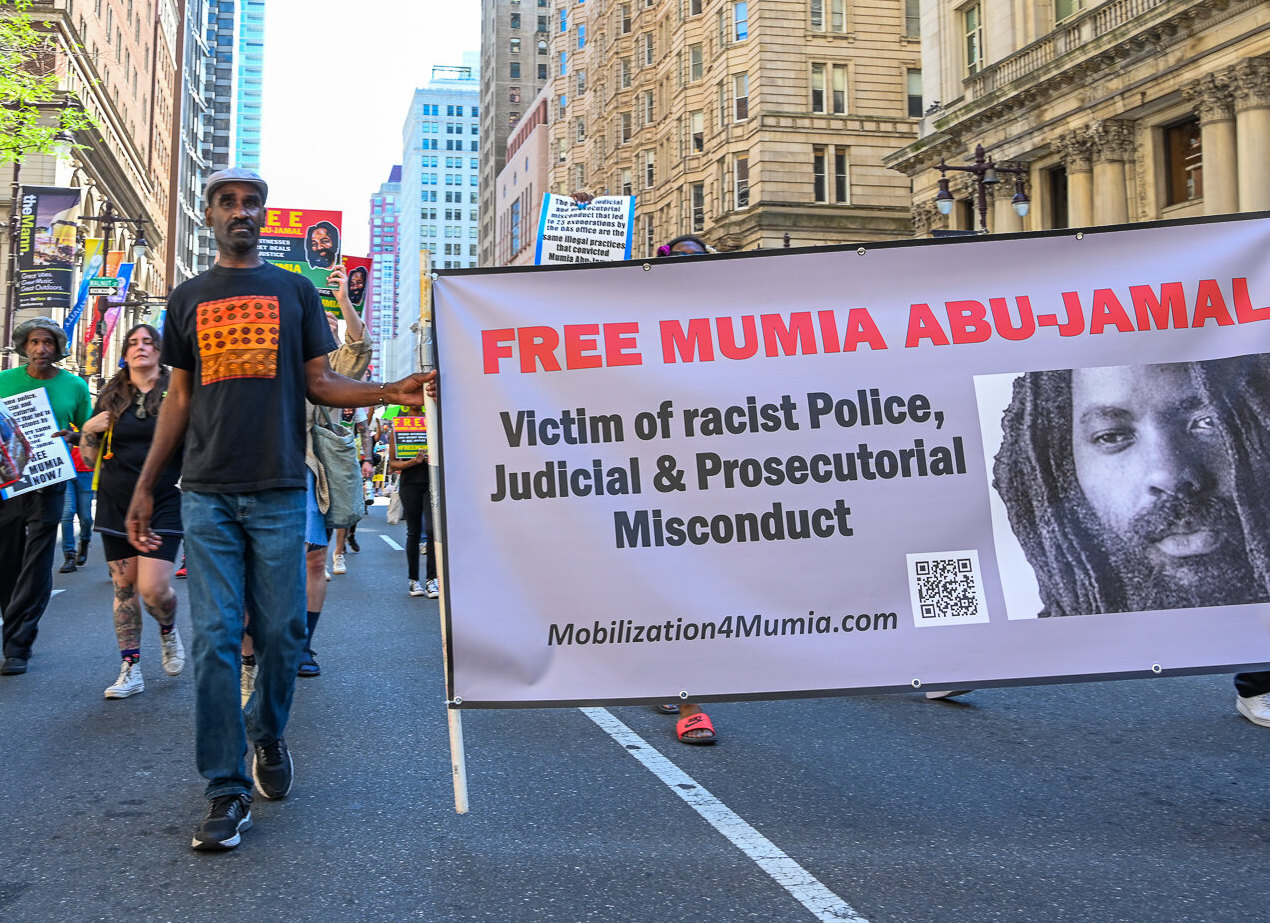 The Other Witness to the Shooting

Cynthia White was the only other witness besides Chobert who testified that she saw Abu-Jamal shoot Faulkner. A sex worker who was vulnerable to coercion, White was also apparently promised inducements for her testimony. At the time of the trial, she was in prison in Massachusetts and there were five criminal cases pending against her.

The newly discovered boxes included letters from the district attorney’s office to prosecutors handing White’s five current cases. These letters, according to Abu-Jamal’s attorneys, “reveal a concerted effort by Mr. McGill and several Philadelphia D.A. Unit Chiefs to bring Ms. White back from Massachusetts, secure an early trial date in order to expedite her release, and ultimately allow her cases to be dismissed for lack of prosecution.”

Abu-Jamal’s lawyers maintain that this favorable treatment was calculated to make “life easier for her in exchange for her testimony against Abu-Jamal.”

In addition, Yvette Williams, also a former sex worker, swore in a 2002 affidavit, “I was in jail with Cynthia White in December of 1981 after Police Officer Daniel Faulkner was shot and killed. Cynthia White told me the police were making her lie and say she saw Mr. Jamal shoot Officer Faulkner when she really did not see who did it.”

There is a reasonable probability that Abu-Jamal would not have suffered a murder conviction if the prosecution had provided these letters to the defense.

Moreover, if the letters regarding inducements to both Chobert and White had been disclosed, there is an even greater chance that Abu-Jamal would have been acquitted of murder. They were the only witnesses who testified that Abu-Jamal was the shooter.

Judge Clemons wrote in her notice of intent to dismiss that any Brady error was not material (prejudicial) because Abu-Jamal would have been convicted anyway. Abu-Jamal’s lawyers responded that the prosecutor relied heavily on the credibility of Chobert’s testimony in his closing argument. They also responded that although White was impeached at trial with her numerous prior criminal charges, she was not confronted with the prosecutor’s promise of leniency (which the defense did not know about at the time of trial). 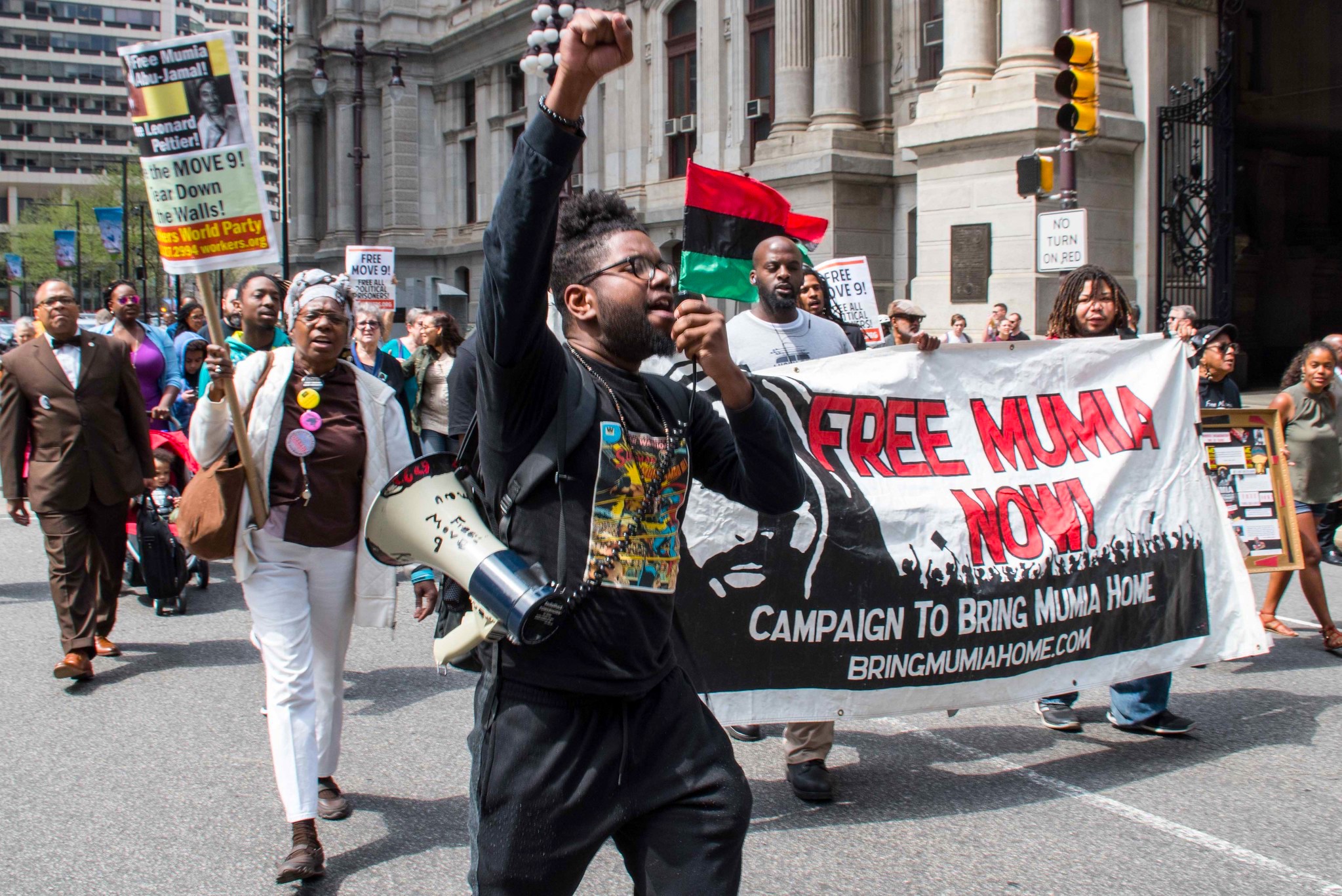 In Batson v. Kentucky, the Supreme Court held that a Black defendant is denied equal protection when members of his race have been purposefully excluded from the jury. The defendant must make a prima facie case by showing that the prosecutor exercised his challenge on the basis of race. Then the prosecutor must present a race-neutral reason from excluding the juror. The court then decides whether the defendant has demonstrated purposeful discrimination.

The newly discovered boxes contained prosecutor McGill’s handwritten notes which show that he marked a large “B” next to potential jurors who were Black. During voir dire, 10 of the 15 people McGill struck from the jury were Black. He thus prevented 71 percent of prospective Black jurors from serving on Abu-Jamal’s jury.

It is “not surprising” that McGill used 10 of his 15 challenges to exclude qualified Black people from Abu-Jamal’s jury, attorney Heidi Boghosian, former executive director of the National Lawyers Guild, wrote in an email to Truthout. “Philadelphia has a deep-rooted Batson problem, or racial discrimination in jury selection,” Boghosian wrote. “From 1977-1986, its district attorney struck 58 percent of potential Black jurors, compared with 22 percent of white ones. In the homicide cases that McGill tried from September 1981 to October 1983, he peremptorily challenged African American jurors 8.47 times more than non-black ones.”

“The newly discovered evidence supports a Batson claim,” Boghosian said. “It must be reviewed, not only in fairness to Abu-Jamal, but also to redress the city’s racially discriminatory tradition.”

Clemons wrote in her notice of intent to dismiss that Abu-Jamal’s Batson claim was waived because he didn’t object at trial and on direct appeal. Abu-Jamal’s attorneys responded that his Batson claim was not waived because it was based on newly discovered evidence. They also wrote that the new McGill notes were relevant to his purposeful state of mind in exercising his challenges to exclude Blacks from the jury.

In 2000, Amnesty International found “that numerous aspects of this case clearly failed to meet minimum international standards safeguarding the fairness of legal proceedings,” and therefore “the interests of justice would best be served by the granting of a new trial to Mumia Abu-Jamal.”

Twenty-two years later, U.N. experts are expressing “serious concern” about racial discrimination in Abu-Jamal’s case. “The United Nations Working Group of Experts on People of African Descent (WGEPAD) has followed Mumia’s case for years and has just filed an amicus brief for his hearing,” Julia Wright, elder daughter of renowned author Richard Wright, told Truthout. “Given instances of the pervasive systemic racism tainting the case to this day, these experts note that international human rights law requires jurists to take responsibility for ongoing effects of racial discrimination, even decades later.” Julia Wright is founder of the Mumia Health Committee, for whom she liaises with the WGEPAD at the United Nations.

According to WGEPAD’s amicus brief,

“a significant percentage of the police officers involved in gathering evidence and presenting the case were investigated and eventually convicted and jailed on charges including corruption and evidence tampering, information that was unavailable to the jury at the time it was assessing the credibility, tendency toward bias, and reliability of these officers.”

It took 37 years for the prosecution to turn over exculpatory evidence to Abu-Jamal’s legal team. If progressive prosecutor Larry Krasner had not been elected district attorney of Philadelphia, the six boxes of evidence would still be collecting dust. It is high time to grant Mumia Abu-Jamal a new trial in which a jury that hasn’t been selected in an overtly racist manner can hear all the evidence.

4 comments for “Mumia Abu-Jamal Has Chance at New Trial”