Unlike Germany and France, for instance, which at times reluctantly follow Washington’s orders, Britain is an eager co-participant in U.S. adventurism, says Joe Lauria.

The following is the transcript of a speech CN Editor Joe Lauria gave to the Human Rights Day Assange rally in front of the British Consulate in New York City on Saturday: 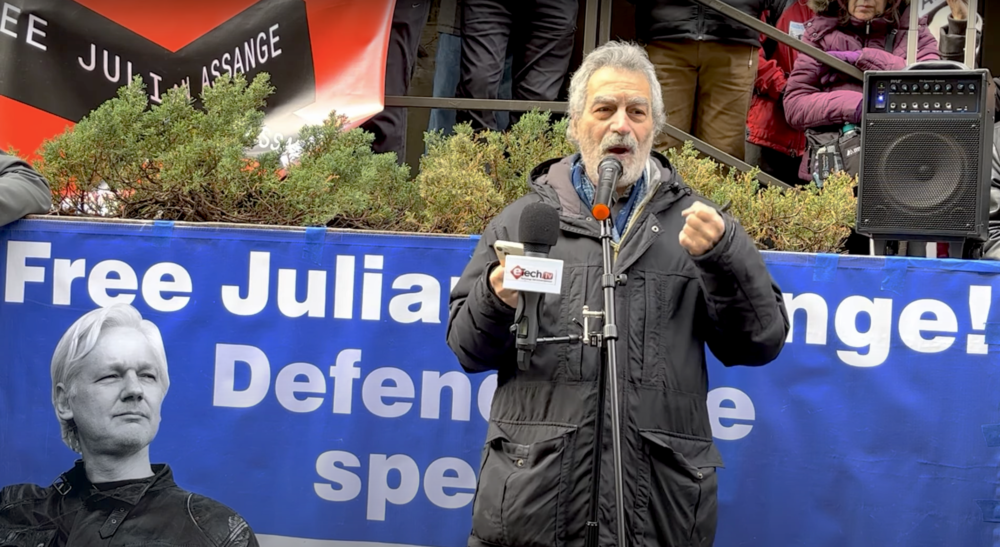 Randy [Credico] asked me to do an impersonation of Fidel Castro in terms of how long he wants me to speak. And I have quite a few things to say here. But first, this building. I used to visit here every week for about ten years to get a briefing from the British ambassador to the United Nations, because in this building is not only the consulate but the U.N. mission. And I was a correspondent for 25 years down there at the U.N. So I got a real sense, an insight into the thinking of British diplomacy and its role in the world and the influence it has.

What became clear to me during my time observing British diplomacy is that it’s very obvious, even with the case of Julian Assange, that the United Kingdom is not another vassal of the United States like Germany or France, which reluctantly goes along with orders coming from Washington [even when it’s not in their interests]. 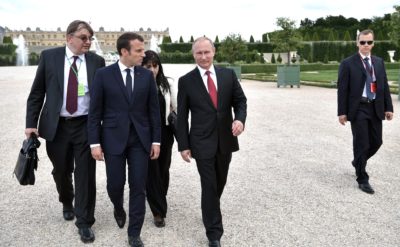 We’ve seen Macron making noises. He goes to see Putin in Moscow. He talks about a new security architecture for Europe and then what happens? Her (Bundestag MP Sevin Dagdelen) chancellor also says things like we’re not going to send weapons to Ukraine. [And he visited the Kremlin too. You didn’t see Boris Johnson going to Moscow. Instead he went to Kiev to tell Zelensky not to negotiate with Putin and that the war must go on.]

Ultimately, Germany conceded to the U.S. They let that pipeline be destroyed. Britain may have been involved in that destruction.

The thing is, we don’t know that for sure, but we do know that the British government, when it lost its empire, really at the Suez crisis when Eisenhower stepped up and stopped it, that’s when they realized that they’d better join the United States in running a joint empire. And being as clever as they are, they’re not just taking orders, in my view, from the United States.

For example, in the first Gulf War, remember that Margaret Thatcher said publicly to George H.W. Bush, ‘Don’t go wobbly about attacking Saddam Hussein’? This is the British prime minister talking to the president in public, telling him to grow a backbone and attack Iraq.

In the second Gulf War, Germany and France voted against the authorization of the invasion down at the Security Council.

That was one of the rare instances where a European so-called vassal stood up to the United States. De Gaulle, pulling France out of Nato being another rare instance. But here was Germany and France voting with China and Russia not to authorize the U.S. invasion of Iraq in 2003. Guess which permanent member was the only one that voted with the United States? [From the audience: ‘Britain.’] Very good.

Great Britain. And why? Because it was planning to join the invasion of its former colony, Iraq, all along. Blair was not Bush’s poodle, as is often thought. The plans were in there to invade, and they took part in it. They couldn’t do it alone. They needed the United States with them. I’m not saying that Britain drove the invasion, but they had an equal part in driving that invasion.

Recall the Downing Street memo. All this talk about 45 minutes and Saddam can have a missile in Trafalgar Square and all that rubbish we were told.

So coming to Julian Assange, we have to understand that this journalist is being persecuted not just by the United States, but by Great Britain too. Why? Because they want him crushed. I’m talking about Whitehall. They want Assange crushed as much as the United States does for revealing crimes of state.

They took an active part in the operation to arrest Julian Assange from the Ecuador embassy in London. And how did they do that? Well, it was called Operation Pelican, and this is from Declassified UK reporting.

In the last few days the Home Office had eight staff, and the Cabinet Office had seven staff working on a secret operation to arrest Julian Assange in April 2019.

The Ministry of Justice, which runs the courts. They won’t say if their staff was involved in this Operation Pelican. The Foreign Office at first refused to say if its premises were used for the operation, and they lied. A junior minister from the Foreign Office lied to Parliament saying that they weren’t involved. And now it’s been revealed that, yes, they had several officers working on this case from the Foreign Office. 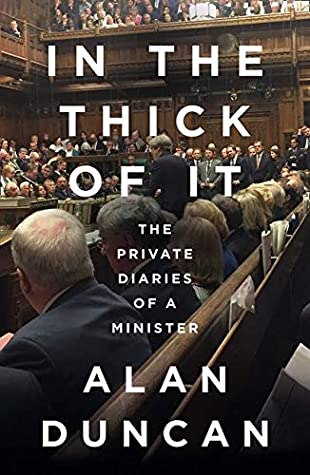 And Sir Alan Duncan, who was foreign minister for the Americas and for Europe from 2016 to 2019, he ran this U.K. campaign to force Assange out of the embassy. As a minister in Parliament he made his opposition to Assange very well known. He called Julian Assange a ‘miserable little worm’ in a speech to the House of Commons.

In his diaries, Duncan refers to, quote, ‘the supposed human rights of Julian Assange.’ He admits in his book to arranging an article in The Daily Mail, a hit piece on Assange in the Mail that was published the day after Julian was arrested. Duncan watched the U.K. police pulling Julian Assange out of that embassy in London from his operation room in the Foreign Office.

He watched a live feed and they were wearing ties. His team wore ties that were adorned with little pictures of pelicans from Operation Pelican. And they had a drink to celebrate the arrest of Julian Assange. Afterwards, Theresa May, who was the Prime Minister at the time, announced to the House of Commons that he’d been arrested. And there was a loud cheer.

I don’t know if it only came from the Conservative backbenchers. It could have also been Labour. I wouldn’t be surprised. Duncan, a couple of days later, flew to Ecuador to thank President Lenin Moreno, the new government of Ecuador that lifted the political asylum of Julian Assange. He thanked him and brought him a beautiful porcelain plate from the Buckingham Palace gift shop. 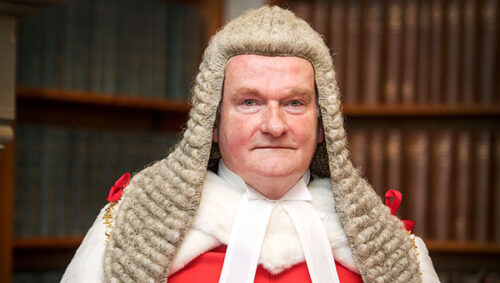 I just want to say that the independence of the British judiciary is at stake in this case. Assange is waiting for a decision from the High Court on his application to appeal the extradition order, as well as aspects of the lower court ruling. The Lord Chief Justice Ian Burnett, is the judge who will decide whether to accept that appeal. And guess what, Alan Duncan and Judge Burnett are good friends.

They have lunch together. They went to their birthday parties. So we want to know, is this an independent judiciary in Britain? I’ll tell you that it’s clear that the image of British justice and justice itself is on the line in the case of Julian Assange. If he’s extradited, the whole world will know the British role in this tragedy and this travesty.

9 comments for “The Unreluctant Vassal”