Wilmer Leon says it’s time for the African-American community to take stock, not of the original 13 members of the Congressional Black Caucus, but of the current 58. 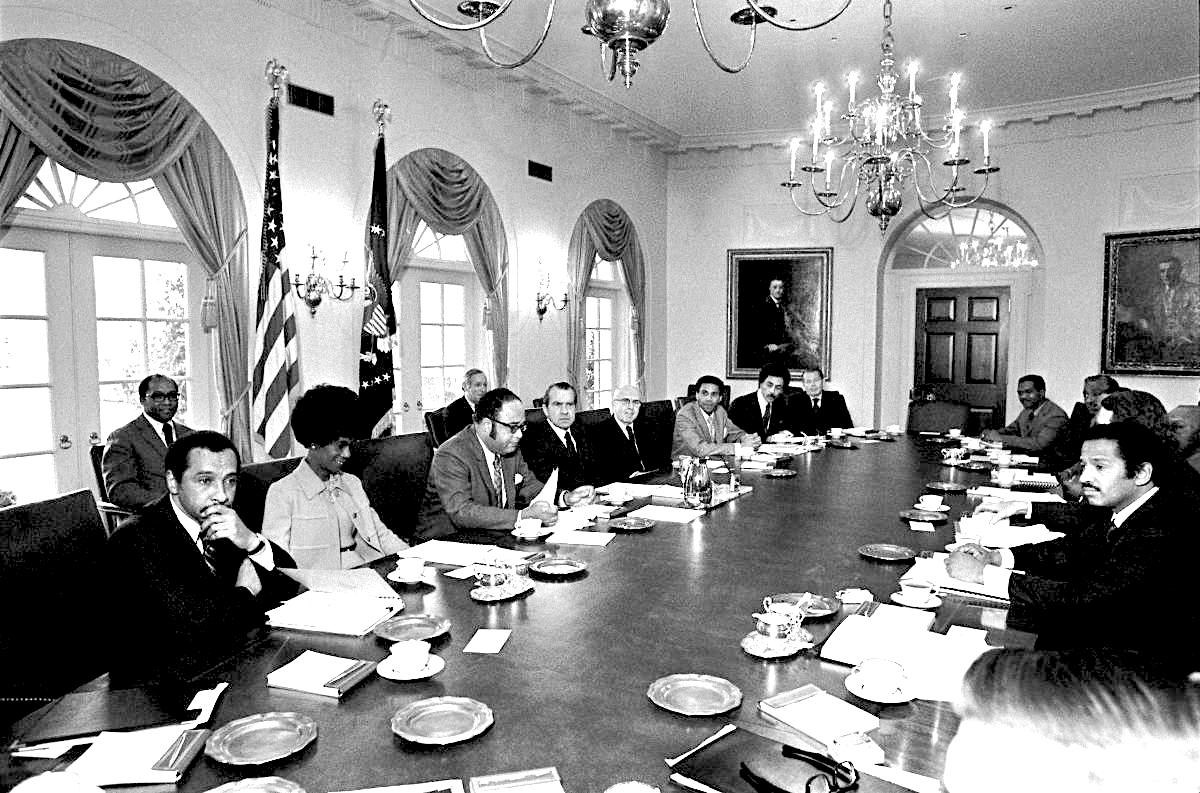 “Even though we think first of those we were directly elected to serve, we cannot, in good conscience, think only of them — for what affects one black community, one poor community, one urban community, affects all…,” Letter from Congressional Black Caucus to President Richard Nixon in 1971.

In the 1960s, Rep. Charles Diggs (D-MI) established the Democracy Select Committee (DSC) to bring the nine elected African-American  House members together.  They were organized in order to help them strategize around their common issues and develop policy initiatives that would address the problems facing their African-American constituents.

“The sooner we get organized for group action, the more effective we can become,” Diggs said. The operative words in Diggs’ statement are “group,” “action” and “effective.” Is the current iteration of the Congressional Black Caucus (CBC) as a group taking effective action?

By the beginning of the 92nd Congress, (1971-1973) the number of African-American representatives had risen from nine to 13. Rep. Louis Stokes (D-OH) said, “In addition to representing our individual districts, we had to assume the onerous burden of acting as congressman-at-large for unrepresented people around America.” Those 13 African-American  members founded the Congressional Black Caucus in 1971.  It was from that above referenced 1971 letter to Nixon that the CBC became known as “The Conscience of the Congress.”

Actor and activist Ossie Davis was the keynote speaker at the first CBC fundraising dinner in 1971. The title of his address was, “It’s Not the Man, It’s the Plan.”  In this address he challenged the members of the CBC by stating, “…the time has … come when rhetoric will begin to take a back seat. … Give to us a ‘Ten Black Commandments,’ simple and strong…”

He closed by saying, “Let us stop making history by ad hoc methods and impromptu improvisations. Let us plan the whole thing out  ….” He directed CBC members to give people their assignments and hold them strictly responsible if they don’t carry them out. 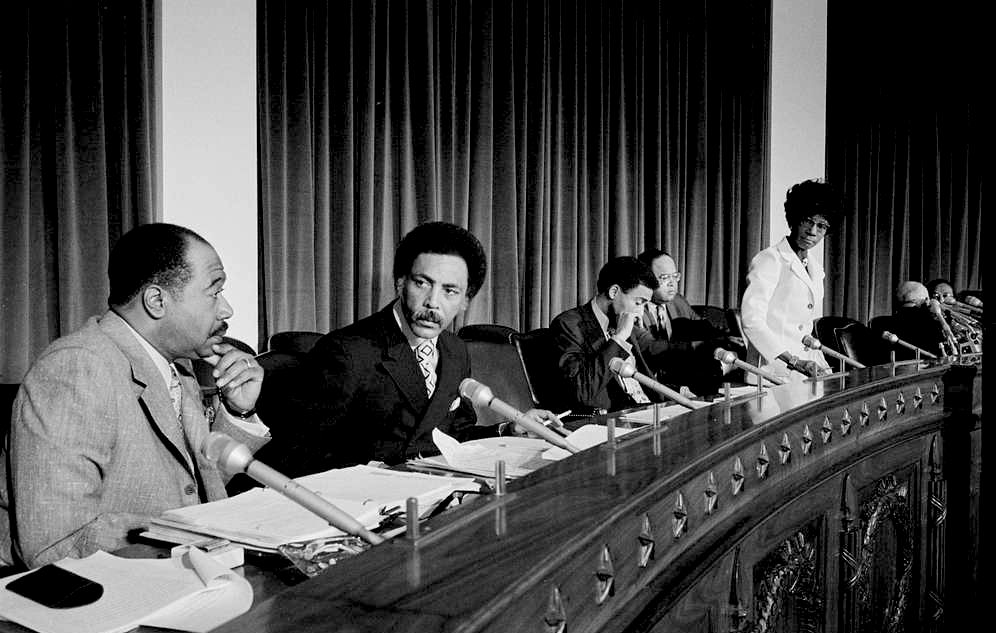 Has the “conscience of the Congress” become unconscious? Have they devolved  into a comprador class of relatively privileged, wealthy and educated natives of a colonized land who have been “bought” by the colonizers? More simply put by the late journalist Glen Ford, have they become “the Black Misleadership Class?”

“…the Congressional Black Caucus (CBC) has been committed to using the full Constitutional power, statutory authority, and financial resources of the federal government to ensure that African Americans and other marginalized communities in the United States have the opportunity to achieve the American Dream.”

Davis said in his address, “…the name of the game is power – and if you ain’t playing power, you’re in the wrong place.”  Is the CBC using its power as a 58-member potential voting bloc to demand substantive change, or are they a rubber stamp for the interests of the American elite?  They appear to be less effective now than they were 51 years ago. 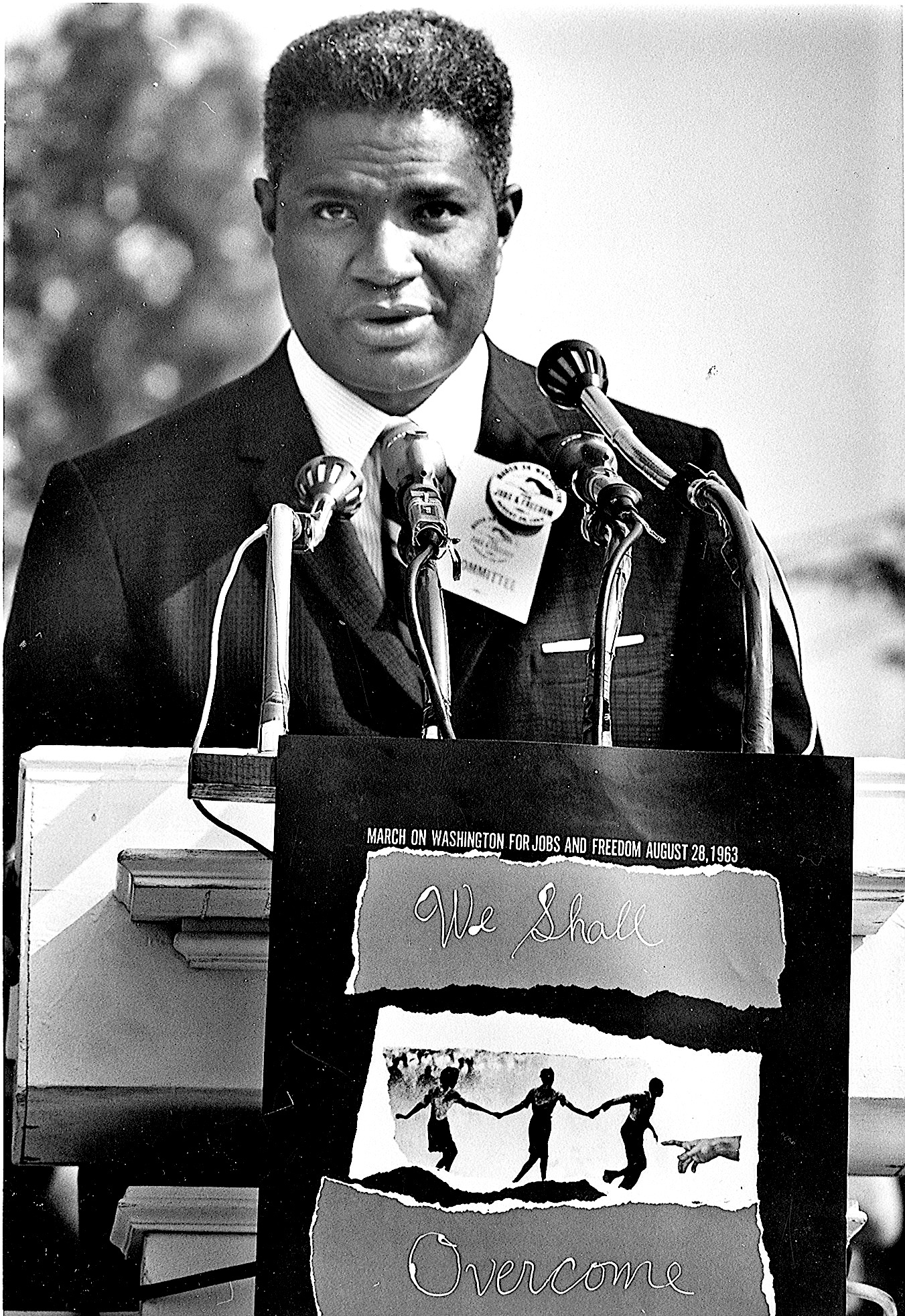 Before examining domestic policy, take a look at some foreign policy blunders. In April the House passed the Countering Malign Russian Activities in Africa Act. Using pages from the Cold War playbook, the U.S. is once again invoking the threat of a Russian boogeyman to justify American imperialism in Africa. The bill passed the House on a 415-9 vote.  All of the so-called “progressive” members of the House, the Squad and the CBC supported this legislation.

The act sanctions African nations that fail to follow the American lead and choose to exercise their sovereignty by ignoring American dictates not to do business with Russia.  SADIC, the 16-member regional bloc of Southern African countries, said in a joint statement that the United States is “bullying” African nations and punishing them for not following the “failing U.S. sanctions regime” that has made the African continent “the target of unilateral and punitive measures.”

The U.S. African Command (AFRICOM) is another unfortunate example of the U.S. using militarism as an offset to diplomacy and the basis of interventionism in African countries. The CBC’S direct and tacit support of AFRICOM is a travesty.

There has been a significant increase in coups over the last 18 months, with African military leadership, many of them AFRICOM trained, carrying out takeovers or attempted takeovers in Burkina Faso, Sudan, Guinea, Chad, Mali, Niger and Guinea-Bissau.  The Black Alliance for Peace calls for the CBC to support opposition to AFRICOM and demands the CBC’s commitment to holding hearings about the military program’s negative impact on the African continent. To date the CBC is conspicuously silent on these demands. 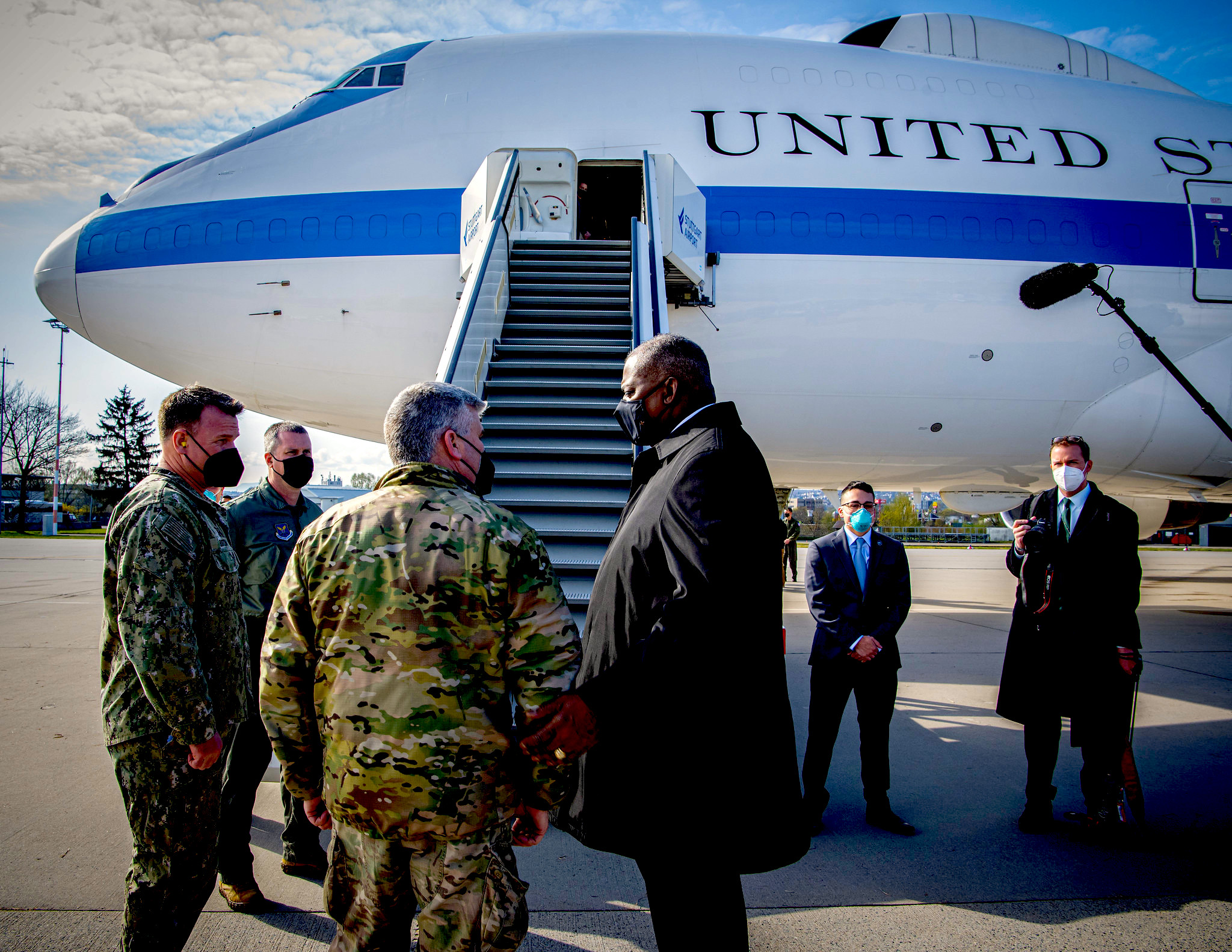 On another front, in response to the rapidly deteriorating security and humanitarian situation in Haiti, the Biden administration is at the U.N. seeking support for “the immediate deployment of a multinational rapid action force” to go into Haiti. The problem is, most of the problems in Haiti are a result of U.S. interventionist and hegemonic imperial policies towards the island nation.  President Joe Biden is now hoping to use the Trump-era Global Fragility Act (GFA) as its cover for U.S. military intervention.

The GFA is being heralded as an enlightened new approach to diplomacy when in fact it’s old wine in new bottles. Biden said the GFA “…provides a roadmap:  a 10-year effort to strengthen the security and prosperity of people everywhere by helping to fortify the footing of parts of the world that continue to grapple with challenges that can lead to destabilizing conflict and violence.”

The problem with this so-called logic is that when you look at the countries targeted: Haiti, Libya, Ghana, Guinea and others; the U.S. and its Western allies have been largely responsible for their instability by assassinating their leaders and fomenting coups.

Simply put, the U.S. is implementing a “new” strategy (of which military intervention is an important element) to “solve” the problems that U.S. intervention has caused. The CBC has gone right along with these imperialists, hegemonic and interventionist policies instead of standing up for the victims and speaking up against these racist policies. If the CBC were in the Black Panther movies, they would be called “colonizers” by the Wakandans.

Here’s how the U.S. government uses domestic policy to aid foreign nations that are not occupied by peoples of color. Biden signed the FY 2022 National Defense Authorization Act (NDAA) into law.  As a part of this, the Ukraine Security Assistance Initiative was extended through 2022 and its funding was increased from $250 million to $300 million per year.

On May 21, Biden signed into law the Additional Ukraine Supplemental Appropriations Act, a law that provides nearly $40 billion in additional military, economic and humanitarian aid.  These U.S. taxpayer dollars provide housing, education, medical and other types of assistance for those in Ukraine.

Those Ukrainians who have made it to the U.S., as “refugees and parolees,” will receive support through Temporary Assistance for Needy Families (TANF) or Supplemental Security Income (SSI); health insurance through Medicaid; and food assistance through the Supplemental Nutrition Assistance Program (SNAP).

In a time when Americans are facing extreme unemployment, foreclosures and evictions, energy poverty and homelessness, they are in great need of social safety net programs. Yet, the CBC voted unanimously to fund the NDAA and pour hard-earned taxpayer dollars into supporting the military industrial complex and boondoggles like the war in Ukraine.

The CBC was established to help African-American  members of Congress strategize around their common issues and develop policy initiatives that would address the problems facing their African-American  constituents. They are supposed to be the “conscience of the Congress”; unfortunately for us, they are unconscious.

Dr. Wilmer Leon is the author of Politics Another Perspective and a nationally broadcast talk radio program host. Go to www.wilmerleon.com or email: wjl3us@yahoo.com. www.twitter.com/drwleon and Dr. Leon’s Prescription at Facebook.com.

7 comments for “Is the ‘Conscience of the Congress’ Unconscious?”