The author’s salvo follows a gathering at which activists were harassed, surveilled and sidelined by Egypt’s authoritarian government as lobbyists from Exxon, Chevron and other fossil fuel giants swarmed the venue. 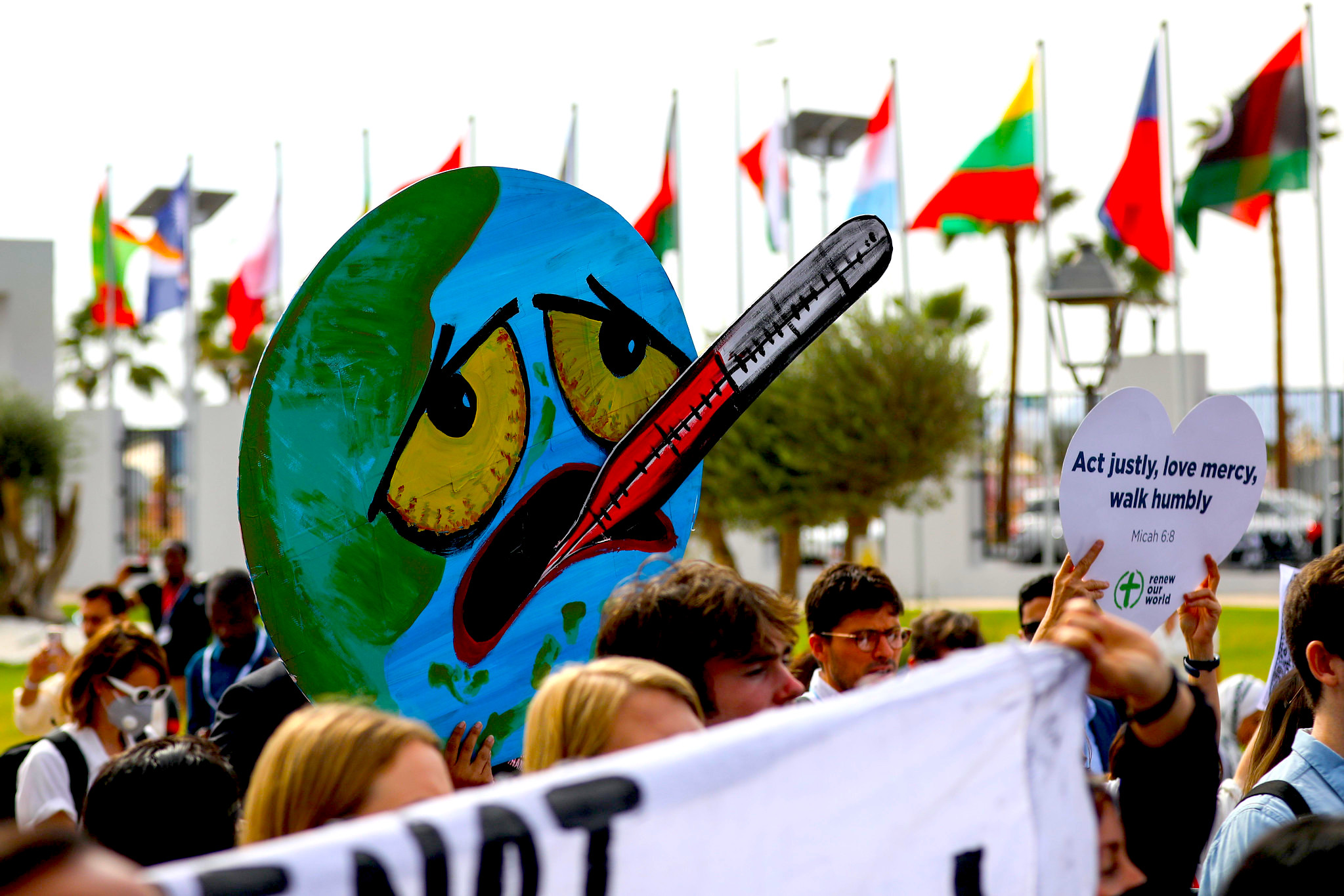 Author and environmentalist Naomi Klein this week urged civil society organizations to boycott the 2023 COP climate summit in the United Arab Emirates — one of the world’s largest oil producers — after this year’s summit concluded without any concrete action to phase-out fossil fuels, despite the best efforts of campaigners from around the world.

Listing off some of the marked failures of COP27 — from the host government of Egypt’s refusal to release political prisoner Alaa Abd El-Fattah to the “weak climate agreement that protects polluters” — Klein argued in a series of tweets that “now is the time to decide not to do this all over again next year, when the summit will be in the UAE. Of all places.”

“Civil society should announce a boycott + instead hold a true people’s summit,” Klein wrote. “One gathering per continent to limit flying. Links to the official summit by video.”

“There can be lobbying sessions built into the COP28 program with governments who will obviously go to the UAE,” she continued. “But why should civil society expend the carbon, money, and time to join them just to declare it a failure all over again? Let’s try something new.”

Now is the time to decide not to do this all over again next year, when the summit will be in the UAE. Of all places.

Civil society should announce a boycott + instead hold a true people's summit. One gathering per continent to limit flying. Links to the official summit by video

Klein’s call for a new oppositional approach to the annual United Nations climate summit came in the wake of a gathering at which civil society was harassed, surveilled, and sidelined by Egypt’s authoritarian government as lobbyists from Exxon, Chevron, and other fossil fuel giants responsible for record-high greenhouse gas emissions swarmed the summit, fighting off efforts to include a fossil fuel phase-out in the summit’s final text.

As the Financial Times reported, “The final hours of the summit were marked by a push from dozens of countries to include a pledge to phase down all fossil fuels, which was ultimately unsuccessful.”

Klein was hardly alone in lamenting the repeated failures of COP summits to directly confront the industry driving the climate crisis and stressing the urgent need to develop alternative avenues toward achieving ambitious climate action — particularly as COP28 in the U.A.E. appears set to deliver more of the same.

“It is extraordinary that in 30 years of U.N. climate negotiations, eliminating the primary cause of global heating has never been mentioned in the decisions,” Damian Carrington, The Guardian‘s environment editor, wrote Sunday in a postmortem on the Paris climate accord’s critical 1.5°C warming target, which continues to slip further out of reach as fossil fuel extraction proceeds apace. “Given that next year’s U.N. climate summit will be hosted by a petrostate, the United Arab Emirates, it is hard to see how a crackdown on fossil fuels will happen there either.”

“It remains imperative to get off coal, oil, and gas as rapidly as possible. Every tonne of CO2 that remains in the ground means less harm to lives and livelihoods,” Carrington added.

“Can the U.N. climate talks deliver this at speed? It does not look that way. It is too easy for the fossil fuel states to hold the consensus-based negotiations to ransom, threatening to blow up the whole thing if their black gold is so much as mentioned by name. There were more fossil fuel lobbyists at Cop27 than delegates from the Pacific islands, which their industry is pushing below the waves.”