The glory days of the league during the era of Nasser are gone, writes As`ad AbuKhalil. Statements were made during last week’s summit, but Arabs were not listening. 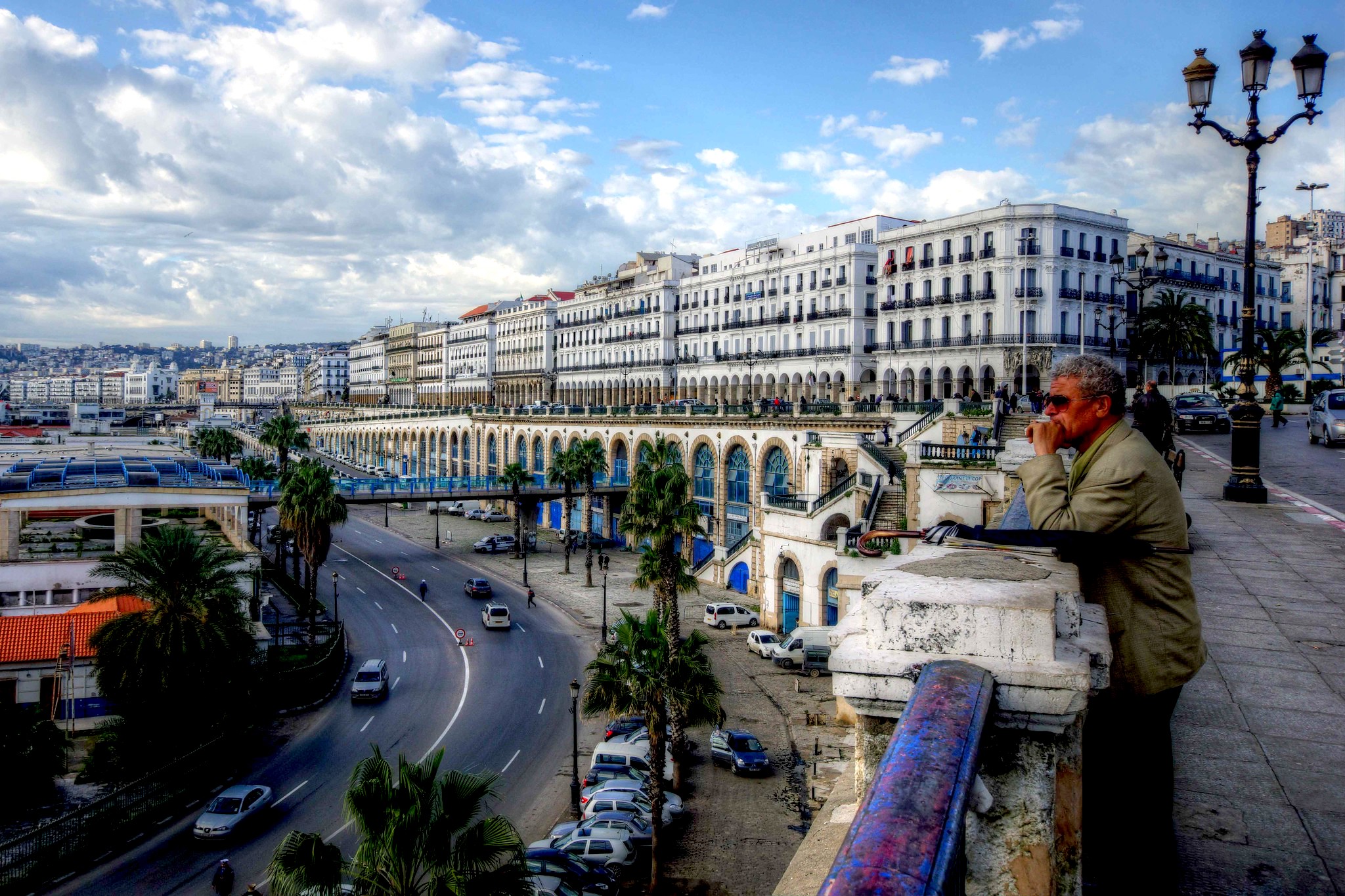 The glory days of the Arab League are long gone. Gone are the days when Arabs awaited with great anticipation footage of Arab leaders meeting together in one big hall.  That was the era when the presence of Egypt’s Gamal Abdul-Nasser at a summit mesmerized Arabs throughout the region.

His speeches and movements were followed in the way people in the West follow rock stars.  Today, Arabs don’t care about boring speeches delivered by semi-illiterate rulers.

The Moroccan king is in a deep conflict with the Algerian government over the Western Sahara issue and the Abraham Accords. Algeria broke diplomatic relations with Morocco after Rabat opened an Israeli embassy. Of course, Gulf despots had to show solidarity with the ailing Moroccan king by boycotting the summit.

The Arab League was founded by the British government in 1945 to thwart Arab popular efforts at Arab integration and unity.  Rather than allowing Arab people to create large, all-encompassing entities that would erode the artificial lines of demarcation by British and French colonial powers, the British government wanted to control Arab officialdom and subjugate the population.

Britain was also concerned the Arab masses’ anger over Palestine would influence the behavior and policies of their rulers.  The Arab League was an attempt to gather puppets of the British government together and let them speak on behalf of the oppressed Arab people but without taking any action that would disturb Israel or the West. 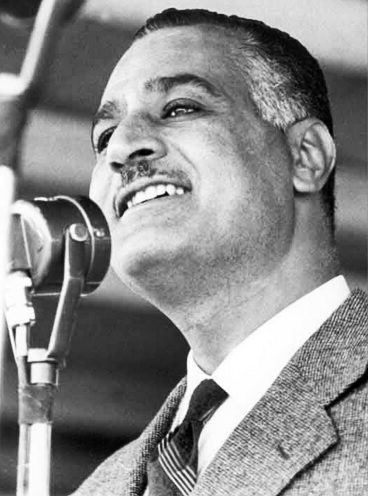 The League, however, was boosted substantially with the rise of Gamal Abdul-Nasser.  He was the leader who inspired Arabs and propagated ideas of Arab nationalism and unity.

The Egyptian leader introduced new concepts of dignity and pride and called for the rejection of Western colonialism.  Western governments took notice and conspired against Nasser two years after he assumed power in 1954.

(In 1956, France, the U.K. and Israel invaded Egypt to overthrow Nasser. The attempt failed when the Egyptian people rallied behind Nasser and President Dwight Eisenhower forced the invading armies to evacuate Egypt.)

The summits started as a convention for Arab governments to coordinate responses to the Zionist threat in Palestine.  By 1945, when the Arab League was founded, the Zionist forces had made clear that their plans wouldn’t be confined to a small entity within Palestine. They were also clear they wouldn’t abide by Britain’s 1939 White Paper which promised — albeit vaguely — the creation of an Arab state and the imposition of limits on Jewish immigration to Palestine.

Arabs were angry and demanded their governments meet the challenge by offering military support for the Palestinians. But Arab rulers by then were already beholden to Western powers and few could decide independently on matters of Arab national security.  As 1948 approached, Arab leaders were meeting in secret sessions and promising there was a “secret plan” by Arab governments to defeat the Zionist forces.

Arabs quickly discovered that the “secret plan” was nothing more than a rhetorical ploy to assuage the anger of the population.  Nineteen forty eight was the year Arab governments, especially in Syria, Jordan, Lebanon and Egypt, lost credibility with their populations.  The year of the Nakbah (when Palestine was occupied by Zionist forces) was the year that inaugurated a sequence of military coup d’etats in the Arab region.  Three military coups took place in Syria alone in 1949 (at least one undertaken by the C.I.A).

Nasser’s rise to power in 1954 changed the role of the Arab League. It was no longer the vehicle of Western colonial power. Instead, Nasser wanted to instill a sense of Arab brotherhood among the regions’ leaders. 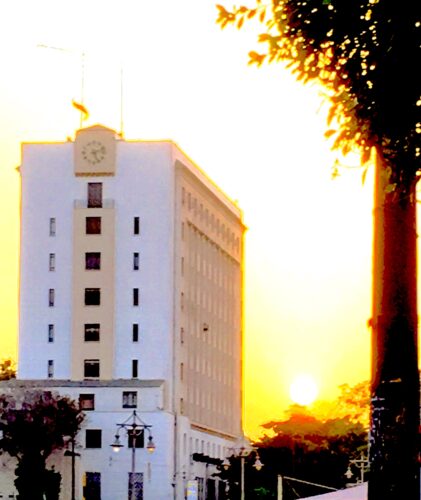 The sun goes down on the Arab League headquarters  in Cairo. (Joe Lauria)

Furthermore, he wanted to coordinate the official Arab responses to the Zionist threats. That proved an impossible task: not only because many Arab rulers were in cahoots with the West but also because infighting and competition among Arab governments was too intense for agreement to be reached.

Nasser himself engineered the division of Arab governments into a “reactionary camp” and a “progressive camp,” and was keen on unseating rulers in the reactionary one. That was the time (before 1967) when Nasser was at the height of his self-assurance and confidence. It was the time when Nasser’s speeches unsettled most rulers in Arab capitals.

Nasser created the institution of Arab summitry in 1964 in the face of Israel’s attempt to divert the Jordan River.  Arab leaders gathered and pledged to unite in preventing Israel from imposing its plans. But in reality Israel was able to do what it wanted.  It sent a private threat to the Lebanese government, among others, that any obstruction of its plans would be met by military force.

It is ironic that mighty Israel, which could scare and intimidate all Arab armies, was at the time regarded in Washington, and in the West at large, as peaceful state surrounded by mighty Arab armies aimed its destruction.

Nasser was by far the star of those Arab summits, which were known more for photo opportunities and speeches than for collective action. But it was a chance for the Arab people to see their beloved Nasser mingling not only with his allies among the leaders, but also among his bitter enemies in the “reactionary camp.”  But the 1967 defeat to Israel brought Nasser’s stardom in Arab summitry to an end. He could no longer abide by the division of the Arab world into two camps.

‘No Peace, No Recognition, No Negotiation’

Nasser was severely wounded politically and he desperately needed the Gulf’s financial support to rebuild his army.  The most famous Arab summit that followed was in Khartoum in September 1967, which declared: No peace, no recognition and no negotiation with Israel. The statement was a victory for Nasser because Western powers had hoped a weakened Nasser would sound less defiant. 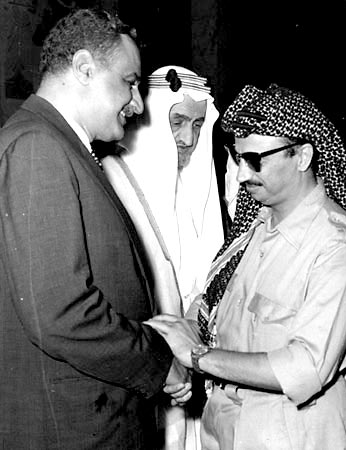 It was ironic that Nasser died hours after hosting the famous Cairo summit in the summer of 1970. It followed Black September, when the Jordanian regime clashed with Palestinian forces in Jordan, where the PLO had its headquarters prior to establishing it in Beirut.

Nasser did not — contrary to the expectations of the Palestinians — side with the Palestinian forces and seemed to identify with the Jordanian king.  Nasser had already agreed to the American Roger’s plan for a diplomatic process for Arab-Israeli peace.

After Nasser’s death in 1970, the Arab League was deeply splintered into various camps, but the Saudi regime managed to maintain control of its agenda and resolutions.

Egyptian leader Anwar el-Sadat’s trip to Jerusalem in 1977 all but ended the League. It was relocated from Cairo to Tunisia from 1979 to 1990, and Egypt was expelled, though the Saudi regime and other Arab governments maintained secret ties with Sadat at the behest of the Americans.

The final blow to the League came in 1990 when the U.S. ordered Egyptian President Husni Mubarak to assemble a summit to pass a resolution essentially allowing the U.S. to deploy troops to expel the Iraqi army from Kuwait. The league never recovered from that. Even the Saudi government lost interest in its activities.

By 2011 the Qatari government maneuvered to take over the Arab League and pressed for the expulsion of Syria and support for Muslim Brotherhood-inspired uprisings.

The summit last week paid lip service to the two-state solution, avoided the controversy over the Abraham Accords and struck a neutral position on Ukraine.

The summit’s communique did not produce any new policies; it merely reiterated that despite Israeli aggression and occupation, peace will remain a “strategic option.” The statement also condemned Iranian and Turkish intervention in the region.

But the Arab people themselves were not paying attention.

As`ad AbuKhalil is a Lebanese-American professor of political science at California State University, Stanislaus. He is the author of the Historical Dictionary of Lebanon (1998), Bin Laden, Islam and America’s New War on Terrorism (2002), The Battle for Saudi Arabia (2004), and ran the popular The Angry Arab blog. He tweets as @asadabukhalil

← Chris Hedges: Destroyers of US Democracy
Secret Power: The War on WikiLeaks →

1 comment for “THE ANGRY ARAB: The Irrelevance of the Arab League”