The agreement is not a step toward normalization, says As`ad AbuKhalil.  Lebanon is split. 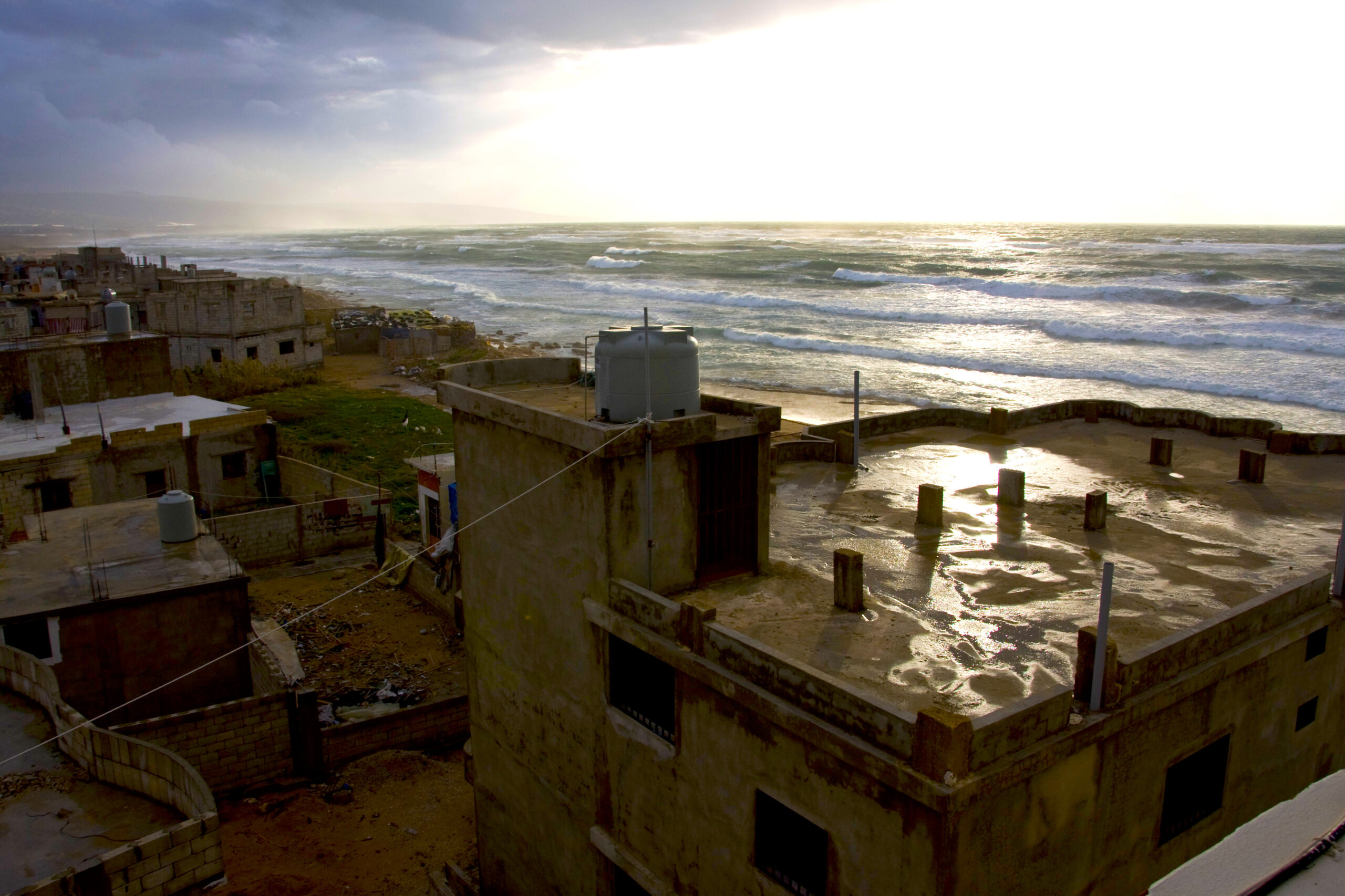 The U.S. managed to announce an agreement last week between Lebanon and Israel regarding the maritime boundary between the two countries, which should really be called the Lebanese-Palestinian maritime boundary as Israel occupies Palestine.
The deal “paves the way for both countries to develop gas fields under the eastern Mediterranean. A consortium led by France’s Total will develop the Qana field for Lebanon, which is in the grip of one of the world’s worst economic crises. Production at Israel’s Karish field began [last] Wednesday,” the Financial Times reported.

The announcement was met with mixed reactions in Israel in an election year.

The sitting right-wing government insists Israeli interests are met in the agreement, while the ultra-right wing opposition led by Benjamin Netanyahu — poised to resume power  after Tuesday’s election — argues the deal came only after deep concessions to Hizbullah, which forfeited Israeli interests.

In Lebanon, the agreement was also met with divergent reactions: the sitting government of Hizbullah and its allies supported it and claimed it met Lebanese national demands, which prompted the opposition (run by the Saudi and U.A.E. regimes) to paint Hizbullah has having agreed to normalization with Israel. 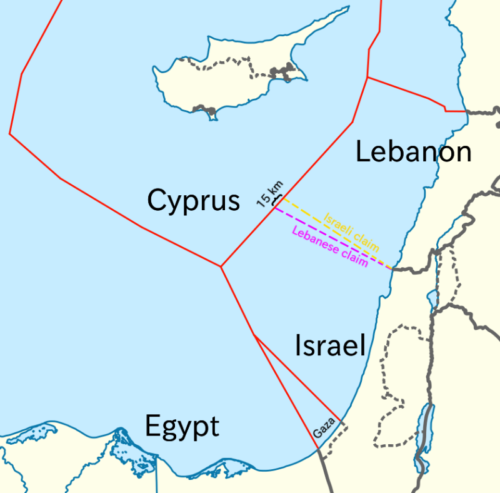 Nothing of the sort happened of course. But the enemies of resistance to Israel want to undermine the resistance at every turn, and it’s in their interest to vilify the only group actually still deterring collaboration with Israel.  The very Lebanese clients of the U.A.E. and Saudi Arabia who criticized Hizbullah themselves support Gulf normalization with Israel.

This normalization process began at the end of 2019 when former U.S. President Donald Trump sponsored the Abraham Accords, which achieved normalization between Israel and despots in Bahrain, Morocco and the U.A.E. The U.S. was also at the time imposing stiff sanctions and other pressure on Lebanon because of Hizbullah, the armed, anti-Israeli force in South Lebanon.

The U.S. and the West have historically insisted that Arabs should never resist Israeli aggression and occupation, portraying Arab resistance as anti-Semitism.  Palestinians and Arabs were expected to sit down, keep quiet, and merely await the results of decades of the American-run peace process. 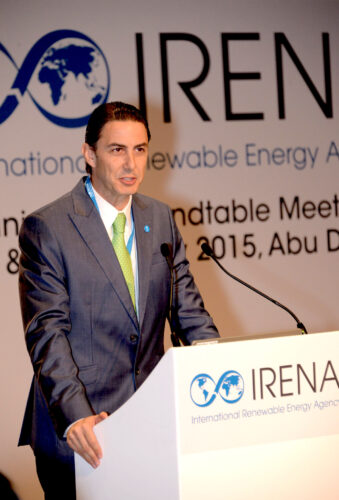 The negotiations dragged on for months (and stalled last May), while Israel helped itself to the under-water resources in the Mediterranean.  International law and U.N. resolutions have never meant anything to the Zionist state.

Lebanon never had a unified stance in the negotiation: the camp that belonged to the Gulf and the West was willing to give Israel whatever it wanted in the sea (Fouad Sanyurah, the former prime minister and a key client of Saudi Arabia and U.S., agreed in 2007 to line 1 which basically gave Israel the fields of Karish and Qana).

Lebanon first demanded line 29 ,which would give it part of Karish oil field and all of Qana, but eventually Israel agreed to give most of Qana to Lebanon while keeping all of Karish. Israel only retreated from its original stance because Hizbulalh sent three drones to the site of an Israeli installation and posted videos showing their GPS locations.  It was proven to Arabs, yet again, that Israel only understands the language of force, which it ironically always says about the Arabs.

No Movement on Normalization

The agreement is not a step toward normalization.  Lebanon is split. The Western and Gulf camp does not object to normalization but Hizbullah and its allies are still opposed especially as Israel still occupies Lebanese territory and still violates Lebanese sovereignty on a daily basis.

It is likely the U.S. will pressure Lebanon economically to seek normalization — as it did to Sudan — since Washington has no apparent qualms about exploiting the suffering and misery of the region’s people to advance the cause of diplomatic ties with Israel.  Though the Sudanese ruling junta agreed to normalize and is now at the mercy of the Mossad, the misery of the Sudanese people has not been alleviated.

Israel will stick to the maritime agreement because it knows full well Lebanon has a military force, Hizbullah, that can again humiliate it, as it did in 2006.

Nevertheless, the agreement will not settle all differences. The U.S. and Israel employed “constructive ambiguity” in the deal and Lebanon foolishly agreed to a vague formulation regarding the “sharing” of profit from Qana field.  Furthermore, Lebanon made a mistake by agreeing to the finality of the terms, which clashes with its ostensible support for the liberation of Palestine.

In the event of a disagreement the impartial American mediator will step in to insist on the Israeli interpretation of the agreement.

The Lebanese Crisis & US Pressure

Lebanon’s financial collapse has focused attention on the extent of corruption in Lebanon, where billionaires enrich themselves from the state while the population becomes impoverished with their life’s savings wiped out.  Pension funds of unions and state workers have also disappeared.

The U.S. has been playing the sanctions card in Lebanon ostensibly in the name of fighting corruption — which is rather funny because the most corrupt people in Lebanon, including the notorious governor of the Central Bank, are U.S. clients. They have amassed fortunes through corruption by virtue of their control of state assets and funds.  The U.S. instead imposed sanctions only on allies of Hizbullah (there was one ally of Said Hariri who suffered sanctions because he had a rift a with U.S. clients in Lebanon). 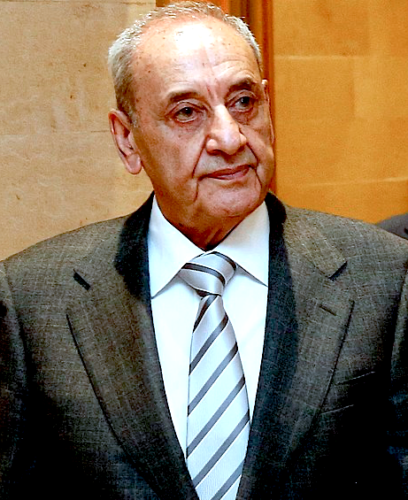 Nabih Berri, the longtime speaker of Parliament, was the central figure in those negotiations as was the president of Lebanon, Michel Awn. Both are bitter enemies but they are simultaneously allies of Hizbullah and support resistance to Israel.  But Berri has wavered over the years and has maintained excellent ties with Western and Gulf governments. He allegedly has been receiving funding from both Iran and Gulf regimes.

Berri has allegedly amassed a huge fortune to the tune of hundreds of millions of dollars. The U.S. could easily influence his behavior because his assets and those of his children and grandchildren are placed in Western banks.  Berri became malleable and complied with U.S. wishes during the long process of indirect negotiations with Israel over the maritime borders.

Hizbullah, since the uprising against the ruling class three years ago, has basically gone out of its way to accommodate Berri. As is known, at the start of the unrest Hizbullah members joined the ranks of protests in the South. In Beirut chants against Berri and his wife were heard. It is said that Berri threatened Hizbullah with turning toward the Gulf if it didn’t intervene to quell the protests against him.

Hizbullah complied and became seen — and rightly so — as the heavy arm of the ruling regime in Lebanon.  There is less corruption among its ranks (but corruption has not spared the party altogether despite the reputation of Hasan Nasrallah, Hizbullah’s leader, for incorruptibility. Nasrallah is in hiding for security reasons and his attention to the affairs of the party is not what it was prior to 2006.)

Similarly, Awn has also been accommodating the U.S. since it imposed sanctions on his chief aide and son-in-law, Jubran Basil.  Basil is now a close ally of Hizbullah and Awn may fear the imposition of sanctions on himself and his daughters.  Like all leaders of Lebanon, Awn has enriched himself in power.  It was Awn and Berri who together served to promote the negotiation process over the maritime borders.

Lebanon has since 1948 harbored key political parties which received money and arms from Israel (the fascistic Phalanges were the key party but other parties also benefited from Israeli largesse).  The Lebanese corrupt class was easy to buy off and many of them changed colors and switched trenches over the years.

As`ad AbuKhalil is a Lebanese-American professor of political science at California State University, Stanislaus. He is the author of the Historical Dictionary of Lebanon (1998), Bin Laden, Islam and America’s New War on Terrorism (2002) and The Battle for Saudi Arabia (2004). He ran the popular blog The Angry Arab and tweets as @asadabukhalil