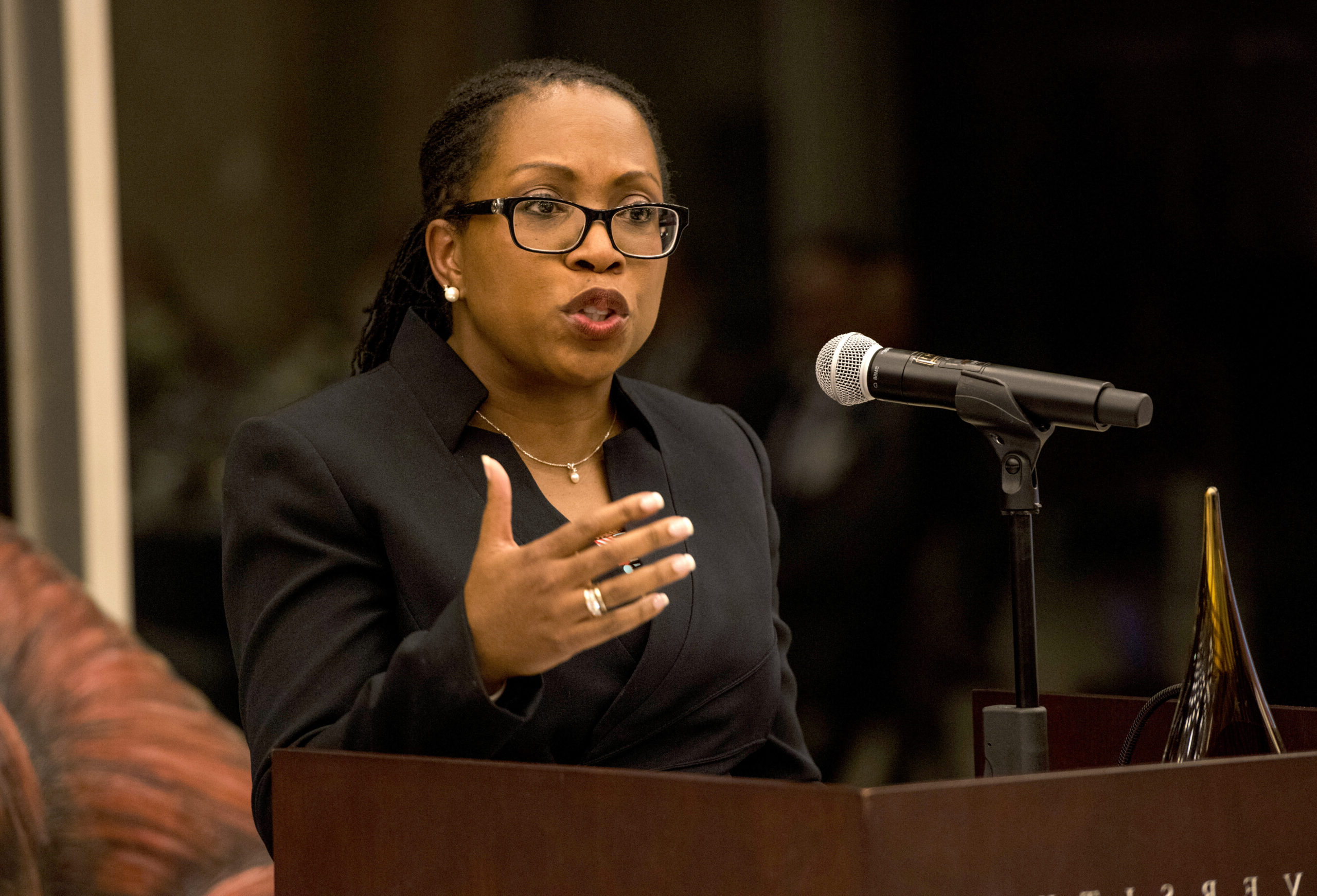 During the Supreme Court’s oral arguments in Merrill v. Milligan, a case that could deal a severe blow to the Voting Rights Act, Ketanji Brown Jackson powerfully rebutted right-wing attacks on voting rights by using her own “originalist” analysis of the 13th, 14th and 15th Amendments to explain why congressional district maps cannot constitutionally be drawn in a “race-neutral” way.

Liberal judges are not generally adherents to originalism — a judicial approach that insists that constitutional provisions must be interpreted based on the popular meaning they had at the time they were drafted and that has generally been used by conservatives to justify right-wing positions such as the overturning of Roe v. Wade. But in her defense of voting rights, Jackson brilliantly turned the tables on the right by crafting her own originalist argument to defend taking race into account when drawing district maps. 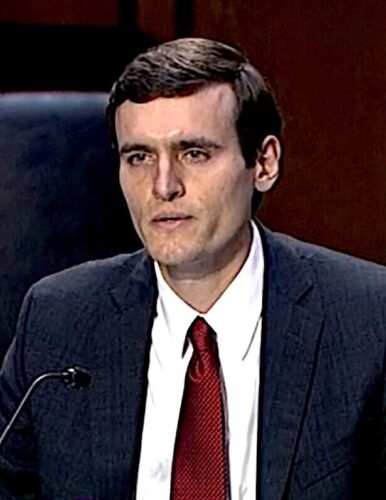 “The framers themselves adopted the equal protection clause, the Fourteenth Amendment, the Fifteenth Amendment, in a race conscious way,” Jackson said, responding to Alabama Solicitor General Edmund LaCour’s claim that maps must be created in a “race-neutral” manner.

At issue in Merrill is Alabama’s GOP-created district map, which includes only one Black-majority district out of seven districts, despite the fact that Black people comprise 27 percent of the population. LaCour was in effect arguing that a successful challenge to a district map requires proof of discriminatory intent. But Congress has clearly said that a map violates the Voting Rights Act if its effects are discriminatory, regardless of the intent of the mapmakers.

The state of Alabama maintains that the consideration of race in drawing maps violates the 14th Amendment’s equal protection clause, claiming that it discriminates against white people.

“I don’t think we can assume that just because race is taken into account that that necessarily creates an equal protection problem,” Jackson said, schooling LaCour on the intent of the framers of the 14th Amendment.

Jackson noted “they were, in fact, trying to ensure that people who had been discriminated against, the freedmen during the reconstruction period, were actually brought equal to everyone else in the society.” She said that “the entire point of the amendment was to secure rights of the freed former slaves.”

The 13th Amendment abolished slavery. The 14th Amendment prohibits states from denying equal protection of the law. And the 15th Amendment forbids abridgment of the right to vote on account of “race, color, or previous condition of servitude.” 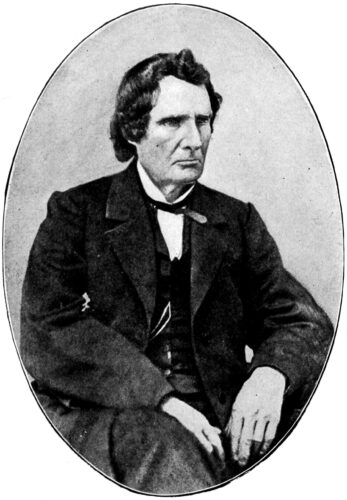 Citing the report of the Joint Committee on Reconstruction that drafted the 14th Amendment, Jackson quoted Republican Rep. Thaddeus Stevens of Pennsylvania. When he introduced the amendment, Stevens said that “unless the Constitution should restrain them, those states will all, I fear, keep up this discrimination and crush to death the hated freedmen.” (Stevens could have been talking about Alabama.)

“That’s not a race-neutral or race-blind idea in terms of the remedy,” Jackson observed, noting that the drafters of the Civil Rights Act of 1866 “specifically stated that citizens would have the same civil rights as enjoyed by white citizens. That’s the point of that Act, to make sure that the other citizens, the black citizens, would have the same as the white citizens.”

Since the framers were concerned “that the Civil Rights Act wouldn’t have a constitutional foundation, that’s when the Fourteenth Amendment came into play,” Jackson said. It provided “a constitutional foundation for a piece of legislation that was designed to make people who had less opportunity and less rights equal to white citizens.” That, Jackson told LaCour, “was doing what the Section 2 is doing here.”

Section 2 of the Voting Rights Act of 1965 prohibits any voting practice that “results in a denial or abridgment of the right of any citizen of the United States to vote on account of race,” which occurs when minority voters “have less opportunity than other members of the electorate to participate in the political process and to elect representatives of their choice.” Section 2 was enacted to enforce the 15th Amendment.

In 1980, the Supreme Court ruled in City of Mobile v. Bolden that in order to obtain relief under Section 2 of the Voting Rights Act, the plaintiff had to prove that the abridgement of voting rights was intentionally discriminatory. 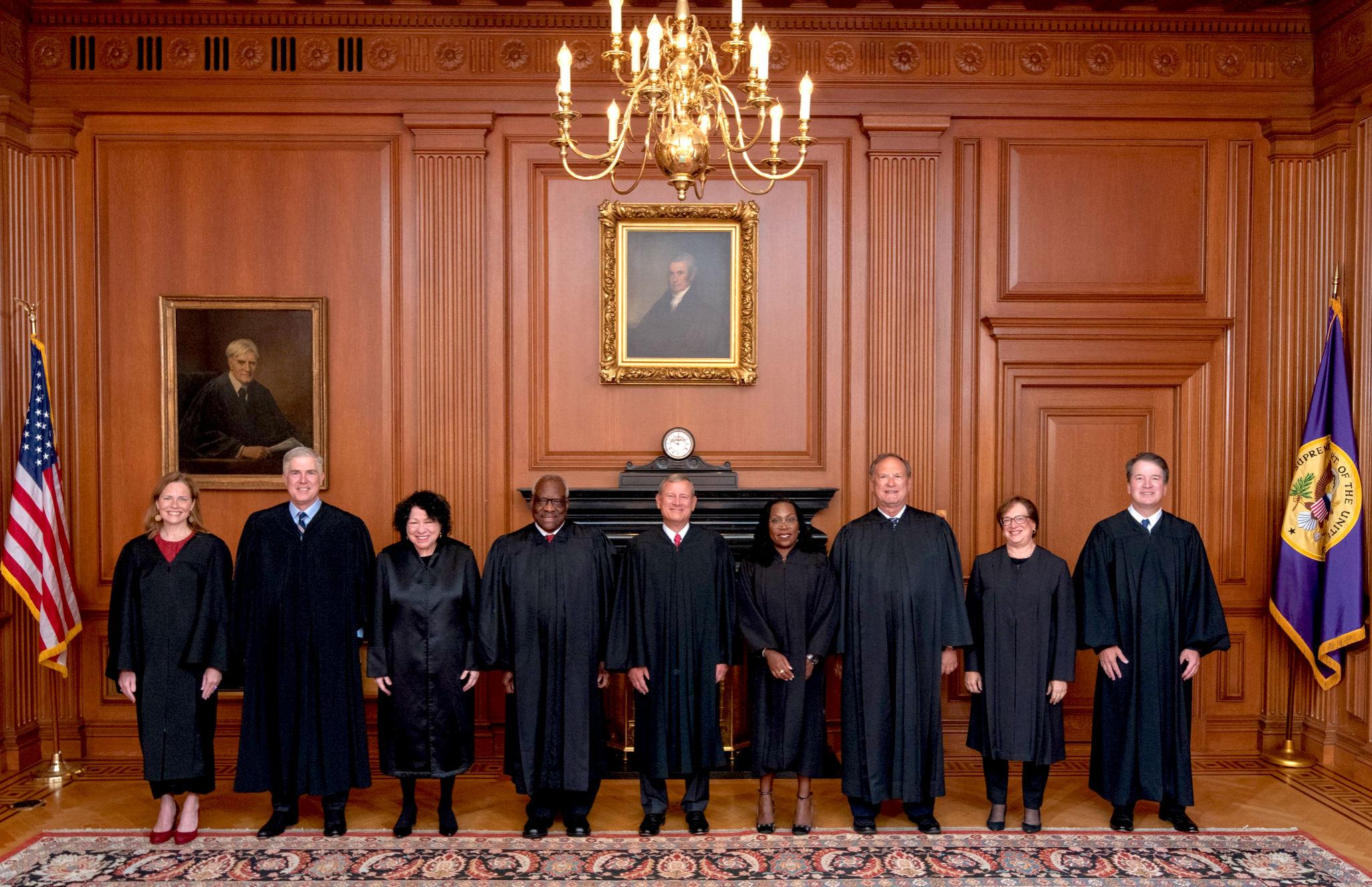 Two years later, however, Congress amended Section 2 to specify that a voting procedure which has the effect of abridging the right to vote due to race, color, language or minority status is illegal, regardless of whether the plaintiff could prove discriminatory intent. The discriminatory effect can be proved by considering the “totality of the circumstances.”

In January, a three judge-panel of the federal district court (including two Trump-appointees) concluded that Alabama’s map likely violates Section 2 of the Voting Rights Act, and ordered the state to create a second Black majority or plurality district.

But a 5-4 conservative majority of the Supreme Court halted the district court ruling and allowed the discriminatory map to be used in the 2022 midterm elections. The high court heard oral arguments in Merrill on Oct. 4.

Even the right-wingers on the court appeared hesitant to adopt LaCour’s invitation to require discriminatory intent, which Congress has clearly rejected. But don’t be surprised if they find a narrower ground on which to uphold Alabama’s racist map.

They might rule that the new majority-Black district could not be “reasonably compact” to satisfy the test set forth in the Supreme Court’s 1986 decision in Thornburg v. Gingles. It says that in order to successfully challenge redistricting maps that illegally dilute the voting power of a minority group, the plaintiff must show that the group is sufficiently large and compact to constitute a majority.

Brett Kavanaugh cited Alabama’s argument that the “district is too sprawling to be reasonably compact or reasonably configured.” Samuel Alito characterized that argument as “basic” and “least far-reaching.”

Such a ruling would present significant hurdles to future challenges to redistricting maps which claim that they dilute the collective voting power of Black people.

13 comments for “Turning the Tables on Right-Wing Jurists”