Marjorie Cohn reports that voters in California, Michigan and Vermont will decide in November on state constitutional amendments to enshrine abortion rights. 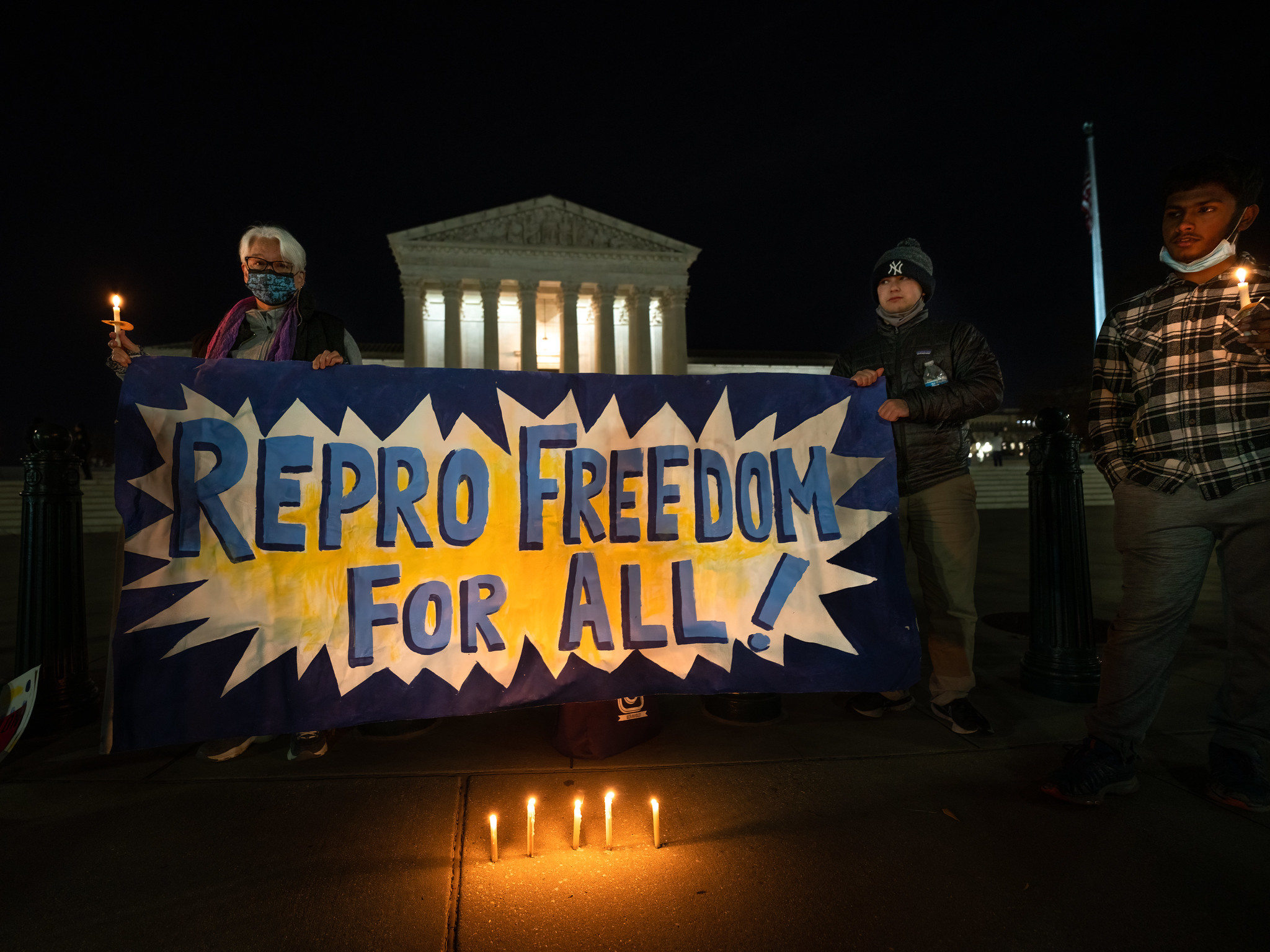 Since the right-wing majority of the Supreme Court held in Dobbs v. Jackson Women’s Health Organization that the U.S. Constitution does not protect the right to abortion, many states have restricted or outright banned the procedure.

But some states, like California, are endeavoring to enshrine the right to abortion in their constitutions. Although the California Supreme Court has declared that the state constitution’s right to privacy protects abortion, that safeguard remains ephemeral.

In August, Kansas voters rejected an amendment that would have explicitly excluded the right to abortion from its constitution.

In Roe, the Supreme Court grounded the right to abortion in the Fourteenth Amendment’s Due Process Clause that protects personal liberty. The Roe court ruled that it prohibits government interference in personal decisions about contraception, marriage, procreation, familial relationships, education and child-rearing.

But in Dobbs, Samuel Alito, joined by Clarence Thomas, Neil Gorsuch, Brett Kavanaugh and Amy Coney Barrett, wrote that the Constitution contains no reference to abortion and there is no constitutional provision that implicitly guarantees it.

In order to be protected by the Due Process Clause, Alito wrote, a right must be “deeply rooted in this Nation’s history and tradition” and “implicit in the concept of ordered liberty.” The majority concluded that there is no liberty interest because the law didn’t protect the right to abortion in the 19th century.

In essence, Dobbs left it up to the states to permit, restrict or outlaw abortion.

At least nine states provide a right to abortion in their state constitutions as interpreted by court rulings. They include Alaska, California, Florida, Illinois, Massachusetts, Michigan, Minnesota, Montana and New Jersey. None contain an explicit constitutional right to abortion but courts have implied the right by construing provisions that protect privacy, liberty and equality. 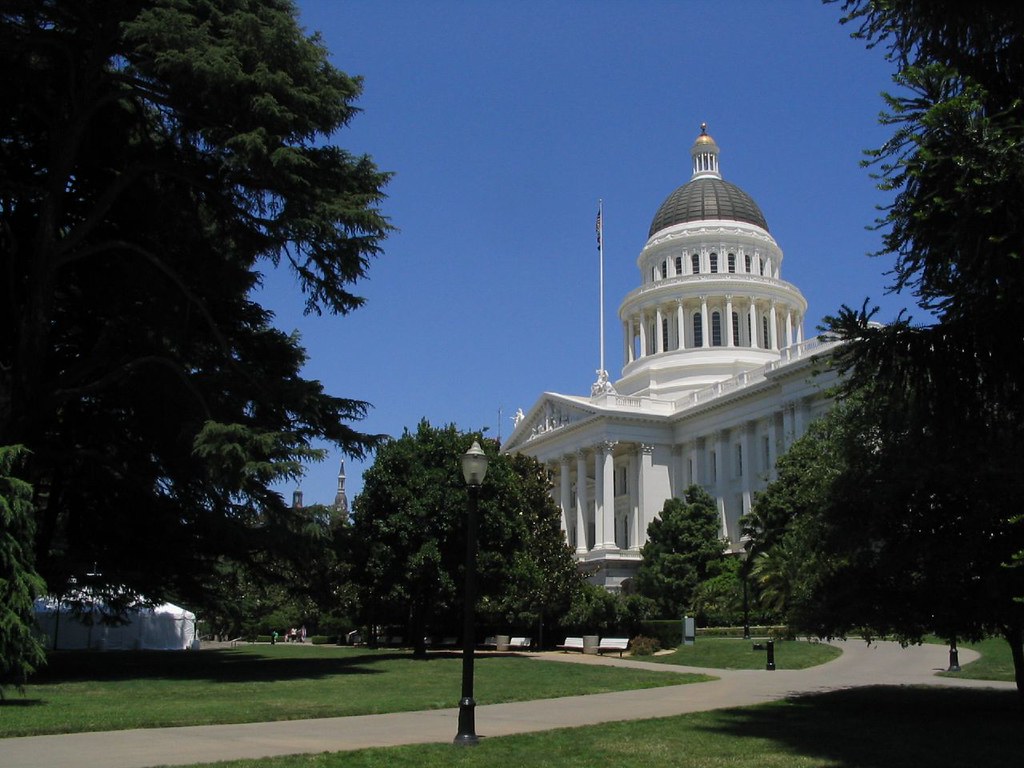 Abortion is legal in California before fetal viability, and after viability when necessary to protect the life or health of the mother. In 1969, the California Supreme Court ruled in People v. Belous that women have “[constitutional] rights to life and to choose whether to bear children.”

The court stated that “the fundamental right of the woman to choose whether to bear children follows from the Supreme Court’s and this court’s repeated acknowledgment of a ‘right of privacy’ or ‘liberty’ in matters related to marriage, family, and sex.”

In 1972, California voters approved Proposition 11, the Constitutional Right to Privacy Amendment, which made privacy an inalienable right in the California Constitution.

In 1981, the California Supreme Court held in Committee to Defend Reproductive Rights v. Myers that “the protection afforded the woman’s right of procreative choice as an aspect of the right of privacy under the explicit provisions of our Constitution is at least as broad as that described in Roe v. Wade. Consequently, we further conclude that the asserted state’s interest in protecting a nonviable fetus is subordinate to the woman’s right of privacy.”

The California State Legislature declared in the 2002 Reproductive Privacy Act that women have a “fundamental right to choose to bear a child or to choose and to obtain an abortion.” 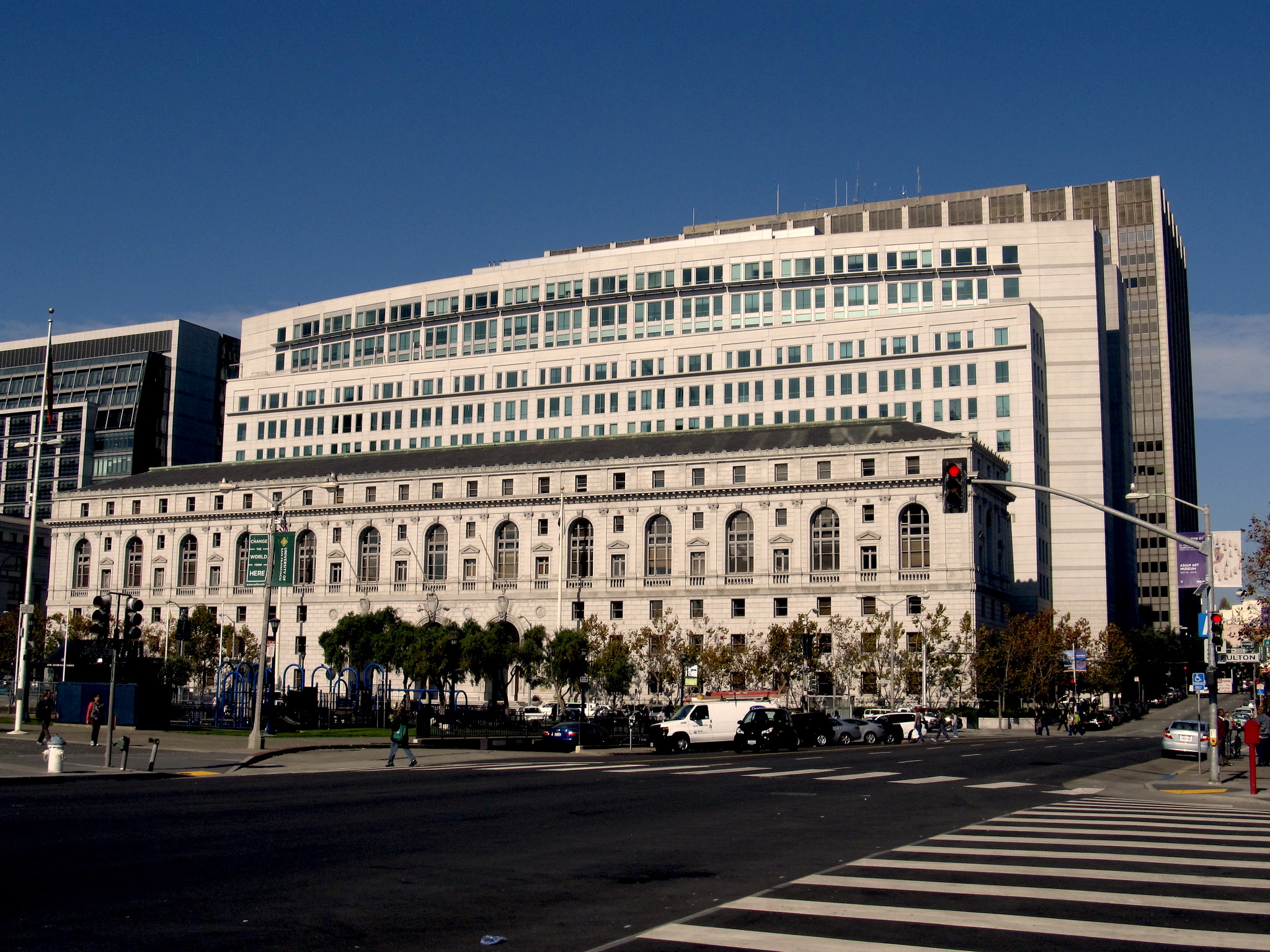 Proposition 1 states that the rights to abortion and contraceptives are specifically grounded in the California Constitution’s right to privacy and right to not be denied equal protection.

Although Alito specified that the Dobbs ruling applies only to abortion, the court’s holding is based on the same precedents as the rights to contraception, same-sex sexual conduct and same-sex marriage. California’s Proposition 1 would also enshrine the right to contraception in the state constitution.

A recent poll showed that 71 percent of registered California voters plan to vote for Proposition 1.

On June 27, California Governor Gavin Newsom issued Executive Order N-12-22, in which he proclaimed that all state agencies are prohibited from providing patient medical records relating to reproductive health care services for any investigation. Newsom’s order also says that his office will not honor arrest warrants from other states for individuals charged with criminal offenses for receipt of or assistance with reproductive health care services. 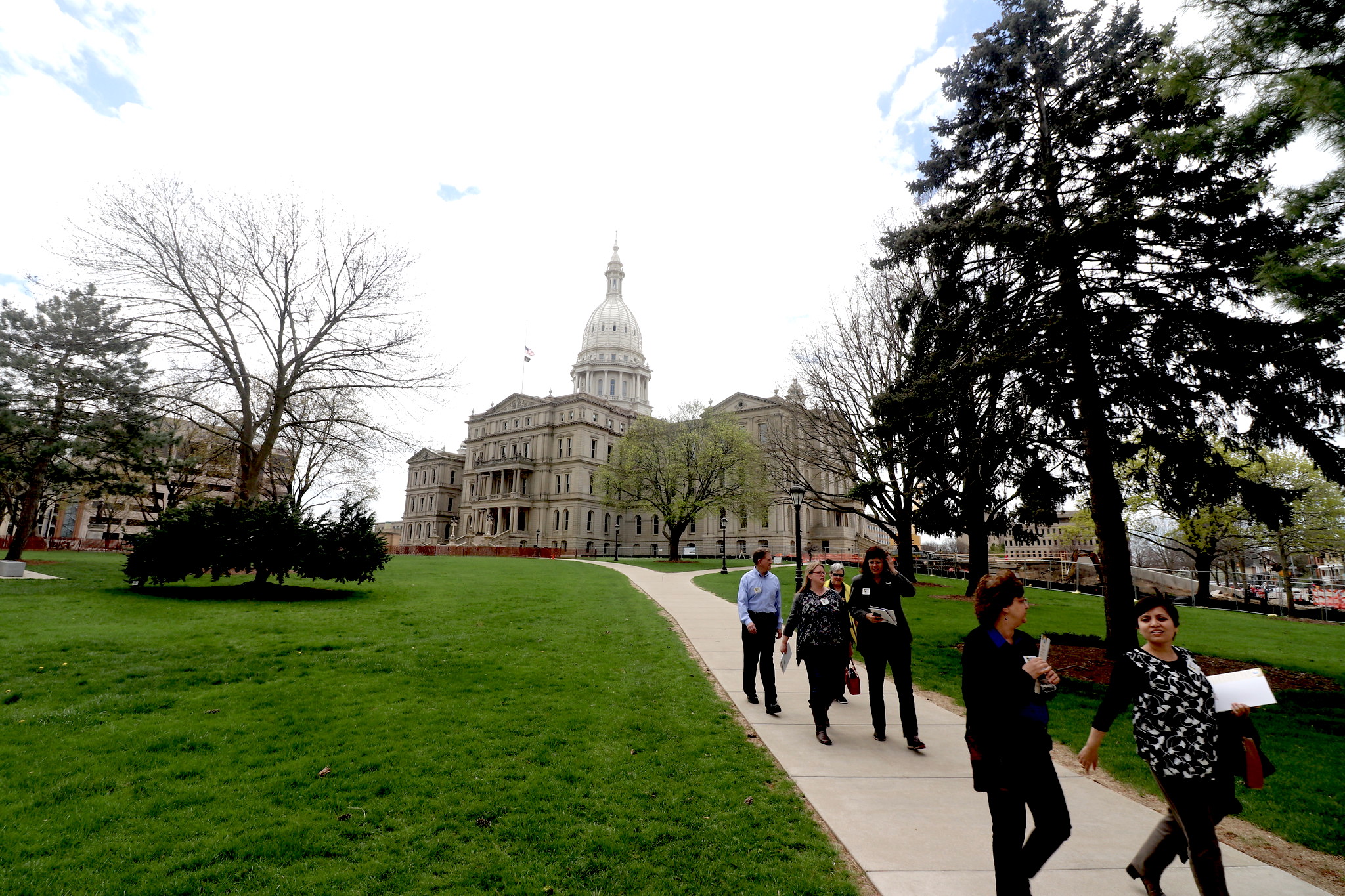 Michiganders will decide whether to amend their constitution to provide a right to reproductive freedom, which is defined in Proposal 3 as

“the right to make and effectuate decisions about all matters relating to pregnancy, including but not limited to prenatal care, childbirth, postpartum care, contraception, sterilization, abortion care, miscarriage management, and infertility care.”

The ballot measure states that Michigan can regulate abortion after fetal viability but cannot prohibit the use of abortion to “protect the life or physical or mental health of the pregnant individual,” as determined by the attending health care professional. Proposition 3 would also prevent the state from prosecuting anyone for having an abortion or miscarriage or from prosecuting an individual who assists a pregnant person in “exercising rights established by this amendment.”

“Michigan is in a uniquely precarious position at this time in history,” prominent Detroit civil rights attorney Julie Hurwitz told Truthout. A 1931 criminal statute prohibiting abortion in Michigan has recently been declared unconstitutional by the Michigan Court of Claims.

The court held that abortion is protected under the Michigan Constitution’s due process clause, as an implied right to bodily integrity. But the due process right was only recognized by the Michigan Supreme Court in 2021, in the context of the Flint water crisis.

“These court rulings, however, are subject to further appellate review and to the realities of the intensely political nature of our judicial system,” Hurwitz said. “There is currently a Democratic majority on the court, but this could change at any time, which would open the door to a future Republican majority doing exactly what the U.S. Supreme Court just did with Roe v. Wade, in the infamous Dobbs decision.”

Hurwitz added: “The historic success of the petition drive to get this constitutional amendment on the ballot — over 750,000 petition signatures, despite concerted efforts to block it — presents a unique opportunity to ensure that this fundamental right will no longer be able to be threatened in the State of Michigan.” 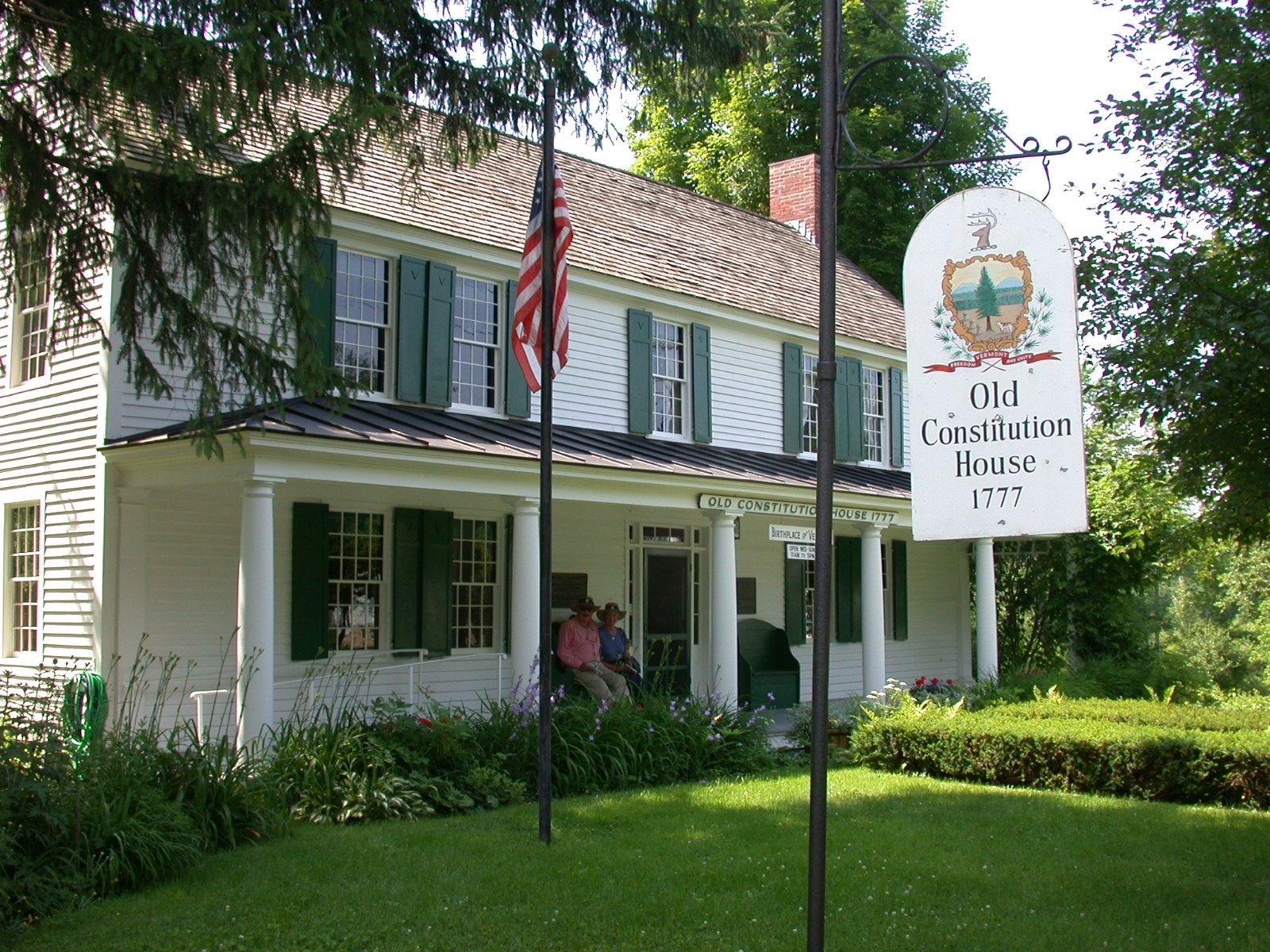 The Old Constitution House at Windsor, where the Constitution of Vermont was adopted on July 8, 1777. (Wikimedia Commons)

Abortion during all stages of pregnancy is legal in Vermont. In 2019, the Vermont state legislature enacted a law that says, “The State of Vermont recognizes the fundamental right of every individual who becomes pregnant to choose to carry a pregnancy to term, to give birth to a child, or to have an abortion.”

However, like California and Michigan, the Vermont Constitution doesn’t explicitly guarantee the right to abortion.

Vermont voters will decide whether to amend their state constitution to create a constitutional right to personal reproductive privacy that protects “every person’s right to make their own reproductive decisions.” If adopted, the Reproductive Liberty Amendment would amend Article 22 to provide:

“That an individual’s right to personal reproductive autonomy is central to the liberty and dignity to determine one’s own life course and shall not be denied or infringed unless justified by a compelling State interest achieved by the least restrictive means.”

More than 70 percent of Vermonters support the amendment. 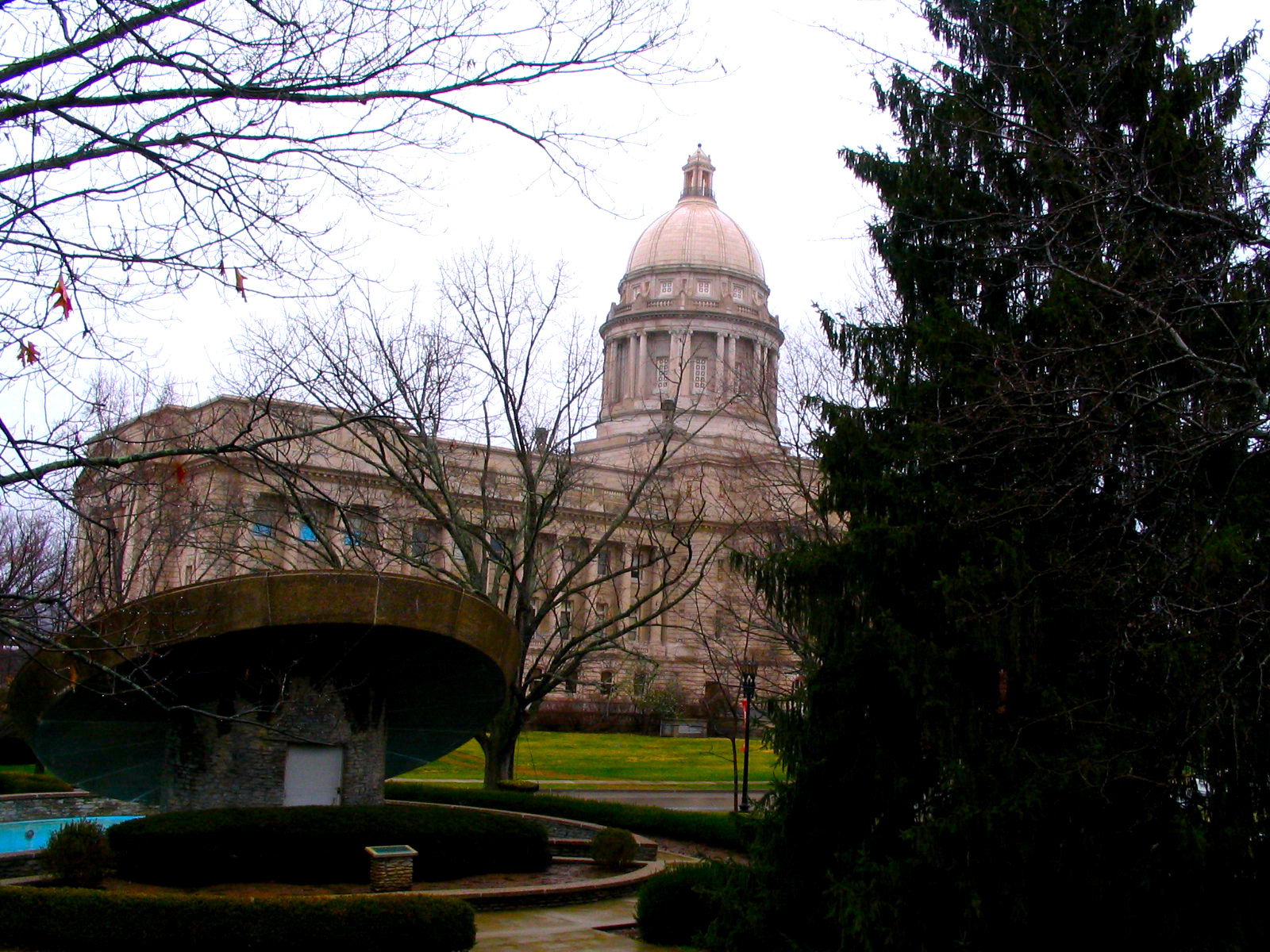 On Aug. 2, the Kentucky Court of Appeals reinstated a ban on abortion. On Aug. 18, the Kentucky Supreme Court ordered that the abortion ban would remain in place while it reviews arguments by clinics that perform abortions which are challenging two state laws.

In 2019, the Kentucky State Legislature enacted a law prohibiting all abortions in the state if the U.S. Supreme Court overturned Roe. It would make performing an abortion a felony carrying five years in prison.

Kentucky voters will now decide whether to adopt Amendment 2, which would amend the Kentucky Constitution to say that it does not “secure or protect a right” to abortion.

“Are you in favor of amending the Constitution of Kentucky by creating a new Section of the Constitution to be numbered Section 26A to state as follows: To protect human life, nothing in this Constitution shall be construed to secure or protect a right to abortion or require the funding of abortion?”

“This is why it is so critically important for the right to abortion to be explicitly articulated in the language of our state constitution,” Michigan attorney Hurwitz said.