In ways that he never intended, the first and only president of the Soviet Union shaped world history. 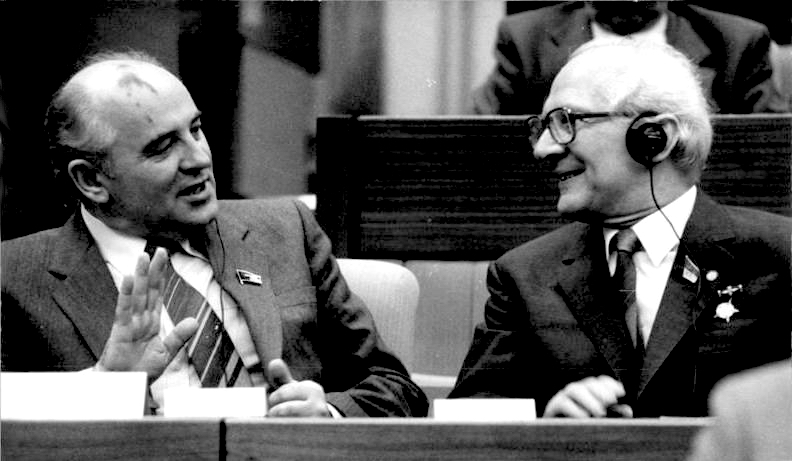 Mikhail Gorbachev, while serving as general secretary of the Central Committee of the CPSU, and East Germany’s Erich Honecker in April 1986. (Bundesarchiv, CC-BY-SA 3.0, Wikimedia Commons)

I bore first-hand witness to the birth of the Perestroika “revolution” unleashed on the Soviet Union by Mikhail Gorbachev, and to its eventual demise. Love him or hate him, one thing is certain — the first and only president of the Soviet Union has a permanent place in the annals of world history.

Gorbachev passed away earlier this week. He was 91 years old.

I became acquainted with him the way most Americans did, when he emerged as the new, fresh face of the Soviet Union after a succession of old, stolid Communist apparatchiks — Leonid Brezhnev, Yuri Andropov and Konstantin Chernenko — passed away in the span of less than three years, between November 1982 and March 1985.

Gorbachev was unlike any Soviet leader who had come before — brash, modern and surprisingly upbeat about the potential of good relations between the Soviet Union and the United States. This didn’t mean that everything was a bed of roses between the U.S. and the Soviet Union — far from it.

My own view as a Marine was that the Soviet Union was still very much the top threat to the United States and I trained hard to close with and destroy the Soviet enemy through firepower and maneuver. In the summer of 1985, I was selected to attend a week-long program entitled “Soviet Military Power Week” hosted by the Defense Intelligence Agency, where I was thoroughly indoctrinated into the threat posed by the Soviet armed forces.

Gorbachev’s name was barely mentioned during the conference.

Around two and a half years later, on Dec. 8, 1987, I watched on television as Gorbachev, seated next to my commander in chief, President Ronald Reagan, signed the Intermediate Nuclear Forces (INF) Treaty, ushering in a new era of U.S.-Soviet relations.

Six months after that, I found myself in the Soviet Union, part of an advance team of U.S. experts sent to the formerly closed city of Votkinsk, some 750 miles east of Moscow, in the foothills of the Ural mountains. We were tasked with making preparations for the arrival of 30 American inspectors who would call Votkinsk home while they implemented the perimeter portal monitoring provisions of the INF treaty regarding the production of the now-banned SS-20 missile.

The INF Treaty was very much Gorbachev’s baby — he conceived it together with Ronald Reagan and then underwent the difficult process of birthing it despite staunch opposition from old-school Soviet bureaucrats rooted in the belief that the United was, is and always would be “enemy No. 1.” 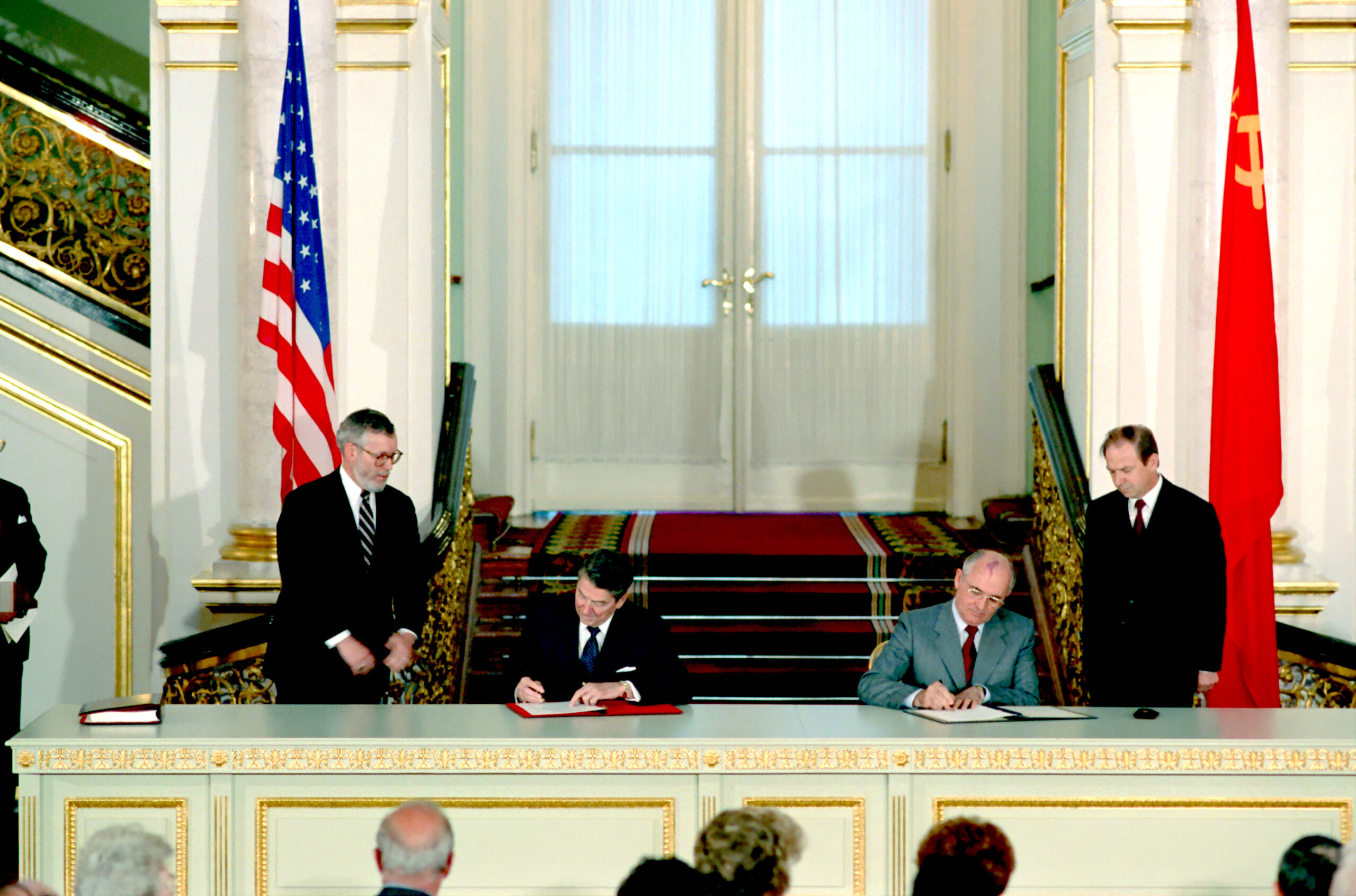 For Gorbachev, however, disarmament was more than the vitally important task of ridding the world of its most dangerous weapons. Gorbachev believed strongly that the Soviet economic system, weighted heavily toward defense production, was unwieldy, ineffective and ultimately harmful to a vibrant Soviet economy and society.

Gorbachev wanted to break the hold that the defense industry had on the Soviet economy and to liberate economic capacity for civilian goods designed to increase the quality of life for Soviet citizens.

To accomplish this goal, Gorbachev would need even more far-reaching arms control agreements with the U.S. And to get the Soviet bureaucracy to agree to these new agreements, Gorbachev needed to lead a revolution which fundamentally restructured how the Soviet Union was governed. 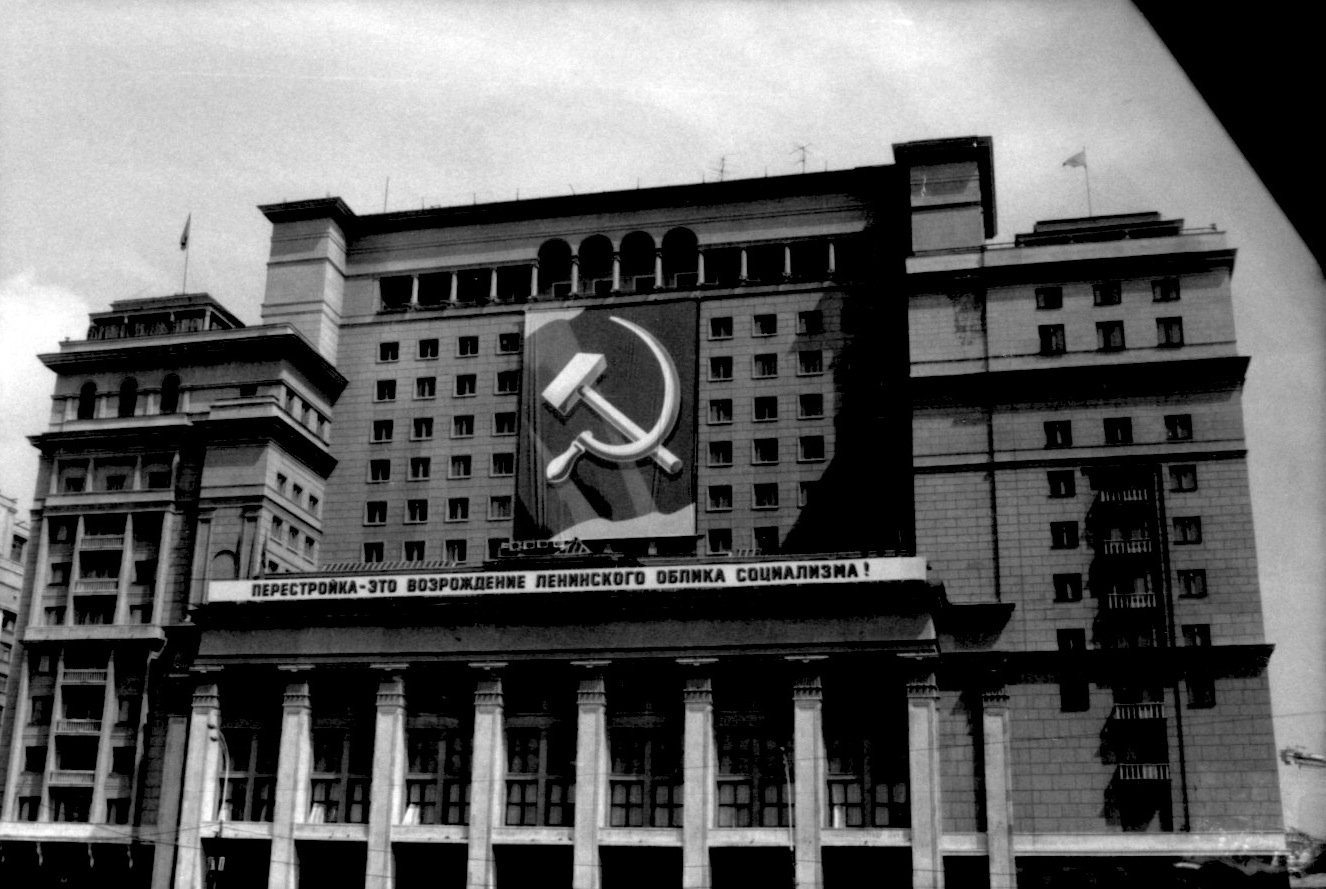 That revolution began shortly after I arrived in Votkinsk, when Gorbachev convened the 19th All-Union Party Conference on June 28, 1988. As an outsider schooled in the notion of Soviet totalitarianism, I watched the Gorbachev “revolution” unfold in wonder, both in terms of what was transpiring live on the television screen, but also in terms of how my Soviet colleagues were reacting to the spectacle of open disagreement among the senior-most levels of Soviet authority.

For all who watched, the confrontation between Boris Yeltsin and Yegor Ligachev was as shocking as it was instructive, portending as it did the future of the Soviet Union itself.

Gorbachev used the 19th All-Union Party Conference as a springboard for launching his grand restructuring plan, one which would replace the old Communist Party-dominated bureaucracy with a new democratically elected leadership in which a president would supplant the general secretary as the leader of the Soviet Union. Of course, Gorbachev fully intended that he would be that first president.

The process of political, economic and societal change that Gorbachev was embarking on was collectively known as Perestroika, or restructuring. One of the prerequisites of the Gorbachev “revolution” was to conduct nation-wide elections for a new legislative body known as the Congress of People’s Deputies, which in turn would elect a second body, the Supreme Soviet, which would play a major role in shaping future policies under the leadership of a president, Gorbachev, who would be selected, not elected.

I bore witness to the elections for the new Congress of People’s Deputies and can testify to the spirit of the citizens of Votkinsk as they participated in this new democratic process. Simultaneously nervous and excited, they did their duty, voting for a representative they believed would best represent them in the new Soviet government.

While Gorbachev worked to get his “revolution” in gear, however, the economic reality of the Soviet Union, where Gorbachev was trying to implement sweeping changes to the centrally planned economic system that had been in place for decades, conspired to dash the prospects of any successful implementation of Perestroika. In short, the economic portion of Perestroika was a complete shambles, leading to the serious disruption of the lives of the average Soviet citizen. 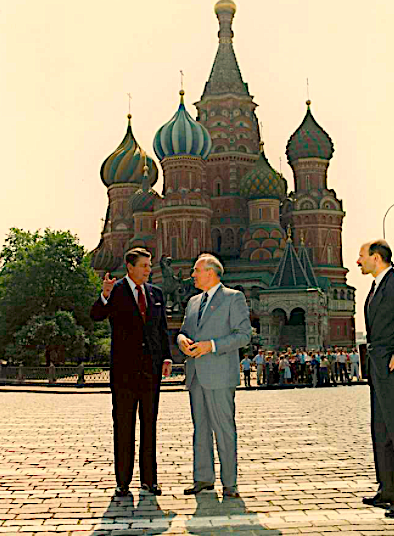 This was to be the undoing of Mikhail Gorbachev — the political forces he unleashed through the institutionalization of democracy were intended to be used by the future “president” of the Soviet Union to bring about the necessary reforms needed to make Perestroika a success.

Instead, the economic collapse of the Soviet Union unleashed political forces that became disenchanted with the Gorbachev “revolution” and instead started turning to political alternatives, such as Boris Yeltsin, whose vision for the future had more to do with furthering the interests of Russia and less with the propping up of Soviet institutions.

And Mikhail Gorbachev was to blame.

It didn’t come as too much of a shock to me when, in August 1991, there was an attempted coup against Gorbachev carried out by Soviet hardliners. And it didn’t take a political scientist to realize while watching Boris Yeltsin climb on top of a Soviet Army tank outside the Russian parliament that Gorbachev’s moment in history was rapidly fading.

Gorbachev resigned from the presidency on Dec. 25, 1991. Shortly after his televised speech, the Soviet flag that had flown over the Kremlin for more than seven decades was taken down, to be replaced by the tricolor of the Russian Federation.

The collapse of the Soviet Union upended the global geopolitical balance of power, thrusting the United States into the position of sole-remaining superpower, a job description it unfortunately proved unworthy of. The consequences of the uncontrolled elevation of the U.S. to global hegemon, combined with the precipitous decline in the power and prestige of the Russian Federation, the Soviet Union’s logical and functional heir, set in motion a sea of change which is still unfolding today.

This is the legacy of Mikhail Gorbachev. He presided over the collapse of the Soviet Union which was prompted — and accelerated — by his own arrogance, which blinded him to the need to change direction when it became clear that Perestroika, at least how it was originally envision, was not, and could not, succeed.

But there is another legacy. From the ashes of failure, a new world order is arising some 30 years after Gorbachev and the Soviet Union entered the history books as has-beens. The multi-polar challenge to U.S. singularity that is being mounted by Russia, China and others was only made possible by the forces of change that were unleashed because of Gorbachev’s spectacular failure as a Soviet leader.

While this was not the objective of Gorbachev when he initiated his Perestroika-based “revolution,” it is an undeniable consequence. History is made by what can best be described as vectors of change.

For better or for worse, that emerges as the most fitting epitaph for the man: Mikhail Gorbachev, a vector of change who shaped world history.

13 comments for “SCOTT RITTER: Mikhail Gorbachev, a Vector of Change”