In his early days, Rupert Murdoch offered promise and hope, but his media empire instead has diminished democratic life, writes John Menadue. 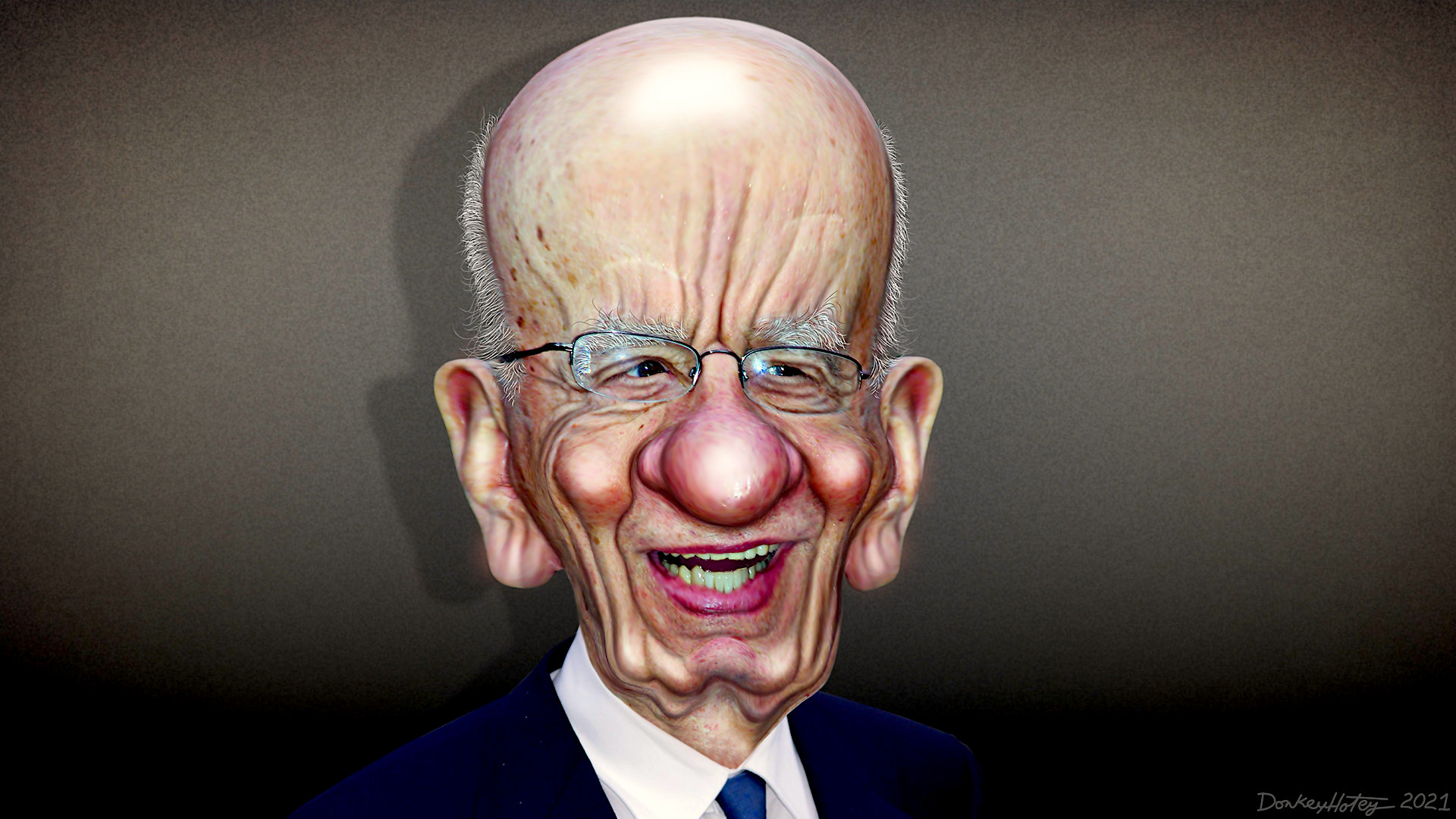 By John Menadue
Pearls and Irritations

What power always does is reveal.

The way News Corp operates must be traced to Rupert Murdoch himself for he has told us that ‘for better or worse (News Corp) is a reflection of my own thinking, my character and my values’.

Let me give some examples of how News Corp operates.

Ken Cowley was a very senior and loyal executive of News Corp for many years. He was my production manager in Sydney at News Ltd. Unwisely, three years ago Cowley told the Australian Financial Review that [Rupert’s son] Lachlan Murdoch was not particularly smart and that The Australian ‘is pathetic’.

People were wheeled out within 24 hours to defend Lachlan. Cowley was brought to heel. The Australian extracted the following from him: ‘‘The Australian has always been good, the Editor in Chief has been doing an excellent job… I have great respect for Lachlan Murdoch.”

But this was all too late to avoid the smackdown. The Australian had a leak, presumably from someone near the Murdoch family, that one of Cowley’s business ventures had gone bad. News Corp refused Cowley’s request for help. The News Corp modus operandi was clearly on display. Take us on at your peril.

Rod Tiffen’s book Rupert Murdoch: A Reassessment, published by UNSW Press Ltd, tells us a great deal about how News Corp operates. His account is consistent with my own experience.

Tiffen’s central conclusion is that News Corp is a rogue organisation.

‘These outrages [the hacking scandals] were not the product of a few rogue individuals as much as of a rogue corporation. Of course, the great majority of News Corp’s 50,000-plus employees, and the overwhelming majority of its journalists, are as repelled as the rest of the population by the abuses that have been revealed.

“However, the scandals were the product of a corporation where power is, perhaps uniquely, concentrated and where a confirming hierarchical culture makes it difficult for instructions to be questioned or challenged. This is a corporation impatient with any ethical impediments to achieving the results it wants and which greets external criticism with blanket denial and often aggression’.

It is not a matter of a few rotten apples. The malady is deep seated.

Tiffen describes the governance of News Corp as “a docile board, acquiescent management in the thrall of the genius of their CEO, a vision of hereditary succession and a ‘whatever it takes’ ethic”. Only a company with that sort of governance could pay $A89 million in remuneration in fiscal year 2017 to Rupert, Lachlan and James Murdoch from 20th Century Fox alone.

When confronted with even mild criticism News Corp’s retainers go into immediate attack mode and turn the issue into us against them. “Them” being a politically correct elite. 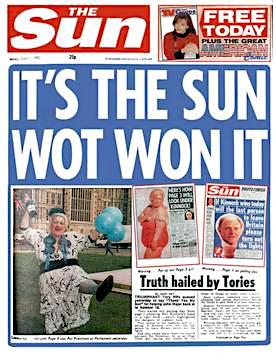 In 1992, U.K. prime minister John Major had just won an election. He asked the editor of the The Sun in London how he proposed to cover Britain’s decision on the European Exchange Rate Mechanism. He was told, “Well John let me put it this way, I’ve got a bucket of shit on my desk and tomorrow morning I am going to throw it all over your head.” The Australian Labor Party (ALP) gets the same bucket treatment in Australian elections while News Corp slavishly protects the Coalition and big business at almost every turn.

Ed Milliband, the then leader of the British Labour Party, was foolish enough to say that Rebecca Brooks, who was charged before U.K. courts, “should examine her conscience”. The Sun political editor responded: ‘We take it personally and we are going to make it personal to you. We won’t forget.’ (p.309)

Appalled by News Corp’s methods of operations, the U.K. Parliamentary Committee by majority vote (Labour and Liberal Democrat) found that ‘Rupert Murdoch was not a fit person to exercise stewardship of a major international company.’ (p.265) Perhaps the Conservatives were too frightened to say what they really thought.

On page 327, Tiffen says perhaps too politely that “Murdoch’s power has more often diminished, rather than benefitted, the quality of democratic life”. It has been most obvious in the massive telephone hacking scandal in the U.K.

The New York Times identified Rupert Murdoch as someone Donald Trump speaks to ‘on the phone every week’ although the White House denied this. At the ceremony in New York to remember the Battle of the Coral Sea, Donald Trump said: “Thank you my very good friend Rupert Murdoch.” There is only one Rupert we know.’

He is the largest employer of journalists in the English-speaking democracies. News Ltd holds 70 percent of the circulations of metropolitan dailies in Australia. In Brisbane and Adelaide, there is little alternative to News Corp publications. Not content with its stranglehold on metropolitan media, News Corp wants to cripple the Australian Broadcasting Corporation (ABC).

Matthew Freud, Murdoch’s son-in-law told The New York Times: “I am by no means alone within the family or the company being ashamed by Roger Ailes’ (the CEO of Fox News) horrendous and sustained disregard of the journalistic standards that News, its founder and every other global media business aspires to.” (p.252) Yet Murdoch could say with a straight face: “People love Fox News.” (p.253)

The slogan of Fox News used to be ‘fair and balanced’. But perhaps after the ridicule that followed and the demise of Roger Ailes and Bill O’Reilly, the slogan was changed to ‘most-watched and trusted’. But even that is not true. MSNBC regularly out-rates it and Fact Checks make it the most negatively rated. 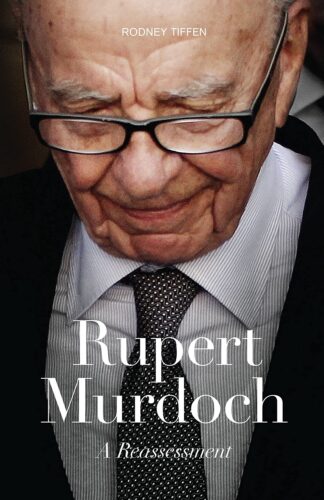 But there is some consolation in this for News Corp and Fox News. The bill in the Australian Parliament to buy the support of Pauline Hanson in her vendetta against the ABC is titled ‘Australian Broadcasting Commission Amendment (Fair and Balanced) Bill 2017.

News Corp lives by a code of never admitting a mistake. It was the shrillest of all the urgers supporting the invasion of Iraq. The Sun (London) said of Saddam Hussein’s WMD: “He’s got them. We know he’s got them”. Many newspapers such as The New York Times, The Washington Post and The Economist have confessed that they got it badly wrong on Iraq.

I have yet to hear of a News Corp outlet that has made a similar confession despite almost a million deaths in Iraq and neighbouring countries and untold destruction and chaos. Critics of News Corp were described as ‘weasels’. Germany and France who opposed the invasion were an ‘axis of weasels’. The Australian referred to opponents of the invasion as the’ coalition of the whining’.

Just as it was grievously wrong on Iraq and Middle East, News Corp now continually tells us we are all wrong on global warming despite the overwhelming scientific evidence. Murdoch dismisses renewable energy as ‘windmills and all that nonsense’. Like Joe Hockey [former Australian ambassador to the U.S.], he decries the renewable energy projects that are ruining the English countryside with ‘uneconomic bird-killing windmills’. With a president like that, cranks on climate change can be sure of a sympathetic run in the News Corp media.

Murdoch told us in 2014 that the ‘NBN was a ridiculous idea. It still is.’

On page 314 of his book, Tiffen recounts that, “‘Bruce Guthrie, Associate Editor of the Melbourne Herald, asked Murdoch at a ‘Confab’ at Aspen, Colorado, in June 1988, ‘Do you have an ethical framework at all at the London Sun?’.” Tiffen records that Murdoch turned “red with anger”, and said to Cowley, “I see we have a Fairfax wanker in our midst.” It was not a good career move for Guthrie.

Murdoch boastfully and recklessly told Thomas Kiernan in Citizen Murdoch, “You tell these bloody politicians whatever they want to hear and once the deal is done you don’t worry about it.” (Tiffen p 185). News Corp trifles with the truth. Murdoch told the Leveson Enquiry, “I have never asked a PM for anything”. Only the most naïve and partisan would believe that. I know he asked Prime Minister Gough Whitlam to be appointed Australian High Commissioner in London. I know because I was the intermediary. It’s true but Murdoch denies it. 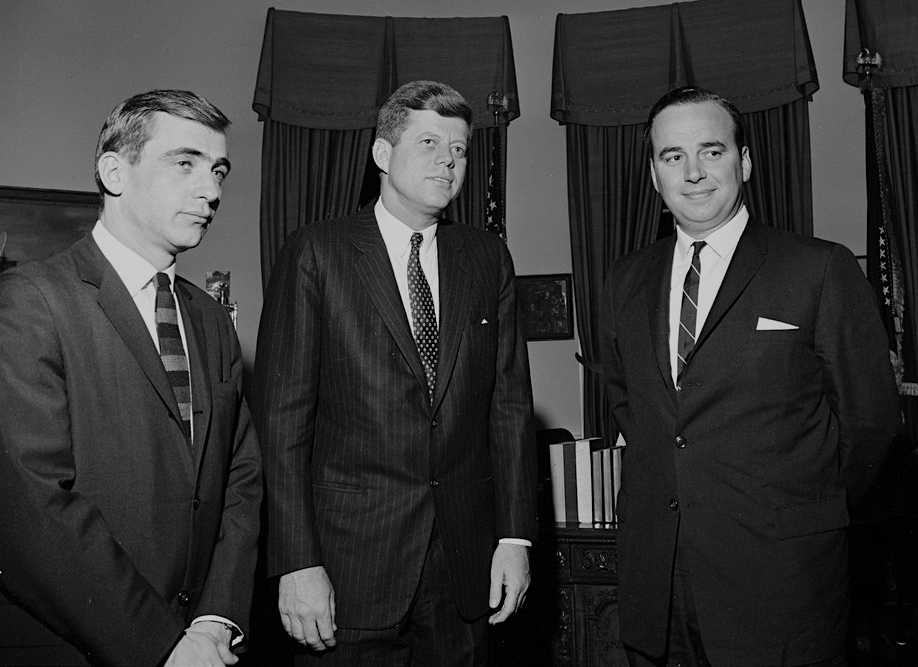 There is no doubt that Murdoch does inspire the loyalty of staff. They are usually well paid and provided they remain loyal, they will prosper. We see that time and time again. However, many people with the ability or a point of view don’t stay for long – either by their own choice or through dismissal.

Andrew Neil, the former editor of The Sunday Times commented that “During the eleven years I was editor Rupert fired or eased out every Chief Executive of real talent or independent mindset …. [Murdoch] has never expressed regret about those he has axed and has repeatedly said that every individual can be replaced.” Tiffen p.298.

Loyalty counts for more than competence.

In China, Murdoch failed to make commercial progress. One reason was that he was impatient, but the more important reason is quite simply that he could not brow-beat the political leadership in China in the way he has been able to brow-beat almost all political leaders in Australia, the U.K. and the U.S.

Tiffen explains very persuasively how and why News Corp is a rogue organisation that is doing untold damage to the fabric of public life. It will take us a long time to repair the awful damage.

Yet in his early days, Murdoch offered so much promise and hope. After the entrenched conservatism and parochialism of the state-based media, The Australian was like a breath of fresh air. But the air has now gone rank and putrid. What a tragedy Murdoch’s career has been for himself and the media.

“Power doesn’t always corrupt. What power always does is reveal. When a guy gets into a position where he doesn’t have to worry anymore then you see what he wanted to do all along” – Robert Caro

I have used the name News Corp to refer to all Murdoch’s operations in Australia, U.K. and USA. I was General Manager of News Ltd. Sydney 1967-74. — John Menadue

Republished with permission from the author.