The labor action against $1 a day pay and work conditions is taking place at two facilities in California operated by the GEO Group, one of the largest for-profit prison companies in the U.S., Alejandra Quintero reports. 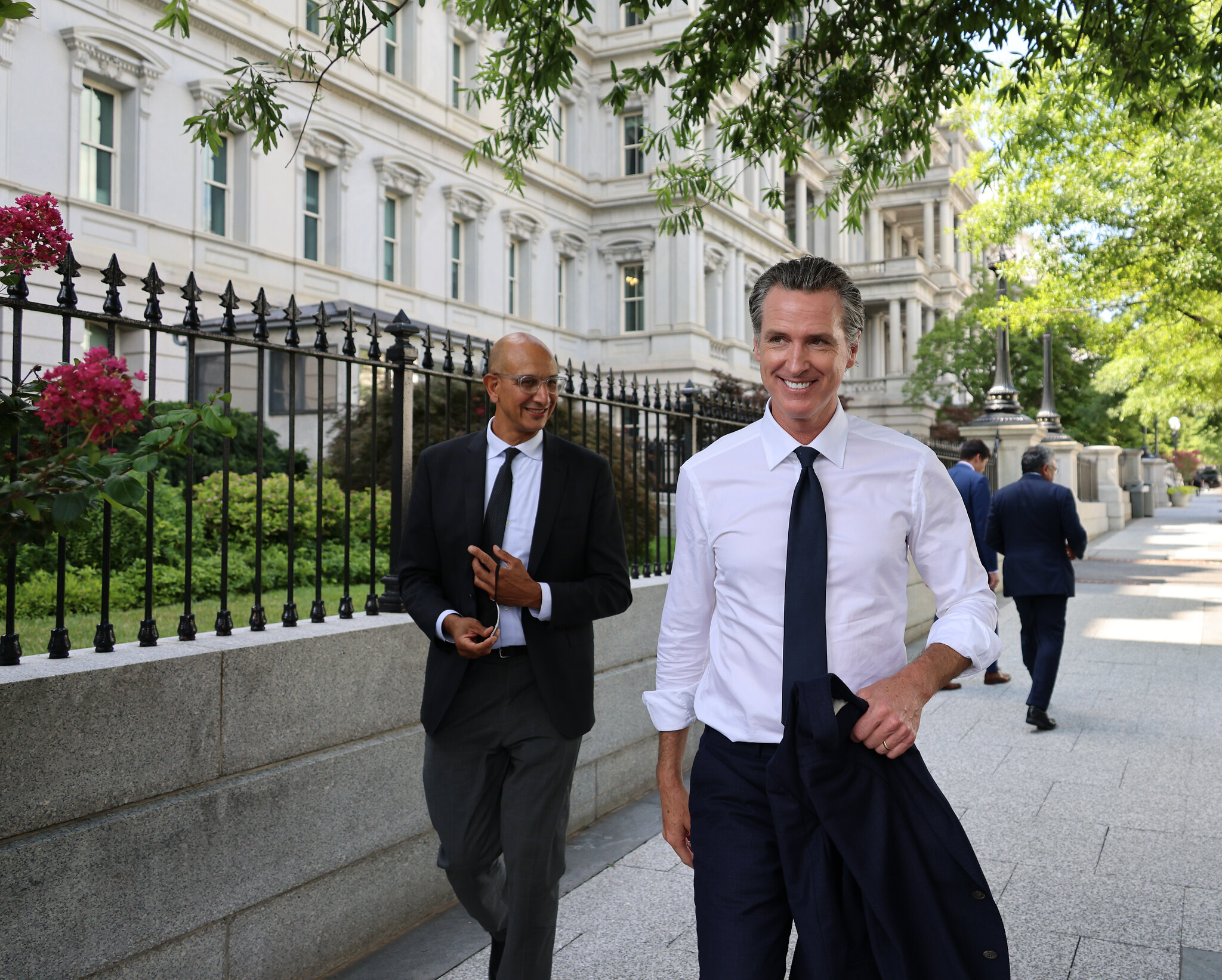 At two federal detention centers in California, more than 50 immigrant workers are on strike over unsafe working conditions and low wages.

“We are being exploited for our labor and are being paid $1 per day to clean the dormitories,” said strikers at a central California detention center in a June statement received by public radio station KQED.

Detained workers, known as “housing porters,” participate in a supposedly volunteer working program while locked up. They use their earnings to pay for the exorbitant cost of phone calls and commissary items like dental floss and tortillas.

“They are compelled to do this,” says Alan Benjamin, a delegate to the San Francisco Labor Council who heard directly from striking workers during a call with the labor council. “It’s not voluntary; it’s compulsory work, without proper sanitation and equipment.”

“The mold is terrible,” adds Benjamin. “People are getting sick, one after the other.”

California’s Division of Occupational Safety and Health, or Cal/OSHA, is currently investigating working conditions at the Golden State Annex U.S. Immigration and Customs Enforcement (ICE) facility, near Bakersfield, where workers have been on strike since June 6.

The California Collaborative for Immigrant Justice along with other organizations filed a complaint with Cal/OSHA back in May on behalf of seven detainees. The complaint charges that detained workers live in unsafe conditions, with black mold patches crawling up shower walls and black fibrous dust particles emitted into the dormitories through HVAC vents.

Mold spores can lead to asthma, respiratory infections, and more. “I’m afraid because my lung has been impacted,” a father of four held in detention at Golden State Annex told KQED. “The dust and mold are bad for our health and unfortunately, we are in a place where it feels that they don’t care about our health.”

Detainees at a second ICE facility, Mesa Verde, have been on strike since April 28. The facilities are operated by the GEO Group, one of the largest for-profit prison companies in the U.S. GEO also operates facilities in the United Kingdom, Australia, and South Africa. The company brought in $2.26 billion in revenue last year. 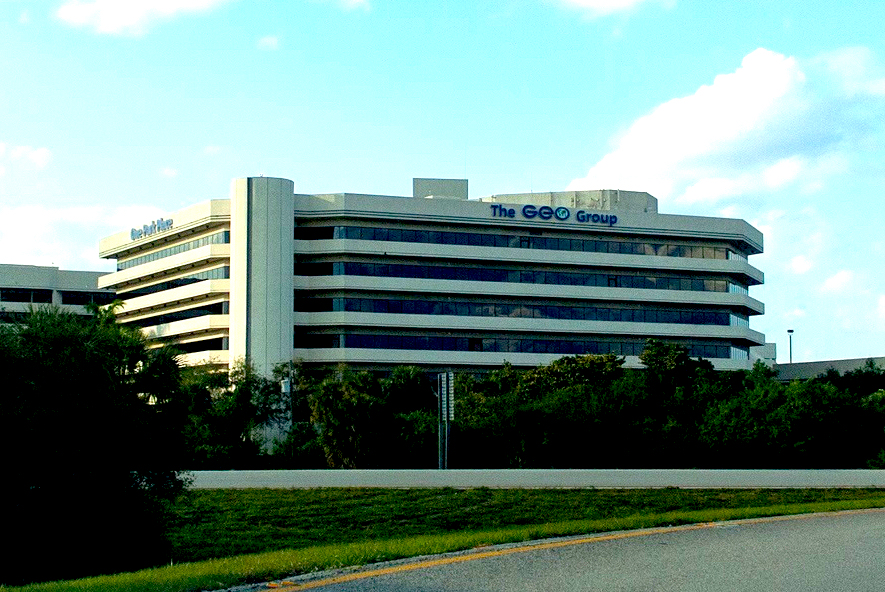 A Dollar a Day

Raul (a pseudonym to protect him from potential retaliation) is in his late 20s and has been detained at Golden State Annex since December 2021.  He came to the United States from Mexico at the age of 5 along with his parents and siblings.

He told Labor Notes from behind bars that he’s striking over the paltry pay of $1 a day for eight-hour shifts and hazardous working conditions.

A 149-page research report published by the ACLU last month states that inmates are paid an average minimum of 13 cents an hour and average maximum of 52 cents an hour for jobs like laundry or cleaning bathrooms. Jobs in California’s state-owned correctional facilities pay between 35 cents an hour to $1 an hour, according to the report.

Raul said the prices in immigration facilities are higher — and wages lower — than those of federally run prisons too.

At an ICE detention center, Raul said, they’re getting paid $20 a month while at a federally-run prison they could get paid about $200 a month for their labor. “They have the same vendor for the commissary for prison and ICE, but food is cheaper in prison,” he says. “A pack of beef is $4.50, and here it’s almost $6. We want them to drop the commissary prices.”

When detainee workers asked the GEO Group to drop prices, Raul said they began pointing fingers and putting responsibility on the unit supply vendor. “They both keep blaming each other,” said Raul. “They don’t give us a direct answer.”

A GEO Group spokesperson denies the workers are on strike. “Our ICE Processing Centers, including the Golden State Annex, are maintained in accordance with all applicable federal sanitation standards, with or without the contributions of Voluntary Work Program participants. Choosing not to participate in a voluntary program cannot constitute a labor strike.”

Raul said there are three dorms that are participating in the strike with about 27 workers involved and about 50 to 60 detainees who are standing in solidarity. “We all got together because this ain’t right.” He said they took their complaints to the warden and assistant warden. “Right now, this is only affecting 27 workers, but it’s going to be more than 27 because people are coming through here. In a period of a year, hundreds or even thousands are detained.”

The detainees are fighting to stay in the U.S. by seeking asylum or visas for victims of certain crimes (U visa). Some are also seeking relief through family-based petitions, said Lisa Knox, legal director at the California Collaborative for Immigrant Justice.

The detainees come from Central American, African, and Asian countries. Many of them are long-time residents of Los Angeles and Kern County, according to Benjamin. 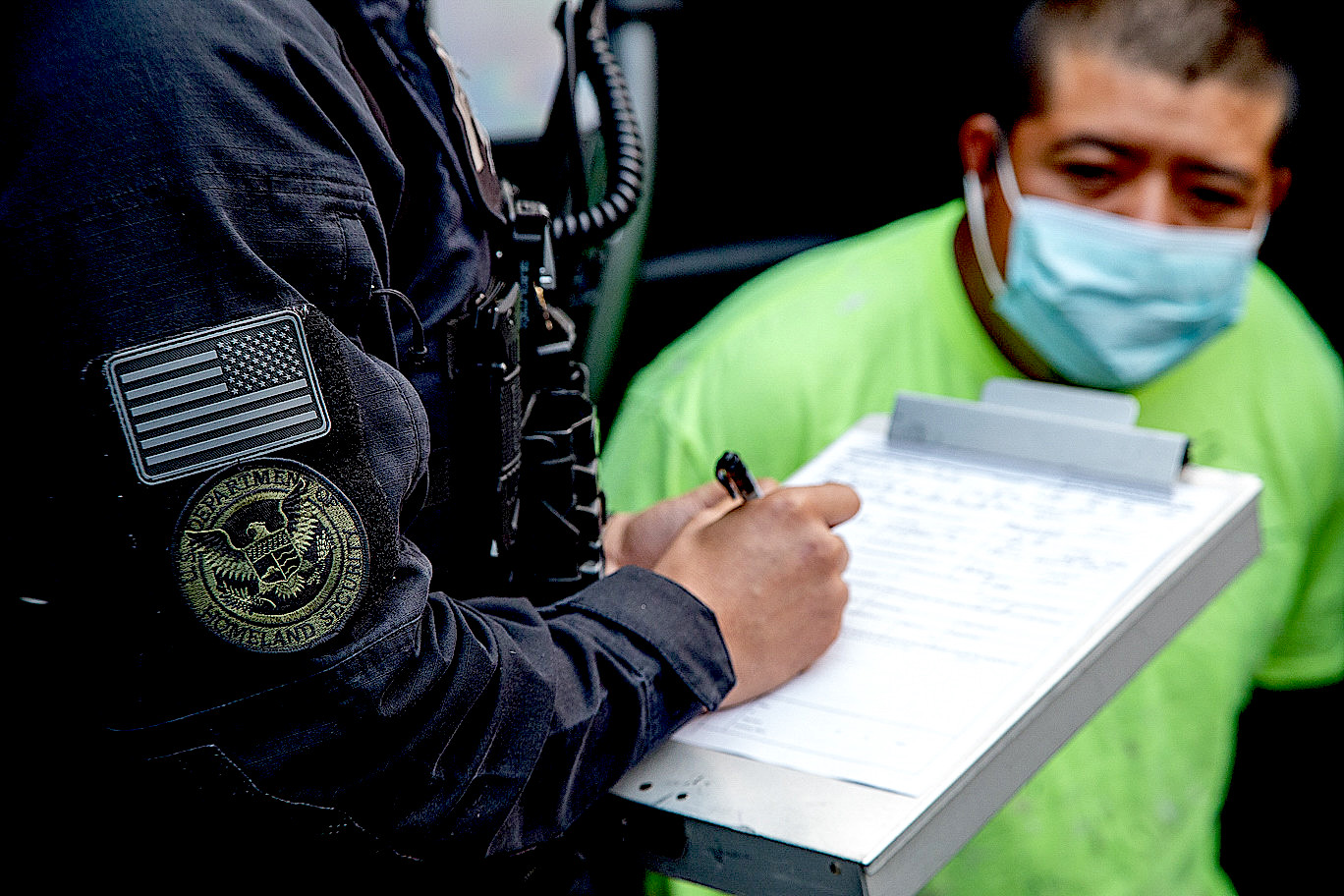 Undocumented person arrested in a sweep in California in 2020. (U.S. Immigration and Customs Enforcement, Flickr)

The pitifully low pay in the detention centers “depresses everybody’s wages,” said Benjamin. “In the case of these two facilities, it’s just outrageous because they’ve eliminated jobs of cleaning personnel, and said, ‘well, we have free labor from these people. Let them do it. And [the detainees] said, no, we’re not a free labor pool.”

Last year, a jury in a U.S District Court in Washington unanimously found GEO Group responsible for violating the state’s minimum wage laws; the judge ordered back pay to 100,000 detainees. Last month, a complaint was filed against GEO Group in a federal court in California stating the for-profit company fails to maintain a minimum standards of sanitation and that detainees are forced to work or be subjected to discipline.

As the strike continues, GEO is retaliating against the detained workers. Two strikers have been placed in solitary confinement for engaging in a group demonstration, according to Knox.

The prison is also limiting the days the commissary delivers purchased food to the detained workers. “You used to purchase your food and the vendor would come on Wednesdays and Fridays,” says Raul. “Now, they only come on Fridays and tell us they do not know the schedule.”

Another common scare tactic is threatening detained workers about how their behavior while in lock up will look before a judge ruling on their pending immigration cases. “The judge will find out you aren’t obeying rules and if you’re not obeying rules in here what will make them think you’ll obey rules out there?” said Raul, recounting a common fear-mongering tactic used by prison guards. To combat these tactics, he and the other detainees do everything as a group to ensure no one is singled out as a ring-leader. “We all speak up and when we speak to the officers we go as a group.”

A fundraiser has been launched to support the labor strikers’ efforts as well as an open-letter to Governor Gavin Newsom to pass the California Mandela Act, a bill that “defines solitary confinement as any period of confinement that exceeds 17 hours a day in a cell.”

Alejandra Quintero is an intern at Labor Notes in summer 2022.