The authors’ survey shows a significant portion of Gen Z – 30 percent  – has relied on free groceries from a pantry, church or other charity. 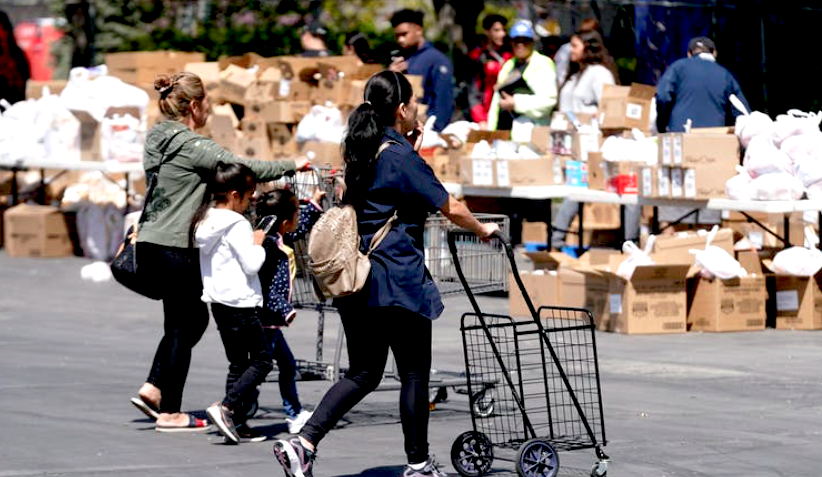 About 30 percent of Gen Z adults needed help from a food bank or other charity to get enough food in 2022. (AP Photo/Rick Bowmer)

We run the Center for Food Demand Analysis and Sustainability at Purdue University, and every month, through our Consumer Food Insights survey, we query over 1,200 Americans with the goal of tracking national food security as well as many other behaviors, attitudes and preferences related to food.

Food insecurity means having a lack of money or other resources for food. And when food insecurity surges, it can take a long time for affected populations to recover. After the Great Recession that ran from 2007 to 2009, food insecurity increased by 34 percent. It took a decade for food insecurity to drop to its pre-recession levels.

With Covid-19, food insecurity increased again, particularly among the most vulnerable groups in society, such as seniors and households with children.

But it also increased for members of Gen Z, who were the most likely to face unemployment due to the pandemic. And for those attending college, the pandemic reduced essential food services on campus and increased the number of students dropping out of school.

Now, with inflation soaring at the fastest pace in 40 years, those who lost jobs during the pandemic and college students with fixed incomes must stretch their limited resources even further at the grocery store.

Other research shows that factors like marriage and owning your own home typically improve food security. Since young people typically aren’t married or own a home, Gen Z by and large isn’t benefiting from these factors.

Additionally, full-time college students are generally not eligible for the Supplemental Nutrition Assistance Program, formerly known as food stamps. Although student eligibility has been expanded during the ongoing Covid-19 public health emergency, the paperwork required to apply can potentially discourage young people who have much less experience navigating the government bureaucracy.

Our survey also shows a significant portion of Gen Z – 30 percent  – has relied on free groceries from a pantry, church or other charity.

Prices for food consumed at home are currently jumping at over 12 perecent a year. That’s the fastest pace since 1979. Our survey data only reflects some of these recent price gains, so it’s unclear yet how much this will affect food insecurity. But what is clear is that Gen Z Americans, like other vulnerable groups, need more support to ensure they can access an affordable diet.

Sam Polzin is a food and agriculture survey scientist at Purdue University.

Jayson Lusk is a professor of agricultural economics at Purdue University.