The nominating process at the convention will test whether reformers can break the grip of the Administration Caucus, which has ruled the union for 70 years, writes Jonah Furman.

Member of the rank-and-file group Unite All Workers for Democracy leafleting in support of one member, one vote. (UAWD)

Auto Workers (UAW) members made history last November, winning direct elections of national officers (“one member, one vote”) in a membership referendum. Now delegates are headed to a Constitutional Convention where candidates will be nominated for the top slots.

The whole process will put to the test whether reformers can break the iron grip of the Administration Caucus, the one party that has ruled the union for 70 years.

Winning direct elections was the first hurdle. The next, formidable hurdles are: Will a credible slate of challengers form? Will a majority of members vote for change? And can new leaders and constitutional changes turn things around for the UAW?

Candidates will be nominated at the convention, Monday to Thursday this week. Ballots will be mailed Oct. 17 and counted Nov. 29.

The road to the referendum was paved with corruption: officials embezzling and misusing funds and taking bribes from an employer. Many auto workers are frustrated at years of contract concessions that have allowed automakers to build a two-tier workforce, with the number of temporary and lower-paid workers ballooning.

Neil Barofsky, the federal monitor assigned to clean up the scandal-ridden Auto Workers, issued his third report on the state of anti-corruption reform among UAW leadership on July 19, days before the union’s convention.

The report details the monitor’s extreme frustration with union officials’ stonewalling over many months, stating that “the Union’s cooperativeness veered sharply in the wrong direction.”

Top officers “repeatedly failed to even respond to the Monitor’s requests for interviews and documents” and concealed evidence of a high official’s “mishandling of a sum of cash.”

After a stern meeting with the Department of Justice, UAW President Ray Curry reportedly agreed to “a total reset” of the union’s relationship to the monitor, after which relations apparently improved.

As the monitor notes, “At present, the Union once again appears to be on the right track. To be sure, this is not the first time the Monitor is expressing optimism about the UAW’s cooperation after a change of approach by the Union.”

There are still 19 open investigations into UAW leadership conduct, five of them are new investigations since the last report. One official, a former assistant regional director, has been expelled from the union for life for involvement in corruption, while another local union official faces charges for embezzling $2 million dollars over a decade.

The monitor also expressed alarm over the purchase of $95,000 of merchandise, including 1,500 backpacks emblazoned with the name of Frank Stuglin, who is currently running for re-election as secretary-treasurer. The union adopted a rule to end such practices, embroidered over the names on the backpacks and stopped distributing the rest of the merchandise. 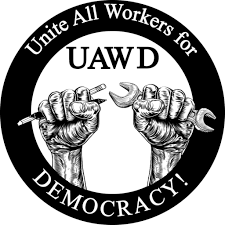 The reform group Unite All Workers for Democracy (UAWD) has put forward a platform for delegate candidates with the motto, “No Corruption. No Tiers. No Concessions!” Dozens of UAWD members have been elected delegates by their locals on this platform.

UAWD has also built a slate, though the group’s steering committee is still considering additional endorsements. More details on its candidates are below.

A majority of convention delegates will be products of the UAW’s entrenched system and culture, though UAWD will be a notable presence. The reformers’ goal is to convince fellow delegates that their union is best served by the reform spirit shown by members in the referendum last year.

UAWD is putting forward eight resolutions. One is a constitutional amendment to ban the practice of negotiating tiers in contracts. Another calls for the union to hire 100 new organizers to carry out an aggressive organizing strategy in the growing electric vehicle industry.

Another resolution calls for fighting discrimination by pushing to hire more women and people of color into skilled trades positions and instituting more union-led education to reinforce the principle “an injury to one is an injury to all.” 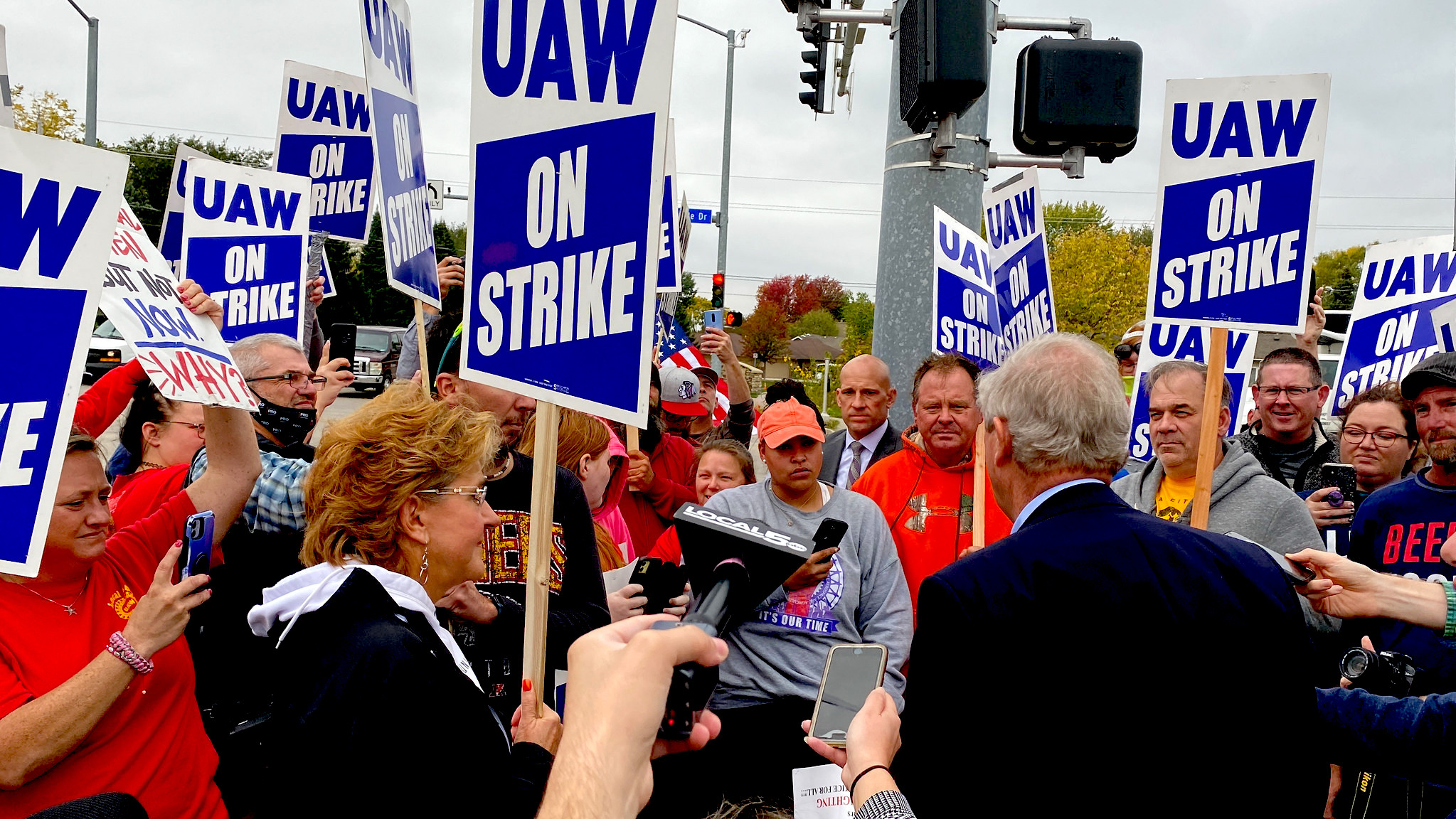 Another UAWD resolution would have called for strike pay to be increased from $275 a week to $400. On June 7, however, the UAW Executive Board announced that it was adopting this increase in advance of the convention — a sign that the incumbents are trying to get out in front of the opposition on this issue.

At least 24 locals representing 180,000 members had voted to back the increase in strike pay, including some of the largest auto locals and two John Deere locals.

UAWD is still pushing for strike pay to be paid starting on the first day of a strike, rather than the eighth; the Teamsters adopted a similar resolution at their convention last year.

The union has declined to put on the convention agenda any of the resolutions backed by the reform group Unite All Workers for Democracy and passed in numerous locals (with one exception, a voting rules item insisted upon by the Monitor).

A resolution not formally recommended by one of the constitutional committees (which UAWD’s resolutions were never likely to be) could still be brought to the floor if someone makes a motion and 15 percent of the delegates support it. Once heard, a resolution would need a majority of the delegates’ votes to pass.

The Administration Caucus has a full slate of 14, eight of whom currently hold office, including President Ray Curry, Secretary-Treasurer Frank Stuglin, and Vice President Chuck Browning.

Rich Boyer, former president of Local 961 at Chrysler’s Detroit Axle plant, is running for Stellantis vice president on a slate with Guinan.

However, it’s still up in the air whether Guinan and Coakley are eligible to run. In May, the monitor ruled that the constitution was silent on whether retirees were eligible to hold top office, so the current president could decide. Curry then ruled retirees ineligible, disqualifying two of his three opponents. Their supporters hope to put the question to the convention itself.

Fain is running on a UAWD-backed slate, UAW Members United, with Margaret Mock, former shop chair in Local 961, for secretary-treasurer, and LaShawn English, president of Local 1264 at the Stellantis Stamping Plant in Sterling Heights, Michigan, for Region 1 director. UAWD is still considering other endorsements.

A candidate who’s not part of any slate is former Lordstown General Motors local President Dave Green who is running for Region 2B director. Green prominently fought the closing of the Lordstown plant in 2018, attracting the ire of former President Donald Trump and ran an unsuccessful bid for regional director in 2020.

Daniel Vicente, recording secretary of Local 644 at Dometic, is running for Region 9 director, and seeking UAWD’s endorsement. In a statement, Vicente said, “Honestly, I’m a husband and father of four from the shop floor, tired of complaining about leadership. Change is coming for our union.”

Jonah Furman is a staff writer and organizer for Labor Notes.

9 comments for “US Auto Workers Poised to Make History”