Humberto Márquez says a visible demonstration of sanctions’ ineffectiveness are the imported products sold in hundreds of stores in Caracas and other cities and towns in Venezuela. 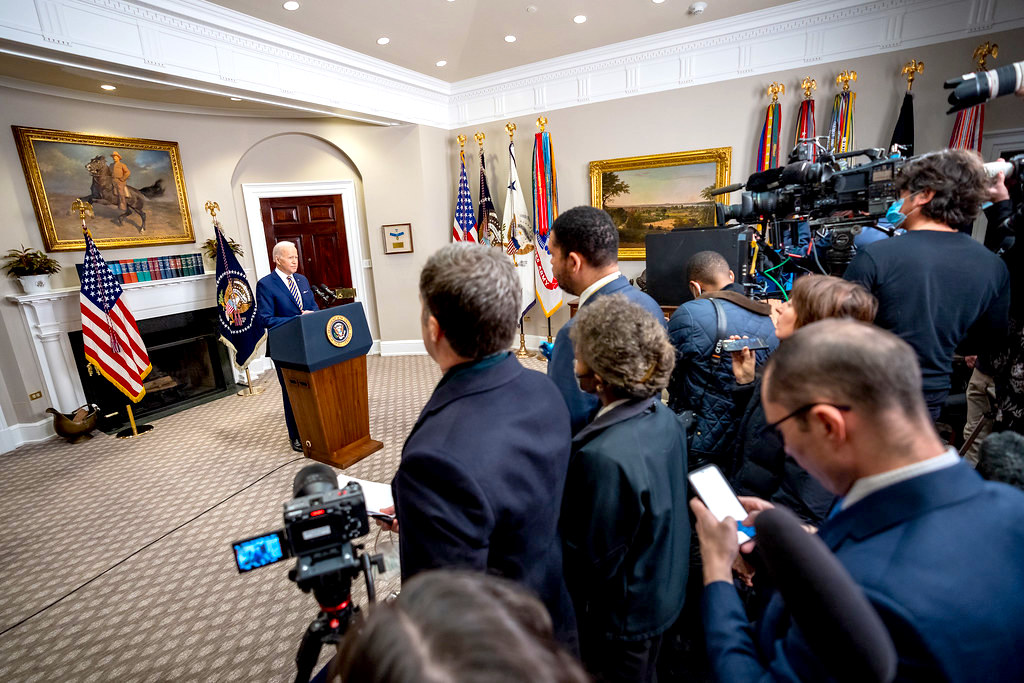 Economic sanctions against countries whose behavior is reproached by the West operate as punishment although they fail in their declared political objectives, and in cases such as Venezuela the contrast is clearly on display in the windows of high-end stores that sell imported goods.

“Experience has shown that sanctions are an instrument that does not achieve the supposed objective, political change, as in the cases of Cuba and now also in Venezuela,” Luis Oliveros, professor of economics at the Metropolitan and Central universities of Venezuela, told IPS.

Moreover, “there is a club of sanctioned countries, they feed off each other, share information and mechanisms to circumvent sanctions, and they cooperate with each other, such as Russia with China or Iran, or Cuba and Iran with Venezuela, even obtaining support from third party countries such as Turkey,” said Oliveros.

The most commonly used sanctions are bans on exports and imports, financial transactions, obtaining technology, spare parts and weapons, and travel and trade; the freezing of assets; the withdrawal of visas; bans on entering the sanctioning country; the expulsion of undesirable individuals; and the blocking of bank accounts.

Russia became embroiled in a thick web of sanctions since its troops invaded Ukraine on Feb. 24, and measures against its products, operations, institutions and authorities, which numbered 2,754 before the conflict, according to the private organization Statista, have now climbed to 10,536 and counting.

The major sanctioners are the United States, the European Union, Canada, Australia, Japan, Israel and Switzerland.

In the case of Iran and North Korea, sanctions have mainly punished their nuclear development programs. Pyongyang has not stopped its missile tests and Tehran flips the switch on its nuclear program according to the vagaries of Washington’s international policy.

Like a boomerang, sanctions sometimes hurt their proponents, and in the case of Russia their effects are felt in every corner of the planet.

Chinese President Xi Jinping warned on June 23 that sanctions “are becoming a weapon in the world economy.”

“Economic sanctions deliver bigger global shocks than ever before and are easier to evade,” observed Nicholas Mulder, author of The Economic Weapon: The Rise of Sanctions as a Tool of Modern War. 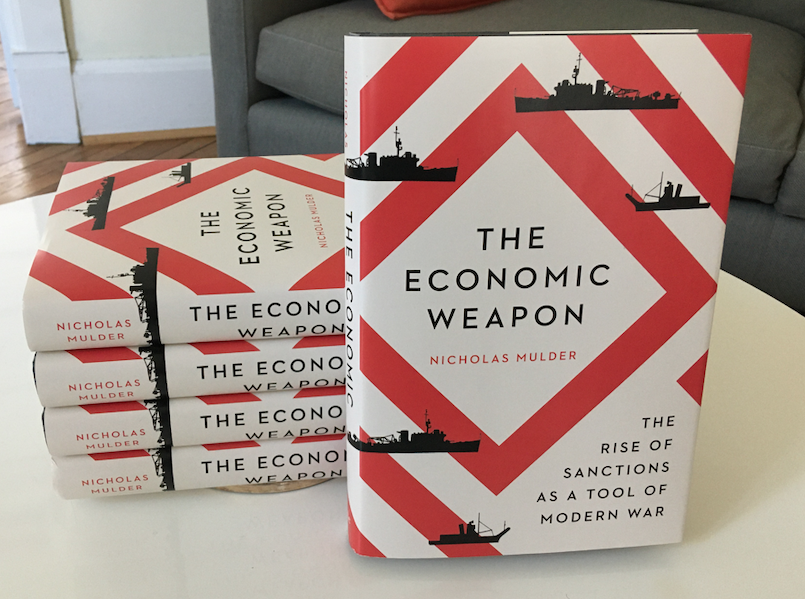 Mulder, an assistant professor in the history department of Cornell University in New York State, argues that “not since the 1930s has an economy the size of Russia’s been placed under such a wide array of commercial restrictions as those imposed in response to its invasion of Ukraine.” He was referring to measures against Italy and Japan after the invasions of Ethiopia and China.

The difference is that “Russia today is a major exporter of oil, grain, and other key commodities, and the global economy is far more integrated. As a result, today’s sanctions have global economic effects far greater than anything seen before,” says Mulder.

Industrialized economies in Europe and North America have been impacted by energy price hikes, and as sanctions remove Russian raw materials from global supply chains, prices are rising and affecting the cost of imports and the finances of less developed countries, says the author.

In Africa, the Middle East and Central Asia, there are fears of increased food insecurity as supplies of grain, cooking oil and fertilizers from Ukraine and Russia have been disrupted and the costs have been driven up.

“The result of these changes is that today’s sanctions can cause graver commercial losses than ever before, but they can also be weakened in new ways through trade diversion and evasion,” Mulder warned in a paper released in June by the International Monetary Fund (IMF).

Nazanin Armanian, an Iranian political scientist exiled in Spain, argues that “the tactic of shocking the economy of rivals and enemies suffers from two problems: neglecting the risk of radicalization of those who feel humiliated and ignoring the network of connections in a world that is a village.”

She cites the example of Iran, which has found multiple ways to export its oil. That is also the case of Cuba, which has endured and circumvented U.S. sanctions for more than 60 years.

“It is clear that decades of U.S. isolation of Cuba have failed to accomplish our enduring objective of promoting the emergence of a democratic, prosperous and stable Cuba.”

The Case of Venezuela 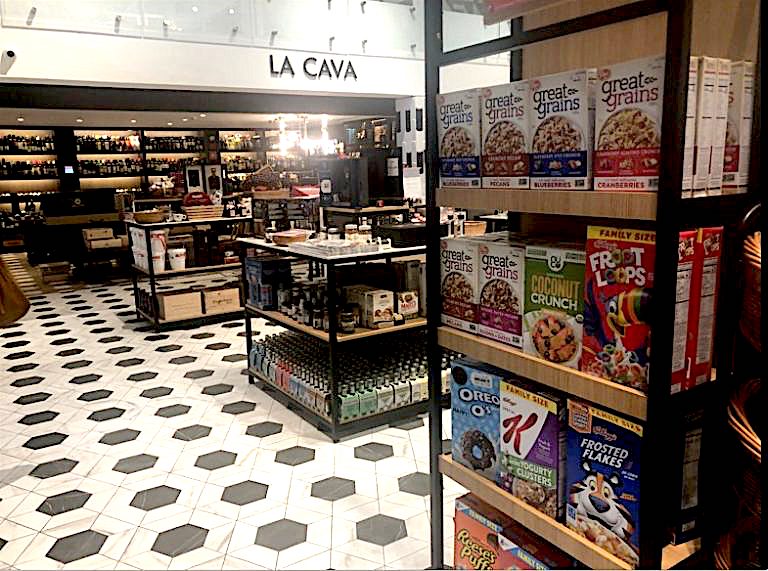 U.S. sanctions against Venezuela do not prevent luxurious commercial establishments like this one in Caracas from selling U.S. and European imports  to a minority of people who can afford them in a country with widespread poverty. (Humberto Márquez/IPS)

It was also Obama who on March 15, 2015 declared in an executive order the government of Venezuela as an “unusual and extraordinary threat to the national security and foreign policy of the United States,” and that year sanctions were initiated against Venezuelan authorities, companies and public institutions.

Since then, Washington has sanctioned — with a range of measures — dozens of officials and their families, military commanders, government leaders, businesspersons who negotiate with the government and some one hundred companies, both public and private.

The E.U. also adopted sanctions, as did Canada and Panama, and U.S. sanctions also affect third country companies that do business with the Venezuelan government.

When the United States stopped buying Venezuelan crude oil and banned the sale of supplies to produce gasoline, Caracas appealed with some success to Iran, which has also sent equipment and personnel to refurbish Venezuela’s rundown refineries.

But the most visible demonstration of the ineffectiveness of the sanctions is that imported products are displayed and sold in hundreds of stores in Caracas and other cities and towns, even if only a minority can afford to buy them regularly.

There has been a proliferation of “bodegones,” the name given to new or quickly refurbished stores to give them a sophisticated appearance and satisfy tastes or the need to acquire imported foodstuffs and other perishable products, after years of widespread shortages. Up to 800 have been counted in Caracas, a crowded city of 3.5 million people located in a valley surrounded by mountains. 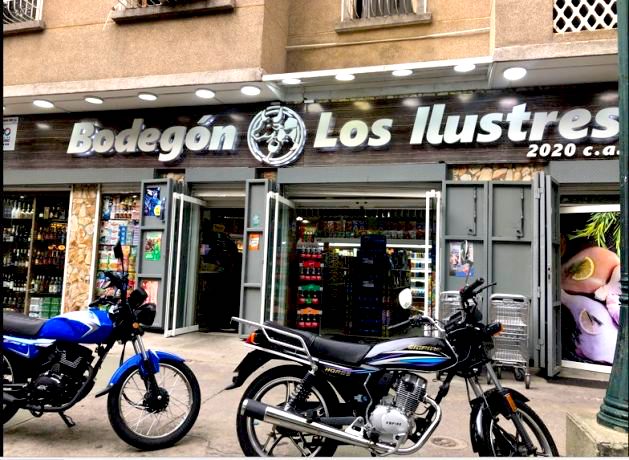 “Bodegones” like this one in Caracas are Venezuela’s new commercial boom. They sell imported products, mostly from the U.S. despite the sanctions. (Humberto Márquez/IPS)

The bodegones, as well as appliance stores and a handful of high-end restaurants and bars, have been the battering ram of the de facto dollarization that reigns in Venezuela, alongside the disdain for the bolivar as currency and the use of the Brazilian real and the Colombian peso in the border areas with those two countries.

Washington allows the export of food, agricultural, medicinal and hygiene products, while U.S. brands or imitations are imported from Asia, as well as household appliances, telephone and computer equipment and accessories. Wines, liquors and cosmetics arrive without major problems from Europe.

An apparent “bonanza bubble” has arisen, limited to trade and consumption by a minority, fed with income from the State – which sells minerals and other resources with a total lack of transparency — and with remittances from the millions of Venezuelans who have migrated to escape the crisis over the last eight years.

In that period, poverty has expanded until reaching four-fifths of the country’s 28 million inhabitants and they have also suffered three years of hyperinflation. For this crisis, the government of President Nicolás Maduro tirelessly and systematically blames the sanctions from abroad.

The sanctions “have been an excellent business for the Maduro administration, because not only did it unify its forces based on a common external objective, but it forgot about paying the foreign debt and, under a state of emergency, exports without transparency or accountability, in a black market,” said Oliveros.

In addition, “a good part of the opposition put all its eggs in the sanctions basket and forgot about doing political work, and that is why the public, after so many years of difficulties, are questioning the results of that strategy,” he added.

In short, “instead of helping to bring about political change, what the sanctions have done is to keep Maduro in power,” said Oliveros.

In the cases of Venezuela and Iran, Washington and its European partners are interested in obtaining gestures of change – in the Venezuelan case, resumption of dialogue with the opposition – that would justify a relaxation of sanctions, which in turn would lead to an increase in oil supplies, now that Russian oil is facing restrictions.

Despite these failures, with respect to Venezuela, Nicaragua and Cuba, as well as countries opposed by the West on other continents, sanctions still function, in the eyes of public opinion in the countries that impose them, as a sign of political will to punish governments considered enemies, troublemakers or outlaws.

Humberto Márquez, who joined IPS in 1999, has been a journalist for more than 25 years, specializing in international news. He worked for 15 years with Agence France-Presse (AFP), 10 as assignment editor in Caracas, covering Venezuela, the Caribbean and the Guyanas. He also worked for more than five years in the international section of the Caracas newspaper El Nacional.

The views expressed are solely those of the author and those who were interviewed and may or may not reflect those of Consortium News.

5 comments for “The Failure of Sanctions”