The best propaganda is generally a mixture of truth with half-truth, distortion, lies by omission and the removal of context and perspective. 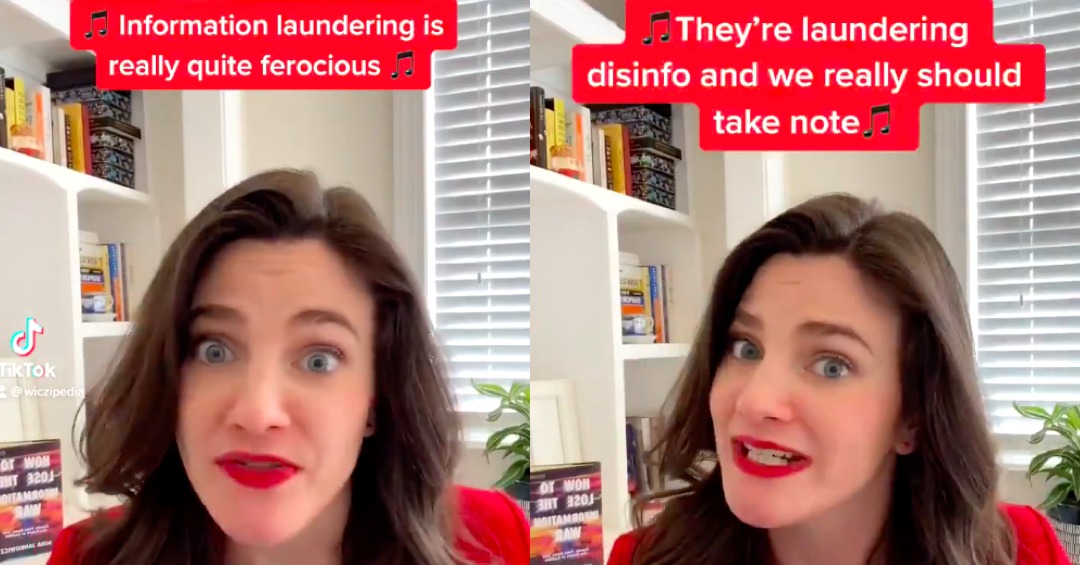 By Caitlin Johnstone
CaitlinJohnstone.com
Listen to a reading of this article.

The Grayzone has published leaked email communications between faux-left British commentator and aspiring parliamentarian Paul Mason and a shady intelligence contractor named Amil Khan which plainly show the two plotting to use state power to subvert anti-imperialist media outlets like Consortium News and The Grayzone, as well as “far left rogue academics” and the broader left more generally.

Mason has obliquely authenticated the contents of the emails with a weird, rambling Medium post claiming to have been victimized by a “Russian hack-and-leak operation.” The post does not deny the veracity of the emails. Instead, Mason bizarrely claims that they “may be altered or faked,” as though they are not his own personal communications whose accuracy he could instantly deny if they were altered or faked in any way.

This is the same as verifying the emails and then yelling “But look over there! It’s Putin!”

It would take a very silly person indeed to look at a bunch of authenticated emails showing a major British media figure conspiring with an intelligence contractor to subvert the antiwar left and then conclude that the correct response to this would be to get angry at the Russians.

This new report from @KitKlarenberg based on leaked emails details how Paul Mason is purportedly secretly working with the national security state to censor, smear, deplatform and destroy virtually the entire antiwar left.

There will probably be a lot written about these leaks in the coming days, but for now I’d like to focus on the fact that, in these private communications between a media insider and an intelligence insider, the “independent investigative journalism” outlet known as Bellingcat is described as a “proxy” for Western intelligence agencies and is said to receive “a steady stream of intel” from them.

“Just as Bellingcat get a steady stream of intel from Western agencies, I suspect the attacks on you and others are fed by Russian and Chinese intel,” Mason is seen telling Khan, who has been the subject of a previous Grayzone exposé.

On the team of spinmeisters Mason and Khan were plotting to assemble to undermine anti-imperialist media, Mason said that “what it really also needs is intel service input by proxy — eg Bellingcat.” Which certainly reads like an explicit call to work with Western intelligence agencies to take down his perceived enemies on the left.

“Khan — a long-time advocate and associate of [Bellingcat] — did not once challenge Mason’s repeated characterization of the supposed citizen journalist collective as a clearing house for friendly spy agencies,” write Grayzone’s Kit Klarenberg and Max Blumenthal.

As of this writing there has been little in the way of denial from Bellingcat of those claims the closet C.I.A. fan Paul Mason made when he believed he was communicating in privacy. The Twitter page of Bellingcat’s executive director and founder Eliot Higgins tweeted, “I see the Gray Zone has acquired even more hacked emails, I wonder who keeps providing them with those, hmmmm.”

When asked by a commenter if intelligence agencies leak information to Bellingcat, Higgins replied, “No and never,” which he then immediately retreated from when pressed, saying instead, “Well if we use sources that aren’t open sources we’ll use multiple independent sources to acquire the same or related data and triangulate the data to confirm its authenticity.”

Which is a mighty long pace from “No and never,” if you look at it. It’s saying well if we do get information from someone who might work for an intelligence agency, we’ll use “related data” from other sources (who themselves may or may not also have intelligence ties) to “confirm” it.

People would be well advised to take anything Higgins says about his operation with a large grain of salt. In 2016 he dismissed the suggestion that his operation is funded by the CIA cutout known as The National Endowment for Democracy (NED) with a “Stop reading conspiracy websites.” Less than a year later he admitted when pressed that Bellingcat does indeed receive funding from NED.

Who is Bellingcat really? A superb investigation by @AlanRMacLeod

This is not the first time it has been claimed that Bellingcat operates as a proxy for Western intelligence information laundering, nor the second, nor the third. As Alan MacLeod documented last year for Mintpress News, there was already a mountain of evidence that the “independent” narrative management firm celebrated and beloved by the Western political/media class operates as a proxy of the Western intelligence cartel. Mason and Khan’s communications are just one more piece on the pile.

Western intelligence agencies have numerous pathways through which they can get information, misinformation and disinformation into the mainstream press without people noticing that the news media are publishing government propaganda. Mason’s emails are yet more evidence that Bellingcat is one such pipeline for intelligence cartel psyops.

If there’s something the cartel wants published, they launder it through proxies like Bellingcat and then the news media run it saying it’s been verified by an “independent” “OSINT” (open-source intelligence service). And presto, you’ve got yourself some good old-fashioned Langley-cooked spook propaganda.

This doesn’t mean that everything Bellingcat publishes is entirely false. The best propaganda is generally a mixture of truth with half-truth, distortion, lies by omission and the removal of context and perspective. It just means it’s generally untrustworthy because it operates at the direction, knowingly or unknowingly, of sociopathic government agencies whose only interest is in domination and control.

You can just call me the Mary Poppins of disinformation ????? https://t.co/eGV9lpctYn pic.twitter.com/WVQFA2bPmq

If the term “information laundering” sounds familiar to you, it might be because you heard it used in the news, like during the George W. Bush administration when the inner circle of then Vice President Dick Cheney was leaking false claims about Iraq to The New York Times, “verifying” that information when contacted to confirm it, and then citing those false news reports when continuing to make the case for invasion.

The term might also sound familiar to you because information laundering was the subject of the much-ridiculed Mary Poppins jingle sung by notorious imperial narrative manager Nina Jankowicz, who also featured in The Grayzone report. Apparently Mason contacted Khan in outrage over a Consortium News piece disputing the official imperial Ukraine narrative and Khan reached out to Jankowicz for advice on what to do.

Jankowicz told Khan that Consortium was a case of “useful idiots rather than funding,” meaning it’s not paid by the Kremlin it just publishes things that empire managers don’t like. Khan then told Mason that there was a highly suspicious gap in Consortium News publications between 2005 and 2011, which, as Consortium Editor Joe Lauria explained in The Grayzone piece, was apparently the result of Khan not doing basic fact checking and not understanding how the internet works.

Sing it with me now: