CN Live! is in London and looks back at the seven years that the WikiLeaks publisher was exiled in the Ecuador Embassy, with Fidel Narváez and Emmy Butlin.

On June 19, 2012 Julian Assange, fearing extradition to the United States for publishing some of the biggest news of the day,  sought refuge in the Embassy of Ecuador in London. Ten years later, he sits in a maximum security prison in London as the United States is still trying to put the journalist on trial for exposing its dirtiest secrets.

Some of its biggest scoops came when WikiLeaks‘ de facto headquarters were confined to  two small rooms on the first floor of a redbrick building in Knightsbridge.

As we approach the 10th anniversary of Assange entering the embassy, CN Live! looks back on those important years. CN Editor Joe Lauria speaks with Fidel Narváez, who was consul at the Embassy until he was fired in 2018 for helping Assange;  and Emmy Butlin, who stood outside the Embassy protesting Assange’s treatment until April 11, 2019, the day he was dragged out by London police.  (Produced by Cathy Vogan.) 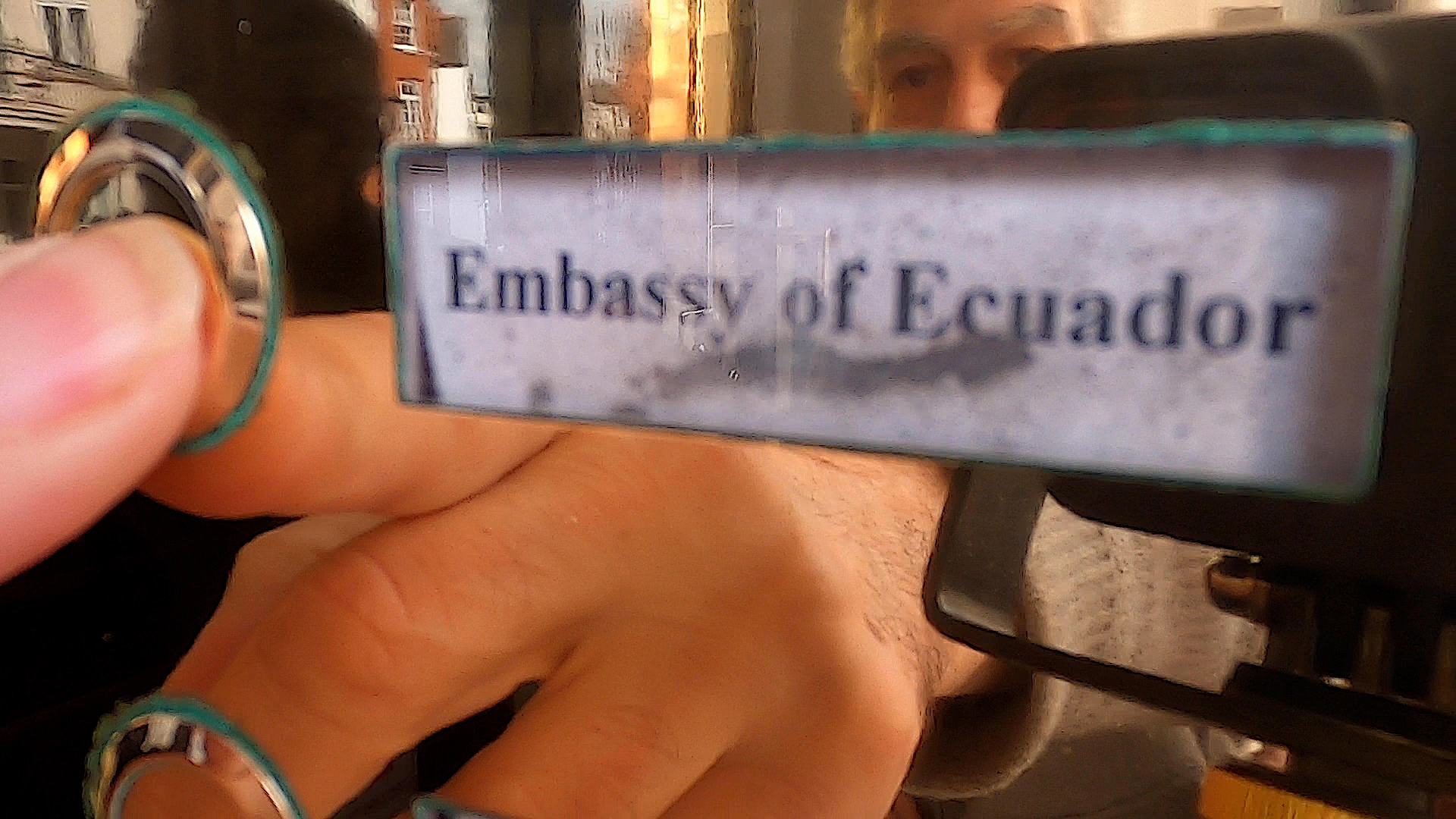