This is the year in which Erdogan decided to change course, writes As`ad AbuKhalil. 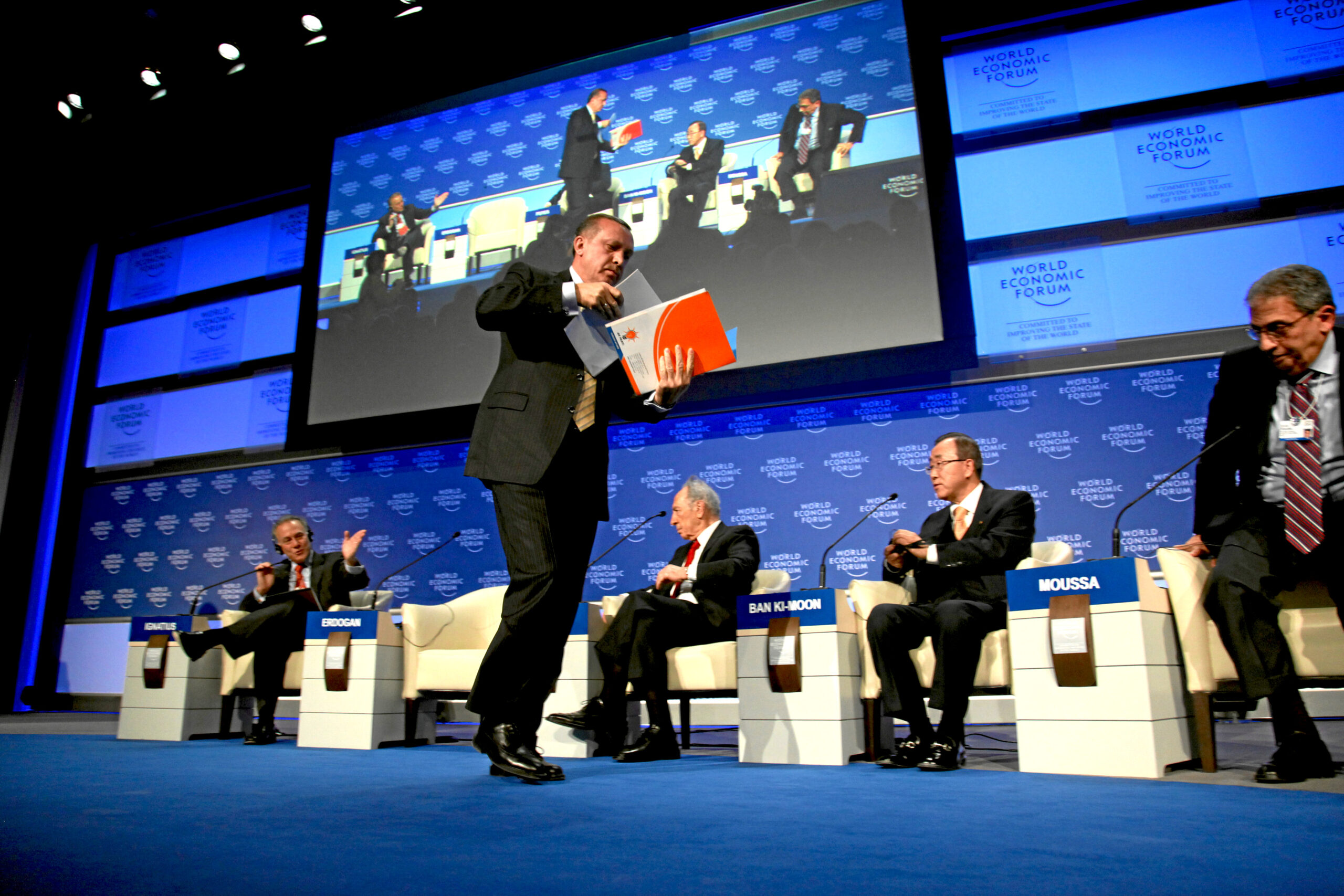 It is now almost forgotten that Turkey used to lead the Arab people, or most of them.  For four centuries until WWI, Turkey was the dominant political force in the Arab world and its caliph/sultan spoke on behalf of most world Muslims.

But Kamal Atatürk (founder of modern Turkey) with his secular and pro-Western outlook changed the relationship of Turkey with the Arab world.

In 1924, Atatürk abolished the caliphate, which had been the office of international leadership of Muslims around the world since the death of the Prophet in 632 AD.

To be sure, there were times when various caliphs competed for the support of world Muslims (at one point, there were caliphs in Spain, Cairo and Baghdad simultaneously assuming the title when one caliph was supposedly necessary to rule Muslims and speak on their behalf on matters of collective interest and concern.).

But Atatürk’s move triggered a crisis. Arab leaders interested in assuming the mantle of religious-political leadership began to compete. 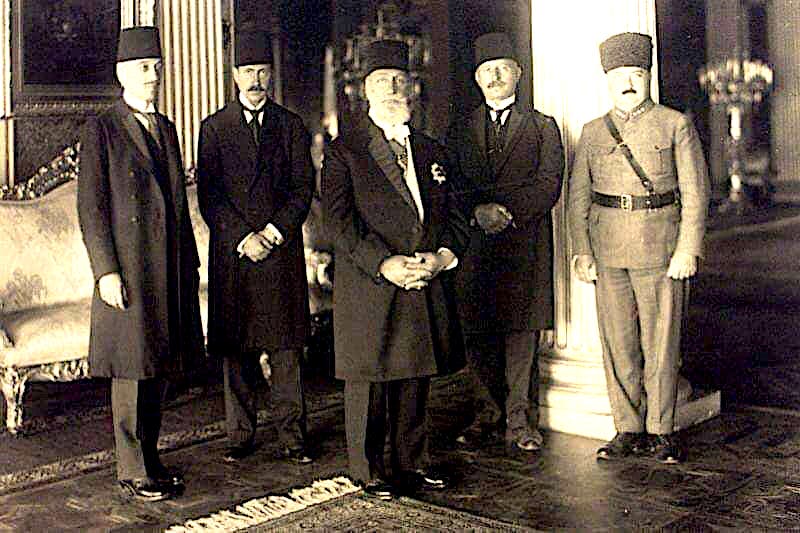 Abdulmejid II, center, the last caliph of the Ottoman Empire, in 1924, surrounded by the official delegation that came to inform of his dethronment. (Wikimedia Commons)

There was a time when King Farouk of Egypt (overthrown in 1952) was expected to announce his assumption of the title of caliph.  But he was not up to the job, and not too many Muslims saw him as their leader.

Furthermore, as Western powers took over the Arab world, they were not keen on allowing one Arab leader to amass that much power and legitimacy. And when Egypt’s Gamal Nasser rose to a status of undisputed leader of the Arabs in 1956, Western powers quickly moved (with Israel) to crush him.

Turkey enjoyed its distance from the Arab world when it sought further integration into Europe.  In fact, Turkey was aligned with Israel during the time of Arab nationalist fervor.  Turkey did not bother with the Arab world and exhibited condescending attitudes towards the Arabs, many of whom — especially in small Lebanon — fabricated a history of Arab resistance to Ottoman rule.

In fact, not one demonstration was held in Lebanon or Syria after the demise of Ottoman rule.  Yet, there were massive demonstrations after the end of French and British colonial rule.  Turkey was certain that its role during the Cold War against communism and its alliance with Israel would secure it a place among Western powers and it was allowed to join NATO.

But secular Turkey was a repressive model that was imposed from above; the religious sentiments and ideologies of the population were strictly suppressed and that suited Western powers as long as U.S. interests were served. 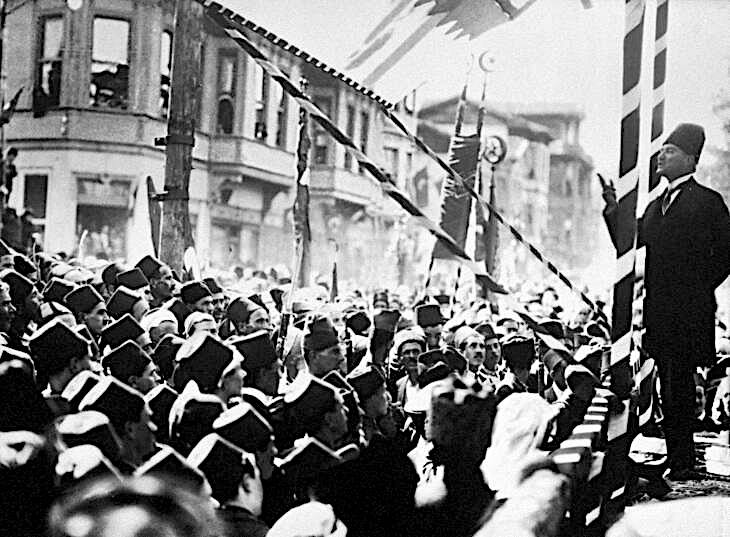 Turkey did not express much interest in the Arab world at that time. It is no exaggeration to say that when Recep Tayyip Erdogan assumed the post of prime minister in 2003 he was the first Turkish leader since WWI who sought a sphere of influence in the Arab world.

The Muslim Brotherhood and Qatar (along with Turkey) were the early allies in the formation of a new center of power which benefited greatly from the Qatari media empire.

The alliance was not overt at first because Arabs were not that familiar with Turkish politics and were not used to Turkish leaders making explicit statements about Arab affairs.

Erdogan started to make strong stances about Palestine and famously once walked out of a panel at Davos that included Israeli leader Shimon Peres.

Arab media and people took notice, particularly in May 2010 when six Turkish civilian ships attempted to break the brutal Israeli siege of Gaza when they were attacked by the Israeli navy. 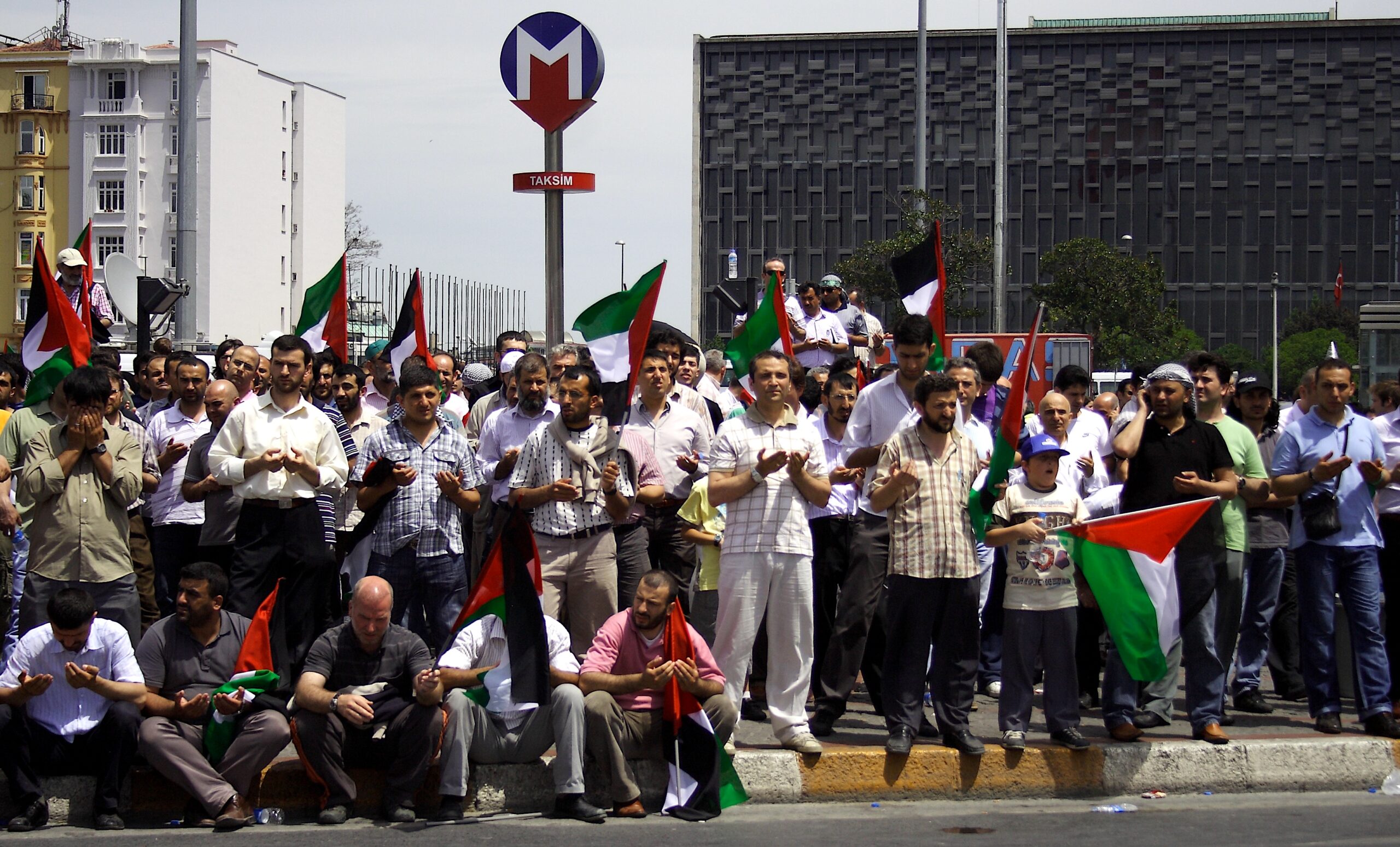 Erdogan’s strident statements against Israel took Turkey to an all-time high in popularity in the Arab world. I remember being in Lebanon when Sunni and Shiite political parties and organizations both expressed strong support for Turkey. During that time, I also assumed that Turkish intelligence had established a presence because Turkish flags and large banners expressing support for Erdogan were suddenly displayed in numerous demonstrations.

Turkey began to harbor great ambition to lead the Arabs as part of a new Turkish empire.  The alliance with Qatar and the Muslim Brotherhood was solidified and was put into practice during the Syrian civil war that began in 2011.

The Turkish era was short-lived alas.

Turkey failed to capture a large segment of the Arab people because its policies were highly partisan on the side of the Muslim Brotherhood. Those policies alienated not only secular Arabs but also Arab governments and political organizations who — for whatever purposes — opposed the Brotherhood.

In Syria, Turkey was aiding fanatical groups, not only the Brotherhood and it formed various militias carrying names that resonated with Turkish national memory.

Arab governments opposed to the Brotherhood considered Turkey’s role to be destructive. Turkey became heavily involved in the affairs of Syria and Libya in particular and it coordinated with Qatar over its regional policies.

Turkish support for the Brotherhood immediately raised the ire of Saudi Arabia and the U.A.E. when both were declaring the Brotherhood a terrorist organization (never mind that both of those governments had been sponsors of the Muslim Brotherhood during the Cold War years because Nasser, the Arab nationalist leader, was anathema in the West and a victim of an assassination attempt by the secret arm of the Brotherhood as early as 1954).

The U.A.E. and the Western alliance were alarmed and the U.A.E. led a military regional operation in which client militias pushed back against Turkey’s Islamist allies.

The U.A.E. was and is the chief champion of enmity toward the Muslim Brotherhood in the region, and in the world at large. (The U.A.E. has been lobbying Western governments to ban the Brotherhood).

Erdogan responded by championing the Palestinian cause, knowing that Arab rulers were too afraid to do the same out of fear of the U.S.  Many Gulf governments were already aligned secretively (then openly in the wake of the Abraham Accords) with Israel. 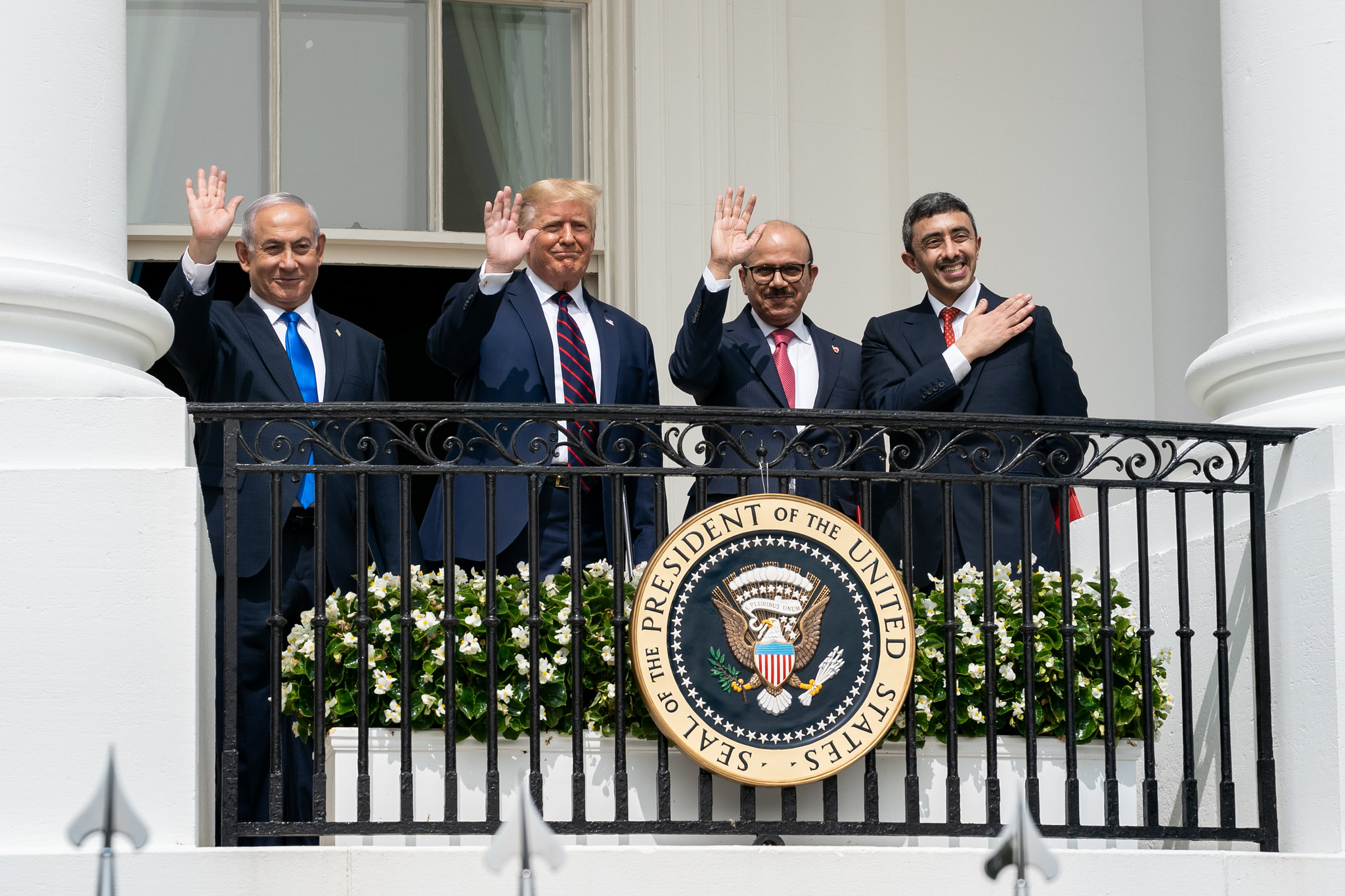 The U.A.E. arranged for the coup in Egypt that brought Gen. Abdul-Fatah Sisi into power in 2014. Last year the Tunisian president ousted the Nahdah Party (the largest bloc in Tunisian parliament, which had its origin in the Muslim Brotherhood).  And when the U.A.E. and Saudi Arabia declared war on Qatar in 2017, Erdogan demonstrated solidarity with Qatar.

Saudi regime media then declared war on Turkey and Erdogan suffered from Western disapproval for his policies toward Israel (while Turkey under Erdogan championed the Palestinian cause, at least verbally, it never severed its military and intelligence ties with Israel).

Erdogan began losing popularity in Turkey as the economy faltered because of measures and policies that were squarely blamed on Erdogan. Erdogan made a major concession that would have been too humiliating only a few years ago.

Erdogan has decided to change course. The media of the Muslim Brotherhood operating in Turkey were notified that they would no longer be permitted to advocate against Arab governments. Some leaders of Hamas and the Muslim Brotherhood were expelled from Turkey and Erdogan launched a humiliating tour in which he reconciled with erstwhile bitter enemies: the leaders of Egypt, the U.A.E. and Saudi Arabia.

Erdogan may be signaling that his quest for leadership in the Arab world has failed miserably and that is largely due to Western disapproval, his declining popularity at home, support for the Brotherhood and his role in backing extremists in the Syrian civil war.

3 comments for “THE ANGRY ARAB: Turkey Leaves the Arab World”