Vijay Prashad reflects on the social wealth being wasted in the name of defending U.S. hegemony.

Two important reports were released last month, neither getting the kind of attention they deserve. On April 4, the Intergovernmental Panel on Climate Change’s Working Group III report was published, evoking a strong reaction from the United Nations’ Secretary General António Guterres.

The report, he said, “is a litany of broken climate promises. It is a file of shame, cataloguing the empty pledges that put us firmly on track towards an unlivable world.”  At COP26, the developed countries pledged to spend a modest $100 billion for the Adaptation Fund to assist developing countries adapt to climate change.

Meanwhile, on April 25, the Stockholm International Peace Research Institute (SIPRI) issued its annual report, finding that the world’s military spending, for the first time, surpassed the $2 trillion mark. The five largest spenders – the United States, China, India, the United Kingdom and Russia – accounted for 62 percent of this amount. The United States, by itself, accounts for 40 percent of total arms expenditure.

There is an endless flow of money for weapons but less than a pittance to avert planetary disaster. 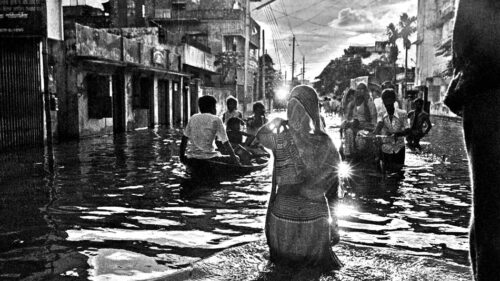 Shahidul Alam, Bangladesh. People wade through flooded streets near Kamlapur Railway station in 1988, during one of the worst floods in a century.

That word “disaster” is not an exaggeration.

U.N. Secretary General Guterres has warned that “we are on a fast track to climate disaster… It is time to stop burning our planet.”

These words are based on the facts contained in the Working Group III report. It is now firmly established in the scientific record that the historical responsibility for the devastation done to our environment and our climate rests with the most powerful states, led by the United States. There is little debate about this responsibility in the distant past, a consequence of the ruthless war against nature carried out by the forces of capitalism and colonialism.

But this responsibility also extends to our present period. On  April 1, a study published in The Lancet Planetary Health demonstrated that from 1970 to 2017 “high-income nations are responsible for 74 percent of global excess material use, driven primarily by the USA (27 percent) and the EU-28 high-income countries (25 percent).”

The excess material use in the North Atlantic countries is due to use of abiotic resources (fossil fuels, metals and non-metallic minerals).

The excess use in these lower-income countries is driven largely by using biotic resources (biomass). This distinction between abiotic and biotic resources shows us that the excess resources use from the Global South is largely renewable, whereas that of the North Atlantic states is non-renewable.

This should have been on the front pages of the newspapers of the world, particularly in the Global South, and its findings debated widely on television channels. But it was barely remarked upon.

It proves decisively that the high-income countries of the North Atlantic are destroying the planet, that they need to change their ways, and that they need to pay into the various adaptation and mitigation funds to assist countries that are not creating the problem but that are suffering from its impact.

Having presented the data, the scholars who wrote this paper note that

“high-income nations bear the overwhelming responsibility for global ecological breakdown, and therefore owe an ecological debt to the rest of the world. These nations need to take the lead in making radical reductions in their resource use to avoid further degradation, which will likely require transformative post-growth and degrowth approaches.”

These are interesting thoughts: “radical reductions in resource use’ and then “post-growth and degrowth approaches.” 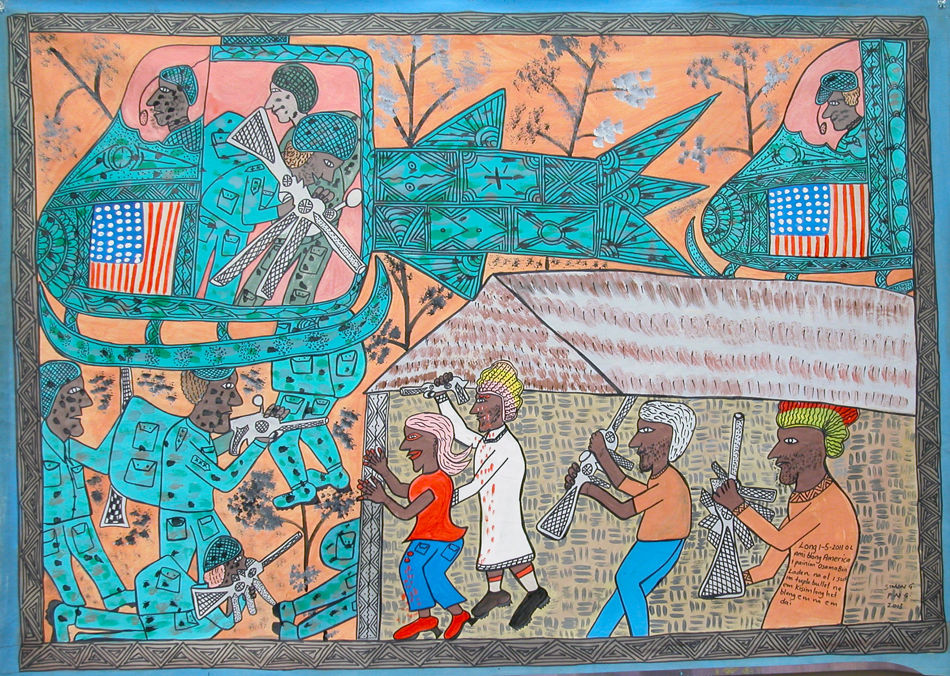 The North Atlantic states — led by the United States — are the largest spenders of social wealth on arms.

The Pentagon — the U.S. armed forces – “remains the single largest consumers of oil,” says a Brown University study, “and as a result, one of the world’s top greenhouse gas emitters.”

To get the United States and its allies to sign the Kyoto Protocol in 1997, the U.N. member states had to allow greenhouse gas emissions by the military to be excluded from the national reporting on emissions.

The vulgarity of these matters can be put plainly by comparison of two money values.

First, in 2019, the United Nations calculated that the annual funding gap to achieve the Sustainable Development Goals (SDGs) amounted to $2.5 trillion. Turning over the annual $2 trillion in global military expenditure to the SDGs would go a long way toward dealing with the major assaults on human dignity: hunger, illiteracy, houselessness, lack of medical care and so on.

It is important to note here, that the $2 trillion figure from SIPRI does not include the lifetime waste of social wealth given to private arms manufacturers for weapons systems. For example, the Lockheed Martin F-35 weapons system is projected to cost nearly $2 trillion.

In 2021, the world spent over $2 trillion on war, but only invested — and this is a generous calculation — $750 billion in clean energy and energy efficiency. 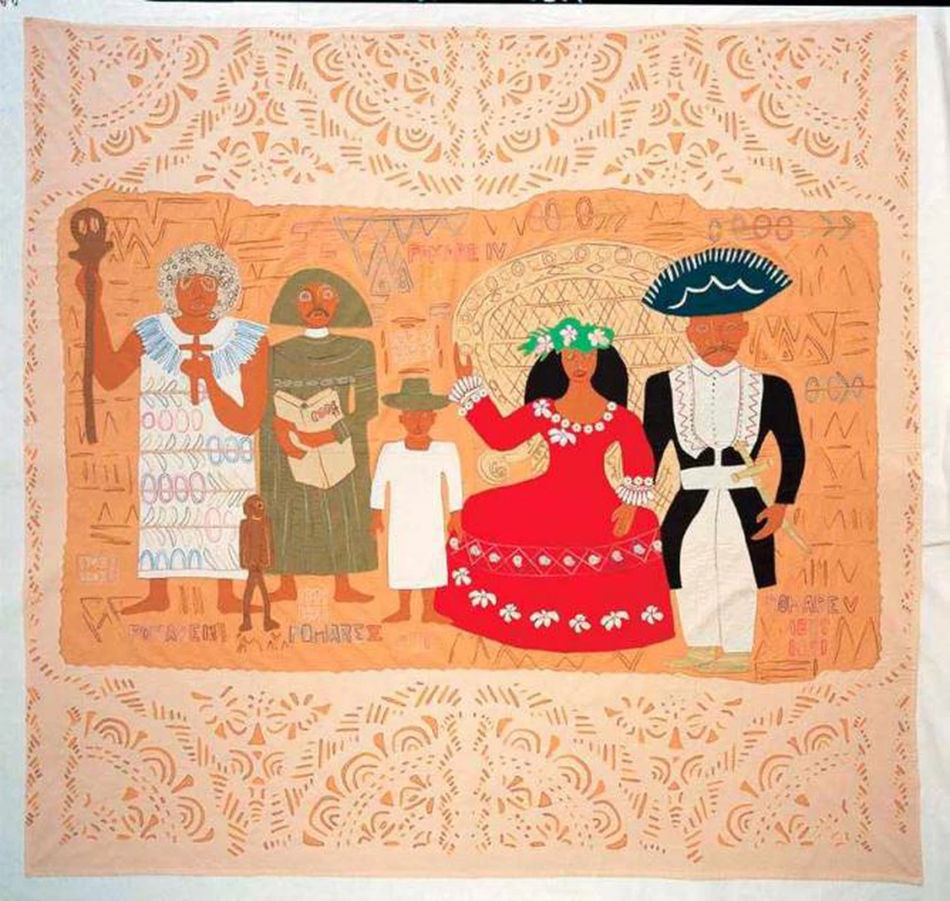 On April 28, U.S. President Joe Biden asked the U.S. Congress to provide $33 billion for weapons systems to be sent to Ukraine. The call for these funds comes alongside incendiary statements made by the U.S. Defence Secretary Lloyd Austin, who said that the U.S. is not trying to remove Russian forces from Ukraine but to “see Russia weakened.”

Austin’s comment should not come as a surprise. It mirrors U.S. policy since 2018, which has been to prevent China and Russia from becoming “near-peer rivals.” Human rights are not the concern; the focus is preventing any challenge to U.S. hegemony. For that reason, social wealth is wasted on weapons and not used to address the dilemmas of humanity. 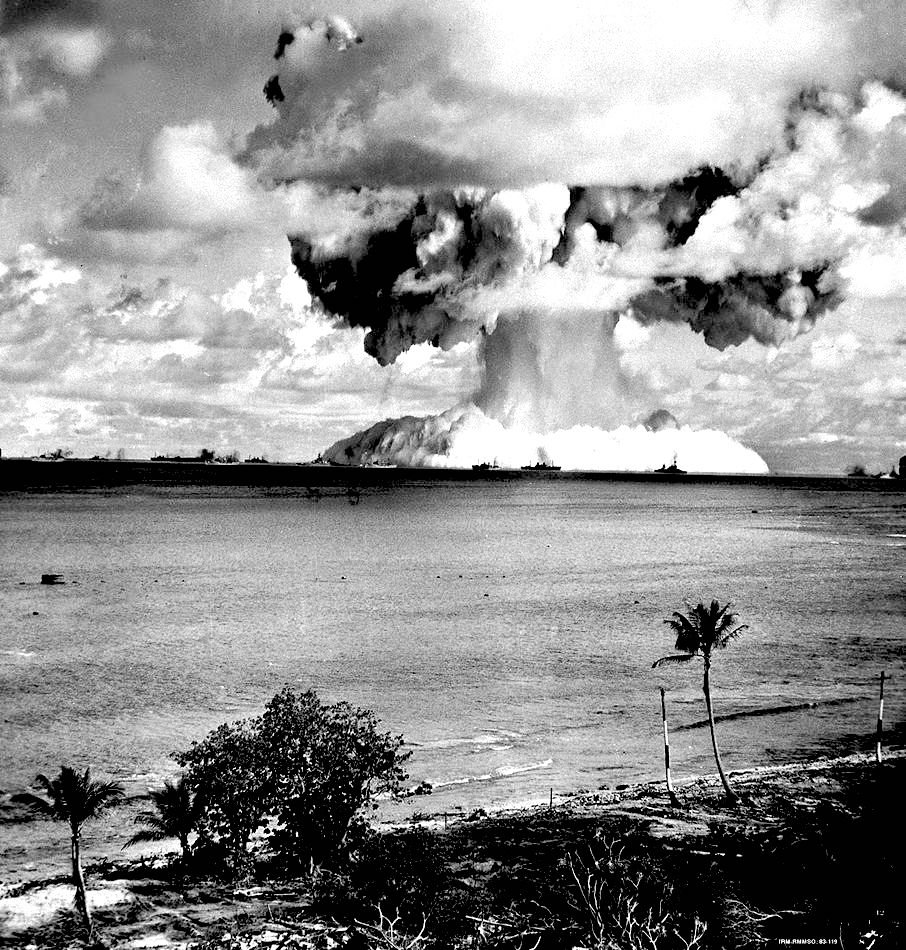 Consider the way the United States has reacted to a deal between Solomon Islands and China, two neighbors.

Solomon Islands Prime Minister Manasseh Sogavare said that this deal sought to promote trade and humanitarian cooperation, not the militarization of the Pacific Ocean.

On the day of Prime Minister Sogavare’s address, a high-level U.S. delegation arrived in the nation’s capital Honiara. They told Prime Minister Sogavare that if the Chinese establish any kind of “military installation,” the United States would “then have significant concerns and respond accordingly.” These were plain threats.

Solomon Islands has a long memory of the history of Australian-British colonialism and the scars of the atom bomb tests. The practice of “black birding” abducted thousands of Solomon Islanders to work the sugarcane fields in Queensland, Australia, in the 19th century, eventually leading to the Kwaio Rebellion of 1927 in Malaita.

Solomon Islands has fought hard against being militarized, voting in 2016 with the world to prohibit nuclear weapons. The appetite to be the “backyard” of the United States or Australia is not there. That was clear in the luminous poem “Peace Signs” (1974) by Solomon Islands writer Celestine Kulagoe:

A mushroom sprouts from
an arid pacific atoll
Disintegrates into space
Leaving only a residue of might
to which for an illusory
peace and security
man clings.

In the calm of the early morning
the third day after
love found joy
in the empty tomb
the wooden cross of disgrace
transformed into a symbol
of love service
peace.

In the heat of the afternoon lull
the UN flag flutters
hidden from sight by
national banners
under which
sit men with clenched fists
signing peace
treaties.

← LISTEN: No Such Thing as Dissent in the Age of Big Tech
$50.5 Billion & Counting: US Climate Inaction Ticker →

8 comments for “Money for Weapons as the Planet Burns”