Inadequate political will in the face of climate disruption is a particularly big problem in the U.S., the world’s largest producer of both oil and natural gas, writes Basav Sen. 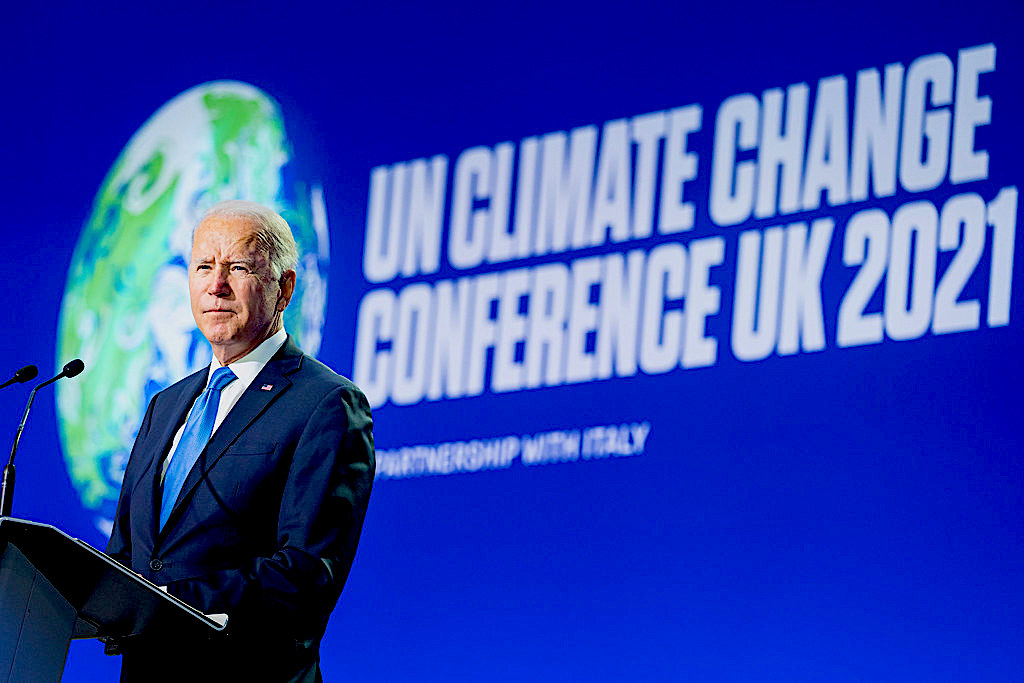 In early April, the Intergovernmental Panel on Climate Change (IPCC), a global scientific body, issued yet another dire report. They warned that we have barely three years to start cutting greenhouse emissions as rapidly as we need to avoid the worst effects of climate disruption.

These scientists put the largest share of the blame on fossil fuels. But they also show that renewable energy is already cost-competitive. “Systems in some countries and regions are already predominantly powered by renewables,” they note.

The report makes clear that the technology to transition from fossil fuels already exists — all that’s lacking is political will. And that’s a particularly big problem in the U.S. country, the world’s largest producer of both oil and natural gas.

It’s a problem even for an administration that says it accepts the science of climate change and wants to take action.

The plan centers around “doing everything we can to encourage domestic production” of oil. This is unlikely to bring down prices in the short term, since new drilling sites can take years to become operational. But it will almost certainly make emissions harder to reduce down the line.

Part of a Pattern

This is part of a pattern. So far, the Biden administration has tried to sell its Bipartisan Infrastructure Law as a measure against climate change. That law does some good things, but on balance it may do more harm than good for the climate.

The legislation offers no funding at all for renewable electricity generation. But it sets aside billions in new fossil fuel subsidies dressed up as green technologies.

The bill also continues the harmful American tradition of overfunding highways and underfunding public transportation. Incentivizing more car travel but not cleaner mass transit is a recipe for more transportation emissions, not fewer.

Then there was the notorious incident last year, when President Joe Biden gave a speech at the Glasgow climate talks proclaiming U.S. leadership on the issue. But within days of his return, the administration announced the results of the largest U.S. offshore oil drilling lease sale ever.

Fortunately, a federal district court invalidated the lease sale, and the Interior Department decided not to appeal the decision, bowing to grassroots pressure from affected communities and their allies. But if the sale had gone through, it would have produced as much greenhouse gas as 130 coal-burning power plants.

Fortunately, grassroots community members from Los Angeles to the Gulf Coast to West Virginia have won important fights to protect their communities, and our planet, from pollution.

As the planet warms and midterms approach, the administration needs to listen to communities like these — and take real action before it’s too late.

Basav Sen is the cli­mate jus­tice project direc­tor at the Institute for Policy Studies (IPS) and writes on the inter­sec­tions of cli­mate change and social and eco­nom­ic jus­tice. Pri­or to join­ing IPS, Basav worked for 11 years as a cam­paign researcher for the Unit­ed Food and Com­mer­cial Workers.