Their families were brutally evicted by the British empire to make way for tea plantations, Phil Miller reports. Now they want the crown to apologize and make reparations. 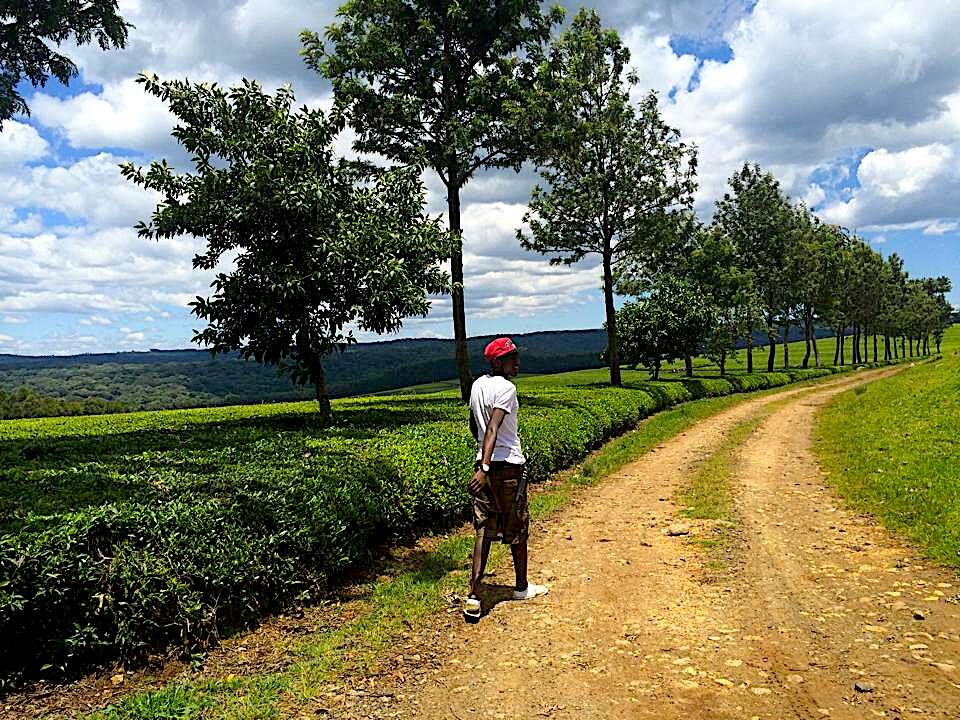 A letter delivered to Prince William’s household in London Wednesday seeks justice for a notorious land grab in East Africa.

It comes from a group of Kenyans whose ancestral land was stolen by British imperial forces. They are calling on the royal family to apologize and make reparations.

The move follows a wave of protests against royal tours of the Caribbean where campaigners have demanded Britain’s monarchy address the legacy of slavery.

For decades from 1902, half a million people from the Kipsigis and Talai indigenous groups were violently evicted from the Kericho region of western Kenya.

“Many men and women were raped, arbitrarily detained, and in some cases killed whilst trying to resist the evictions,” an advocate for the victims, Joel Kimutai Bosek, wrote in a letter to the duke of Cambridge.

Foreign settlers seized their highly fertile land and turned it into tea plantations, some of which are now owned by British beverage brands including PG Tips.

The victims were deported to arid areas of Kenya and prevented from returning home. They were still being kept in squalid conditions on “native reserves” in 1952 when Queen Elizabeth ascended to the throne while in Kenya on a royal tour. 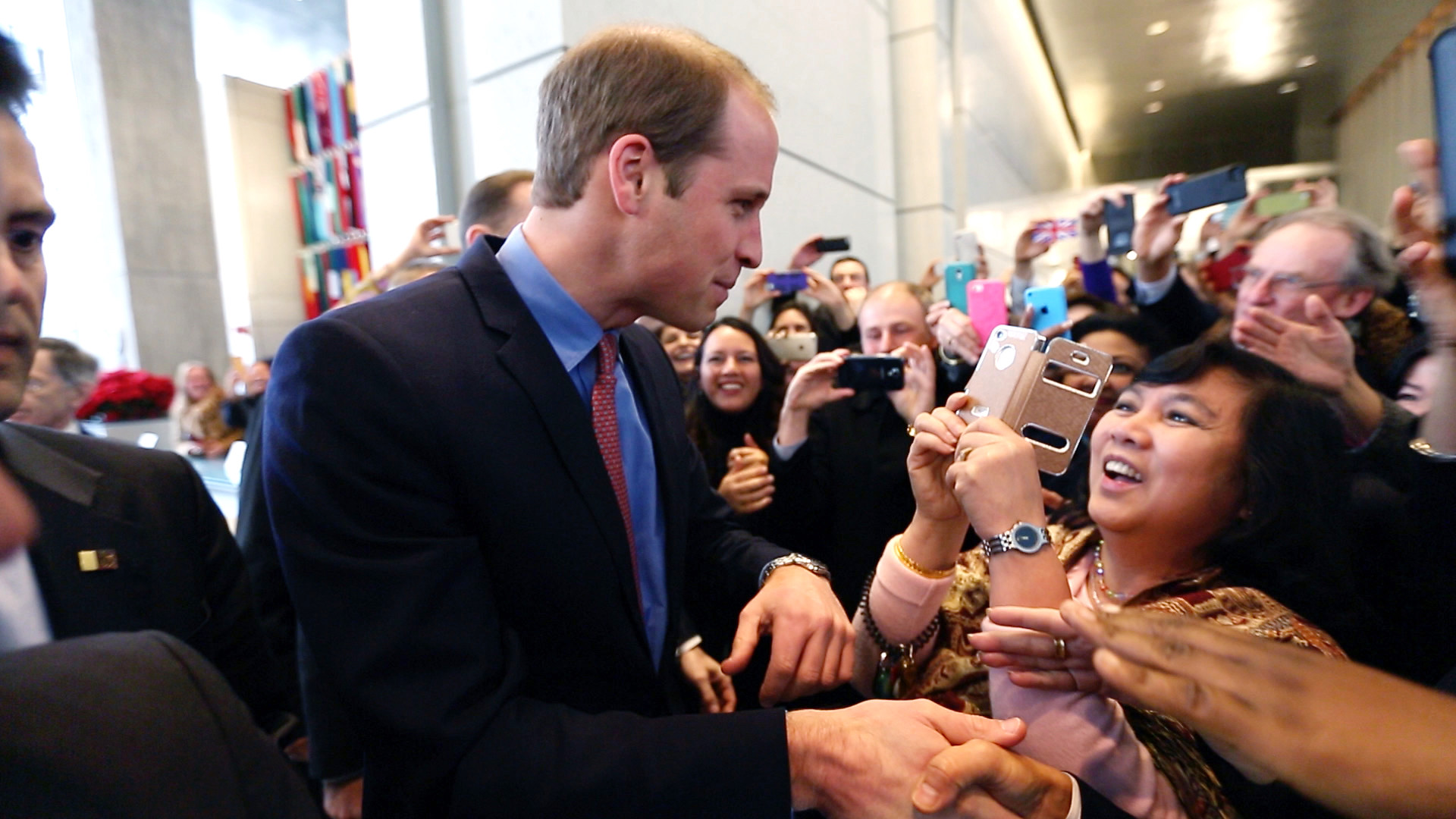 After Kenya became independent in 1963, Britain’s monarchy showed favor to colonial families who remained in the country. Prince William spent his gap year in central Kenya on a farm run by the descendants of white settlers and later proposed to his wife there.

In the letter seen by Declassified, the Queen’s grandson is told that the

“suffering as a result of this period has been entirely ignored by your family and successive British Governments. We are urging you at this historic time to stand on the side of justice and to recognise the grave violations we have endured for decades.”

On behalf of the victims, their Nairobi-based lawyer wrote:

He added: “Despite our immense suffering under British rule, the British government has refused to acknowledge this fact or meet any of us, let alone apologise. Which is why we are now appealing to you.” 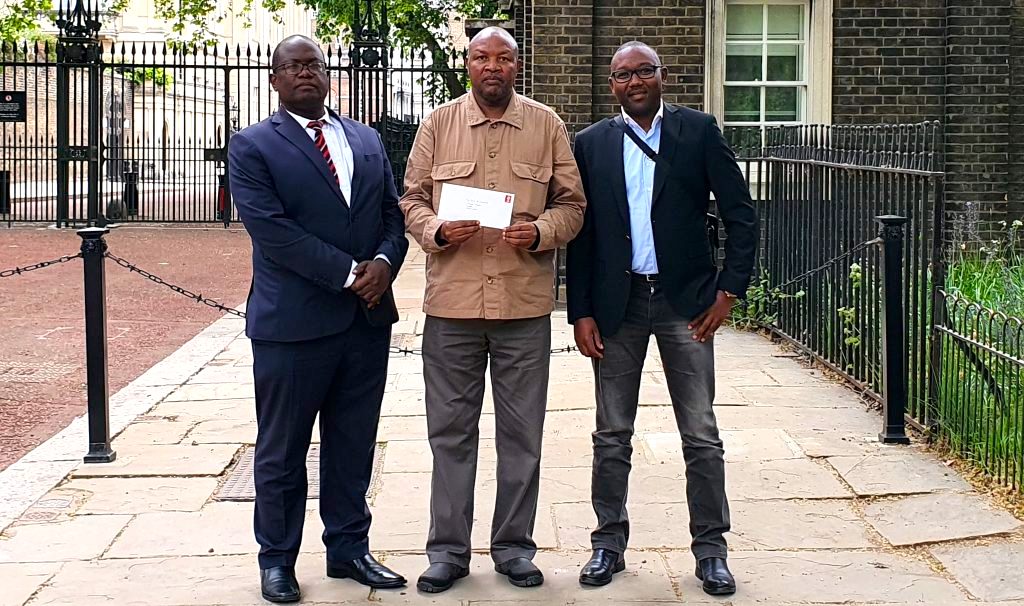 Last year, six U.N. special rapporteurs wrote to the British government expressing concern “at the alleged lack of reparation provided to victims for the gross violations suffered at the time of the events; as well for the harm suffered by victims and their descendants in the succeeding decades as a result of the loss of property.”

U.K. authorities did not respond directly to the specific details of the Kericho case, instead claiming to have addressed colonial-era grievances through a settlement awarded to victims of the Mau Mau uprising that occurred in another part of Kenya.

“We are clearly different victims whose land was forcibly taken away,” today’s letter notes. “The provision of reparations to one discrete group of victims plainly does not address our grievances as a separate and distinct group of victims.” 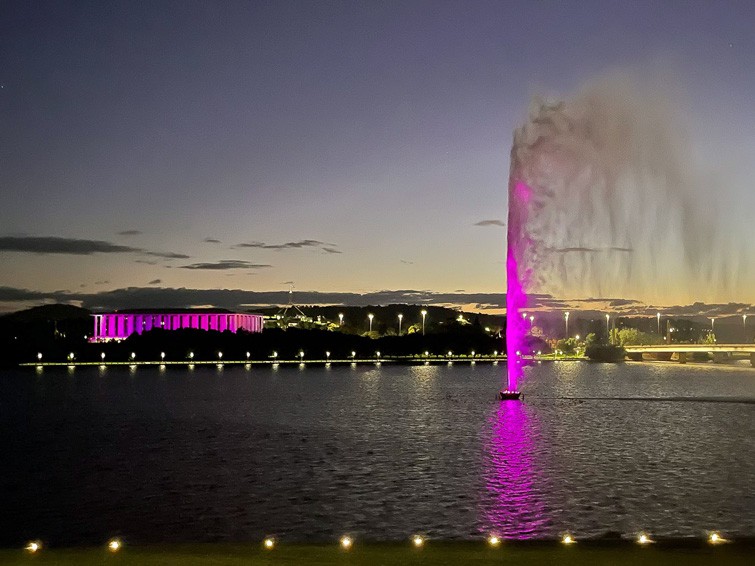 Landmarks in Canberra lit in royal purple in February mark the queen’s 70th year on the throne. (Department of the Prime Minister and Cabinet, CC BY 4.0, Wikimedia Commons)

The letter comes at a delicate time for the royal family, when the palace wants to focus on marking the queen’s 70th year on the throne.

“As you prepare to celebrate your grandmother’s Platinum Jubilee, our own elderly family members remember the pain of having their homes and land taken away from them at the same time,” the Kericho campaigners said to Prince William. “We have very little to celebrate.”

“We are asking that you therefore do the right thing and support our quest for justice by making a public statement of recognition of what we suffered as well as an apology and an arrangement for appropriate reparations.”

Prince William has met Kenya’s president on multiple occasions, including as recently as November.

He is heavily involved in conservation efforts in Africa — an activity which can often benefit old colonial landowners — and is patron of Fauna and Flora International, formerly the Society for the Preservation of the Wild Fauna of the Empire.

Professor Philip Murphy, an expert in imperial history at the University of London, told Declassified: “Colonial legacy issues are increasingly the focus for protests and calls for reparations. This is changing the whole dynamic of the interactions between the Windsors and the Commonwealth.

“In the past there was an assumption that royal visits and Commonwealth patronages were an essential part of British ‘soft power’ despite their often blatant imperial overtones. Following developments like the Black Lives Matter Movement and the Windrush scandal, however, these imperial echoes are provoking pushback from a variety of quarters.”