Vijay Prashad raises the hope that Argentina — which just joined China’s BRI — can forge a development strategy not written by IMF staffers in Washington. 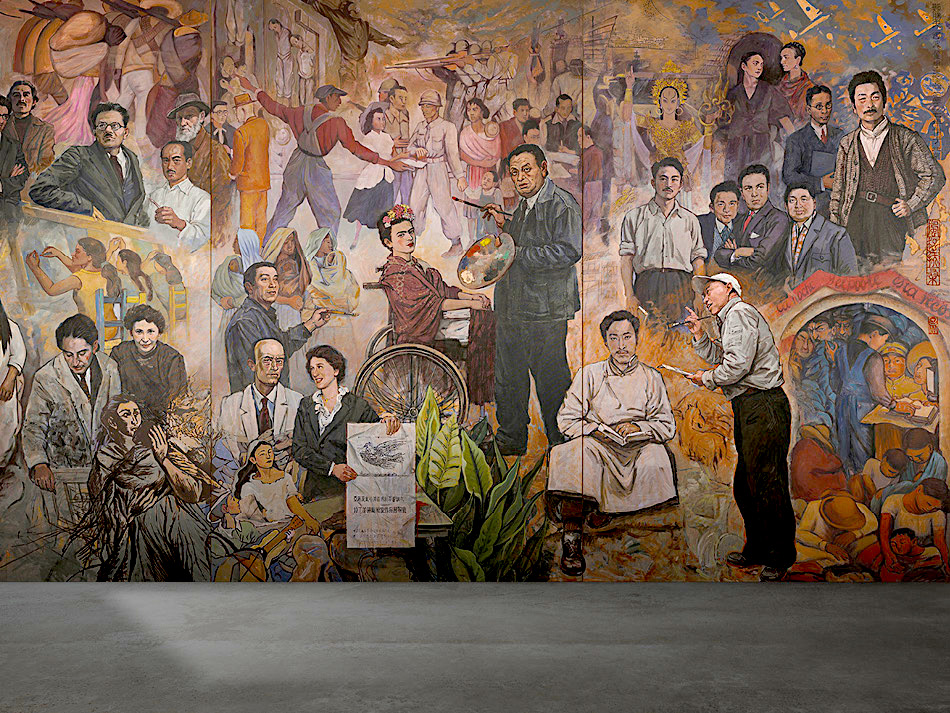 Shengtian Zheng and Jinbo Sun, “Winds of Fusang,” 2017. “Fusang” is an ancient Chinese word referring to what some believe to be the shores of Mexico. The work is an homage to Latin America’s influence — particularly that of Mexican artists — on the development of modern Chinese art.

In early March, Argentina’s government came to an agreement with the International Monetary Fund on a $45 billion deal to shore up its shaky finances. This deal was motivated by the government’s need to pay a $2.8 billion installment on a $57 billion IMF stand-by loan taken out under former President Mauricio Macri in 2018.

This loan – the largest loan in the financial institution’s history – sharpened divides in Argentinian society. The following year, the Macri administration was ousted in elections by the center-left Frente de Todos coalition which campaigned on a sharp anti-austerity, anti-IMF program.

When President Alberto Fernández took office in December 2019, he refused the final $13 billion tranche of the IMF’s loan package, a move applauded by large sections of Argentinian society.

The next year, Fernández’s government was able to restructure the $66 billion debt held by wealthy bondholders and open discussions with the IMF to delay repayment of the debt incurred by Macri’s government.

But the IMF was rigid — it insisted on repayment. Neither the Macri loan nor the new deal under President Fernández settles Argentina’s long-term struggle with its public finances. 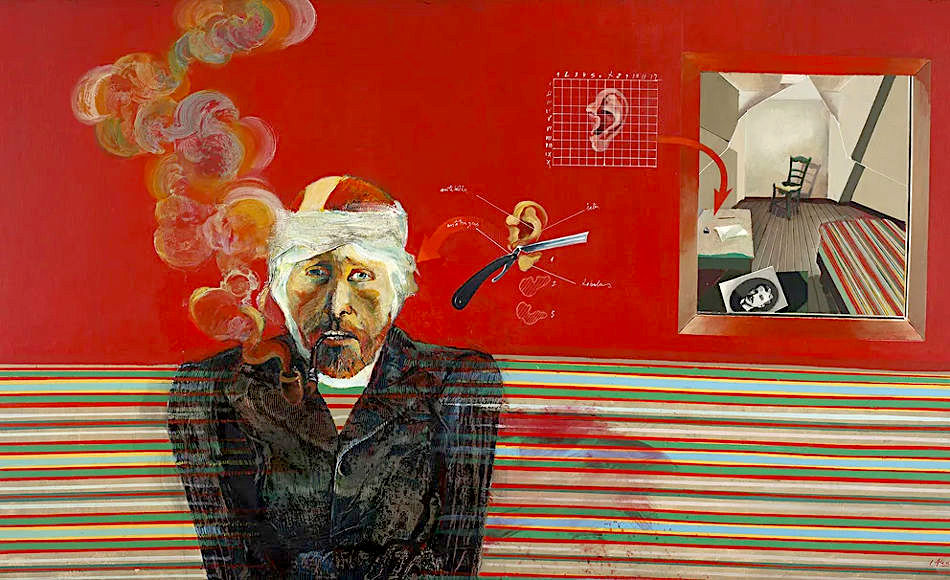 The term “odious debt” is used to describe the money owed by societies whose governments have been undemocratic. The concept was crafted by Alexander Nahum Sack in his book The Effects of State Transformations on Their Public Debts and Other Financial Obligations (1927).

“If a despotic power incurs a debt not for the needs or in the interests of the State, but to strengthen its despotic regime, to repress its population that fights against it, etc.,” Sack wrote, “this debt is odious for the population of the State.” When that despotic regime falls, then the debt falls.

When Argentina’s military ruled the country (1976–83), the IMF generously lent it money, ballooning the country’s debt from $7 billion at the time the military took power to $42 billion when the military was ousted.

Plainly, the IMF’s provision of funds to the Argentinian military junta — which killed, tortured, and disappeared 30,000 people – set in motion the ugly cycle of debt and despair that continues till today.

That those “odious debts” were not annulled – just as the apartheid debt was not annulled in South Africa – tells us a great deal about the ugly reality of international finance. 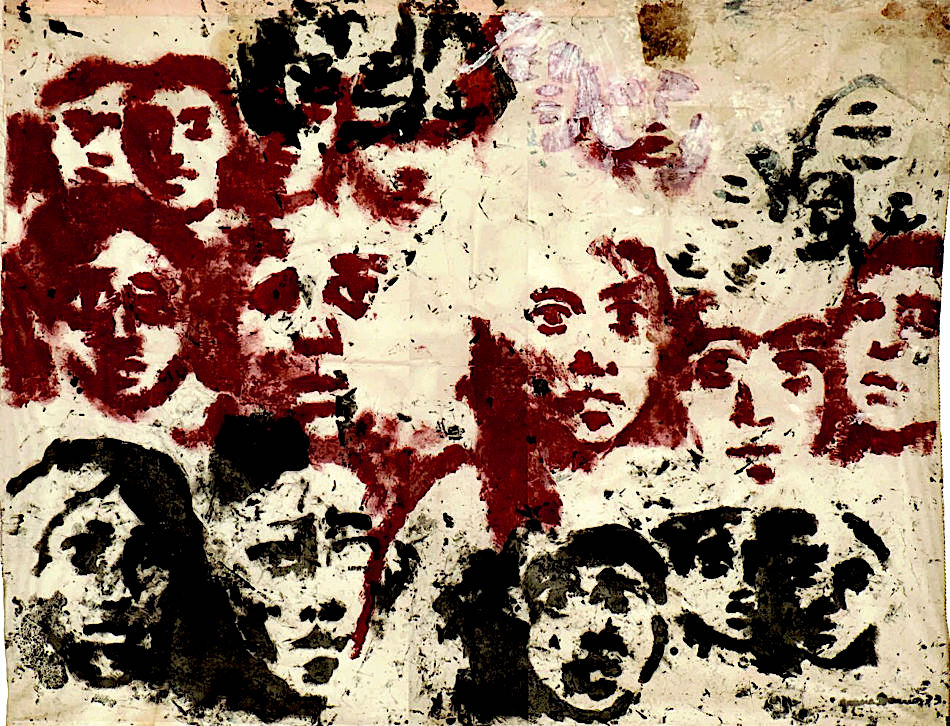 The deal cut by the IMF with the Fernández government is exactly like other deals that the IMF has made with fragile countries. During the pandemic, 85 percent of the IMF’s loans to developing countries came with austerity conditions that sharpened their social crises.

Three of the most common conditions of these IMF loans are cuts and freezes to public-sector wages, the increase and introduction of value-added taxes and deep cuts to public expenditure (notably for consumer subsidies).

Through its new deal with Argentina, the IMF will inspect the operations of the government four times per year, effectively becoming an overseer of the Argentinian economy. The government has agreed to reduce the budget deficit from 3 percent (2021) to 0.9 percent (2024) to 0 percent (2025); to accomplish this, it will have to cut large areas of social spending, including subsidies for a range of consumer goods.

After reaching the agreement, IMF Managing Director Kristalina Georgieva pointed out the great difficulties faced by Argentina, though these difficulties will not be ameliorated by the IMF plan. “Argentina continues to face exceptional economic and social challenges, including depressed per capita income, elevated poverty levels, persistent high inflation, a heavy debt burden, and low external buffers,” she said. Consequently, Georgieva noted, “Risks to the program are exceptionally high,” meaning that further default is all but certain.

A few weeks before Argentina came to terms with the IMF, President Fernández and China’s President Xi Jinping held a bilateral meeting in Beijing at which Argentina signed onto the Chinese-led Belt and Road Initiative (BRI).

Argentina is the 21st country from Latin America to join the BRI. It is also the largest economy from the region to join, pending applications from Brazil and Mexico. Expectations rose amongst sections in Argentina that the BRI would provide a pathway to exit the grip of the IMF. This remains a possibility even as President Fernández returned to the IMF.

Our team in Buenos Aires has been looking carefully at China’s growing ties with the Caribbean and Latin America. These studies resulted in our most recent dossier no. 51, “Looking Towards China: Multipolarity as an Opportunity for the Latin American People” (April 2022).

The main argument of the dossier is that the emergence of programs such as the BRI offers countries such as Argentina choices for development finance.

If Argentina has more latitude in choosing its avenues for finance, then it will be better positioned to reject harsh offers of stand-by assistance from the IMF which come with conditions of austerity. The possibility of these choices opens the door for countries such as Argentina to develop an authentic national and regional development strategy that is not written by the IMF staff in Washington, D.C.

The dossier is quite clear that the mere entry of the BRI into the Caribbean and Latin America is not sufficient. Deeper projects are necessary:

“It is possible for Chinese integration to further the ‘development of underdevelopment’ if the Latin American state projects produce a new relationship of dependency on China by merely exporting primary products. On the other hand, it will be far better for the region’s peoples if the relationship is based on equality (multipolarity) as well as the transfer of technology, the upscaling of production processes, and regional integration (national and regional sovereignty).” 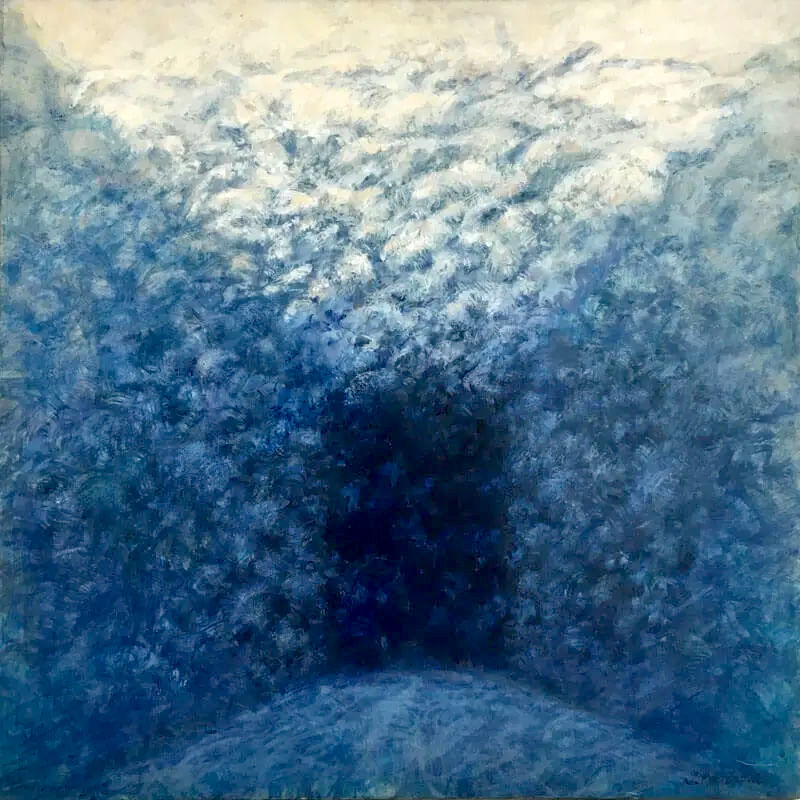 The BRI’s annual disbursement of funds is around $50 billion, with projections suggesting that, by 2027, total BRI spending will be about $1.3 trillion. These capital flows primarily focus on long-term investments in infrastructure rather than short-term bailouts, although new studies suggest that China has offered short-term liquidity to several countries.

Between 2009 and 2020, the People’s Bank of China entered into bilateral currency swap arrangements with at least 41 countries. These currency swaps take place between the local currency (the Argentinian peso, for instance) and China’s renminbi (RMB), with the local currency as collateral and the RMB used either to buy goods or to acquire dollars.

The combination of BRI investments and RMB currency swaps provide countries with immediate alternatives to the IMF and its austerity demands. In January 2022, Argentina’s government asked China to increase its 130-billion-yuan swap ($20.6 billion) by an additional 20 billion yuan ($3.14 billion) to cover the IMF payment.

A few weeks later, the People’s Bank of China provided the necessary swap to Argentina’s Central Bank. Despite this infusion of cash, Argentina still went to the IMF.

The answer to why Argentina took that decision can perhaps be found in the letter written by Martín Guzman (minister of the economy) and Miguel Pesce (president of the Central Bank) to the IMF’s Georgieva on March 3.

In the communication, Argentina promises to “improve public finances” and to restrain inflation, which are straightforward orthodox positions.

But then there is an interesting obligation: that Argentina will expand exports and draw in foreign direct investment to “pave the way to an eventual re-entry into international capital markets.” Rather than use the opportunity afforded by BRI-currency swaps to develop its own national and regional agenda, the government seems eager to use whatever platform possible to return to the status quo of integration into the capitalist marketplace for finance dominated by Wall Street and the City of London. 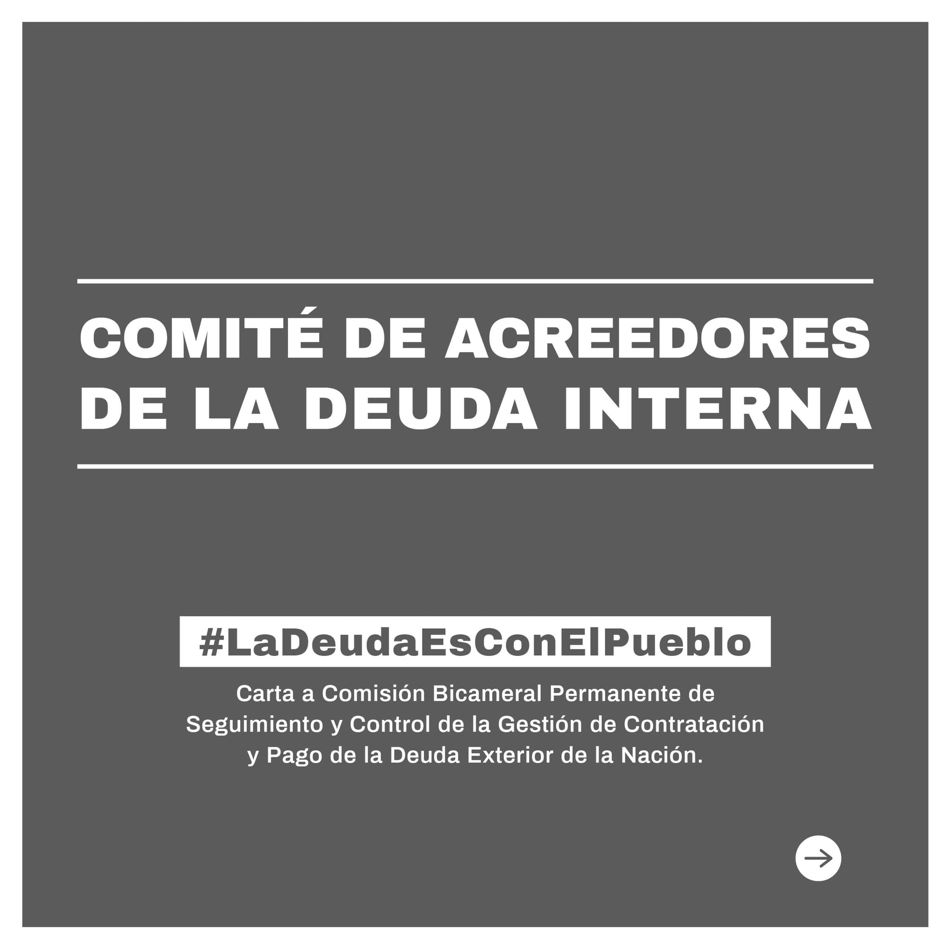 On April 12, the Committee of Creditors of Internal Debt (CADI) announced that the people of Argentina refuse to shoulder the burden of the IMF debt.

The people should not pay a single peso: those who squirrelled away the billions that Macri borrowed from the IMF should be the ones who pay the price. Banking secrecy laws need to be suspended in order to draw up a list of those who took that money and hid it in tax havens. The hashtag of CADI’s campaign is #LaDeudaEsConElPueblo – the debt is with the people. It should be paid to the people, not drawn from them. 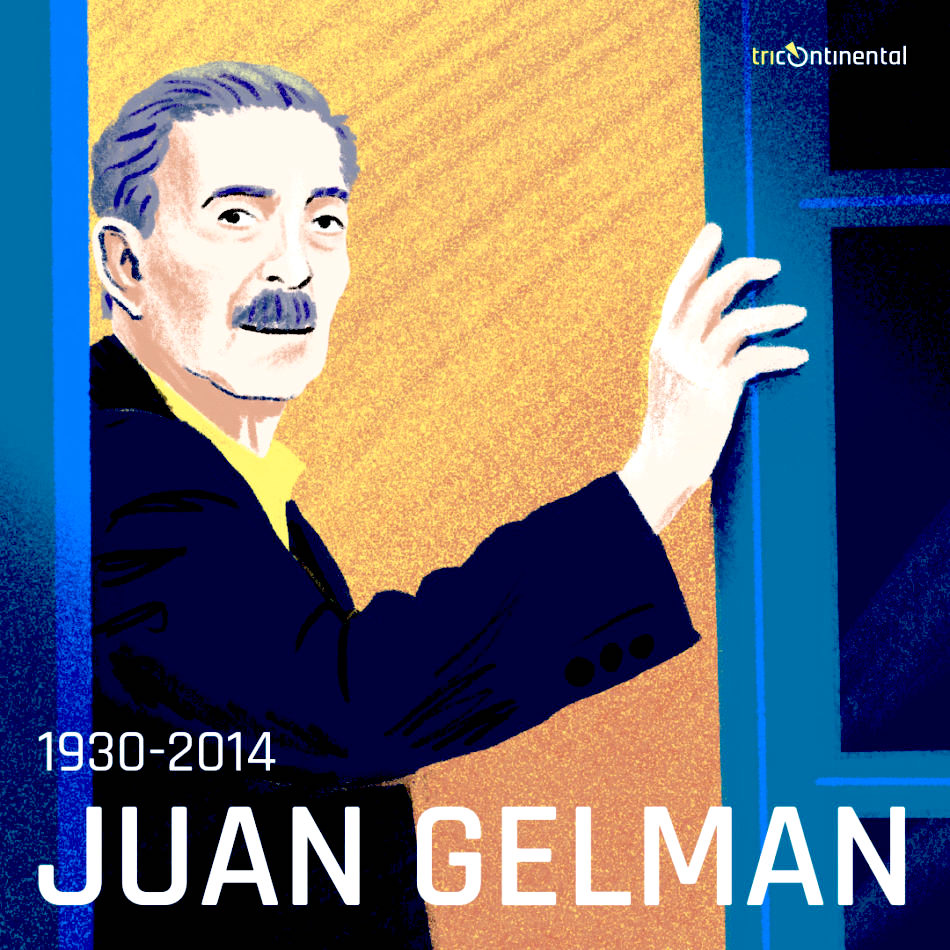 As the Argentinian poet Juan Gelman (1930–2014) wrote during the reign of the military junta, these are “dark times, filled with light.” This phrase resonates even now:

Gelman, a communist, fought the dictatorship, which killed his son and daughter-in-law and damaged the spine of his country. Even the dark times, he wrote, echoing Brecht, are filled with light. These are tough moments in world history, but even now there remain possibilities, there remain people gathered on the streets of Buenos Aires and Rosario, La Plata and Córdoba. Their slogan is clear: no to the pact with the IMF. But theirs is not only a politics of “no.” It is also a politics of “yes.” Yes to taking advantage of the new openings to shape an agenda for the well-being of the Argentinian people.Yes, also yes.

← US Trashes ICC, But Wants It to Charge Russians
WATCH: Europe and Press Freedom, with Roger Waters →

8 comments for “Dark Times with a Sliver of Light”