E. Ahmet Tonak and Vijay Prashad say a retreat from Western-designed globalization by some areas of the world began before the pandemic and before Russia’s war on Ukraine. 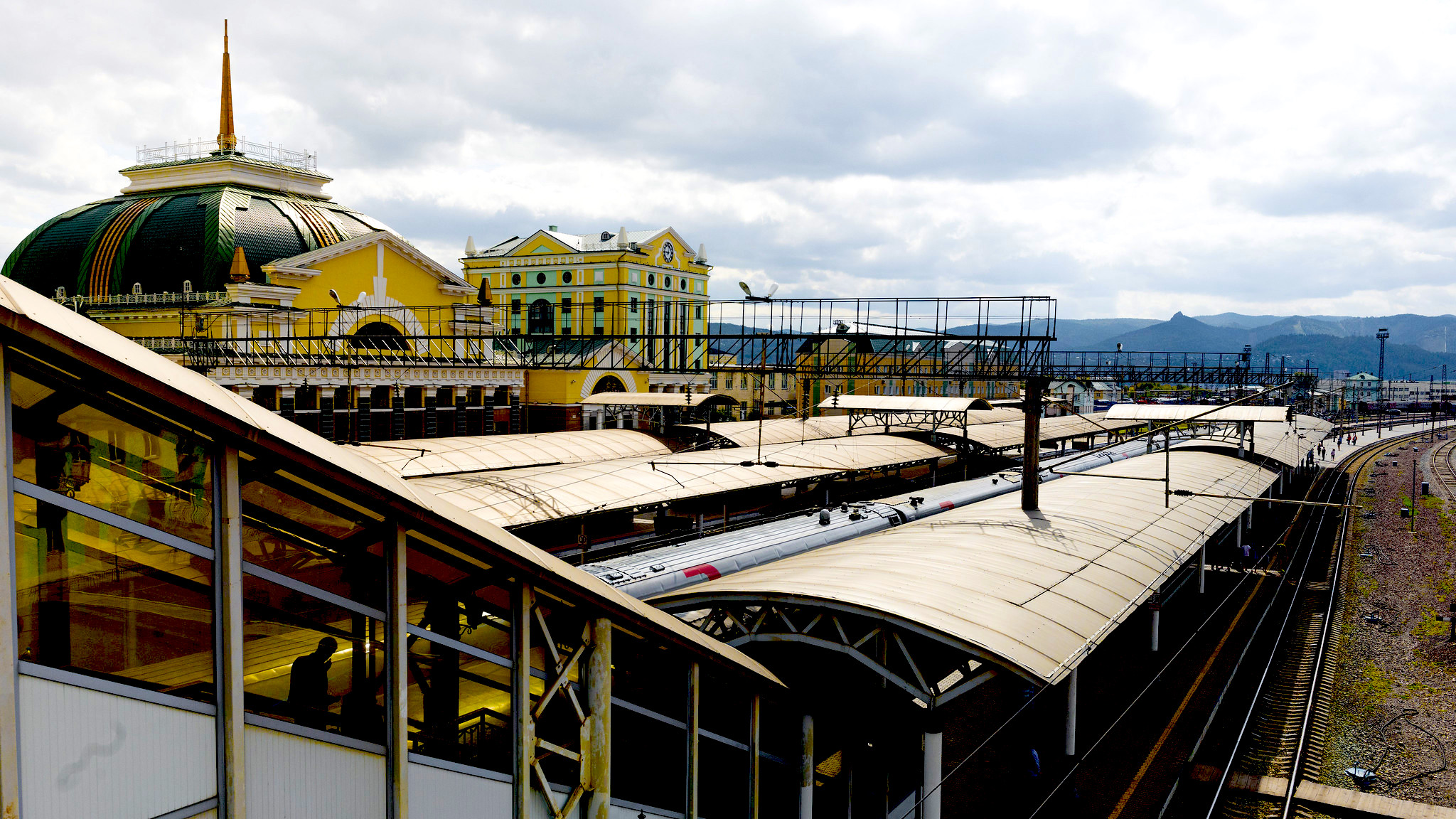 An article by John Micklethwait and Adrian Wooldridge for Bloomberg on March 24 sounded the alarm to announce the end of “the second great age of globalization.”

The Western trade war and sanctions against China that predated the pandemic have now been joined by the stiff Western sanctions imposed against Russia after it invaded Ukraine. These sanctions are like an Iron Curtain being built by the United States and its allies around Eurasia.

But according to Micklethwait and Wooldridge, this iron curtain will not only descend around China and Russia but will also have far-reaching consequences across the world.

Australia and many countries in Asia, including India and Japan — which are otherwise reliable allies of the United States — are unwilling to break their economic and political ties with China and Russia.

The 38 countries that did not vote at the United Nations General Assembly meeting on March 24 to condemn Russia’s war in Ukraine included China and India; both of these countries “account for the majority of the world’s population,” Micklethwait and Wooldridge observe in their Bloomberg article. If the world bifurcates, “the second great age of globalization… [will come] to a catastrophic close,” they write. 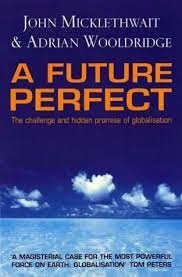 In 2000, Micklethwait and Wooldridge published the manual on this wave of globalization called A Future Perfect: The Challenge and Promise of Globalization. That book cheered on the liberalization of trade and finance, although its authors acknowledged that in this free-market society that they championed, “businesspeople are the most obvious beneficiaries.”

The inequalities generated by globalization would be lessened, they suggested, by the greater choices afforded to the consumers (although, as social inequality increased during the 2000s, consumers simply did not have the money to exercise their choices).

In an article for the International Monetary Fund, Kenneth Rogoff, a professor at Harvard University, warns of the risk of deglobalization. Such an unraveling, he notes, “would surely be a huge negative shock for the world economy.”

Rogoff, like Micklethwait and Wooldridge, uses the word “catastrophic” to describe the impact of deglobalization. Unlike Micklethwait and Wooldridge, however, Rogoff’s article seems to imply that deglobalization is the product of Russia’s war on Ukraine and that it could be “temporary.” Russia, he states, “looks set to be isolated for an extended period.”

In his article, Rogoff does not delve very much into concerns about what this means to the people in many parts of the world (such as Central Asia and Europe). “The real hit to globalization,” he worries, “will happen if trade between advanced economies and China also drops.” If that happens, then deglobalization would not be temporary since countries such as China and Russia will seek other pathways for trade and development. 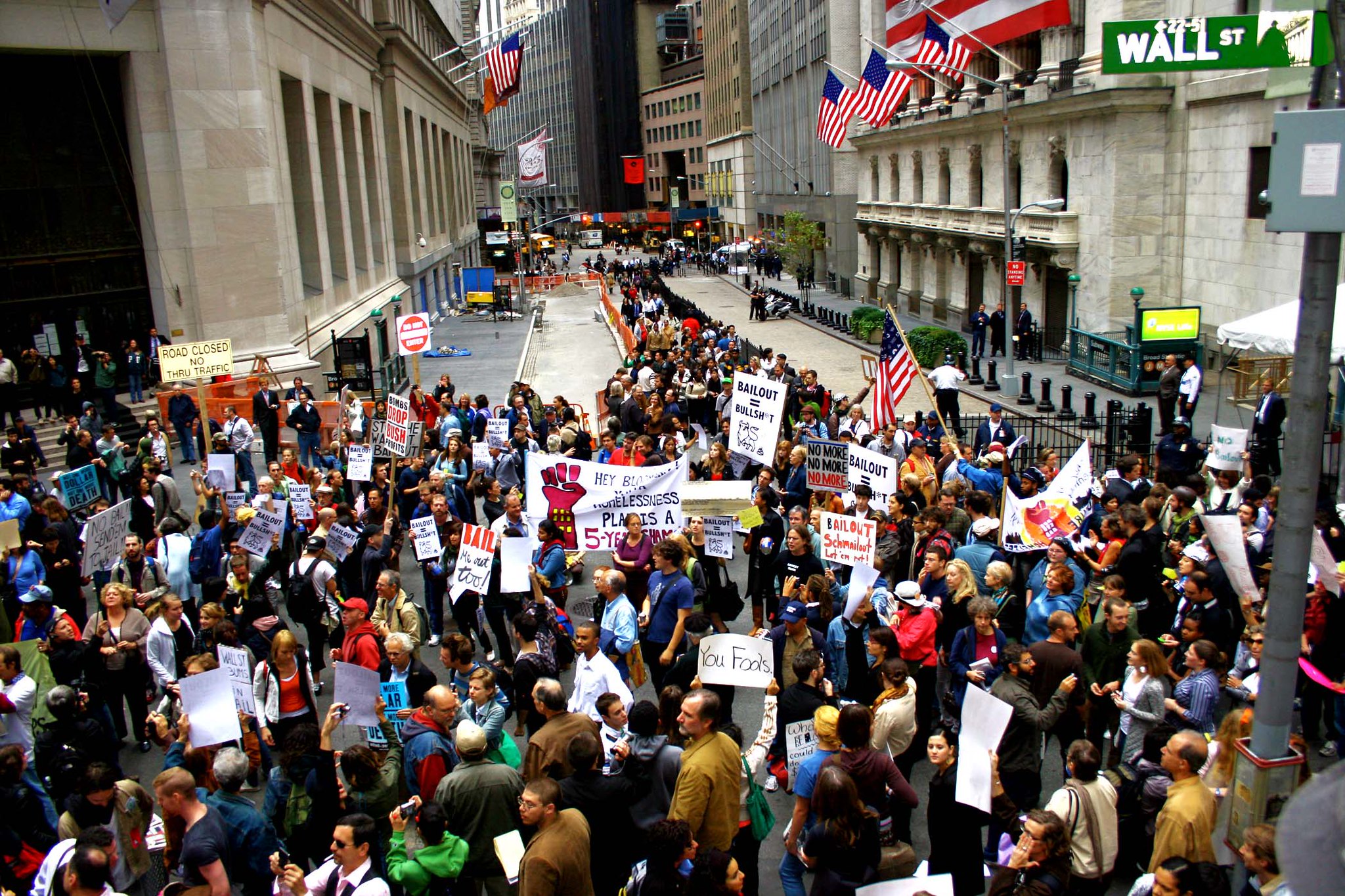 None of these writers acknowledges in these recent articles that deglobalization, which is a retreat from Western-designed globalization, did not begin during the pandemic or during the Russian war on Ukraine.

This process has its origins in the Great Recession of 2007-2009. With the faltering of the Western economies, both China and Russia, as well as other major economic powers, began to seek alternative ways to globalize.

China’s Belt and Road Initiative (BRI), which was announced in 2013, is a signal of this gradual shift, with China developing its own linkages first in Central and South Asia and then beyond Asia and toward Africa, Europe and Latin America.

It is telling that the St. Petersburg International Economic Forum, a backwater event founded in 1997, has become a meeting place for Asian and European business and political leaders who see this meeting as much more significant than the World Economic Forum (WEF) annual meeting held in Davos, Switzerland. 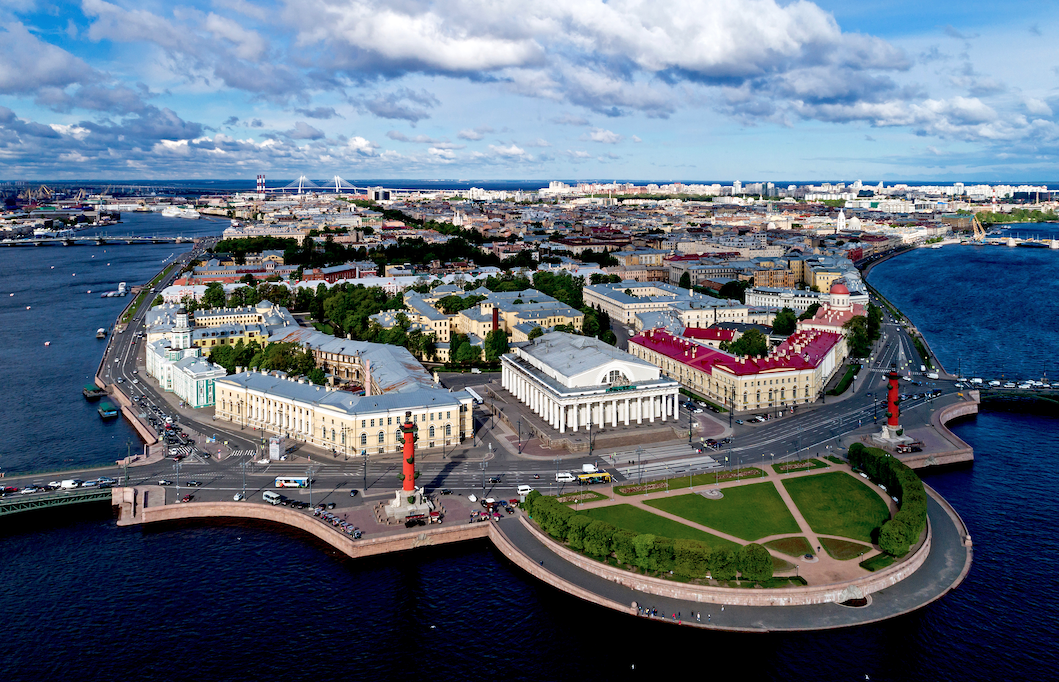 In the aftermath of the Great Recession, countries such as China began to de-dollarize their currency reserves. They moved from a largely dollar-based reserve to one that was more diversified. It is this move toward diversification that led to the drop in the dollar’s share in global currency reserves from 70 percent in 2000 to 59 percent in 2020.

According to author Tony Norfield, the share of dollars in Russian foreign exchange reserves was 23.6 percent in 2019 and dropped to 10.9 percent by 2021.

Deprived of dollars due to the sanctions imposed by the West, the Central Bank of Russia has attempted various maneuvers to de-dollarize its currency reserves as well, including by anchoring the ruble to gold, by preventing the outward flow of dollars and by demanding that its buyers of fuel and food pay in rubles rather than in dollars.

As the United States widens its net to sanction more and more countries, these countries — such as China and Russia — seek to build up trade mechanisms that are not reliant upon Western institutions anymore.

On Jan. 1, the Regional Comprehensive Economic Partnership (RCEP) — the world’s largest free trade pact — went into effect. Two years ago, 15 countries met virtually in Hanoi, Vietnam, to sign this treaty. These countries include close allies of the United States, such as Australia, Japan and South Korea, as well as countries that face U.S. sanctions, such as China and Myanmar. A third of humanity is included in RCEP, which accounts for a third of global gross domestic product. 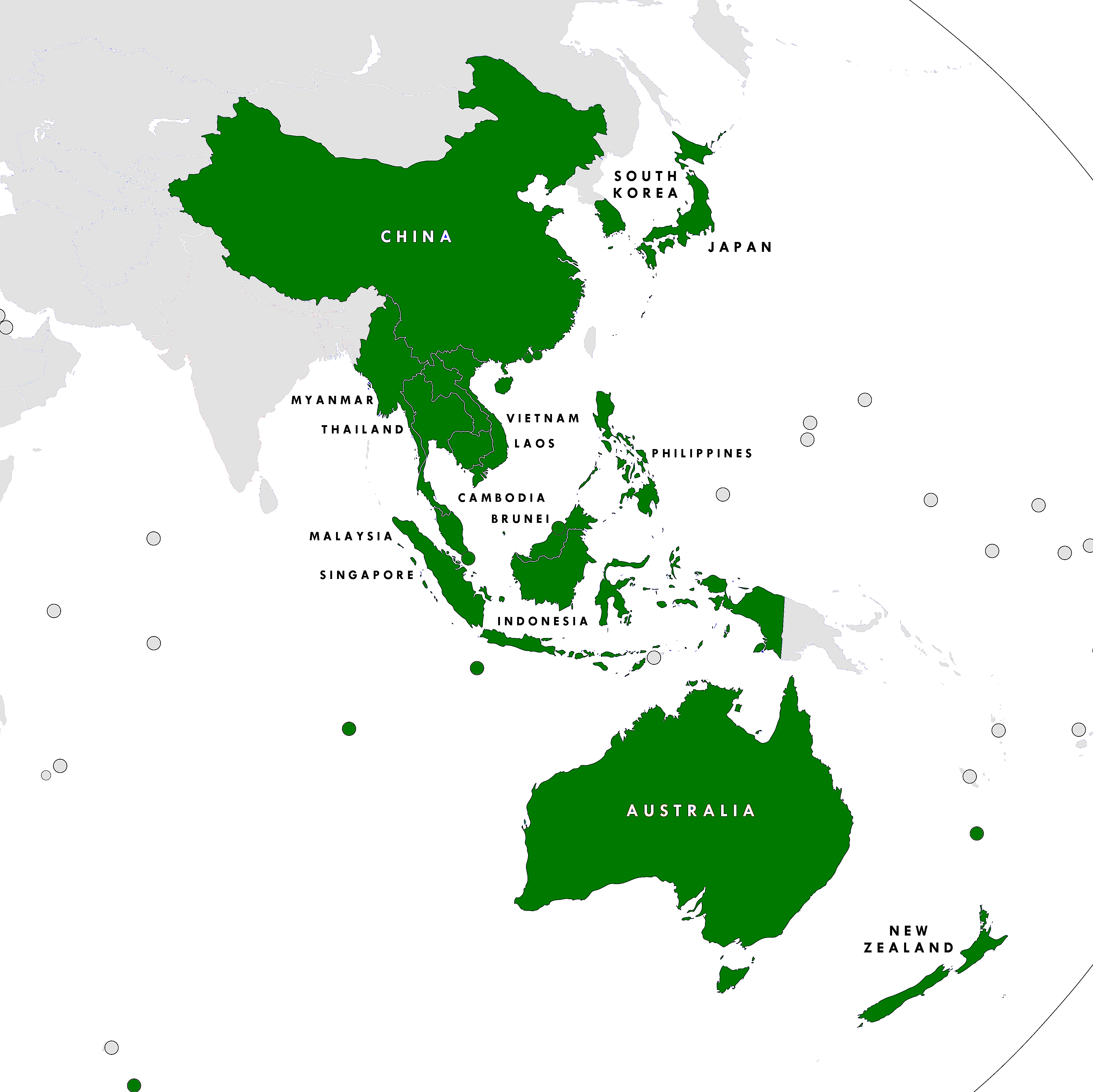 The Asian Development Bank is hopeful that RCEP will provide relief to countries struggling to emerge from the negative economic impact of the pandemic.

Blocs such as RCEP and projects like the BRI are not antithetical to the internationalization of trade and development. Economists at the HKUST Business School in Hong Kong show that the BRI “significantly increases bilateral trade flows between BRI countries.”

China’s purchases from BRI countries have increased, although much of this is in the realm of energy and minerals rather than in high-value goods; exports from China to the BRI countries, on the other hand, remain steady.

The Asian Development Bank estimates that the BRI project would require $1.7 trillion annually for infrastructural development in Asia, including climate-related investments.

The pandemic has certainly stalled the progress of the BRI project, with debt problems affecting a range of countries due to lower than capacity use of their BRI-funded infrastructure. The economic and political crises in Pakistan and Sri Lanka are partly related to the global slowdown of trade. These countries are integral to the BRI project. Rising food and fuel prices due to the war in Ukraine will further complicate matters for countries in the Global South.

The appetite for an alternative to Western-shaped globalization has already increased in many parts of the world, but this does not necessarily mean deglobalization. It could mean a globalization platform that no longer has its epicenter located in Washington or Brussels.

Ahmet Tonakis an economist who works at Tricontinental: Institute for Social Research. He is the co-editor or author of several books, including Marxism and Classes, From Right to the City to the Uprising, and Turkey in Transition.

Vijay Prashad is an Indian historian, editor and journalist. He is a writing fellow and chief correspondent at Globetrotter. He is the chief editor of LeftWord Books and the director of Tricontinental: Institute for Social Research. He is a senior non-resident fellow at Chongyang Institute for Financial Studies, Renmin University of China. He has written more than 20 books, including The Darker Nations and The Poorer Nations. His latest book is Washington Bullets, with an introduction by Evo Morales Ayma.

6 comments for “Globalization Without an Epicenter”