In the same city that produced the first Starbucks union, Sam Pizzigati flags the single largest taxpayer subsidy in the plutocratic history of American professional sports. 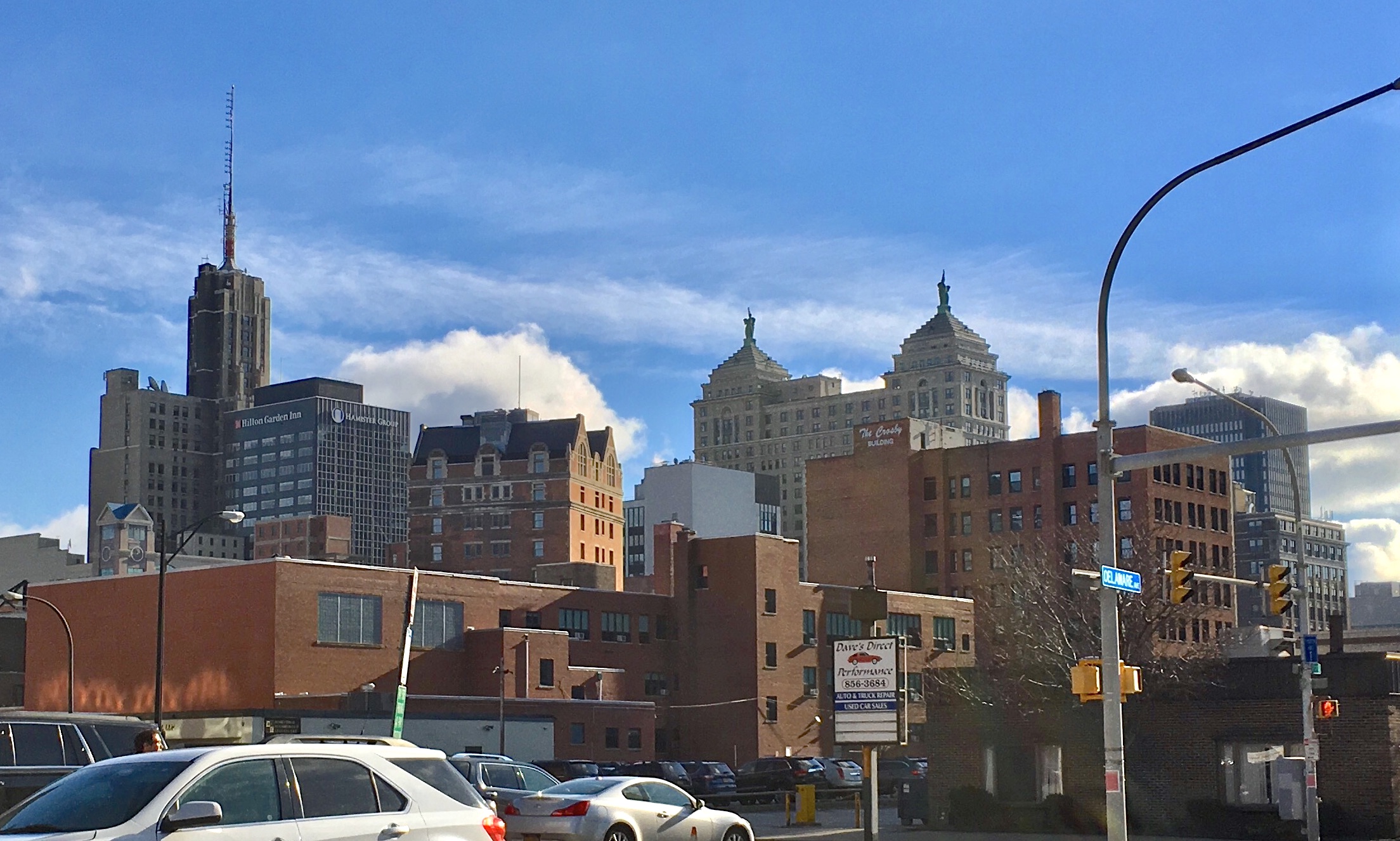 Want an up-close look at what’s going right — at how much is still going wrong — in the ongoing struggle against America’s oligarchs? These days you can see both on the shores of Lake Erie. Just shuffle off, as a Great Depression-era standard once advised, to Buffalo.

And what should you do when you get there? Go find a Starbucks. With a little bit of luck, you could find yourself gazing at the most impactful Starbucks outlet anywhere.

Until this past December, Starbucks had no unions at any of its over 9,000 corporate-run U.S. locations. But workers in upstate New York changed all that. Rank-and-filers at a Starbucks in Buffalo stared down and beat back the extravagantly funded opposition of a $50-billion corporate colossus. Against all odds, they voted to unionize.

That stunning rank-and-file victory has inspired a “labor spring” that’s now sweeping across the United States. Starbucks Workers United has so far won 16 elections nationwide, and workers at 176 other Starbucks storefronts have officially filed for union recognition.

How are the Corporate Starbucks power suits reacting? They’re panicking. The company has even brought back retired chief exec Howard Schultz for his third stint as Starbucks CEO. In his nine-year second stint, the intensely anti-union Schultz pocketed $553 million.

But Schultz the third-timer is clearing feeling the new worker pressure. On April 4, his first day back on the job, the billionaire announced that he was halting the $20 billion in stock buybacks the company had planned for the next few years. Stock buybacks, notes CEO pay analyst Sarah Anderson, serve to artificially inflate the value of a company’s shares — and the value of executives’ stock-based pay.

Why is Howard Schultz making this abrupt about-face on stock buybacks his first order of business? His announcement of the change proclaimed that “suspending” buybacks “will allow us to invest more profit into our people and our stores — the only way to create long-term value for all stakeholders.”

Translation: We’ll pause our greed-grabs until we can crush the union-organizing momentum that workers in Buffalo have inspired. Then we’ll get back to enriching the already rich. 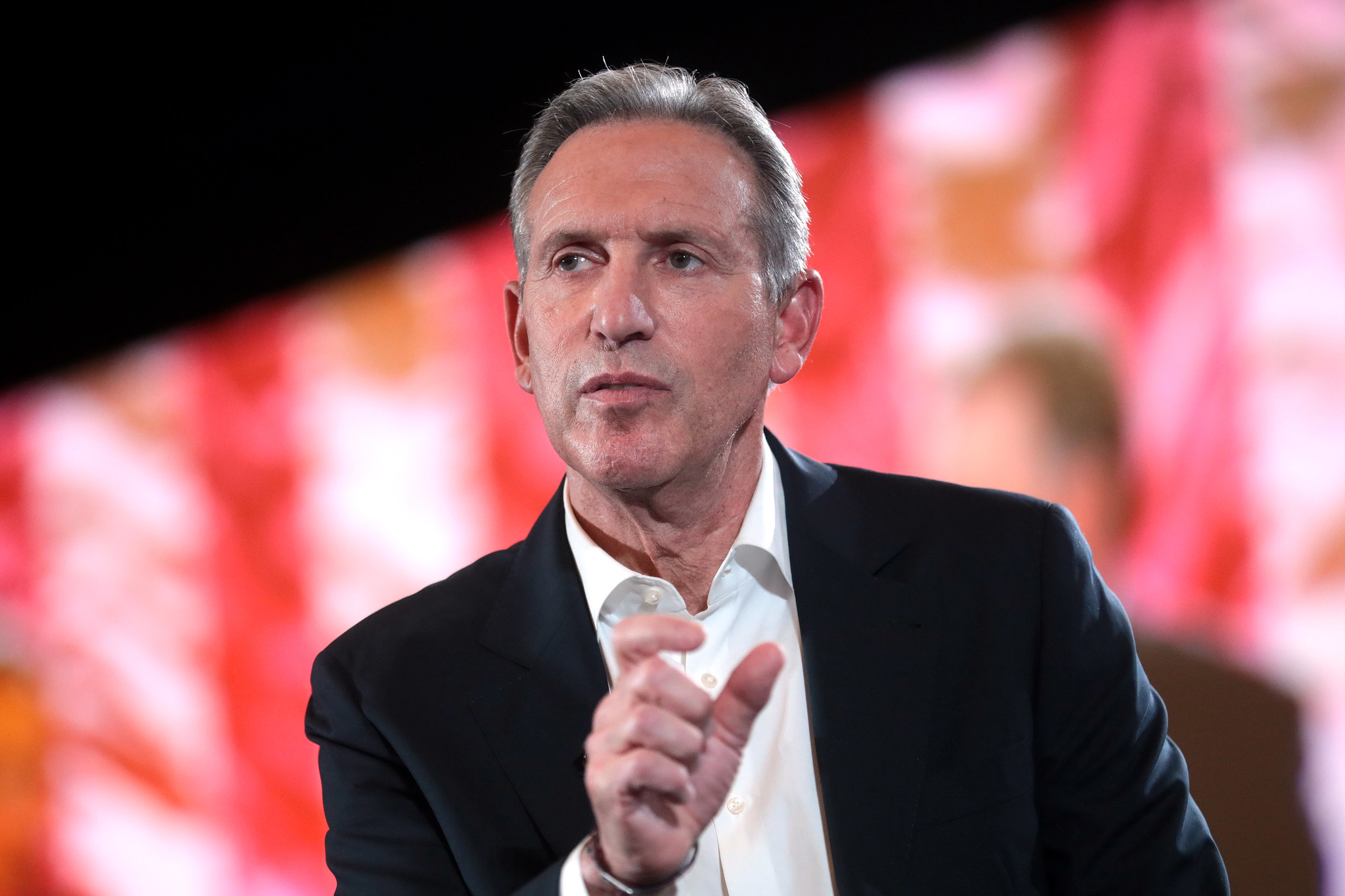 That strike you as too cynical an interpretation of the current Corporate Starbucks gameplan? Take a look at the latest press reports. With Schultz back in charge, notes one, firings of union activists “appear to have accelerated,” with several union leaders in Buffalo either “fired or forced out.”

Corrected headline: Union poised to win a raise for all unorganized workers at Starbucks https://t.co/sKD161zzYP

But crushing the union momentum that Buffalo baristas have inspired won’t come as easily as Schultz seems to believe. The rank-and-file challenge to America’s oligarchy has already burst past the confines of Starbucks. Most notably, Amazon workers at a huge Staten Island warehouse have scored the first-ever union win within the Amazon empire. First Starbucks, then Amazon. Who knows where America’s most inspiring grassroots union upsurge since the 1930s is going to surface next?

America’s oligarchs, on the other hand, still wield enormous power at our every political level. Just how entrenched does our oligarchy remain? We now have a new and particularly outrageous example — from Buffalo, the second-largest city of the nation’s second-largest “Blue State.”

Local pols in Buffalo, with the help of the state of New York, are now handing the billionaire owner of Buffalo’s pro football franchise $850 million to build a spanking new state-of-the-art stadium. That $850 million ranks as the single largest taxpayer subsidy in the plutocratic history of American professional sports.

Buffalo, to be sure, already has a football stadium. This existing stadium, open since 1973, sits right across the street from the site where the new stadium will go and functions fine for watching football games. But the facility lacks the luxury boxes, high-end restaurants, and other goodies that make big bucks for the owners of pro teams that play in newer ballparks and arenas. 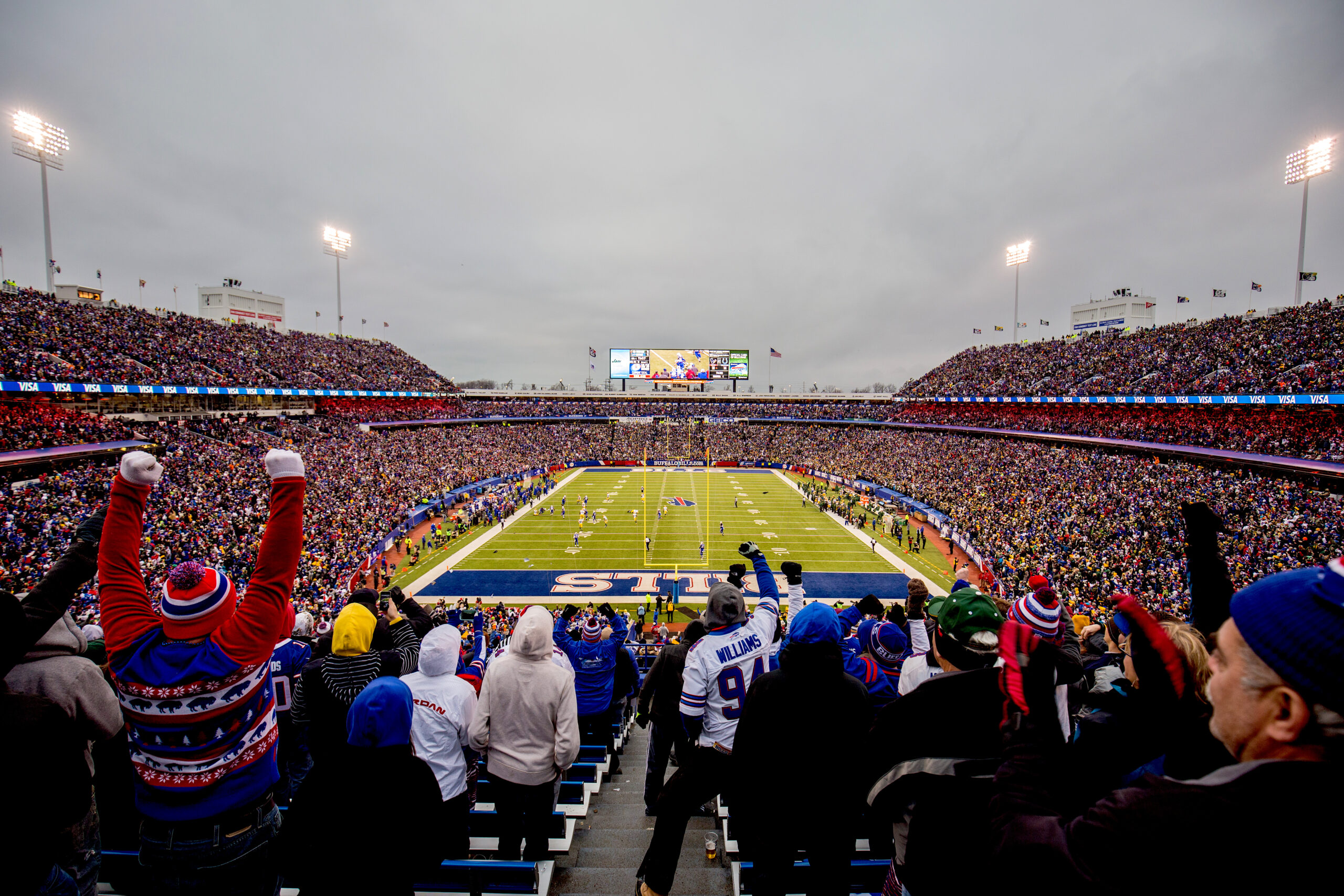 The current owner of the Buffalo Bills, the Florida-based Terry Pegula, has spent the last decade not-so-subtly hinting that he’ll move the Bills to Toronto if the good citizens of Buffalo don’t “fix” his stadium problem. In 2014 and 2018, this extortion ploy won Pegula $95 million from state taxpayers for stadium renovations. But the renovations haven’t produced, Pegula claims, enough new revenue.

The new subsidy deal, Pegula apparently feels, hits the new-revenue sweet spot. The deal certainly does hit taxpayers in their wallets. State taxpayers will be on the hook for at least $600 million. Erie County taxpayers will pony up another $250 million. The tab for Pegula will come to $350 million, but a healthy chunk of that will come out of the pockets of season ticket holders. They’ll have to fork over $1,000 for personal seat licenses if they want to continue to watch the Bills punt, pass and tackle.

One point worth keeping in mind: Bills owner Pegula, who owes his fortune to fracking, holds a net worth now running well over $5 billion. He could afford to bankroll the entire new stadium himself.

New York governor Kathy Hochul, even so, is calling the financing deal for Pegula’s new stadium a “point of pride” for all New Yorkers. For Hochul’s husband Bill, the deal could also be a potential “point” of serious personal profit. Bill Hochul serves as senior vice president and general counsel for Delaware North, the company that currently runs the concessions at all the Bills’ home games. 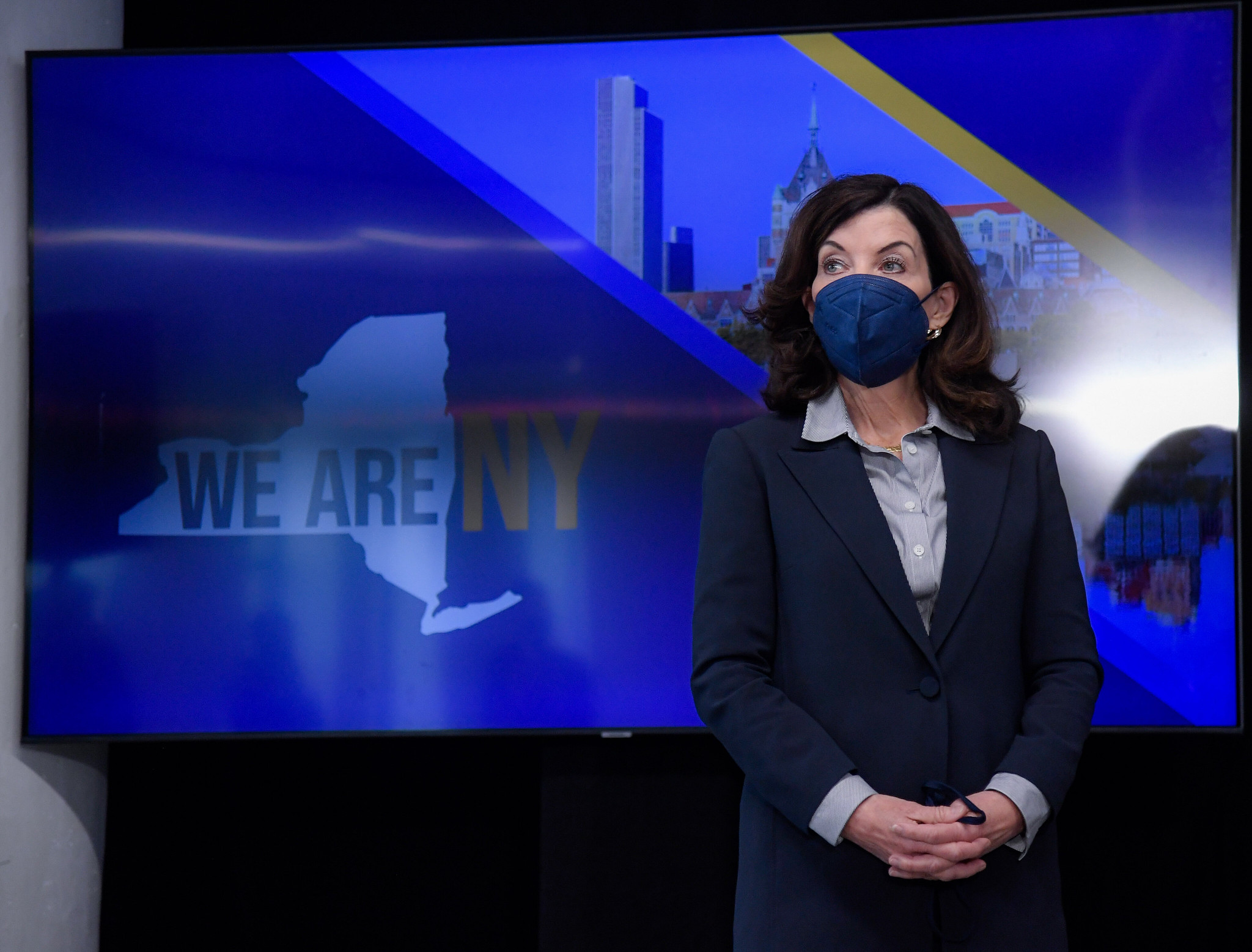 “Quite a sweetheart deal,” charges Native American leader Matthew Pagels, the president of New York’s Seneca Nation, a community that’s just lost a battle with the state over revenue-sharing funds.

New York’s new subsidy for the billionaire Pegula, agrees Stanford economist Roger Noll, rates as a “terrible deal.” The governor’s claim that subsidizing the Bills will pay off big for the regional economy, Noll just told a New York business publication, holds no water. Years of research, he points out, show that new stadiums typically have next to no impact on city-wide income and employment.

None of this research, of course, matters to oligarchs. Billionaires like Terry Pegula have the power to get what they want.

Starbucks workers in Buffalo have delivered America’s oligarchs an unexpectedly solid blow. But our oligarchy will only crumble when we all start hammering together.

← US TAX DAY: Taxes & the 15 Richest Americans
Information Warfare From Pre-History to Ukraine →