Economist Robert Pollin says nationalization isn’t a panacea but it would eliminate the obstacles that Big Oil places in the way of public financing for clean energy investments. 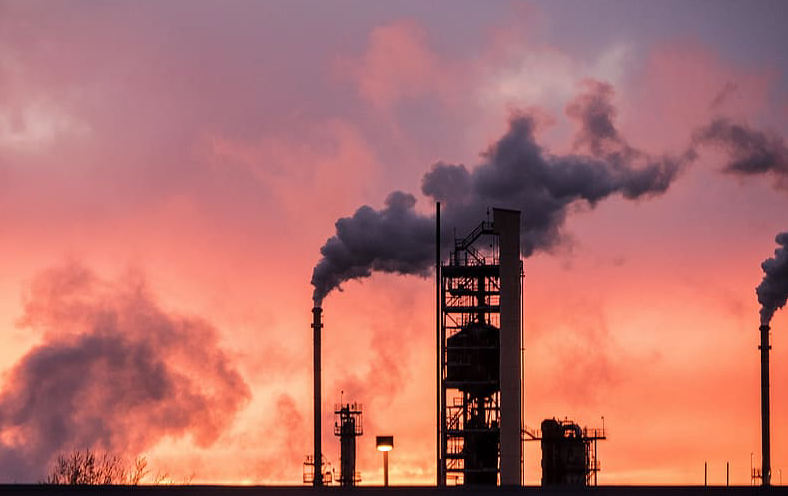 In the wake of a United Nations report that activists said showed the “bleak and brutal truth” about the climate emergency, a leading economist on Friday highlighted a step that supporters argue could be incredibly effective at combating the global crisis: nationalizing the U.S. fossil fuel industry.

Writing for The American Prospect, Robert Pollin, an economics professor and co-director of the Political Economy Research Institute at the University of Massachusetts Amherst, noted the Intergovernmental Panel on Climate Change (IPCC) and high gas prices exacerbated by Russia’s war on Ukraine.

“If we are finally going to start taking the IPCC’s findings seriously,” Pollin wrote,

“it follows that we must begin advancing far more aggressive climate stabilization solutions than anything that has been undertaken thus far, both within the U.S. and globally. Within the U.S., such measures should include at least putting on the table the idea of nationalizing the U.S. fossil fuel industry.”

Asserting that “at least in the U.S., the private oil companies stand as the single greatest obstacle to successfully implementing” a viable climate stabilization program, Pollin made the case that fossil fuel giants should not make any more money from wrecking the planet, nationalization would not be an unprecedented move in the United States, and doing so could help build clean energy infrastructure at the pace that scientists warn is necessary.

The expert proposed starting with “the federal government purchasing controlling ownership of at least the three dominant U.S. oil and gas corporations: ExxonMobil, Chevron, and ConocoPhillips.”

“They are far larger and more powerful than all the U.S. coal companies combined, as well as all of the smaller U.S. oil and gas companies,” he wrote. “The cost to the government to purchase majority ownership of these three oil giants would be about $420 billion at current stock market prices.”

Emphasizing that the aim of private firms “is precisely to make profits from selling oil, coal, and natural gas, no matter the consequences for the planet and regardless of how the companies may present themselves in various high-gloss, soft-focus PR campaigns,” Pollin posited that “with at least ExxonMobil, Chevron, and ConocoPhillips under public control, the necessary phaseout of fossil fuels as an energy source could advance in an orderly fashion.”

“The government could determine fossil fuel energy production levels and prices to reflect both the needs of consumers and the requirements of the clean-energy transition,” he explained. “This transition could also be structured to provide maximum support for the workers and communities that are presently dependent on fossil fuel companies for their well-being.”

Pollin pointed out that some members of Congress are pushing for a windfall profits tax on Big Oil companies using various global crises — from Russia’s war on Ukraine to the ongoing Covid-19 pandemic — to price gouge working people at the gas pump.

The proposal, he wrote, raises a more basic question:

“Should the fossil fuel companies be permitted to profit at all through selling products that we know are destroying the planet? The logical answer has to be no. That is exactly why nationalizing at least the largest U.S. oil companies is the most appropriate action we can take now, in light of the climate emergency.” 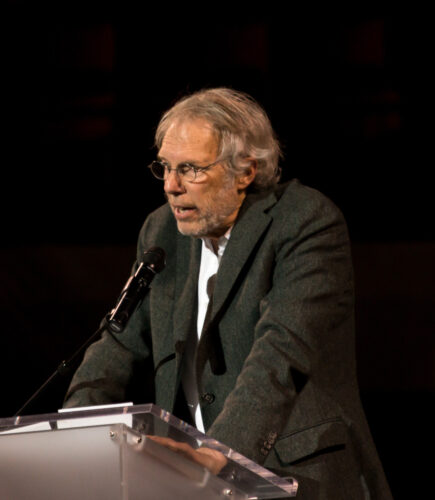 The economist highlighted the long history of nationalizing in the United States, pointing out that “it was only 13 years ago, in the depths of the 2007–09 financial crisis and Great Recession, that the Obama administration nationalized two of the three U.S. auto companies.”

In addition to enabling the government to put the nationalized firms’ profits toward a just transition to renewables, Pollin wrote, “with nationalization, the political obstacles that fossil fuel companies now throw up against public financing for clean energy investments would be eliminated.”

Nationalization “is not a panacea,” Pollin acknowledged. Noting that “publicly owned companies already control approximately 90 percent of the world’s fossil fuel reserves,” he cautioned against assuming such a move in the U.S. “will provide favorable conditions for fighting climate change, any more than public ownership has done so already in Russia, Saudi Arabia, China, or Iran,” without an administration dedicated to tackling the global crisis.

“Private owners and investors are not in the business of temporarily propping up dying industries, which means that they will either work to keep the industry from dying, which is bad for the climate, or that they will refuse to temporarily prop it up, which will cause economic chaos,” he wrote. “A public owner is best positioned to pursue managed decline in a responsible way.”

In a piece for The New Republic published in the early stage of the pandemic a few years ago, climate journalist Kate Aronoff — like Pollin on Friday — pointed out that nationalization “has a long and proud tradition of navigating America through times of crisis, from World War II to 9/11.”

“In a way, nationalization would merely involve the government correcting for nearly a century of its own market intervention. All manner of government hands on the scales have kept money flowing into fossil fuels, including the roughly $26 billion worth of state and federal subsidies handed out to them each year. A holistic transition toward a low-carbon economy would reorient that array of market signals away from failing sectors and toward growing ones that can put millions to work right away retrofitting existing buildings to be energy efficient and building out a fleet of electric vehicles, for instance, including in the places that might otherwise be worst impacted by a fossil fuel bust and recession. Renewables have taken a serious hit amid the Covid-19 slowdown, too, as factories shut down in China. So besides direct government investments in green technology, additional policy directives from the federal level, Paul added, would be key to providing certainty for investors that renewables are worth their while: for example, low-hanging fruit like the extension of the renewable tax credits, now on track to be phased out by 2022.”

While Pollin, Bruenig, and Aronoff’s writing focused on the United States, campaigners are also making similar cases around the world.

In a June 2021 opinion piece for The Guardian, Johanna Bozuwa, co-manager of the Climate & Energy Program at the Democracy Collaborative, and Georgetown University philosophy professor Olúf??mi O Táíwò took aim at Royal Dutch Shell on the heels of a historic court ruling, declaring that “like all private oil companies, Shell should not exist.”

“Governments like the Netherlands could better follow through on mandates to reduce emissions if they held control over oil companies themselves,” the pair added. “It is time to nationalize Big Oil.”

13 comments for “The Case for Nationalizing Big Oil”