Vijay Prashad reviews the geopolitical battles of recent decades that leave Germany, Japan and India — among others — rattled in their response to Russia’s invasion of Ukraine. 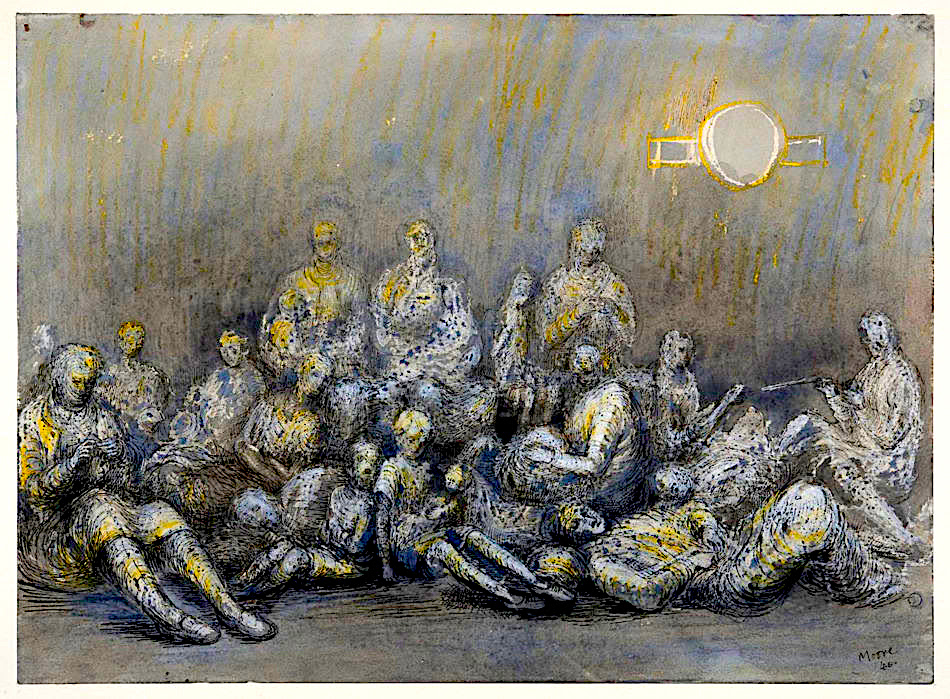 It is hard to fathom the depths of our time, the terrible wars and the confounding information that whizzes by without much wisdom.

Certainties that flood the airwaves and the internet are easy to come by, but are they derived from an honest assessment of the war in Ukraine and the sanctions against Russian banks (part of a broader United States sanctions policy that now afflicts approximately thirty countries)?

Do they acknowledge the horrific reality of hunger that has increased due to this war and the sanctions?

It appears that many of the “certainties” are caught up in the “Cold War mentality,” which views humanity as irreversibly divided on two opposing sides. However, this is not the case; most countries are struggling to craft a non-aligned approach to the U.S.-imposed “new Cold War.” Russia’s conflict with Ukraine is a symptom of broader geopolitical battles that have been waged over decades.

On March 26, U.S. President Joe Biden defined some certainties from his perspective at the Royal Castle in Warsaw, calling the war in Ukraine “a battle between democracy and autocracy, between liberty and repression, between a rules-based order and one governed by brute force.”

These binaries are wholly a fantasy of the White House, whose attitude towards “rules-based order” is not rooted in the U.N. Charter but in “rules” that the U.S. pronounces. Biden’s antinomies culminated in one policy objective: “For God’s sake, this man cannot remain in power,” he said, meaning Russia’s President Vladimir Putin.

The narrowness of Biden’s approach to the conflict in Ukraine has led to a public call for regime change in Russia, a country of 146 million people whose government possesses 6,255 nuclear warheads. With the U.S.’s violent history of controlling leadership in several countries, reckless statements about regime change cannot go unanswered. They must be universally contested. 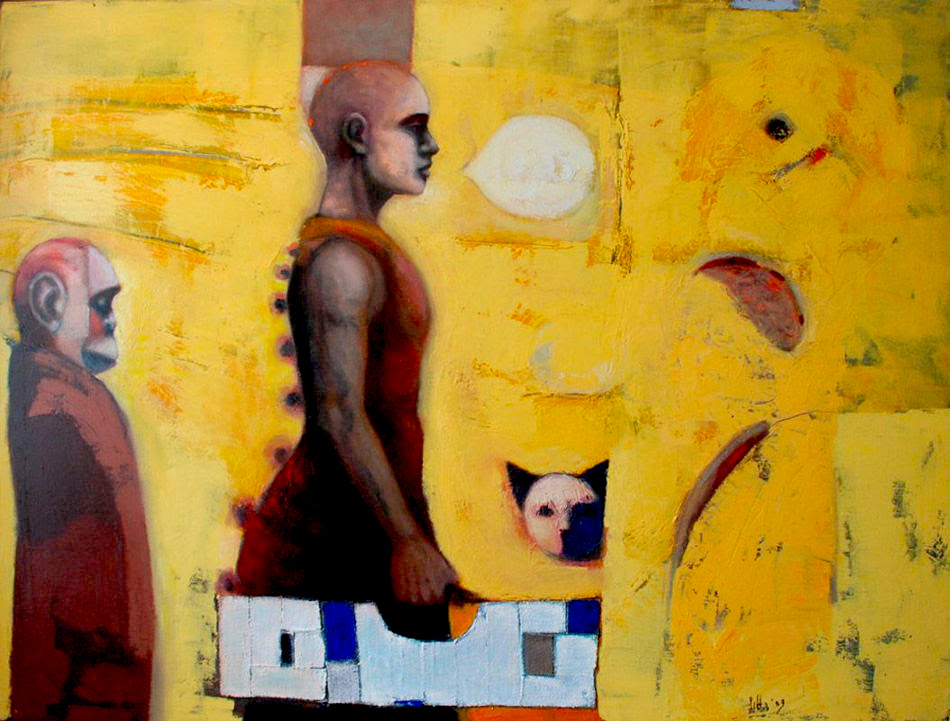 The principal axis of Russia’s war is not actually Ukraine, though it bears the brunt of it today. It is whether Europe can be permitted to forge projects independently of the U.S. and its North Atlantic agenda.

Between the fall of the U.S.S.R. (1991) and the world financial crisis (2007–08), Russia, the new post-Soviet republics (including Ukraine), and other Eastern European states sought to integrate into the European system, including the North Atlantic Treaty Organization (NATO).

Russia joined NATO’s Partnership for Peace process in 1994, and seven Eastern European countries (including Estonia, Lithuania and Latvia that border Russia) joined NATO in 2004. During the global financial crisis, it became evident that integration into the European project would not be fully possible because of vulnerabilities in Europe.

Referring to U.S. withdrawal from the Anti-Ballistic Missile Treaty in 2002 (which he had criticized at that time) and the U.S. illegal Iraq War in 2003, Putin said, “Nobody feels secure anymore because nobody can hide behind international law.”

Later, at the 2008 NATO Summit in Bucharest, Romania, Putin warned about the dangers of NATO’s eastward expansion, lobbying against the entry of Georgia and Ukraine into the military alliance. The next year, Russia partnered with Brazil, China, India and South Africa to form the BRICS bloc as an alternative to Western-driven globalization. 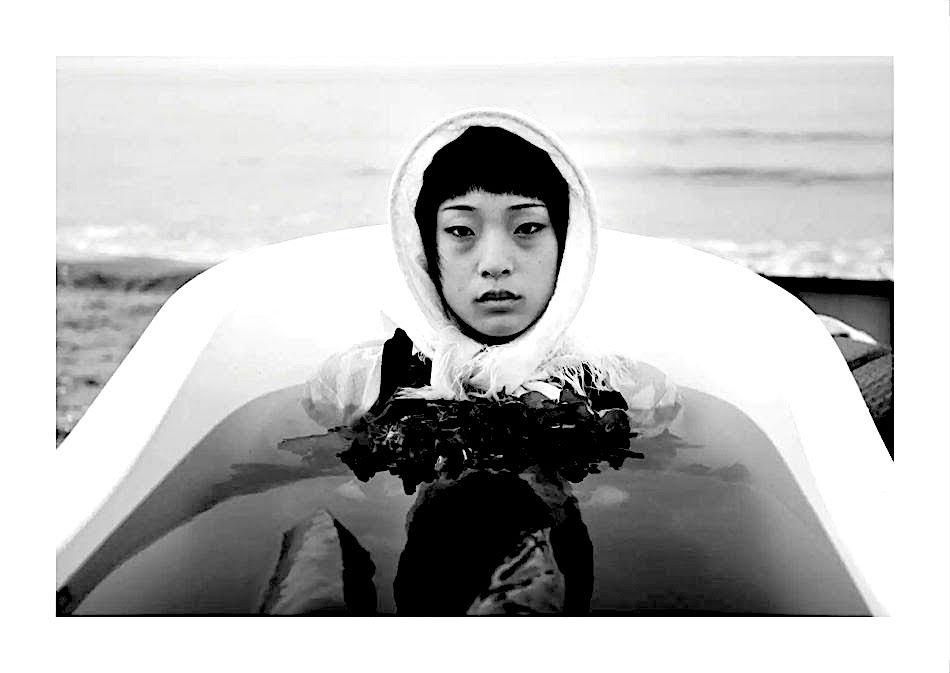 For generations, Europe has relied on imports of natural gas and crude oil first from the U.S.S.R. and then from Russia. This dependence on Russia has increased as European countries have sought to end their use of coal and nuclear energy. At the same time, Poland (2015) and Italy (2019) signed onto the Chinese-led Belt and Road Initiative (BRI).

Between 2012 and 2019, the Chinese government also formed the 17+1 Initiative, linking 17 Central and Eastern European countries in the BRI project. The integration of Europe into Eurasia opened the door for its foreign policy independence. But this was not permitted. The entire “global NATO” feint — articulated in 2008 by NATO Secretary General Jaap de Hoop Scheffer — was part of preventing this development.

Fearful of the great changes occurring in Eurasia, the U.S. acted on commercial and diplomatic and military fronts. Commercially, the U.S. tried to substitute European reliance on Russian natural gas by promising to supply Europe with Liquefied Natural Gas (LNG) from both U.S. suppliers and Gulf Arab states.

Since LNG is far more expensive than piped gas, this was not an enticing commercial deal. Challenges to Chinese advancements in high-tech solutions — particularly in telecommunications, robotics, and green energy — could not be sustained by Silicon Valley firms, so the U.S. escalated two other instruments of force: first, the use of War on Terror rhetoric to ban Chinese firms (claiming security and privacy considerations) and second, diplomatic and military manoeuvres to challenge Russia’s sense of stability. 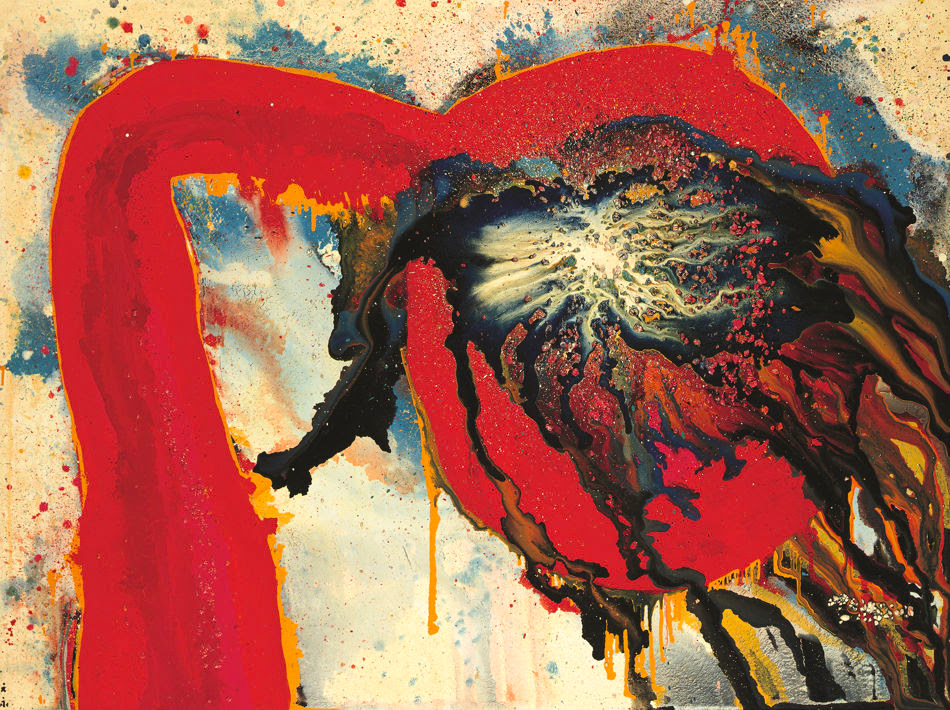 The U.S. strategy was not entirely successful. European countries could see that there was no effective substitute for both Russian energy and Chinese investment. Banning Huawei’s telecommunications tools and preventing NordStream 2 from certification would only hurt the European people. This was clear.

But what was not so clear was that the U.S. concurrently began to dismantle the architecture that held in place confidence that no country would begin a nuclear war. In 2002, the U.S. unilaterally abandoned the Anti-Ballistic Missile Treaty and, in 2018–19, they left the Intermediate-Range Nuclear Forces (INF) Treaty.

European countries played a key role in establishing the INF Treaty in 1987 through the “nuclear freeze” movement, but the abandonment of the treaty in 2018–19 was met with relative silence from Europeans.

In 2018, the U.S. National Security Strategy shifted from its focus on the Global War on Terror to the prevention of the “re-emergence of long-term, strategic competition” from “near-peer rivals” such as China and Russia. At the same time, European countries began to carry out “freedom of navigation” exercises through NATO in the Baltic Sea, the Arctic Sea and South China Sea, sending threatening messages to China and Russia. These moves effectively brought China and Russia very close together.

Russia indicated on several occasions that it was aware of these tactics and would defend its borders and its region with force. When the U.S. intervened in Syria in 2012 and Ukraine in 2014, these moves threatened Russia with the loss of its two main warm water ports (in Latakia, Syria, and Sevastopol, Crimea), which is why Russia annexed Crimea in 2014 and intervened militarily in Syria in 2015. These actions suggested that Russia would continue to use its military to protect what it sees as its national interests.

Ukraine then shut down the North Crimean canal that brought the peninsula 85 percent of its water, forcing Russia to supply the region with water over the Kerch Strait Bridge, built at enormous cost between 2016 and 2019. Russia did not need “security guarantees” from Ukraine, or even from NATO, but it sought them from the United States. There was fear in Moscow that the U.S. would place intermediate range nuclear missiles around Russia. 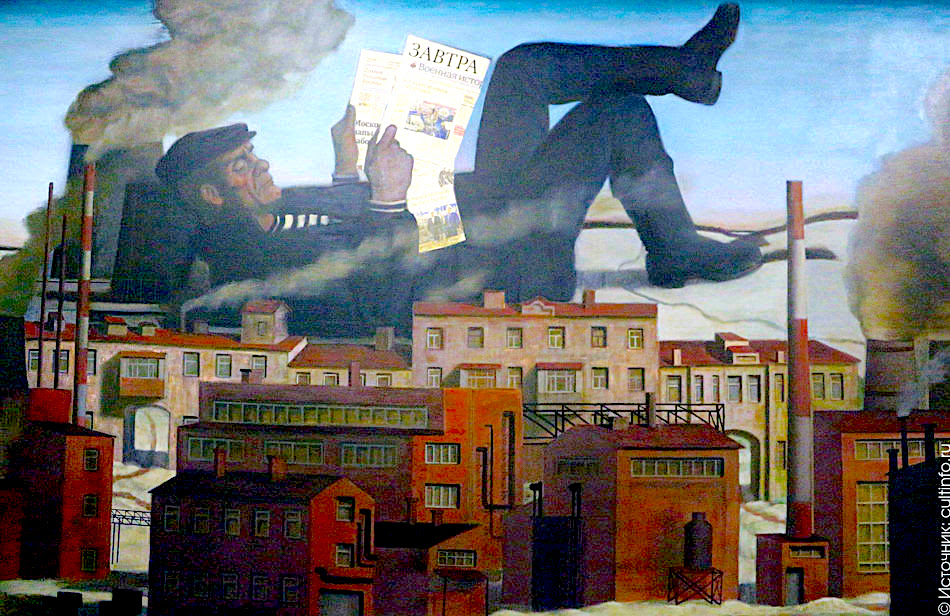 In light of this recent history, contradictions rattle the responses of Germany, Japan and India, amongst others. Each of these countries needs Russian natural gas and crude oil. Both Germany and Japan have sanctioned Russian banks, but neither German Chancellor Olaf Scholz nor Japanese Prime Minister Fumio Kishida can cut energy imports.

India, despite being part of the U.S.-backed Quad along with Japan, has refused to join the condemnation of Russia and the sanctions on its banking sector [and trade]. These countries have to manage the contradictions of our time and weigh up the uncertainties. No state should accept the so-called certainties that reinforce Cold War dynamics, nor should they neglect the dangerous outcomes of externally influenced regime change and chaos. 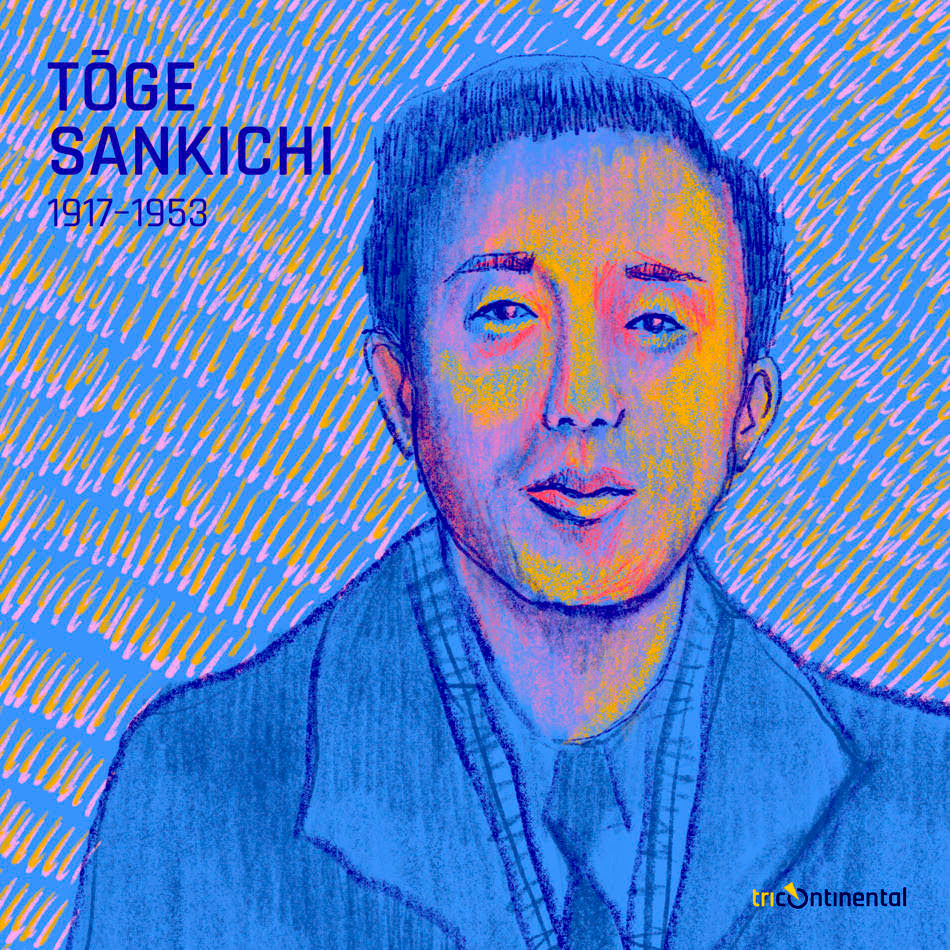 It is always a good idea to reflect on the quiet charm of the poems of Toge Sankichi, who watched the atomic bomb fall on his native Hiroshima in 1945, and then later joined the Japanese Communist Party to fight for peace. In his “Call to Action,” Sankichi wrote:

stretch out those grotesque arms
to the many similar arms
and, if it seems like that flash might fall again,
hold up the accursed sun:
even now it is not too late.