The war in Ukraine and associated U.S. sanctions are exacerbating a world hunger crisis that already afflicts billions of people, writes Vijay Prashad. 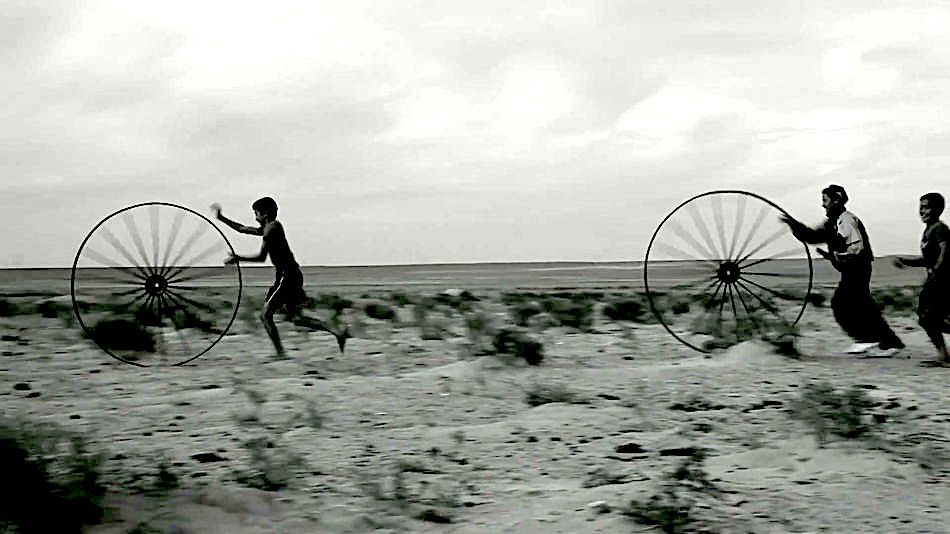 On March 16, as Russia’s war on Ukraine entered its second month, Kazakhstan’s President Kassym-Jomart Tokayev warned his people that “uncertainty and turbulence in the world markets are growing, and production and trade chains are collapsing.”

A week later, the United Nations Conference on Trade and Development (UNCTAD) released a brief study on the immense shock that will be felt around the world due to this war. “Soaring food and fuel prices will have an immediate effect on the most vulnerable in developing countries, resulting in hunger and hardship for households who spend the highest share of their income on food,” the study noted.

South of Kazakhstan, in the Kyrgyz Republic, the poorest households already spent 65 percent of their income on food before these current price hikes; as food inflation rises by 10 percent, the impact will be catastrophic for the Kyrgyz people.

After the fall of the Soviet Union in 1991, immense pressure was brought to bear on the countries of the Global South to disband their food security and food sovereignty projects and to integrate their production and consumption of food into global markets. In his recent address, President Tokayev announced that the Kazakh government was now going “to oversee the production of agricultural equipment, fertilizers, fuel, and the stocks of seeds.” 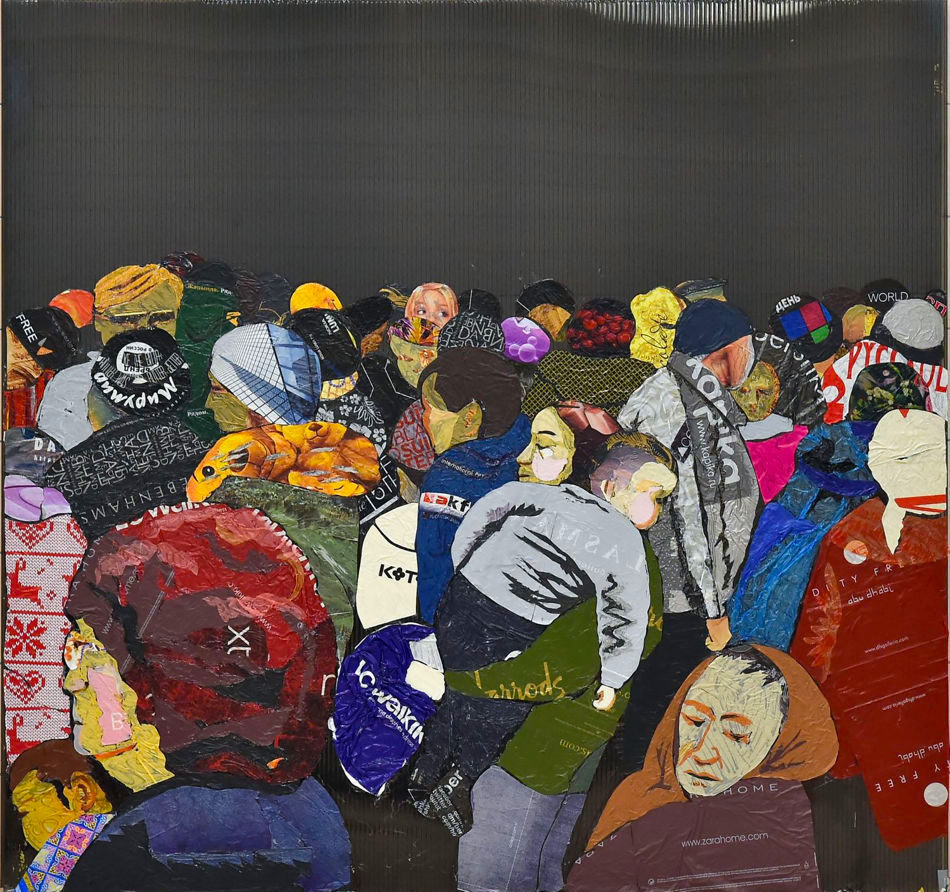 Very few countries in the world have been able to develop a food system that is immune from the turbulence of market liberalization (read our Red Alert no. 12 for more). Modest domestic policies – such as banning food exports during a drought or keeping high import duties to protect farmers’ livelihoods – are now punished by the World Bank and other multilateral agencies. President Tokayev’s statement indicates an appetite in the poorer nations to rethink the liberalization of the food markets.

In July 2020, a statement titled “A New Cold War against China is against the interests of humanity,” was widely circulated and endorsed. No Cold War, the campaign which drafted the statement, has held a number of important webinars over the past two years to amplify discussions in Africa, Asia, Latin America and Europe on the impact of this U.S.-imposed pressure campaign against China, and on the racism that this has inflamed in the West.

Part of No Cold War’s analysis is that these manoeuvres by the United States are intended to discourage other countries from commercially engaging with China, and also Russia. U.S. firms find themselves at a disadvantage compared to Chinese firms, and Russian energy exports to Europe are vastly cheaper than U.S. exports.

The U.S. has responded to this economic competition, not on a purely commercial basis, but treated it as a threat to its national security and to world peace. Instead of dividing the world in this manner, No Cold War calls for relations between the United States and China and Russia based on “mutual dialogue” centered “on the common issues which unite humanity.”

During this war on Ukraine, No Cold War has launched a new publication called Briefings, which will be factual texts on matters of global concern. Tricontinental: Institute for Social Research will share these periodic briefings in this newsletter (you can also find them here). For its first issue, No Cold War has produced the following Briefing,  World hunger and the war in Ukraine.

The war in Ukraine, along with sanctions imposed by the United States and Western countries against Russia, have caused global food, fertilizer and fuel prices to skyrocket and endanger the world food supply. This conflict is exacerbating the existing crisis of global hunger and imperils the living standards and well-being of billions of people – particularly in the Global South.

War in Breadbasket of World

The current crisis threatens to cause a global food shortage. The United Nations has estimated that up to 30 percent of Ukrainian farmland could become a warzone; in addition, due to sanctions, Russia has been severely restricted in exporting food, fertilizer and fuel. This has caused global prices to surge. Since the war began, wheat prices have increased by 21 percent, barley by 33 percent and some fertilizers by 40 percent.

The painful impact of this shock is being felt by people around the world, but most sharply in the Global South. “In a word, developing countries are getting pummeled,” United Nations Secretary-General António Guterres recently remarked.

Countries of the Global South are already facing severe price shocks and shortages, impacting both consumption and production. In Kenya, bread prices have risen by 40 percent in some areas and, in Lebanon, by 70 percent. Meanwhile, Brazil, the world’s largest producer of soybeans, is facing a major reduction in crop yields. The country purchases close to half of its potash fertilizer from Russia and neighboring Belarus (which is also being sanctioned) – it has only a three month supply remaining with farmers being instructed to ration.

‘US Has Sanctioned Whole World’

The situation is being directly exacerbated by U.S. and Western sanctions against Russia. Although sanctions have been justified as targeting Russian government leaders and elites, such measures hurt all people, particularly vulnerable groups, and are having global ramifications.

The war in Ukraine and associated sanctions are exacerbating the already existing crisis of world hunger. The UN’s Food and Agriculture Organization found that “nearly one in three people in the world (2.37 billion) did not have access to adequate food in 2020.” In recent years, the situation has worsened as food prices have risen due largely to the Covid-19 pandemic, climate change and related disruptions.

“Ukraine has only compounded a catastrophe on top of a catastrophe,” said David M. Beasley, the executive director of the UN World Food Program. “There is no precedent even close to this since World War II.”

“If you think we’ve got hell on earth now, you just get ready,” Beasley warned.

Regardless of the different opinions on Ukraine, it is clear that billions of people around the world will suffer from this hunger crisis until the war and sanctions come to an end. 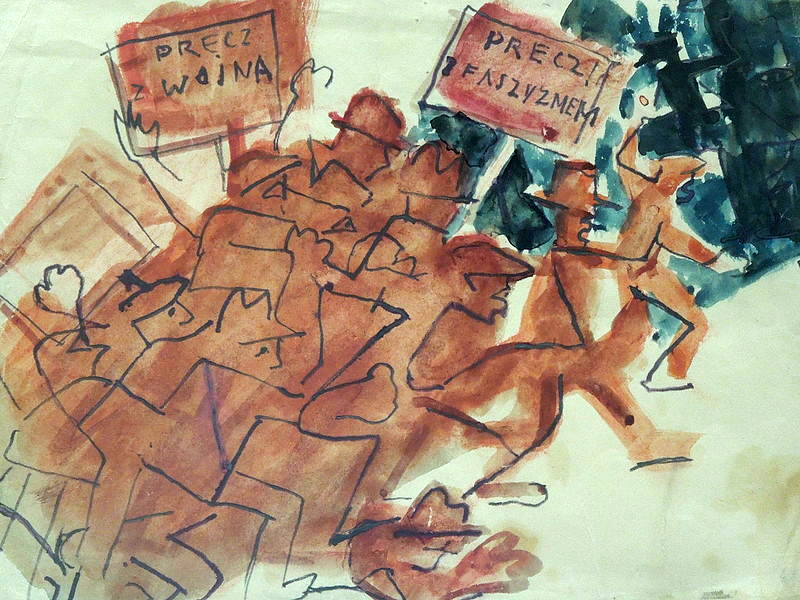 In 1962, the Polish poet Wislawa Szymborska wrote “Starvation Camp Near Jaslo.” Located in south-east Poland not far from the Ukraine-Poland border, Jaslo was the site of a Nazi death camp, where thousands of people – mainly Jews – were caged and left to die of starvation. How does one write about such immense violence? Szymborska offered the following reflection:

Write it down. Write it. With ordinary ink
on ordinary paper; they weren’t given food,
they all died of hunger. All. How many?
It’s a large meadow. How much grass
per head? Write down: I don’t know.
History rounds off skeletons to zero.
A thousand and one is still only a thousand.
That one seems never to have existed:
a fictitious fetus, an empty cradle,
a primer opened for no one,
air that laughs, cries, and grows,
stairs for a void bounding out to the garden,
no one’s spot in the ranks …

Each death is an abomination; including the 300 children who die of malnutrition every hour of every day.

6 comments for “History Rounds Off Skeletons to Zero”