The Pentagon’s current strategy document clearly identifies Enemy No. 1. And it’s not Russia. 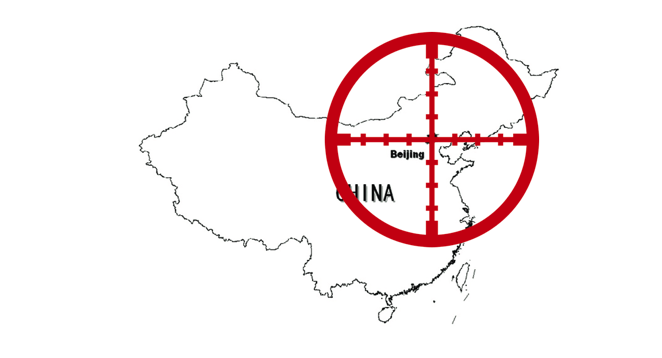 The Pentagon has produced its latest National Defense Strategy (NDS), a report made every four years to provide the public and the government with a broad overview of the U.S. war machine’s planning, posturing, developments and areas of focus.

You might assume with all the aggressive brinkmanship between Moscow and the U.S. power alliance this year that Russia would feature as Enemy No. 1 in the 2022 NDS, but you would be assuming incorrectly. The U.S. “Defense” Department reserves that slot for the same nation that’s occupied it for many years now: China.

“The full NDS is still classified, but the Pentagon released a fact sheet on the document that says it “will act urgently to sustain and strengthen deterrence, with the People’s Republic of China (PRC) as our most consequential strategic competitor and the pacing challenge for the Department.”

The fact sheet outlines four priorities for the Pentagon:

-Defending the homeland, paced to the growing multi-domain threat posed by the PRC

-Deterring strategic attacks against the United States, Allies, and partners

-Deterring aggression, while being prepared to prevail in conflict when necessary, prioritizing the PRC challenge in the Indo-Pacific, then the Russia challenge in Europe

“The Pentagon says that while China is the focus, Russia poses ‘acute threats’ because of its invasion of Ukraine,” DeCamp writes, showing the empire’s view of Moscow as a second-tier enemy.

Ahead of a meeting with China’s Foreign Minister Wang Yi, Russian Foreign Minister Sergei Lavrov has made some comments which clearly illustrate the U.S.-centralized empire’s actual problem with Moscow.

“We, together with you, and with our sympathisers will move towards a multipolar, just, democratic world order,” Lavrov said to the Chinese government on Wednesday.

And that right there, ladies and gentlemen, is the real reason we’ve been hearing so much hysterical shrieking about Russia these last five or six years. It’s never been about Russian hackers. Nor about a Kremlin pee tape. Nor about Trump Tower. Nor about GRU bounties in Afghanistan. Nor about Manafort, Flynn, Bannon, Papadopoulos or any other Russiagate Surname of the Week. It’s not even actually about Ukraine. Those have all been narrative-shaping constructs manipulated by the U.S. intelligence cartel to manufacture support for a final showdown against Russia and China to prevent the emergence of a multipolar world.

The U.S. government has had a policy in place since the fall of the Soviet Union to prevent the rise of any powers which could challenge its imperial agendas for the world. During the (first) Cold War the strategy promoted by empire managers like Henry Kissinger was to court China out of necessity to pull it away from the U.S.S.R., which was when we saw business ties between China and the U.S. lead to immense profits for certain individuals in both nations and the influx of wealth which now has China on track to surpass the U.S. as an economic superpower.

Once the U.S.S.R. ended, so too did the need to remain on friendly terms with China, and subsequent decades saw a sharp pivot into a much more adversarial relationship with Beijing.

Speaking at the Bloomberg New Economy Forum, Hillary Clinton admits there was an expectation in Washington Russia would have no choice but to become the West's junior partner due to the fear China could take over the Russian Far East. /1https://t.co/pJQeF0eCxf

In what history may one day view as the U.S. empire’s greatest strategic blunder, empire managers forecasted the acquisition of post-soviet Russia as an imperial lackey state which could be weaponized against the new Enemy No. 1 in China. Instead, the exact opposite happened.

Former Secretary of State Hillary Clinton told the Bloomberg New Economy Forum last year that she’d “heard for years that Russia would become more willing to move toward the west, more willing to engage in a positive way with Europe, the U.K., the U.S., because of problems on its border, because of the rise of China.” But that’s not what occurred.

“We haven’t seen that,” Clinton said. “Instead what we’ve seen is a concerted effort by Putin maybe to hug China more.”

The empire’s expectation that Moscow would come groveling to the imperial throne on its own meant that no real effort was expended trying to establish goodwill and win over its friendship. NATO just kept on expanding and the empire got increasingly aggressive and belligerent in its games of global conquest.

This error has led to the strategist’s ultimate nightmare of having to fight for global domination against two separate powers at once. Because empire architects incorrectly predicted that Moscow would end up fearing Beijing more than it fears Washington, the tandem between China’s economic power and Russia’s military power that experts have been pointing to for years has only gotten more and more intimate.

And now here we are with Russian and Chinese officials openly discussing their plans to create a multipolar world while Chinese pundits crack jokes about the U.S. empire’s transparent ploys to turn Beijing against Moscow over the Ukraine invasion:

Can you help me fight your friend so that I can concentrate on fighting you later?

On the empire’s grand chessboard, Russia is the queen piece, but China is the king. Just as with chess it helps to take out your opponent’s strongest piece to more easily pursue checkmate, the U.S. empire would be well advised to try and topple China’s nuclear superpower friend and, as Consortium News Editor-in-Chief Joe Lauria recently put it, “ultimately restore a Yeltsin-like puppet to Moscow.”

Basically, all we’re looking at in the major international news stories of our time is the rise of a multipolar world crashing headlong into an empire which has espoused the belief that unipolar domination must be retained at all cost, even if it means flirting with the possibility of a very fast and radioactive third world war.

This is the Hail Mary pass of the U.S. hegemon; its last-ditch effort to secure control before forever losing any chance at it. Many anti-imperialist pundits I read regularly seem quite confident that this effort will fail, while I personally think those forecasts may be a bit premature. The way the chess pieces are moving it definitely does look like there’s a plan in place, and I don’t think they’d be orchestrating that plan if they didn’t believe it had a chance to succeed.

One thing that does seem clear is that the only way the empire has any chance of stopping the rise of China is by maneuvers that will be both highly disruptive and existentially dangerous for the entire world. If you think things are crazy now, just you wait until the imperial crosshairs move to Beijing.

Caitlin Johnstone is a rogue journalist, poet, and utopia prepper who publishes regularly at Medium.  Her work is entirely reader-supported, so if you enjoyed this piece please consider sharing it around, liking her on Facebook, following her antics on Twitter, checking out her podcast on either Youtube, soundcloud, Apple podcasts or Spotify, following her on Steemit, throwing some money into her tip jar on Patreon or Paypal,purchasing some of her sweet merchandise, buying her books Notes From The Edge Of The Narrative Matrix, Rogue Nation: Psychonautical Adventures With Caitlin Johnstone and Woke: A Field Guide for Utopia Preppers.

← Ukraine: Transfer of Power Balance from West to East
Russia, Ukraine and the Law of War: War Crimes →

32 comments for “Caitlin Johnstone: The Target is China”