The disconnect between the Western and Russian narratives in the current conflict could prove fatal to the world, writes Scott Ritter. 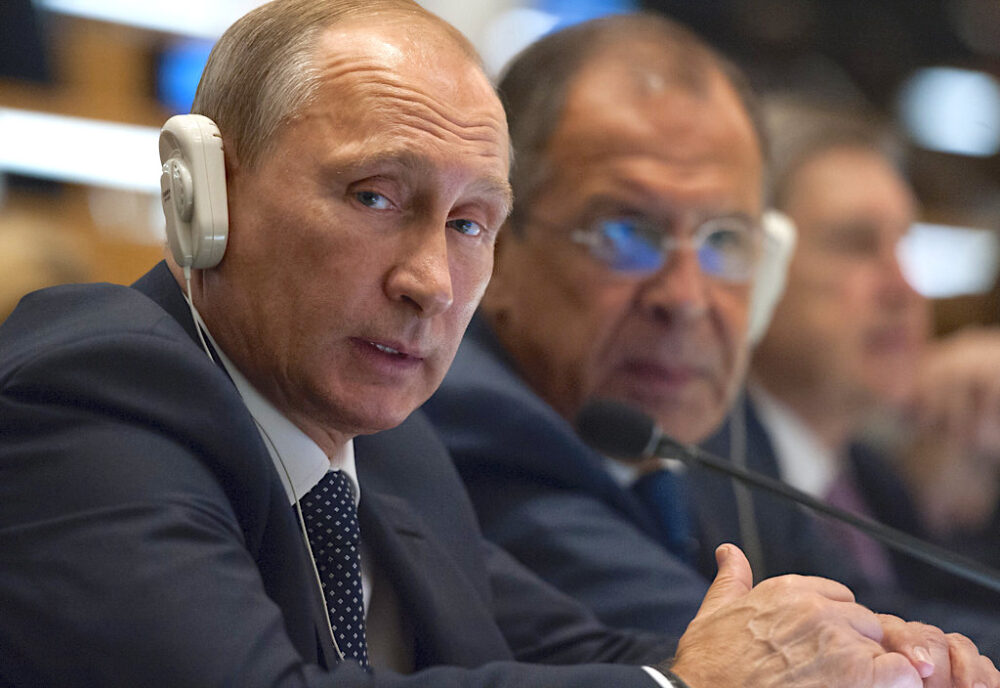 Vladimir Putin is a madman. He’s lost it. At least that is what the leaders of the West would like you to believe. According to their narrative, Putin — isolated, alone, confused, and angry at the unfolding military disaster Russia was undergoing in Ukraine — lashed out, ostensibly threatening the entire world with nuclear annihilation.

In a meeting with his top generals on Sunday, the beleaguered Russian president announced, “I order the defense minister and the chief of the general staff of the Russian armed forces to put the deterrence forces of the Russian army into a special mode of combat service.”

The reason for this action, Putin noted, centered on the fact that, “Western countries aren’t only taking unfriendly actions against our country in the economic sphere, but top officials from leading NATO members made aggressive statements regarding our country” in relation to the ongoing situation in Ukraine.

What made the Russian president’s words resonate even more was that last Thursday, when announcing the commencement of Russia’s “special military operation” against Ukraine, Putin declared that “no one should have any doubts that a direct attack on our country will lead to the destruction and horrible consequences for any potential aggressor.” He emphasized that Russia is “one of the most potent nuclear powers and also has a certain edge in a range of state-of-the-art weapons.”

When Putin issued that threat, The Washington Post described it as “empty, a mere baring of fangs.” The Pentagon, involved as it was in its own review of U.S. nuclear posture designed to address threats such as this, seemed non-plussed, with an anonymous official noting that U.S. policy makers “don’t see an increased threat in that regard.”

Secretary of State Antony Blinken and others representatives of NATO countries in a group photo at NATO Headquarters in Brussels, March 2021 . (State Department/Ron Przysucha)

For NATO’s part, the Trans-Atlantic military alliance, which sits at the heart of the current crisis, issued a statement in which it noted that:

“Russia’s actions pose a serious threat to Euro-Atlantic security, and they will have geo-strategic consequences. NATO will continue to take all necessary measures to ensure the security and defense of all Allies. We are deploying additional defensive land and air forces to the eastern part of the Alliance, as well as additional maritime assets. We have increased the readiness of our forces to respond to all contingencies.”

Hidden near the bottom of this statement, however, was a passage which, when examined closely, underpinned the reasoning behind Putin’s nuclear muscle-flexing. “[W]e have held consultations under Article 4 of the Washington Treaty,” the statement noted. “We have decided, in line with our defensive planning to protect all Allies, to take additional steps to further strengthen deterrence and defense across the Alliance.”

Under Article 4, members can bring any issue of concern, especially related to the security of a member country, to the table for discussion within the North Atlantic Council. NATO members Estonia, Latvia, Lithuania, and Poland triggered the Article 4 consultation following the Russian incursion into Ukraine. In a statement issued on Friday, NATO Secretary General Jens Stoltenberg expanded on the initial NATO statement, declaring that NATO was committed to protecting and defending all its allies, including Ukraine.

Three things about this statement stood out. First, by invoking Article IV, NATO was positioning itself for potential offensive military action; its previous military interventions against Serbia in 1999, Afghanistan in 2001, Iraq in 2004, and Libya in 2011, were all done under Article IV of the NATO Charter. Seen in this light, the premise that NATO is an exclusively defensive organization, committed to the promise of collective self-defense, is baseless.

Second, while Article V (collective defense) protections only extend to actual NATO members, which Ukraine is not, Article IV allows the umbrella of NATO protection to be extended to those non-NATO members whom the alliance views as an ally, a category Stoltenberg clearly placed Ukraine in.

Finally, Stoltenberg’s anointing of Ukraine as a NATO ally came at the same time he announced the activation and deployment of NATO’s 40,000-strong Response Force, some of which would be deployed to NATO’s eastern flank, abutting Ukraine. The activation of the Response Force is unprecedented in the history of NATO, a fact that underscores the seriousness to which a nation like Russia might attach to the action.

When seen in this light, Putin’s comments last Thursday were measured, sane, and responsible.

What Happens if NATO Convoys or EU Jets Are Hit? 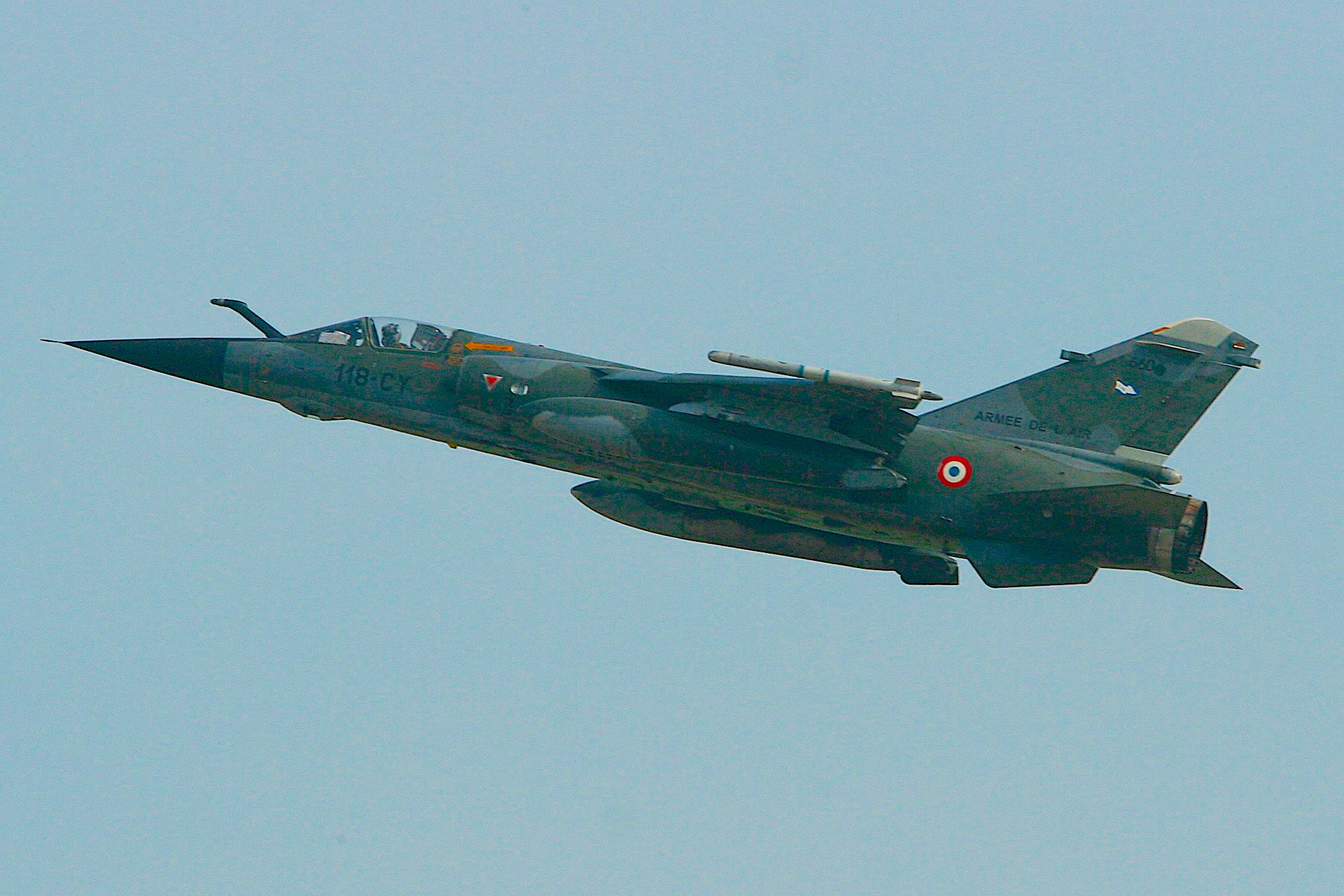 Since the Article IV consultations began, NATO members have begun to supply Ukraine with lethal military aid, with the promise of more in the days and weeks to come. These shipments can only gain access to Ukraine through a ground route that requires transshipment through NATO members, including Romania and Poland. It goes without saying that any vehicle carrying lethal military equipment into a war zone is a legitimate target under international law; this would apply in full to any NATO-affiliated shipment or delivery done by a NATO member on their own volition.

What happens when Russia begins to attack NATO/EU/US/Allied arms deliveries as they arrive on Ukrainian soil? Will NATO, acting under Article IV, create a buffer zone in Ukraine, using the never-before-mobilized Response Force? One naturally follows the other…

The scenario becomes even more dire if the EU acts on its pledge to provide Ukraine with aircraft and pilots to fight the Russians. How would these be deployed to Ukraine? What happens when Russia begins shooting down these aircraft as soon as they enter Ukrainian airspace? Does NATO now create a no-fly zone over western Ukraine?

What happens if a no-fly zone (which many officials in the West are promoting) is combined with the deployment of the Response Force to create a de facto NATO territory in western Ukraine? What if the Ukrainian government establishes itself in the city of Lvov, operating under the protection of this air and ground umbrella? 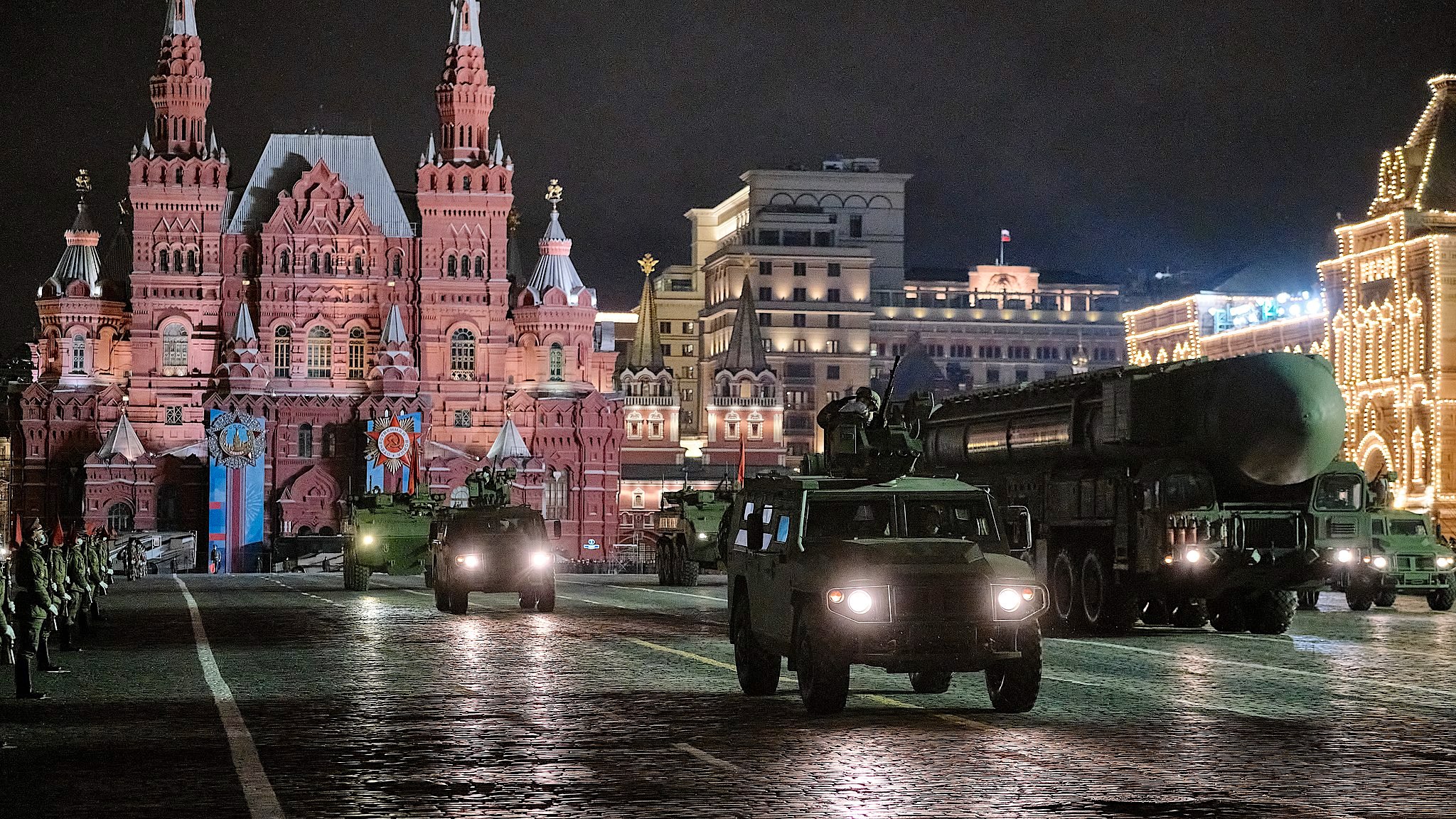 While the Russian nuclear policy document did not call for the preemptive use of nuclear weapons during conventional conflicts, it did declare that “in the event of a military conflict, this Policy provides for the prevention of an escalation of military actions and their termination on conditions that are acceptable for the Russian Federation and/or its allies.”

In short, Russia might threaten to use nuclear weapons to deter “aggression against the Russian Federation with the use of conventional weapons when the very existence of the state is in jeopardy.”

In defining Russia’s national security concerns to both the U.S. and NATO last December, Putin was crystal clear about where he stood when it came to Ukrainian membership in NATO. In a pair of draft treaty documents, Russia demanded that NATO provide written guarantees that it would halt its expansion and assure Russia that neither Ukraine nor Georgia ever be offered membership into the alliance.

In a speech delivered after Russia’s demands were delivered, Putin declared that if the U.S. and its allies continue their “obviously aggressive stance,” Russia would take “appropriate retaliatory military-technical measures,” adding that it has “every right to do so.”

In short, Putin made it clear that, when it came to the issue of Ukrainian membership in NATO, the stationing of U.S. missiles in Poland and Romania and NATO deployments in Eastern Europe, Russia felt that its very existence was being threatened. 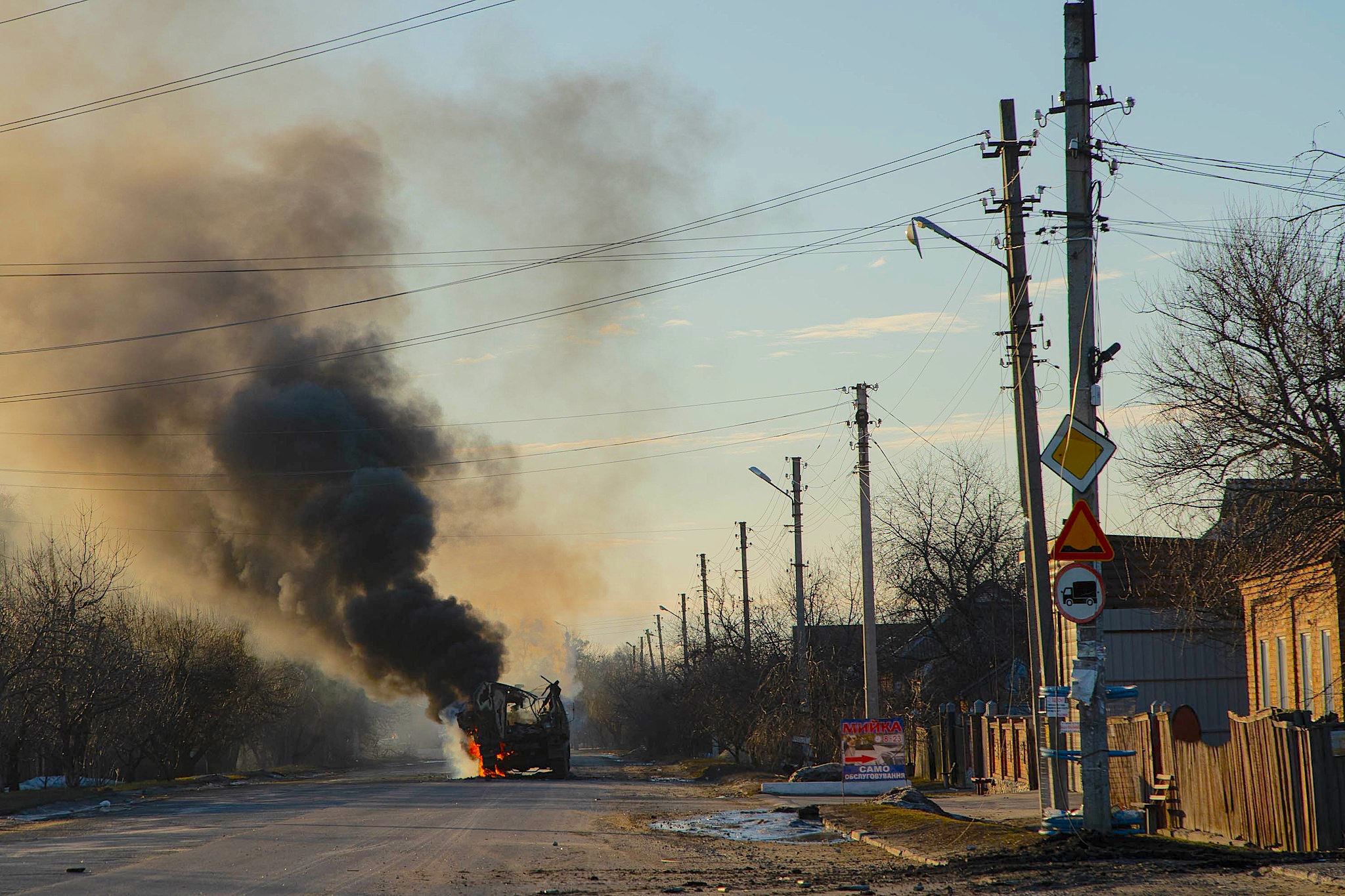 A bus burns Thursday on road from Kharkiv to Kiev as Russia enters the war. (Yan Boechat/VOA/Wikimedia Commons)

The Russian invasion of Ukraine, when seen from the perspective of Russia and its leadership, was the result of a lengthy encroachment by NATO on the legitimate national security interests of the Russian state and people. The West, however, has interpreted the military incursion as little more than the irrational action of an angry, isolated dictator desperately seeking relevance in a world slipping out of his control.

The disconnect between these two narratives could prove fatal to the world. By downplaying the threat Russia perceives, both from an expanding NATO and the provision of lethal military assistance to Ukraine while Russia is engaged in military operations it deems critical to its national security, the U.S. and NATO run the risk of failing to comprehend the deadly seriousness of Putin’s instructions to his military leaders regarding the elevation of the level of readiness on the part of Russia’s strategic nuclear forces.

Far from reflecting the irrational whim of a desperate man, Putin’s orders reflected the logical extension of a concerted Russian national security posture years in the making, where the geopolitical opposition to NATO expansion into Ukraine was married with strategic nuclear posture. Every statement Putin has made over the course of this crisis has been tied to this policy.

While the U.S. and NATO can debate the legitimacy of the Russian concerns, to dismiss the national security strategy of a nation that has been subjected to detailed bureaucratic vetting as nothing more than the temper tantrum of an out of touch autocrat represents a dangerous disregard of reality, the consequences of which could prove to be fatal to the U.S., NATO, and the world.

President Putin has often complained that the West does not listen to him when he speaks of issues Russia deems to be of critical importance to its national security.

The West is listening now. The question is, is it capable of comprehending the seriousness of the situation?

So far, the answer seems to be no.