Managers of empire understand something that the general public does not; that human minds are very hackable, which can be used to advance the interests of power. 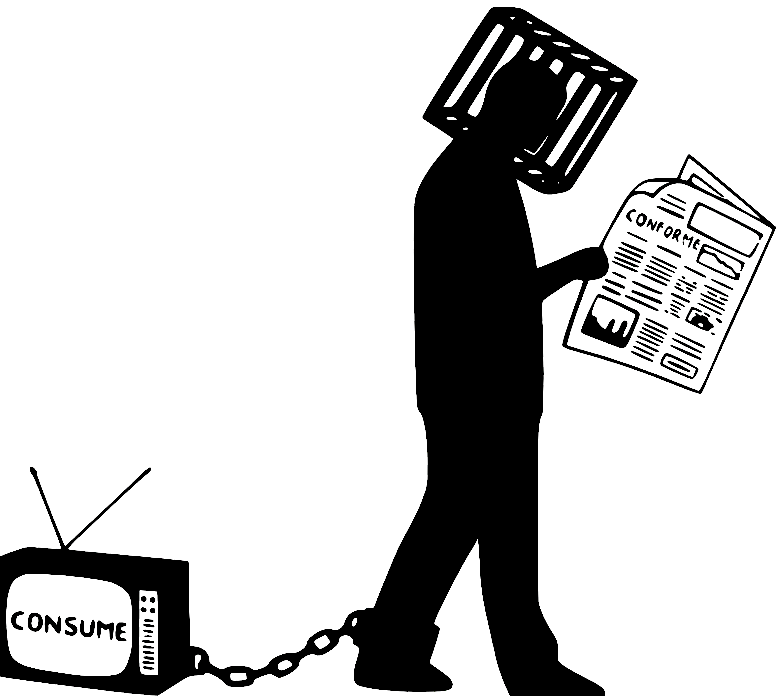 The Associated Press has published yet another article based on unevidenced assertions by anonymous government officials about the scary horrifying frightening Russian menace, this time to accuse another media outlet of promoting propaganda. Without a trace of irony.

“U.S. intelligence officials on Tuesday accused a conservative financial news website with a significant American readership of amplifying Kremlin propaganda and alleged five media outlets targeting Ukrainians have taken direction from Russian spies,” AP reports. “The officials said Zero Hedge, which has 1.2 million Twitter followers, published articles created by Moscow-controlled media that were then shared by outlets and people unaware of their nexus to Russian intelligence. The officials did not say whether they thought Zero Hedge knew of any links to spy agencies and did not allege direct links between the website and Russia.”

“The officials briefed The Associated Press on the condition of anonymity to discuss sensitive intelligence sources,” AP adds, repeating the refrain we’re all familiar with now which is always used to justify a complete absence of evidence or accountability for incendiary claims about governments the United States doesn’t like.

So @joebiden’s spooks are smearing random websites as Russian agents if they challenge White House warmongering and lies. A direct government attack on free speech. https://t.co/AK79MPdldp

You have to scroll down to the 11th paragraph for some examples of the “Kremlin propaganda” that Zero Hedge is accused of “amplifying.” These turn out to be entirely innocuous objections to Western imperial narratives that were “written by people affiliated with the Strategic Culture Foundation,” an outlet the Biden administration sanctioned last year “for allegedly taking part in Russia’s interference in the 2020 U.S. election.”

“Recent articles listed as authored by the foundation and published by Zero Hedge include those with the headlines: ‘NATO Sliding Towards War Against Russia In Ukraine,’ ‘Americans Need A Conspiracy Theory They Can All Agree On’ and ‘Theater Of Absurd… Pentagon Demands Russia Explain Troops On Russian Soil,’” writes AP’s Nomaan Merchant.

You can read those three articles AP lists by clicking here, here and here respectively. Decide for yourself if these are sinister foreign psyops which require the urgent attention of the most powerful intelligence agencies in the world acting in concert with one of the most influential news agencies on earth, or if they are not in fact relatively reasonable opinions which only stand out because they fall outside the Overton window of what’s considered acceptable debate in the tightly controlled spectrum of mainstream political discourse.

For its own part, Zero Hedge says that “this website has never worked, collaborated or cooperated with Russia, nor are there any links to spy (or any other) agencies.” The Associated Press offers no evidence or arguments to the contrary.

Now We've Done It: We Pissed Off The CIA https://t.co/I87aaJrmO3 pic.twitter.com/FsgnSENsQE

Zero Hedge happens to be one of the numerous outlets who periodically avail themselves of my open offer for anyone to republish my work free of charge if they want to, and what’s funny is I was just the other day noticing the number of views they get when they do so and marveling that the U.S. narrative control machine hasn’t done a better job of reducing their audience.

I’ve disagreed with plenty of things I’ve seen published in Zero Hedge. I’ve also seen a lot of very useful information which is highly inconvenient for the U.S.-centralized empire. It’s that exact kind of information that the empire has been working very hard to marginalize and minimize amid widespread public access to the internet.

The U.S. government is not actually worried about Russian propaganda. The U.S. government is worried about people disrupting U.S. propaganda. Every day we’re offered new reasons why it’s important to regulate what online materials are seen by people, from fake news clickbait to Russian propaganda to Covid misinformation to foreign trolls to domestic extremism to election security, and the only thing they all have in common is that the solution is a more tightly regulated internet. At a certain point you can only conclude it is internet regulation itself that they are after, in the same way you’d conclude after a stranger kept offering you different reasons why you should let him hold your wallet that he’s really just after your wallet.

Whoever controls the narrative controls the world. The ability to control the thoughts people have about what’s going on in their world is the only thing standing between the oppressive, exploitative status quo and revolutionary change. The powerful understand this while the general public do not. There is nothing, literally nothing, they wouldn’t be willing to do in order to ensure their control over dominant narratives.

When they warn about Russian propaganda causing people to think wrong thoughts in their heads, they are so close to admitting the truth that they’re all acutely aware of: that human minds are very hackable, and that this can be used to advance the interests of power.

Protecting this narrative control mechanism is the first and foremost priority of our ruling power structures, because it’s what all their other control mechanisms are built upon. That’s a major part of why the media have been acting so strangely these last few years, and it’s a major part of why everything seems so weird and why so many people feel like they’re going a bit crazy when they try to understand the world.

Right now, we’re looking at a race. Between humanity trying to awaken from the psychological cages that have been constructed for us, and the builders of those cages trying to finish tightening those bolts so they can lock down our minds forever.