Warmongering is always disgusting, writes Craig Murray. But especially so when it’s done by the same powers that have abandoned an entirely sensible framework for peace in Ukraine that they themselves initiated. 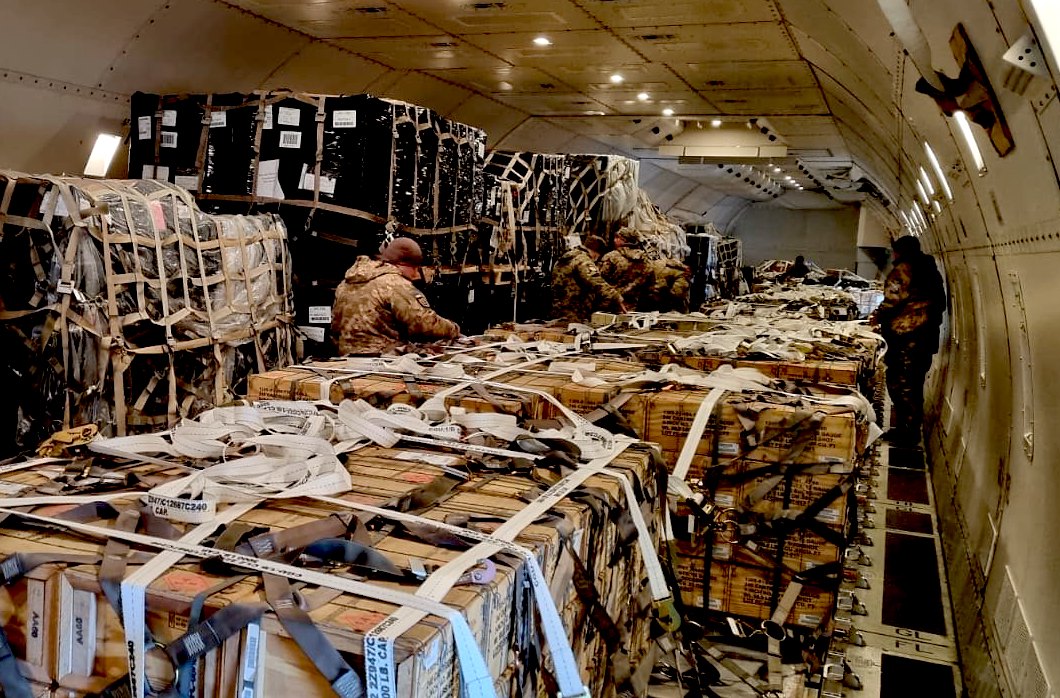 The mainstream media is, without exception, repeating the unevidenced claim from the Biden administration that Russia is about to invade Ukraine. They do this with no proper journalistic questioning or skepticism. They do this despite the fact that, in the last month, not only have we had repeated cries that invasion is “imminent,” we have had specific secret intelligence sourced claims from the Americans, that a Russian staged false flag attack was about to happen, and from the British, that there was about to be a coup in Kiev led by very minor figures. Both claims turned out to be nonsense.

Perhaps more pertinently, the media do this as though the invasion of Iraq had never happened and they had never before been misled by U.S. and U.K. governments, citing intelligence sources.

A couple of nights ago I watched the press review of that day’s papers on both Sky and BBC News. They showed all of the front pages, all of which repeated, without qualification, the warning that Russia will invade in the next few days. The discussion, like the news output all day, took the accuracy of this as certain.

Wars are of course good for the media; wars bring news viewers and sell newspapers. They are also very good for the arms industry. Pity the poor arms manufacturers and arms dealers, who haven’t had a really full-throated NATO military action since Libya. Massacring women and children in Yemen and through drone strikes throughout Middle East and Asia is a nice little business, but nothing like as profitable as proper all-out war. 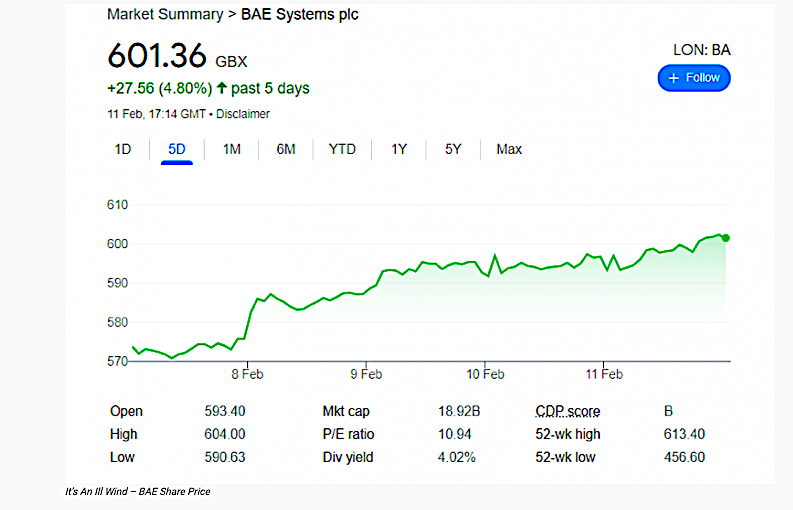 A BBC reporter on Radio 4 recently stated that the U.S. was sending troops to the Baltic States and elsewhere in Eastern Europe “to deter Russian aggression.” What a stupid thing to say. The “aggressive” Russian forces are inside Russia. The American troops are 5,000 miles from home.

One swallow doth not a summer make; I was hopeful that this reporter’s following example might lead others to engage their brains, but that was fanciful:

It is interesting that a number of people lost their jobs for not supporting the Iraq War, both in the media and civil service. Greg Dyke lost the leadership of the BBC, because the BBC had questioned the non-existence of the Iraqi weapons of mass destruction. David Kelly was murdered for giving them information.

But not one single person suffered any career detriment at all for supporting the Iraq War and for spreading the lying narrative of the Iraqi WMD. In the U.K., former Prime Minister Tony Blair, his Foreign Minister Jack Straw and press spokesman Alistair Campbell are treated as gurus by the media. The journalists who now shill for war with Russia are precisely the same journalists who shilled for war with Iraq. Why would they not push fake intelligence now, when pushing fake intelligence then boosted their careers, as they enabled so many of the powerful to get richer still from war? 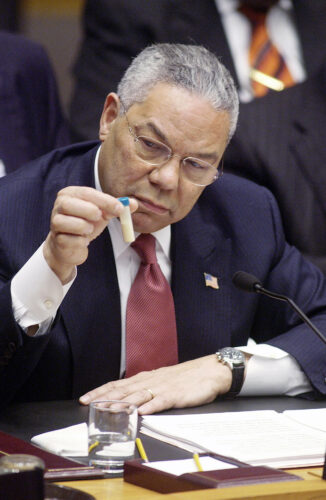 The U.K.’s “Dirty dossier” on Iraqi WMD consisted more or less entirely, where it used intelligence sources, of declassified human intelligence rather than signals intelligence. “Human intelligence” simply means something an informant told us, usually for large sums of cash. The “intelligence” on Iraqi WMD did exist — there was no shortage at all of Iraqi colonels willing to make up stories about WMD in return for briefcases full of dollars or krugerrands. What Blair and Straw did, with the practical help of fellow war criminals like Sir Richard Dearlove and Sir John Scarlett, was to ignore the filters that assess such “intelligence” for credibility, in favor of presenting the picture the government wished to show to the world to justify war.

Signals intelligence, by contrast, is communications intercept, and is generally more accurate (though of course there can be planted misleading communications).

I can tell you that the U.S. National Security Agency, or NSA, has shared with the U.K.  Government Communications Headquarters, or GCHQ, no communications intelligence that indicates an imminent Russian attack.

As those two deeply integrated agencies share everything, this “imminent attack” knowledge is therefore human intelligence, like the Iraq dossier. Alternatively, it is simply a surmise from satellite and other monitoring of the movement of Russian assets.

U.S. President Joe Biden and U.K. Prime Minister Boris Johnson both have an interest in stoking the fires of conflict to try to improve (well deserved) terrible poll ratings at home. NATO has an interest in promoting Cold War, its traditional raison d’etre. The disastrous results of NATO’s attempts to expand its role in Afghanistan and Libya have led to the organization needing an apparent success.

All these Western political interests see a win-win over Ukraine, because when Russian President Vladimir Putin does not invade, they can claim it is a victory and that they forced Putin to back down.

There is a real problem here. By taunting Putin with the position that Johnson and Biden will claim Putin lost if he does not invade, they are effectively daring him to invade.

This is terrible diplomacy, unless the U.S. and U.K. actually want a war — and that takes us back again to the interests of the military and security services and the arms industry.

I maintain the view that Putin is far too wily to be pushed into an invasion. If Putin really wished to escalate matters, he would be much more likely to cut gas supplies than to invade Ukraine. There are two points to make on this.

Firstly, Ukraine is said to be less dependent now on Russian gas because, rather than buy direct from Russia, it buys from third countries. But it is still Russian gas, which is being sold on by another state merely on paper. The multi-invoicing may provide some diplomatic cover and some protection against price sanction, but not against the tap being turned off.

There remains much else Putin can do before invading. NATO’s ultra-aggressive attitude to Russia, insisting on encircling it with missile systems ever creeping closer, is unlikely to be changed in the short term. But Russia has already achieved the exodus of many NATO “trainers” diplomats and nationals from Ukraine in the last few days.

While the West was looking the wrong way, Putin has also, with a tiny use of troops, greatly increased Russian influence in Kazakhstan, a massively resource rich country. That may well prove to be the most important diplomatic move of the year.

As for Ukraine itself, I annoyed some Putin fans when I posited that Russia’s annexation of Crimea was a pyrrhic victory for Putin. After 30 years of contention, it swung Kiev much more firmly into the Western diplomatic orbit and made the coup of 2014 irreversible, when it had been shaky.

The Minsk Agreements appear to be a very sensible way forward in Ukraine; in fact, the principles embodied in the Minsk agreements appear to be essential to a settlement. They are really very simple, covering Ukraine gaining control of its borders, devolution and a high degree of autonomy for the Russian speaking areas in the east, disarmament and the withdrawal of all foreign forces and mercenaries from Ukraine, release of prisoners and an amnesty. 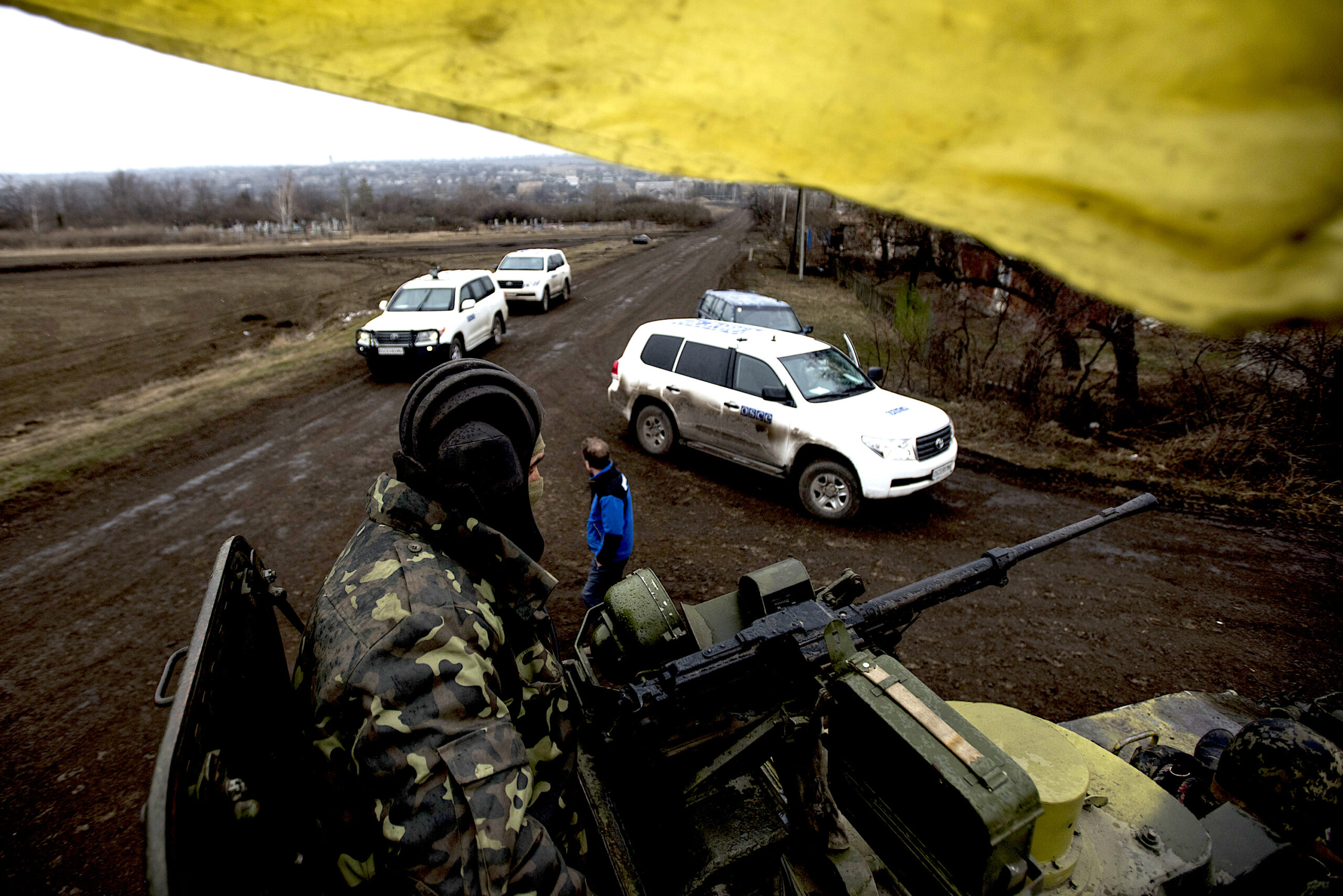 The Western media ignores or dismisses the Minsk agreements. But these were negotiated by the Organization for Security and Cooperation in Europe, of which both the U.K. and the U.S. are members, together with Russia and Ukraine. They were lodged with the United Nations as a binding international agreement.

The second Minsk Agreement fleshes this out a little

The Minsk Agreements were endorsed by the UN Security Council. The U.K. and U.S. are therefore obliged in law to support them. Yet they have abandoned them in favor of the highly intransigent position of the government of Ukraine in refusing to accept any devolution to administrations in Eastern Ukraine. Instead the Ukrainian government insists on a highly centralized Ukrainian nationalist state.

I choked on my tea a few days ago when a BBC correspondent reported that Ukraine could never implement the Minsk Agreements, because it could result in some pro-Putin MPs being elected to the Ukrainian parliament from the eastern areas. Remember that when they tell you they are starting a war for democracy.

Western warmongering is always disgusting, but still the more so when it involves abandonment of an entirely sensible framework for peace which they themselves initiated. The press and politicians all want a war. We have been here before, and we know that neither the people nor the truth can stop them.