Benjamin Norton reports on the meeting in Beijing between China’s Xi and Russia’s Putin designed to deepen the integration of the two Eurasian superpowers. 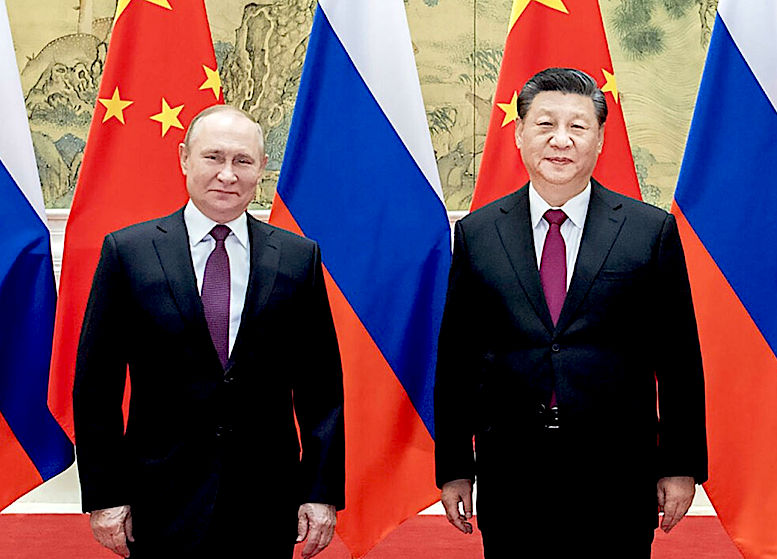 Feb. 4, 2022 may very well be remembered in history textbooks as an important date in the shift of global politics.

That day was not only the inauguration of the XXIV Olympic Winter Games in Beijing; it also saw a historic meeting between the presidents of China and Russia.

Xi Jinping and Vladimir Putin signed a series of important economic and political agreements, deepening the integration of the two Eurasian superpowers.

Among these was a major 30-year deal in which Russia will supply gas to China via a new pipeline, with both sides of the energy transfers managed by state-owned companies. And in a sign of their mutual efforts to challenge the dominance of the U.S. dollar, they decided to settle the sales in euros.

Following the Xi-Putin reunion, the Chinese and Russian governments released a lengthy joint statement declaring a “new era” of multipolarity, proposing a new international political model that will leave behind the unipolar hegemonic order dominated by Washington.

At more than 5,000 words in length, the joint declaration was in some ways a kind of manifesto. It was obviously carefully drafted before the meeting, and it clearly defined the contrasting ideological lines of the new cold war: On one side is the United States and its NATO allies, which are defending a status quo based on unilateralism and interventionism (that is to say, imperialism); on the other side are China, Russia, and their allies, which are building a new system rooted in multilateralism and sovereignty.

“The world is going through momentous changes, and humanity is entering a new era of rapid development and profound transformation,” the joint statement declared.

In this “new era,” a “trend has emerged towards redistribution of power in the world,” the Eurasian powers wrote. That center of power is no longer concentrated in the capitals of trans-Atlantic Western colonialist powers; the East and the South have risen.

Beijing and Moscow could hardly have been any more straightforward in what they were proposing as an alternative: they “condemn[ed] the practice of interference in the internal affairs of other states for geopolitical purposes,” and instead called “to establish a just multipolar system of international relations,” using the word “multipolar” four times, and “multilateral” 11 more. 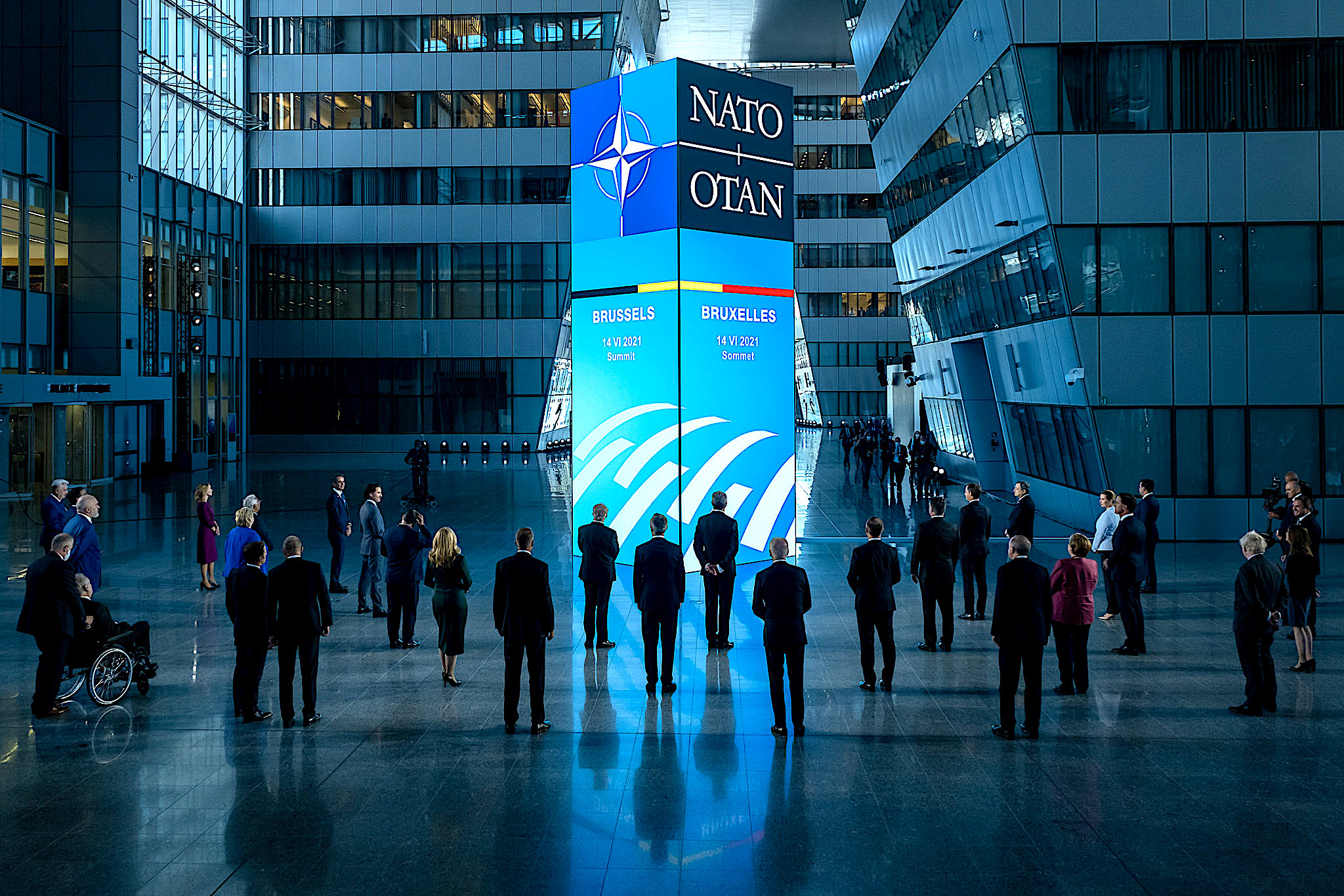 The historic Chinese-Russian statement was marked by its appeal for de-escalation, and its insistence that NATO must stop expanding and “abandon its ideologized cold war approaches, to respect the sovereignty, security and interests of other countries.”

The fact that the joint statement employed such language (it warned three times of the U.S.-led bloc’s “cold war” mentality) is an obvious acknowledgement by the Eurasian powers that Washington is waging a second cold war, and that it seeks nothing less than the overthrow of the governments in Beijing and Moscow.

Former Secretary of State Mike Pompeo made this goal clear as day in a bellicose 2020 speech at the Richard Nixon library, in which he declared, “We, the freedom-loving nations of the world, must induce China to change.” The former CIA director insisted, “Securing our freedoms from the Chinese Communist Party is the mission of our time.”

Then in 2021, NATO’s de facto think tank the Atlantic Council published “The Longer Telegram,” modeled after the “long telegram” of cold warrior George Kennan, who crafted U.S. containment policy toward the Soviet Union. The Longer Telegram stated that Chinese President Xi must be replaced and Beijing should be forced “to conclude that it is in China’s best interests to continue operating within the U.S.-led liberal international order rather than building a rival order.”

The governments in Beijing and Moscow are closely following these developments, and can see where they are headed. The statement they released on Feb. 4 was their joint response, calling “for the establishment of a new kind of relationships between world powers on the basis of mutual respect, peaceful coexistence and mutually beneficial cooperation,” instead of conflict.

It is no coincidence that this meeting between Xi and Putin in Beijing — their first face-to-face reunion since the beginning of the Covid-19 pandemic — and the accompanying joint statement also came at a time of heightened tensions between NATO and Russia.

The manufactured crisis in Ukraine in late 2021 and early 2022, coupled with the Western bloc’s flagrant refusal to acknowledge any of Moscow’s security concerns, showed that NATO believes it has the right to permanently expand and militarily encircle Russia.

So while the joint declaration requested de-escalation, “reiterat[ing] the need for consolidation, not division of the international community, the need for cooperation, not confrontation,” it also emphasized that Beijing and Moscow are prepared to defend themselves.

The Eurasian powers stressed “that the new inter-State relations between Russia and China are superior to political and military alliances of the [first] Cold War era.”

In an unambiguous reference to the foreign policy of the United States, the Chinese-Russian joint statement declared that Washington’s policies of unilateralism and interference only represent a “minority” and must end:

“Some actors representing but the minority on the international scale continue to advocate unilateral approaches to addressing international issues and resort to force; they interfere in the internal affairs of other states, infringing their legitimate rights and interests, and incite contradictions, differences and confrontation, thus hampering the development and progress of mankind, against the opposition from the international community.”

Beijing and Moscow juxtaposed these interventionist practices of U.S. imperialism with a proposal of multipolarity and “well-being for all”:

“[China and Russia] call on all States to pursue well-being for all and, with these ends, to build dialogue and mutual trust, strengthen mutual understanding, champion such universal human values as peace, development, equality, justice, democracy and freedom, respect the rights of peoples to independently determine the development paths of their countries and the sovereignty and the security and development interests of States, to protect the United Nations-driven international architecture and the international law-based world order, seek genuine multipolarity with the United Nations and its Security Council playing a central and coordinating role, promote more democratic international relations, and ensure peace, stability and sustainable development across the world.”

The declaration’s use of the phrase “international law-based world order” was important, because it was a rejection of the vague “rules-based international order” that the U.S. government has tried to impose on the world.

China’s and Russia’s ambassadors to the United States published a joint article in November 2021 that emphasized a similar point, writing:

The February Chinese-Russian statement echoed much of what the ambassadors wrote in November, while further fleshing out the Eurasian perspective.”

Both declarations strongly defended democracy, but in a more comprehensive, expanded definition of the term that reflects real people’s democracy, not just a superficial system in which “people are only awakened when casting their votes and sent back to hibernation when the voting is over.”

In a strident rejection of the “liberal interventionist” ideology of the U.S. government, the Chinese-Russian statements condemned the cynical “abuse of democratic values and interference in the internal affairs of sovereign states under the pretext of protecting democracy and human rights.” 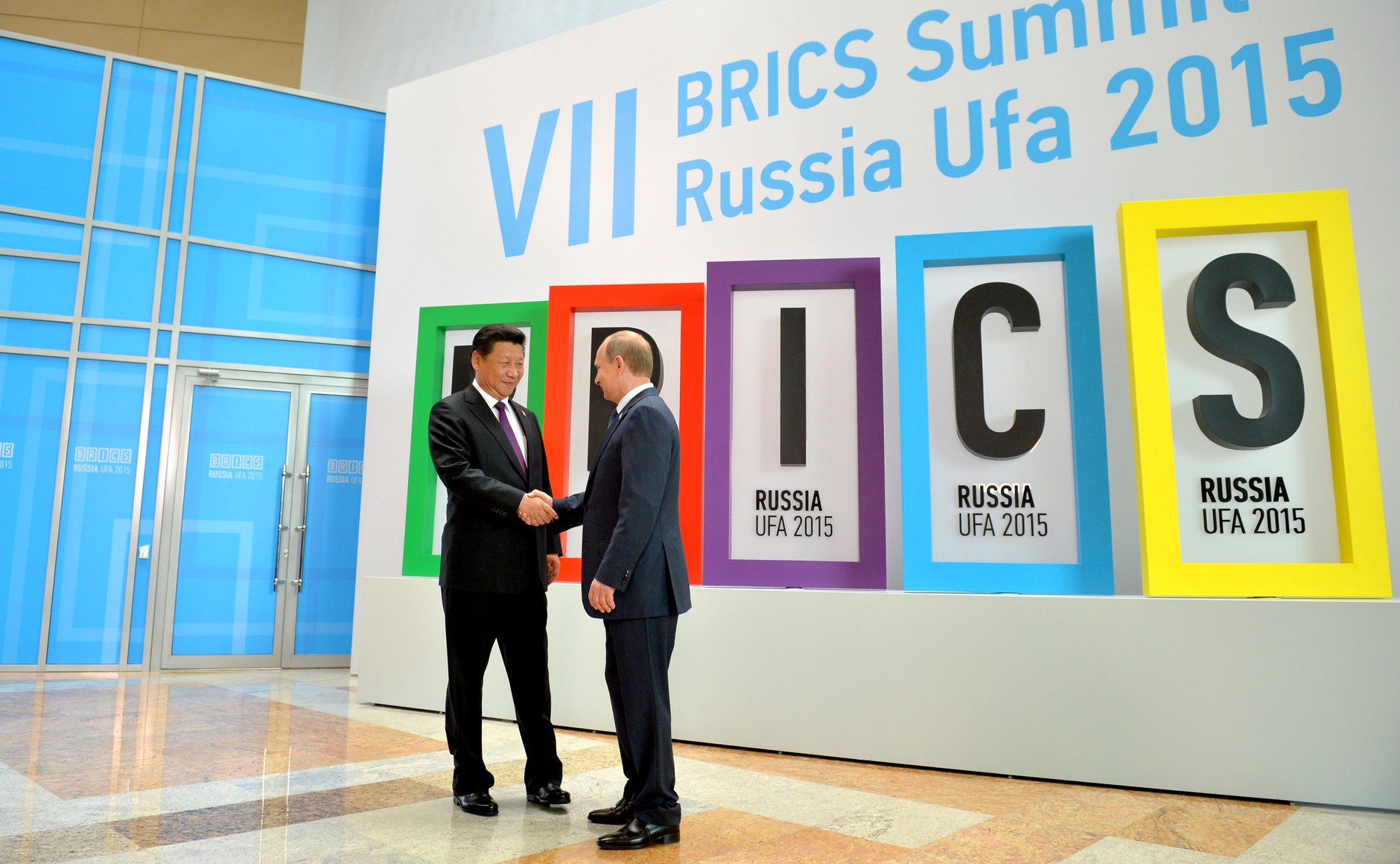 Beijing and Moscow hope to defend concepts like multilateralism, non-interference, and respect for national sovereignty by democratizing and strengthening international institutions such as the U.N., BRICS, Shanghai Cooperation Organization, and Eurasian Economic Union.

Beijing and Moscow likewise wrote that they “aim to comprehensively strengthen the Shanghai Cooperation Organization (SCO) and further enhance its role in shaping a polycentric world order based on the universally recognized principles of international law, multilateralism, equal, joint, indivisible, comprehensive and sustainable security.”

Moreover, the Eurasian powers said they “support the deepened strategic partnership within BRICS,” the framework bringing together Brazil, Russia, India, China, and South Africa, to “promote the expanded cooperation in three main areas: politics and security, economy and finance, and humanitarian exchanges.”

“The sides are seeking to advance their work to link the development plans for the Eurasian Economic Union [EAEU] and the Belt and Road Initiative with a view to intensifying practical cooperation between the EAEU and China in various areas and promoting greater interconnectedness between the Asia Pacific and Eurasian regions.

The sides reaffirm their focus on building the Greater Eurasian Partnership in parallel and in coordination with the Belt and Road construction to foster the development of regional associations as well as bilateral and multilateral integration processes for the benefit of the peoples on the Eurasian continent.”

Following the meeting between Presidents Xi and Putin on Feb. 4, China’s Foreign Ministry published a readout summarizing the main points of their discussions.

“The two sides have taken an active part in the reform and development of the global governance system, followed true multilateralism, safeguarded the true spirit of democracy, and served as a bulwark in mobilizing global solidarity at these trying times and upholding international fairness and justice.”

The Chinese readout stressed this call for “international fairness and justice,” repeating the phrase three times.

Emphasizing the importance of “upholding sovereignty” and “defending sovereignty and territorial integrity,” Beijing added that the Eurasian powers must “effectively counter external interference” — an obvious reference to U.S. meddling and regime-change operations.

The message of the statements published by Beijing and Moscow could not have been clearer: the era of U.S. unipolar hegemony is dead, and the world is now in a “new era” with an international order based on multipolarity and principles of non-interference.

In making these declarations, the Eurasian powers were drawing an ideological line in the sand. The world already knew what political and economic model Washington, Brussels, and NATO are offering, but now it can clearly see what China and Russia are posing as an alternative.

Benjamin Norton is a journalist, writer, and filmmaker. He is the founder and editor of Multipolarista, and is based in Latin America. // Benjamín Norton es un periodista, escritor, y cineasta. Es fundador y editor de Multipolarista, y vive en Latinoamérica.

This article is from  Multipolarista.com.