The invisible evidence presented by the United States that Russia is plotting a provocation to justify an invasion of Ukraine is that the government says so. 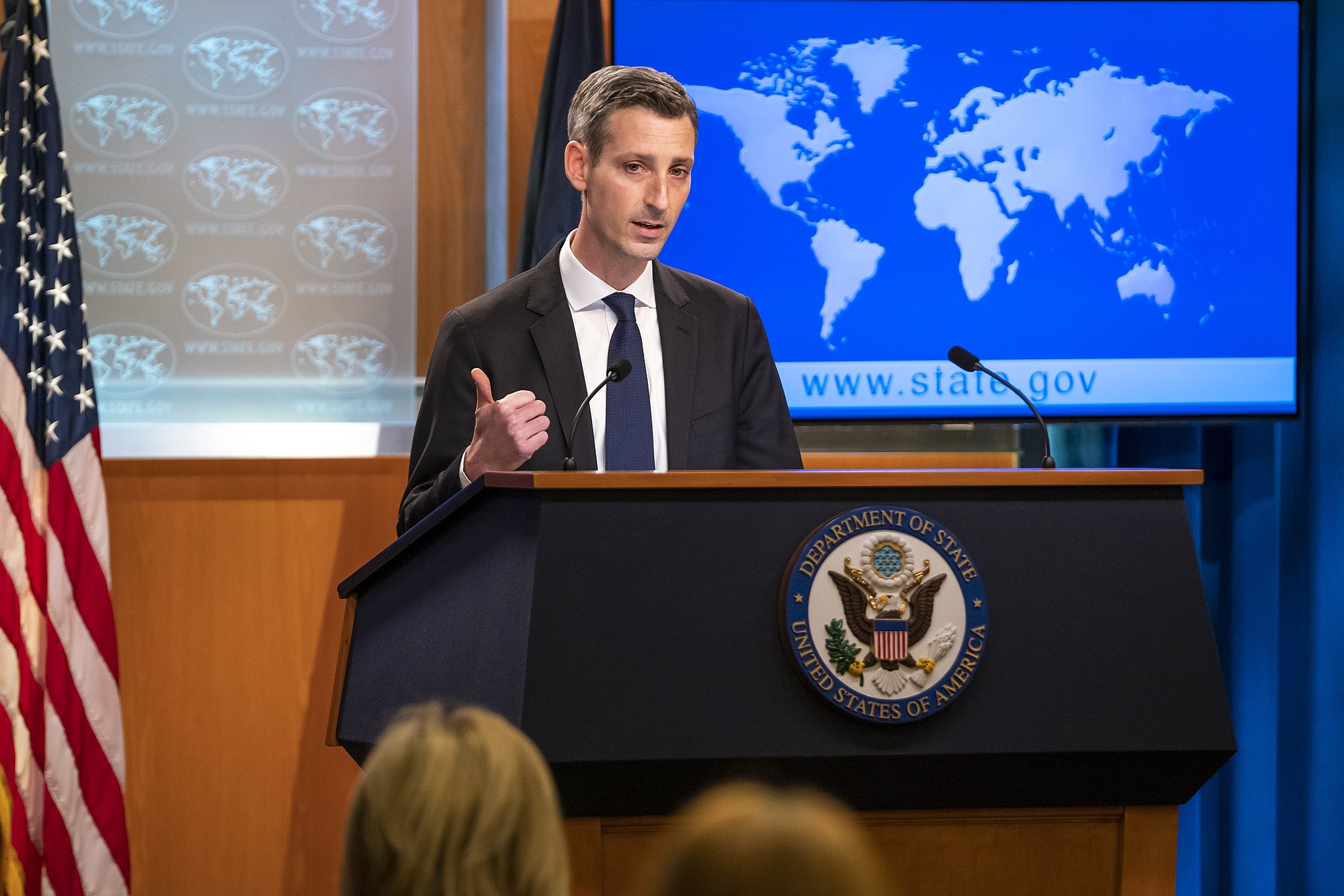 The western media are still blaring headlines on Friday about a “revelation” by the U.S. government which does not actually reveal anything because it contains nothing but empty narrative fluff.

“U.S. reveals Russian plot to use fake video as pretense for Ukraine invasion,” reads a headline from CBS News.

“U.S. reveals Russia may plan to create fake pretext for Ukraine invasion,” claims another from The Hill.

The claim is that the Russian government is plotting to fabricate a false flag operation using a graphic video with crisis actors in order to manufacture a pretense for a full-scale military invasion. State Department Spokesman Ned Price and AP reporter Matt Lee had an exchange about this claim at a Thursday press conference that you simply must watch if you haven’t already.

Price said that the evidence is “intelligence information that we have declassified,” and when Lee asked where the declassified information was Price looked at him like he just asked the stupidest question in the world and said, “I just delivered it.”

Refusing to relent, Lee kept hammering the point that a completely unsubstantiated assertion is not the same as evidence especially given all the government assertions that have proved not to be true over the years. [Lee pointed out that the U.S. had said there were WMD in Iraq and that Kabul would not fall.]

“Matt, you said yourself you’ve been in this business for quite a long time,” Price replied. “You know that when we make information, intelligence information public, we do so in a way that protects sensitive sources and methods.”

Ahh, so the evidence is secret. It’s top secret evidence, to protect “sensitive sources and methods”. It sure is convenient how all the evidence of immensely consequential claims made by a government with an extensive history of lying is always far too sensitive for the public to be permitted to scrutinize.

This is the kind of evidence you can’t see. The evidence is invisible.

Secret, Invisible Evidence Of Russian Hacking Is Not Actually Evidence

“You also know that we do so, we declassify information only when we’re confident in that information,” Price continued. “If you doubt the credibility of the U.S. government, of the British government of other governments and wanna, you know, find solace in information that the Russians are putting out, that’s for you do to.”

So if you doubt the credibility of governments with a very well-documented history of lying about exactly this sort of thing, you’re at best a useful idiot of Vladimir Putin and at worst a Kremlin operative yourself.

Yep, sounds legit. That’s definitely the sort of thing government officials say when they feel like they’re being truthful.

NSA whistleblower Edward Snowden tweeted about the exchange, “This is wild. The State Department’s spokesman can’t comprehend why the Associated Press feels the need to distinguish between a claim and a fact, and becomes visibly offended—and then angered—by the suggestion that his claims may require evidence to be accepted as credible.”

Wild indeed. Assertions are not evidence. A government declassifying itself making an unsubstantiated assertion is not “declassifying” anything. This is not the sort of behavior anyone would accept from anyone else, except perhaps a televangelist or a cult leader, but it’s already being treated as truth by U.S. and British politicians.

But if I’m the most powerful institution in the world and have an extensive history of lying about exactly the sort of claim I just made, that’s considered fine and normal within the mainstream western orthodoxy.

13 comments for “Caitlin Johnstone: US Again Tries Passing Off Government Assertions As Evidence”