The Washington Post blasted Vladimir Putin for shutting down the National Endowment for Democracy in Russia, but left out NED’s U.S. government funding, its quasi-C.I.A. role, and its regime change aim in Moscow, wrote Bob Parry on July 30, 2015. 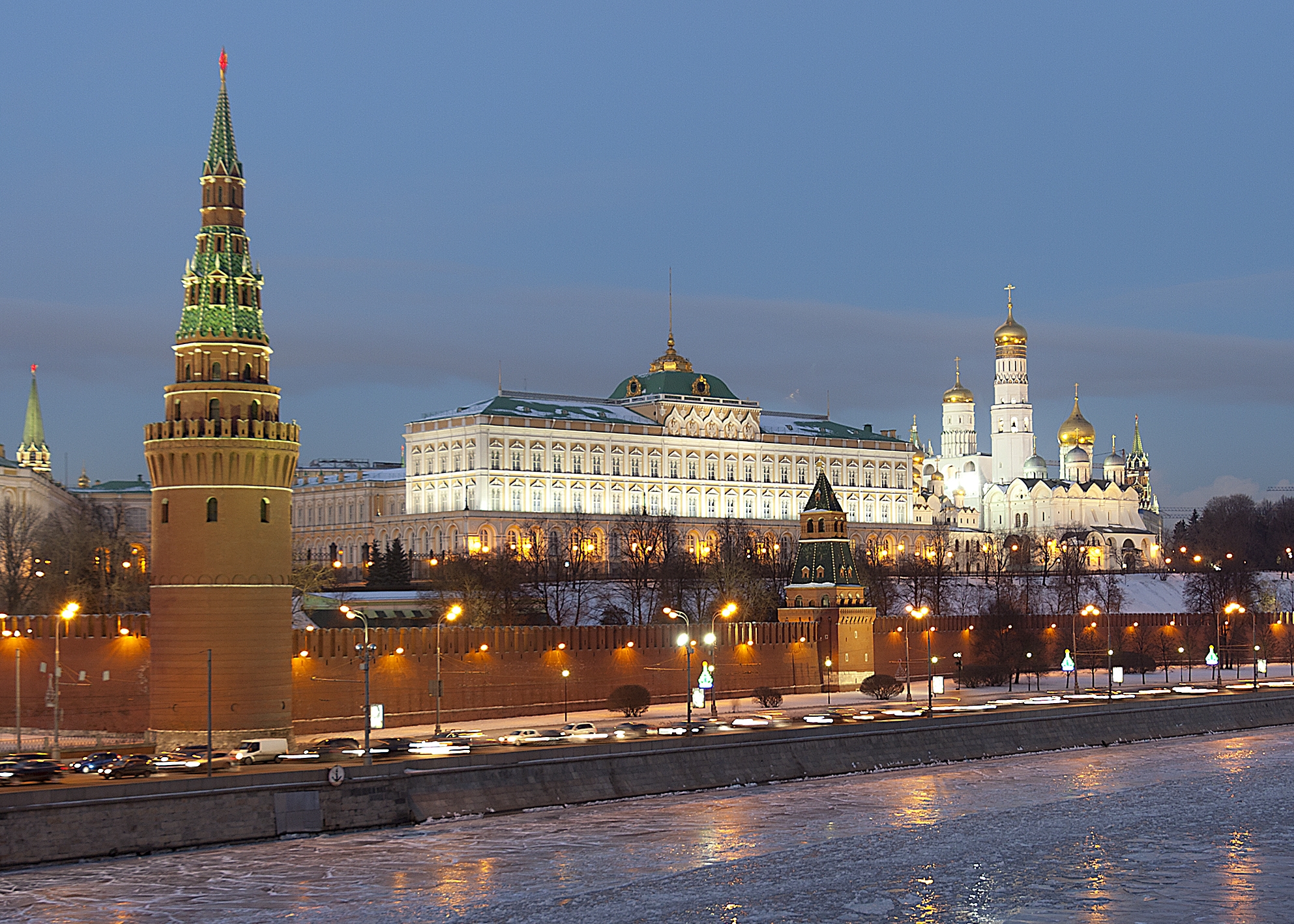 The Washington Post’s descent into the depths of neoconservative propaganda willfully misleading its readers on matters of grave importance apparently knows no bounds as was demonstrated with two deceptive articles regarding Russian President Vladimir Putin and why his government is cracking down on “foreign agents.”

If you read the Post’s editorial and a companion op-ed by National Endowment for Democracy President Carl Gershman, you would have been led to believe that Putin is delusional, paranoid and “power mad” in his concern that outside money funneled into non-governmental organizations represents a threat to Russian sovereignty.

The Post and Gershman were especially outraged that the Russians have enacted laws requiring NGOs financed from abroad and seeking to influence Russian policies to register as “foreign agents” and that one of the first funding operations to fall prey to these tightened rules was Gershman’s NED.

The Post’s editors wrote that Putin’s “latest move, announced Tuesday, is to declare the NED an ‘undesirable’ organization under the terms of a law that Mr. Putin signed in May. The law bans groups from abroad who are deemed a ‘threat to the foundations of the constitutional system of the Russian Federation, its defense capabilities and its national security.’

“The charge against the NED is patently ridiculous. The NED’s grantees in Russia last year ran the gamut of civil society. They advocated transparency in public affairs, fought corruption and promoted human rights, freedom of information and freedom of association, among other things. All these activities make for a healthy democracy but are seen as threatening from the Kremlin’s ramparts.

The new law on ‘undesirables’ comes in addition to one signed in 2012 that gave authorities the power to declare organizations ‘foreign agents’ if they engaged in any kind of politics and receive money from abroad. The designation, from the Stalin era, implies espionage.”

But there are several salient facts that the Post’s editors surely know but don’t want you to know. The first is that NED is a U.S. government-funded organization created in 1983 to do what the Central Intelligence Agency previously had done in financing organizations inside target countries to advance U.S. policy interests and, if needed, help in “regime change.”

The secret hand behind NED’s creation was C.I.A. Director William J. Casey who worked with senior C.I.A. covert operation specialist Walter Raymond Jr. to establish NED in 1983. Casey from the C.I.A. and Raymond from his assignment inside President Ronald Reagan’s National Security Council focused on creating a funding mechanism to support groups inside foreign countries that would engage in propaganda and political action that the C.I.A. had historically organized and paid for covertly.

To partially replace that C.I.A. role, the idea emerged for a congressionally-funded entity that would serve as a conduit for this money. 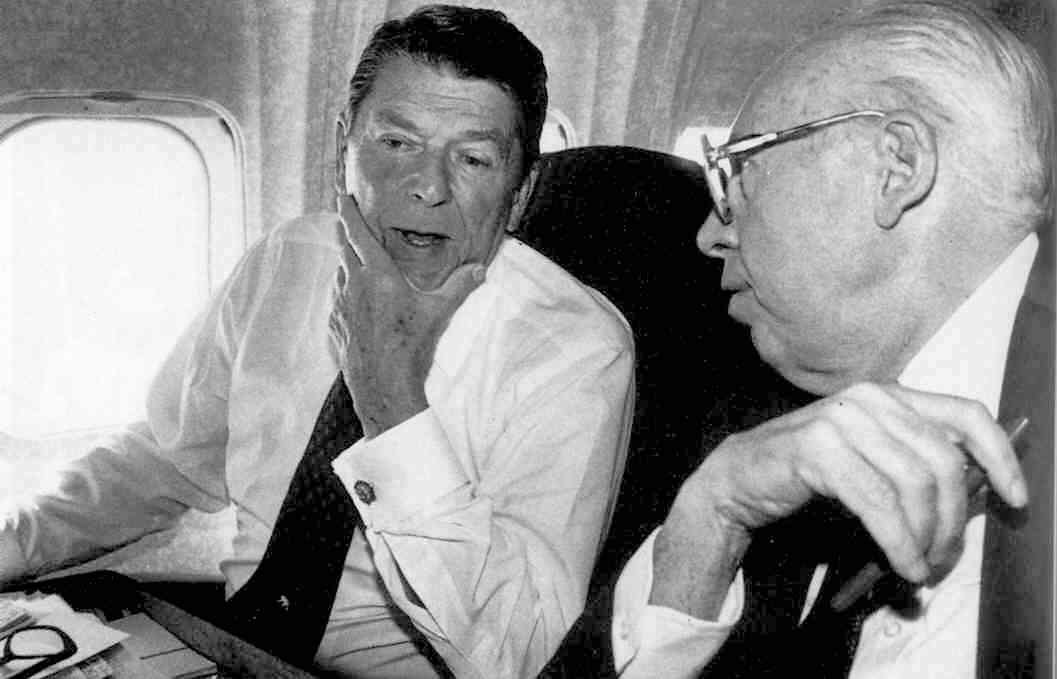 But Casey recognized the need to hide the strings being pulled by the C.I.A. “Obviously we here [at C.I.A.] should not get out front in the development of such an organization, nor should we appear to be a sponsor or advocate,” Casey said in one undated letter to then-White House counselor Edwin Meese III as Casey urged creation of a “National Endowment.”

The National Endowment for Democracy took shape in late 1983 as Congress decided to also set aside pots of money, within NED, for the Republican and Democratic parties and for organized labor, creating enough bipartisan largesse that passage was assured. But some in Congress thought it was important to wall the NED off from any association with the C.I.A., so a provision was included to bar the participation of any current or former C.I.A. official, according to one congressional aide who helped write the legislation. [Updated Code of Federal Regulations.]

This aide told me that one night late in the 1983 session, as the bill was about to go to the House floor, the C.I.A.’s congressional liaison came pounding at the door to the office of Rep. Dante Fascell, a senior Democrat on the House Foreign Affairs Committee and a chief sponsor of the bill. The frantic C.I.A. official conveyed a single message from C.I.A. Director Casey: the language barring the participation of C.I.A. personnel must be struck from the bill, the aide recalled, noting that Fascell consented, not fully recognizing the significance of the demand.

The aide said Fascell also consented to the Reagan administration’s choice of Carl Gershman to head the National Endowment for Democracy, again not recognizing how this decision would affect the future of the new entity and American foreign policy. Gershman, who had followed the classic neoconservative path from youthful socialism to fierce anticommunism, became NED’s first (and, to this day, only) president. [Damon Wilson became the second president in June 2021.]

Though NED is technically independent of U.S. foreign policy, Gershman in the early years coordinated decisions on grants with Raymond at the NSC. For instance, on Jan. 2, 1985, Raymond wrote to two NSC Asian experts that “Carl Gershman has called concerning a possible grant to the Chinese Alliance for Democracy (CAD). I am concerned about the political dimension to this request. We should not find ourselves in a position where we have to respond to pressure, but this request poses a real problem to Carl.”

Currently, Gershman’s NED dispenses more than $100 million a year in U.S. government funds to various NGOs, media outlets and activists around the world. The NED also has found itself in the middle of political destabilization campaigns against governments that have gotten on the wrong side of U.S. foreign policy. For instance, prior to the February 2014 coup in Ukraine, overthrowing elected President Viktor Yanukovych and installing an anti-Russian regime in Kiev, NED was funding scores of projects. 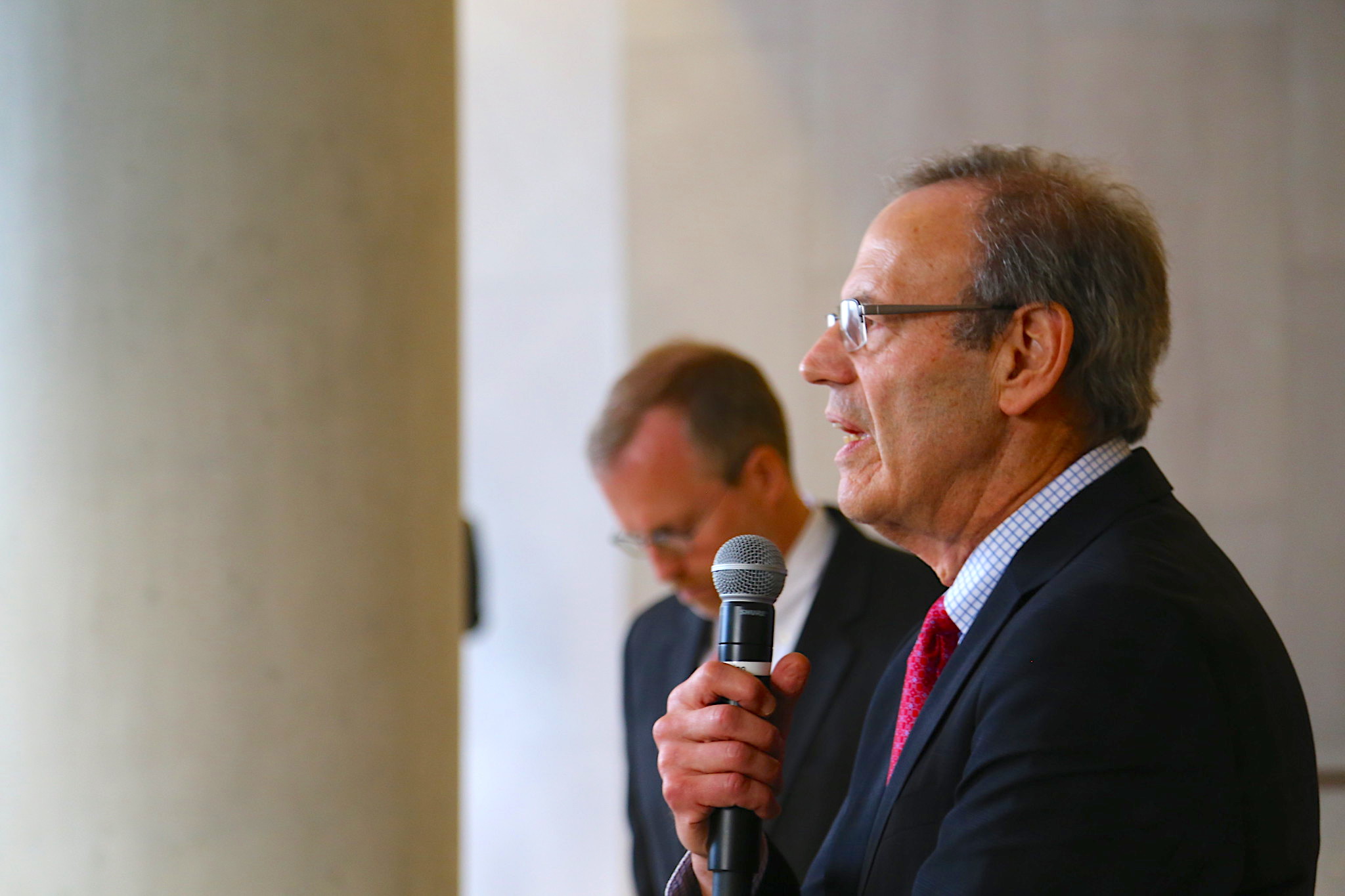 A second point left out of the Post’s editorial was the fact that Gershman took a personal hand in the Ukraine crisis and recognized it as an interim step toward regime change in Moscow. On Sept. 26, 2013, [months before the coup in Kiev,] Gershman published an op-ed in The Washington Post that called Ukraine “the biggest prize” and explained how pulling it into the Western camp could contribute to the ultimate defeat of Russian President Putin. Gershman wrote:

“Ukraine’s choice to join Europe will accelerate the demise of the ideology of Russian imperialism that Putin represents. Russians, too, face a choice, and Putin may find himself on the losing end not just in the near abroad but within Russia itself.”

In other words, NED is a U.S. government-financed entity that has set its sights on ousting Russia’s current government.

A third point that the Post ignored is that the Russian law requiring outside-funded political organizations to register as “foreign agents” was modeled on a U.S. law, the Foreign Agent Registration Act. In other words, the U.S. government also requires individuals and entities working for foreign interests and seeking to influence U.S. policies to disclose those relationships with the U.S. Justice Department or face prison. [In 2016, the U.S. required journalists at RT and Sputnik to register as foreign agents.]

If the Post’s editors had included any or all of these three relevant factors, you would have come away with a more balanced understanding of why Russia is acting as it is. You might still object but at least you would be aware of the full story. By concealing all three points, the Post’s editors were tricking you and other readers into accepting a propagandistic viewpoint that the Russian actions were crazy and that Putin was, according to the Post’s headline, “power mad.”

But you might think that Gershman would at least acknowledge some of these points in his Post op-ed, surely admitting that NED is financed by the U.S. government. But Gershman didn’t. He simply portrayed Russia’s actions as despicable and desperate.

“Russia’s newest anti-NGO law, under which the National Endowment for Democracy on Tuesday was declared an ‘undesirable organization’ prohibited from operating in Russia, is the latest evidence that the regime of President Vladimir Putin faces a worsening crisis of political legitimacy,” Gershman wrote, adding:

“This is the context in which Russia has passed the law prohibiting Russian democrats from getting any international assistance to promote freedom of expression, the rule of law and a democratic political system. Significantly, democrats have not backed down. They have not been deterred by the criminal penalties contained in the ‘foreign agents’ law and other repressive laws. They know that these laws contradict international law, which allows for such aid, and that the laws are meant to block a better future for Russia.”

The reference to how a “foreign agents” registration law conflicts with international law might have been a good place for Gershman to explain why what is good for the goose in the United States isn’t good for the gander in Russia. But hypocrisy is a hard thing to rationalize and would have undermined the propagandistic impact of the op-ed.

So would an acknowledgement of where NED’s money comes from. How many governments would allow a hostile foreign power to sponsor politicians and civic organizations whose mission is to undermine and overthrow the existing government and put in someone who would be compliant to that foreign power?

Not surprisingly, Gershman couldn’t find the space to include any balance in his op-ed and the Post’s editors didn’t insist on any.

7 comments for “ROBERT PARRY: Why Russia Shut Down NED Fronts”