People who leap to embrace pro-Western arguments against imperial-targeted governments rarely consider anything that opposes the TV news. 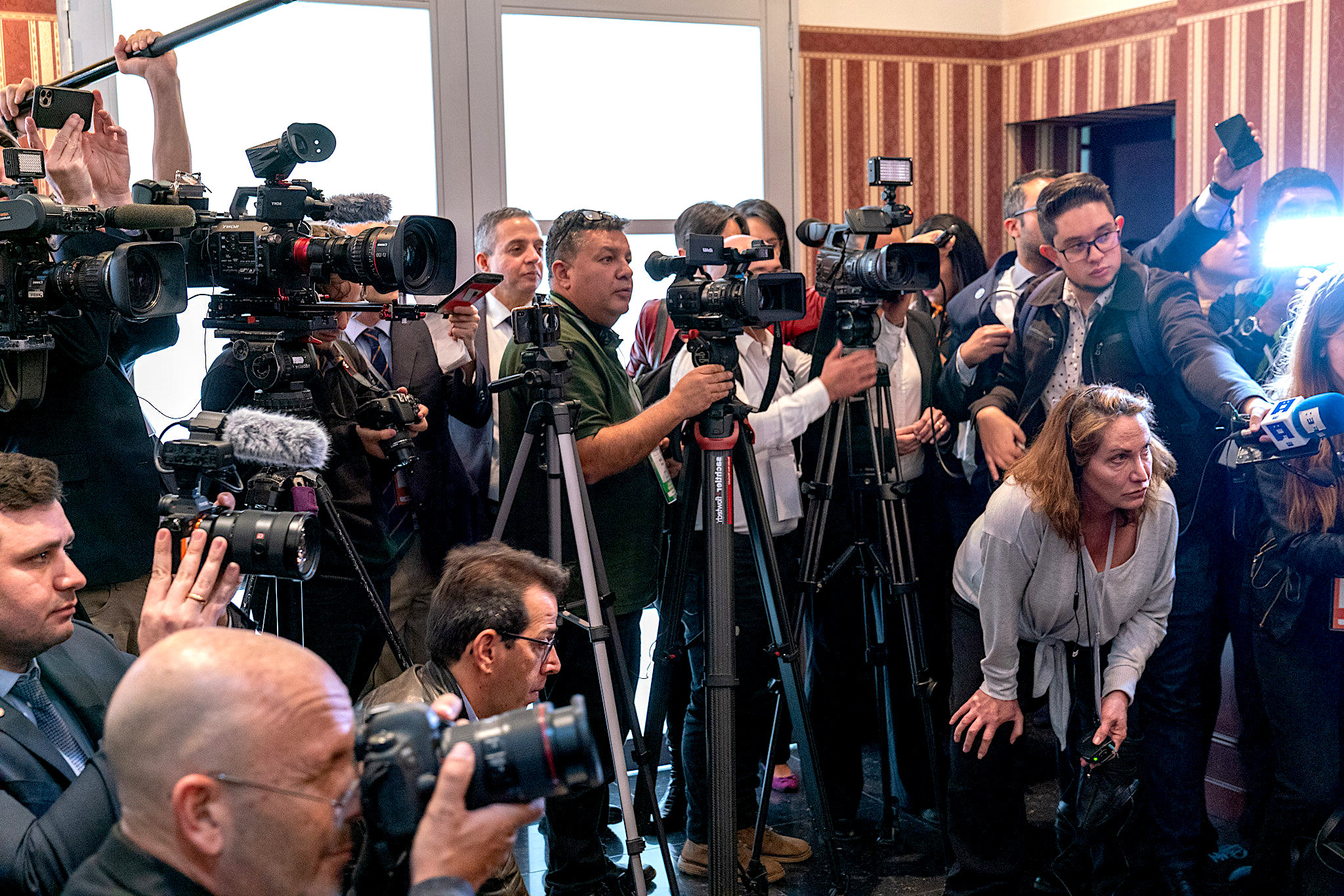 Jan. 20, 2020: Press in Bogotá, Colombia, covering the meeting of U.S. Secretary of State Michael Pompeo and Juan Guaidó, who had been designated by Washington as the interim president of Venezuela. (State Department, Ron Przysucha)

Lately when people react with shock and indignation that I would dare to dispute a claim made by the Western political/media class about an empire-targeted government, I’ve taken to simply asking them what reading they’ve done on the other side of the issue. What are some articles they’ve read arguing against the official Western narrative about that government?

It’s a question that can be applied to any disputed Western narrative about any government the U.S.-centralized empire doesn’t like. Russia is engaging in aggressive provocations. Syria’s President Bashar al-Assad is using chemical weapons. There’s a genocide in Xinjiang. Iran is developing nuclear weapons. Venezuela’s President Nicolás Maduro is deliberately starving his people. Whatever’s the Official Imperial Line of the Day about the Official Bad Guy of the Day.

What I’ve found interesting about this exercise is that while I would’ve correctly predicted that those questioned had done zero research into the opposing viewpoints of the issue they’re commenting on, I would probably not have predicted the brazenness with which they’ll admit it. Very often they’ll come right out and express incredulity at the very idea that any such counter-arguments could even exist, skipping right past any pretense that they may have read them or even made any effort to find them.

When they do this, even before I provide them with links to counter-arguments against whatever issue we’re discussing, they have already lost the argument. They have already admitted that they’ve done no real research into whether or not the Western narrative they just swallowed is actually true; they just believed what they were told because someone told them to believe it. They swallowed an imperial narrative about an empire-targeted government with zero gag reflex, just as people did in the lead-up to the Iraq war.

At that point it’s been established that, at least as far as the subject under discussion goes, they are no better informed than any average consumer of TV news. Because they have made no effort to find and review arguments and evidence that go against the TV news narrative. 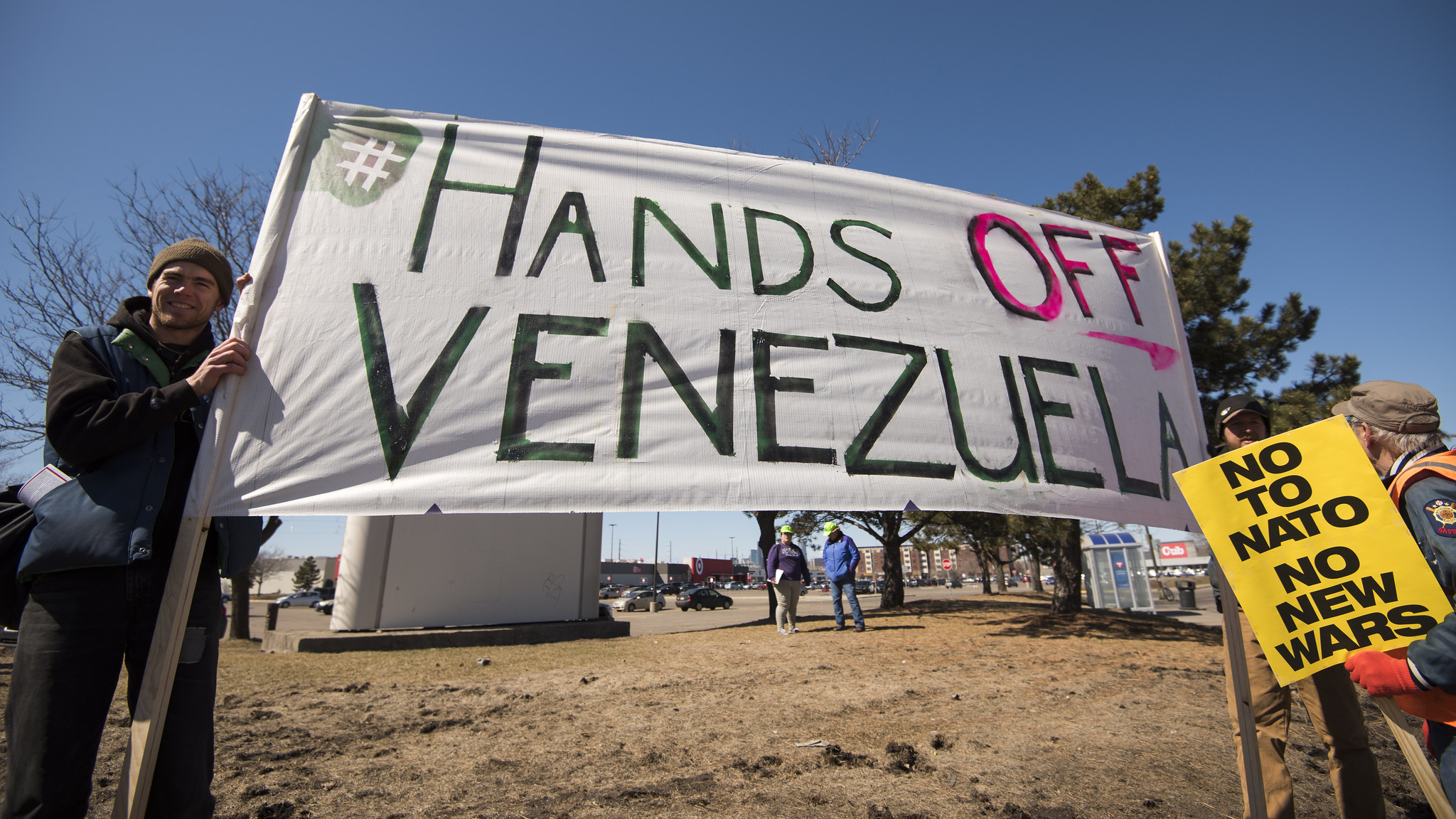 There are always counter-arguments against Western criticisms of empire-targeted governments. They are not difficult to find once you’ve decided you want to find them, as long as you’re open to venturing outside your own self-reinforcing echo chamber. They’re not always great arguments. They don’t always leave the empire-targeted government in question looking perfectly innocent. And they generally won’t be found in The New York Times, The Wall Street Journal or any other Western outlet that consistently protects and promotes Western imperialist narratives. But they are there, and unless you have reviewed their arguments and evidence and given them a good deal of consideration, you’re in no position to pretend you know anything about the subject under discussion.

This same principle applies to “conspiracy theories” as well, both for and against. If you haven’t reviewed the evidence for and against a given theory, then unless it’s something that’s self-evidently absurd at a casual glance it would be silly and asinine for you to take a confident position on it one way or the other. This also applies to arguments for and against measures that have been implemented and could potentially be implemented in response to Covid-19.

It’s very easy to select a position on an issue which conforms to your ideological preferences and your understanding of the world. It’s much harder to sincerely dedicate yourself to finding out whether or not something is true, or whether the truth of the matter is a lot less certain than the talking heads in the Western news media are making it seem. But it’s the only way you can really have a legitimate position on such matters.

This should be a widespread and common-sense understanding, and it is to everyone’s detriment everywhere that it isn’t.

← NAT PARRY: ‘My Father Would Be Proud’
THE ANGRY ARAB: How Mossad Helps Arab Despots →