The film depicts a society gone mad, just like the real one, writes Joe Lauria. 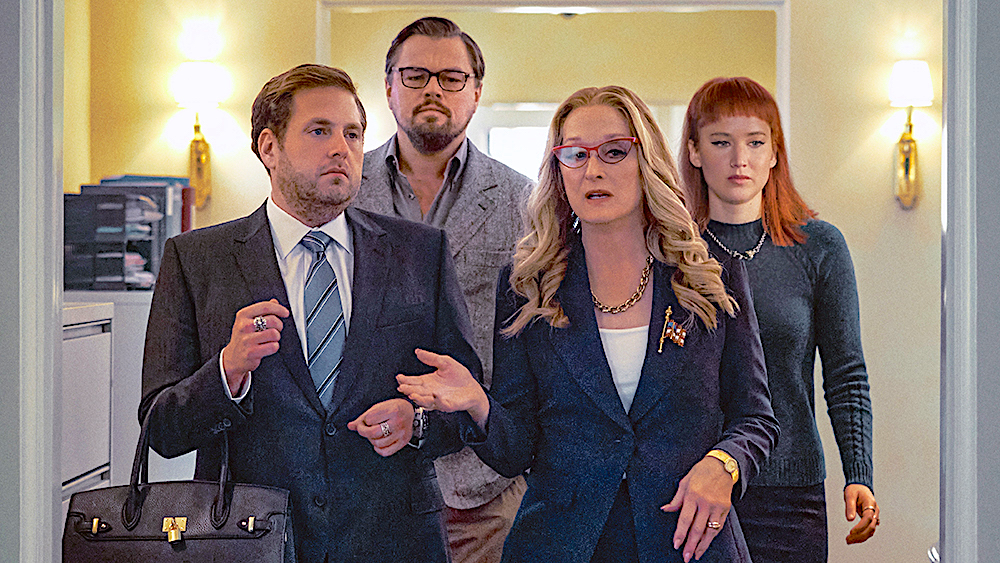 The biggest mistake that the new film Don’t Look Up makes is to bill itself as a comedy. It isn’t really funny at all. Instead it is deadly serious and chilling as it accurately depicts how American society would react to a real, existential crisis.

First, such a crisis would be ignored in favor of celebrity news, then it would be scorned, science would be belittled, millions of people on social media would not believe it even when the establishment accepted it was true and then the corporate-controlled government would find a way to prevent mankind from being saved in favor of making a profit. 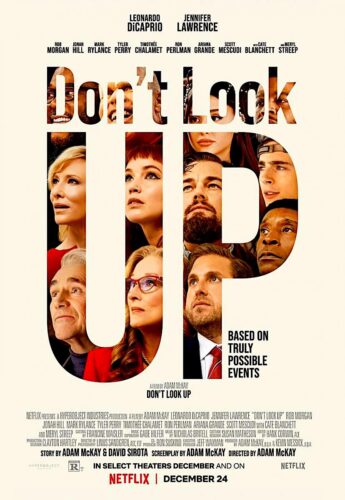 The film uses an impending, life-destroying comet headed directly to earth as a metaphor for the much slower, but not slow-enough, existential threat of climate catastrophe. There are many people who do not believe climate change is real, climate science is scorned, celebrity news drowns out climate news and other serious topics and corporate control of government, namely the fossil fuel industry, is preventing mankind from being saved in favor of making a profit.

NASA says the possibility of a comet directly hitting earth is at least 100 years off. In the meantime, it has a space program,  Double Asteroid Redirection Test (DART), test launched just two weeks ago, that would send spacecraft towards threatening asteroids to deflect them off course.

This method is portrayed in the film as the first attempt at salvation, until a creepy figure, clearly a composite of Elon Musk, Steve Jobs and Jeff Bezos, convinces the U.S. president, played by Meryl Streep, to call it off. The billionaire in the film is the president’s top donor and is worshiped the way those three real billionaires are, as visionaries — and not just the profit-driven businessmen that they are.

Streep’s Trump-like president gets away with previously taboo behavior, loved by her hard-right, working class fans, but is driven by winning elections and getting her nominees approved, like any president.

A manipulated and debased public is prone to revolt each time they realize they are being duped. In the meantime, their ill-informed and herd-like presence on social media is constant and menacing.

It’s a society gone mad, just like the real one.

The film’s top stars — Streep, Leonardo DiCaprio, Cate Blanchett and Jennifer Lawrence — have helped catapult Don’t Look Up to the number one film on Netflix just days after its Christmas Eve release.

The story is by Adam McKay and David Sirota and directed by McKay.

As a “comedy” audiences can just laugh it off. But we laugh at our own peril.

← Chris Hedges: PEN America Uncoils Rope to Get Assange
What We Do With Your Donations →

49 comments for “‘Don’t Look Up’ Is No Laughing Matter”