The PBS NewsHour invited on just about the worst person in the U.S. government to help Americans understand the crisis in Ukraine, writes Mike Madden.

U.S. Undersecretary of State for Political Affairs Victoria Nuland, who choreographed the 2014 coup that overthrew Ukraine’s democratically-elected government and set the current crisis in motion, was invited by PBS NewsHour on Dec. 7 to explain the standoff in Ukraine.

Typical of Western media, the story began with Russia’s involvement in eastern Ukraine and the annexation of Crimea, which took place in March 2014. The crisis actually began a week earlier with the violent overthrow of democratically-elected President Viktor Yanukovych on Feb. 22, 2014. While accusations flew of Russian aggression, invasion and annexation, there was not a word about the U.S. instigated coup or Nuland’s role in it.

For the sin of declining a Western aid package loaded with austerity measures, and accepting instead an unencumbered Russian package, Yanukovych became a target for U.S. regime change. Undersecretary Nuland’s role in the coup is essential to the story. 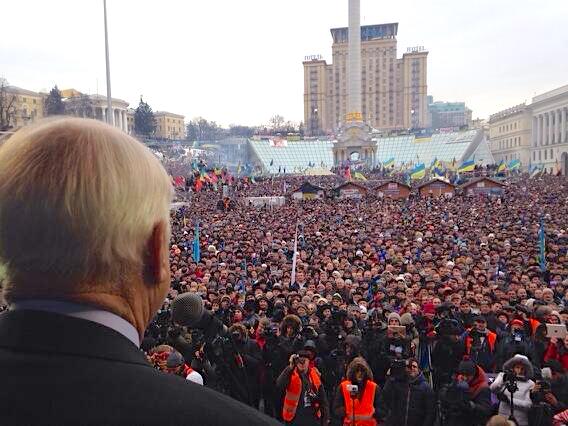 While Senators John McCain and Chris Murphy appeared on-stage in Kiev with far-right opposition leader Oleh Tyahnybok in support of the coup, Nuland and Ambassador Geoffrey Pyatt passed out cookies to anti-government protesters in Maidan Square. This would be like Russian parliamentarians and diplomats coming to Washington to encourage protesters to overthrow the U.S. government.

Behind the scenes, in an intercepted phone call with Pyatt, Nuland can be heard plotting the make-up of a government to succeed that of Yanukovych. “Yats is the guy” she said, referring to Arseniy Yatsenyuk, America’s preferred leader for the Ukrainian people.

Her plan for the other two opposition leaders, Vitali Klitschko and Oleh Tyahnybok, was to keep them out, saying “I don’t think Klitsch should go into the government” and “What he [Yatsenyuk] needs is Klitsch and Tyahnybok on the outside.” As for Europe’s competing interests in the outcome of the affair, she infamously said “Fuck the EU.”

Nuland had told the U.S.-Ukrainian Foundation on Dec. 13, 2013, that Washington had spent $5 billion over a decade to support Ukraine’s “European aspirations,” in other words to pull it away from Russia.

To Nick Schifrin, the dutiful PBS reporter interviewing her, this episode was either not relevant, or an impolitic intrusion upon his esteemed guest. Or he was woefully uninformed.

While the United States was issuing stern warnings of restraint to Yanukovych, neo-Nazi tip-of-the-spear insurrectionists were stockpiling clubs, guns and Molotov cocktails in Maidan Square. With violence rapidly escalating, a deal was brokered between the government and the opposition on Feb. 21, 2014. Yanukovych agreed to immediate power sharing and early elections. In exchange, the opposition agreed to de-escalate the situation on the streets.

The opposition did not disarm as agreed. Smelling blood in the water, they went on the offensive again the next day. They overran security forces and ransacked government buildings. Snipers in opposition-occupied buildings shot police and protesters alike. Ultimately, over 100 people died, including more than a dozen police. Yanukovych and many of his Party of Regions allies fled for their lives. Ukraine’s democratically elected government fell on Feb. 22. 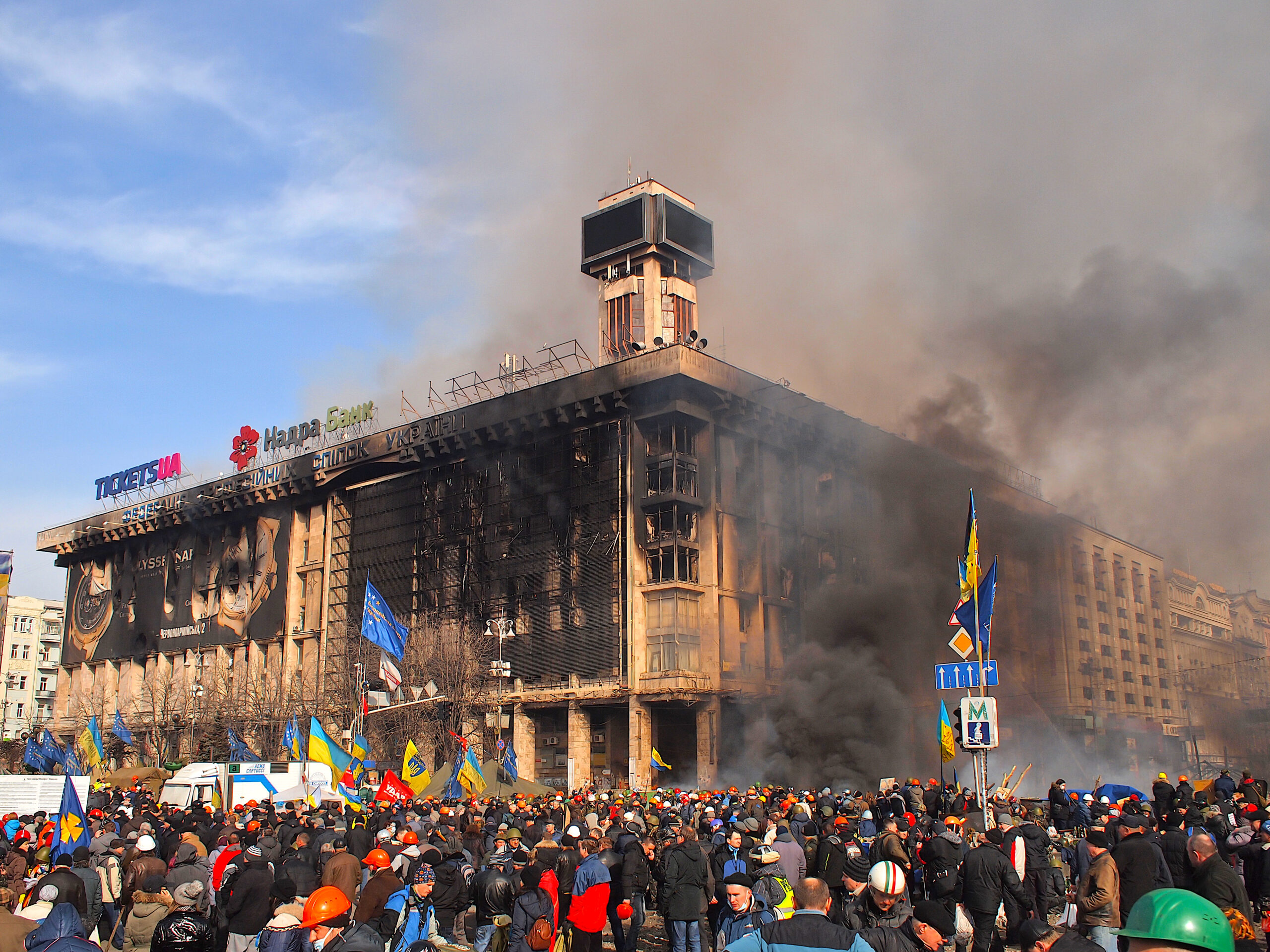 Neither Nuland nor Schifrin acknowledged this date, or any of the described events as contributing to the current crisis. It all fell outside their timeline.

“Yats” was sworn in as prime minister on Feb. 27, 2014. The U.S. now had its government in place. As violent as the coup had been, the real bloodbath was about to begin.

The Donbass region of eastern Ukraine, populated by a large number of ethnic Russians, did not recognize the coup government, whose first act was to outlaw the public use of the Russian language (which it later reversed). The Donbass immediately sought autonomy from Kiev. It saw the U.S.-installed regime as illegitimate and hostile to its interests and culture. In essence, it was defending a democratic election.

In April 2014, the Kiev regime launched “anti-terrorist” military operations against the breakaway provinces. Worse yet, it turned a blind eye to the real terrorists, neo-Nazi paramilitary squads like the Azov Battalion, that moved into the region. A bloody civil war was now underway, instigated by Kiev’s willingness to kill its own people in the Donbass. To date, the war has claimed 14,000 lives.

NATO and U.S. officials said regular units of the Russian military crossed a few kilometers into Ukrainian territory on August 2014, which Russia denied, when the separatist forces had been pushed eastward toward the Russian border and hundreds of civilians had been killed. On Aug. 25, 2014, 10 Russian paratroopers were captured 20 km inside the Ukrainian border.

Nuland called this “Russia’s invasion of eastern Ukraine.” The incursion would be more properly characterized as Russia exercising the liberal interventionists’ favorite Responsibility to Protect doctrine.

As happened in Georgia in 2008, a government militarily attacked its own people and Russia intervened to drive the military forces back and protect the local population. In that 2008 case, a European Union investigation determined that Georgia, not Russia, was the aggressor.

The U.S. had also claimed that Russia “invaded” Crimea in March 2014, when Russia already had troops stationed there under an agreement with Ukraine.  “You just don’t in the 21st century behave in 19th century fashion by invading another country on completely trumped up pre-text,” said U.S. Secretary of State John Kerry, who voted in the Senate for what a real invasion looks like: the 2003 U.S. unprovoked attack on Iraq — on a completely trumped-up pretext. 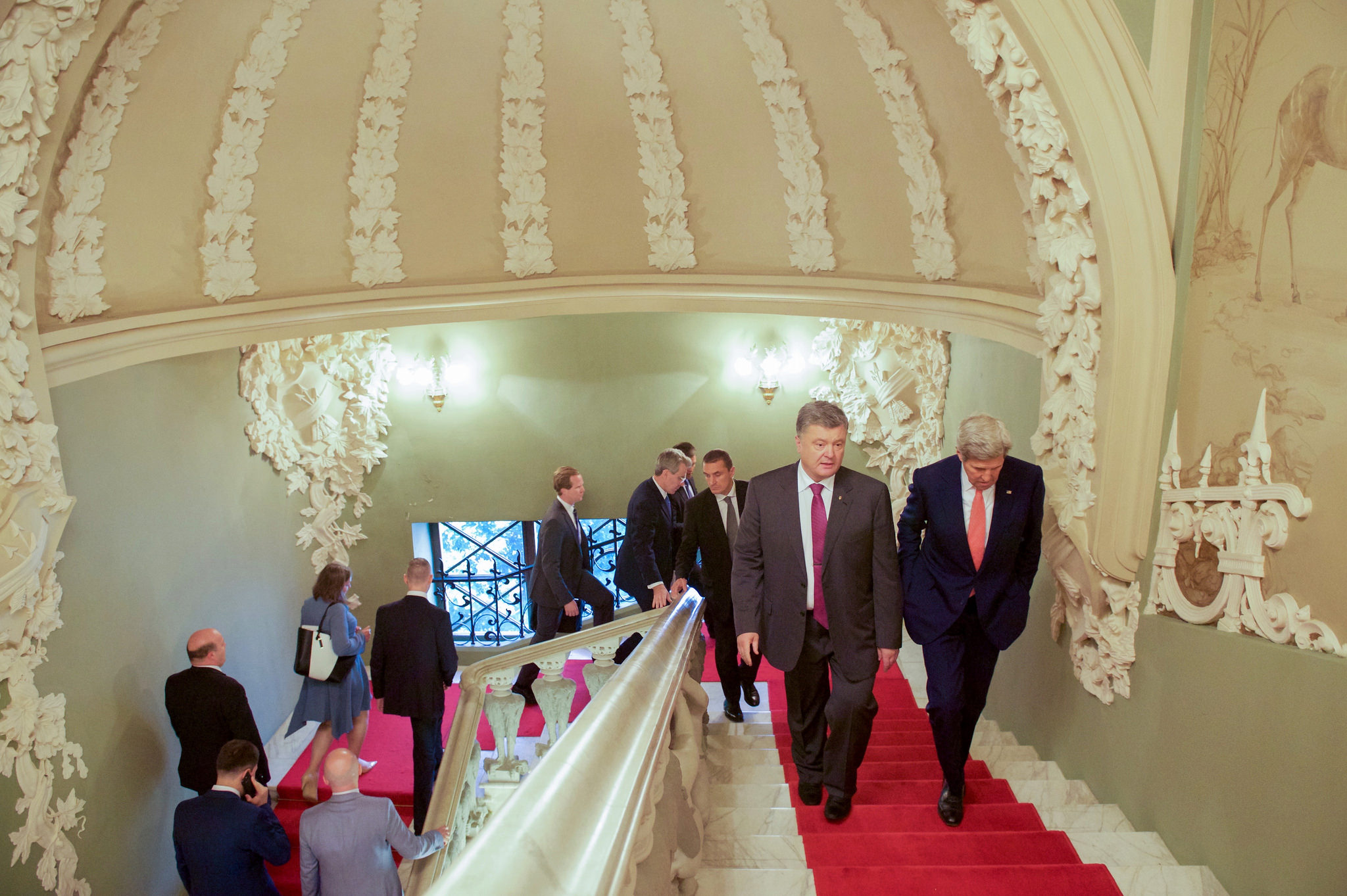 Now there is incessant talk about another Russian invasion, though there was no word when the first one ended. Schifrin told PBS viewers that Russian military drills and a troop build-up today within in its own borders signals that Russia is “ready for escalation,” though it is questionable how many troops there are, and where they are based.

Meanwhile, President Joe Biden’s vow to send more U.S. troops to NATO’s eastern allies; NATO exercises near Russia’s borders and the supply of $450 million in weaponry to Ukraine are presented as the proper order of things: neither threatening, aggressive nor escalatory.

Two key demands by Russian President Vladimir Putin, namely, that Ukraine never host U.S. missiles or join NATO, were dismissed by Nuland saying, “Those are decisions for Ukraine to make and for NATO to make, not for the Kremlin to make.”

Schifrin could have reminded Nuland that the United States promised Russia in 1991 that NATO would not expand east of the newly reunified East and West Germany, but he didn’t. He also could have asked her if stationing missiles on the island of Cuba in 1962 was a sovereign decision to be made by Cuba and the Soviet Union, but he did not.

By excising her outsized role, PBS allowed Nuland to blame the entire crisis today on Russia.

It is clearly not the job of establishment media to challenge powerful government figures in any meaningful way. Its job is to build enmity in its audience toward official state adversaries and to cast government actions in the best possible light. PBS NewsHour has demonstrated that it is very good at its job, indeed.

Mike Madden is a member of Veterans For Peace and resides in Saint Paul, Minnesota.

← MERRY CHRISTMAS FROM CONSORTIUM NEWS
JOHN PILGER: ‘What Newspapers Used to Be’ →

28 comments for “How Not to Explain the Ukraine Crisis”