There was an inevitable conflict in the roles of the Arab television network that inexorably led to its decline, writes As’ad AbuKhalil. 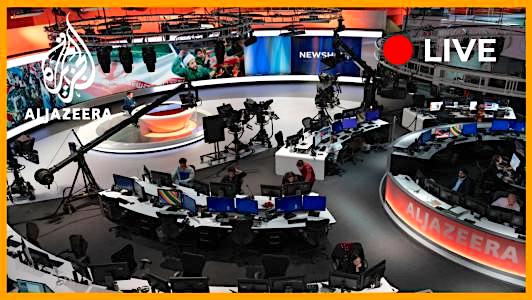 The launch of the Aljazeera television network 25 years ago this month in 1996 was a monumental event in the contemporary history of Arab media. One can easily compare it to the rise of Voice of the Arabs, the Egyptian radio broadcast founded by Gamal Abdel Nasser in Egypt in 1953.

Voice of the Arabs was available on shortwave radio throughout the Arab world, spreading Nasser’s message. No book on that era is complete without a reference to that radio service. It had a tremendous impact on the formation of Arab public opinion for decades until its demise after 1967, when Egyptian media was caught lying to the Arab people about the reality of defeat during the early days of the Arab-Israeli war.

The radio station that articulated the hopes of the Arab nation suddenly stood as a symbol of its incompetence and deception. No media replaced the Voice of the Arabs at the pan-Arab level until the rise of Aljazeera in 1996. Similarity between the two services ends there.

Aljazeera came into existence at a time of regional political instability in the Arabian peninsula. The then emir of Qatar, Hamad bin Khalifa Al-Thani, came to power in 1995, having overthrown his father. That family coup so disturbed the Saudi royal family that they tried to overthrow al-Thani a year later. Riyadh felt that any deviation from the established line of succession would amount to a betrayal of centuries-old traditions that have been key to stable political succession.

(Of course, Saudi Crown Prince Muhammad bin Salman has violated those norms and the lines of succession to make himself the sole successor to his father, King Salman).

Hamad bin Khalifa al-Thani blamed Saudi Arabia for the 1996 counter-coup attempt and began to chart new foreign and defense policies that were directed at the Saudi threat (he justified his invitation to host U.S. troops as a protection against his powerful neighbor).

Aljazeera, which is owned by the Qatari government, was launched with a wide parameter of expression not seen in Arab media before. To be sure, there were red lines: not much was said about oil and gas policies, nor about the monopolies of royal families and the internal politics of Qatar.

As a guest on Aljazeera many times I can attest that the network does not accommodate views that are critical of the Qatari royal family. (My last appearance a decade ago was after I challenged the network on live TV about its preferential treatment of American officials and its attempt to suppress criticisms of Qatari foreign policy.) 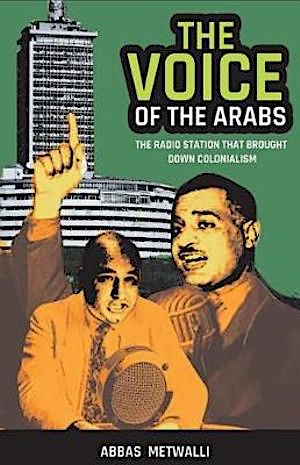 Aljazeera was a huge success and it had no competitors at the time. There was the Saudi-owned media empire, MBC, which was started in London in 1991 by a brother-in-law of King Fahd as the first Arab satellite channel. It was aimed at drawing Arab audiences with silly entertainment and sports shows and with less emphasis on politics: whatever news that was allowed was strictly within the parameters of Saudi foreign policy.

Even TV serials on MBC carry blatant political agendas: either an anti-Shiite message (Al-Faruq, on caliph `Umar Ibn Al-Khattab, for example) or a blatant Zionist message in the serial Um Harun, for example. The latter was the first TV entertainment show to disseminate the Zionist agenda into Arab homes.

Aljazeera gave Arab audiences what they had been waiting for for decades: an Arabic chat and news political channel. A debate show, which brought two opposite political views (Al-Ittijah Al-Mu’akis), was an instant hit. The show was 90-minutes long (Arab audiences don’t suffer from American short attention spans). The presenters became instant celebrities.

Most Arab homes were tuned in to Aljazeera especially when there was a breaking story; the only alternatives to Aljazeera were regime-owned TV stations that were dogmatically propagandistic. It is not that Aljazeera was not serving a propaganda interest of the Qatari regime; but it also provided a wide margin of expression never seen before by Arab audiences.

There was much emphasis in those early years on Saudi Arabia and the channel highlighted human rights abuses there. Not all countries were treated equally, as allies of Qatar received better coverage. But the early managers and editors of the network were secular Arab nationalists and that appealed to many Arabs throughout the world. Even Arab-Americans subscribed to the Dish Network in order to receive Aljazeera broadcasts.

My first appearance on the network in 2001 was to speak about Saudi Arabia. The channel mixed political talk shows and very serious round-ups of news. Experienced and talented correspondents were hired and offices were established around the world. The Arab media scene had never experienced something similar, and themes about Arab unity and nationalism galvanized the audience.

But many Arabs had complaints about the coverage: 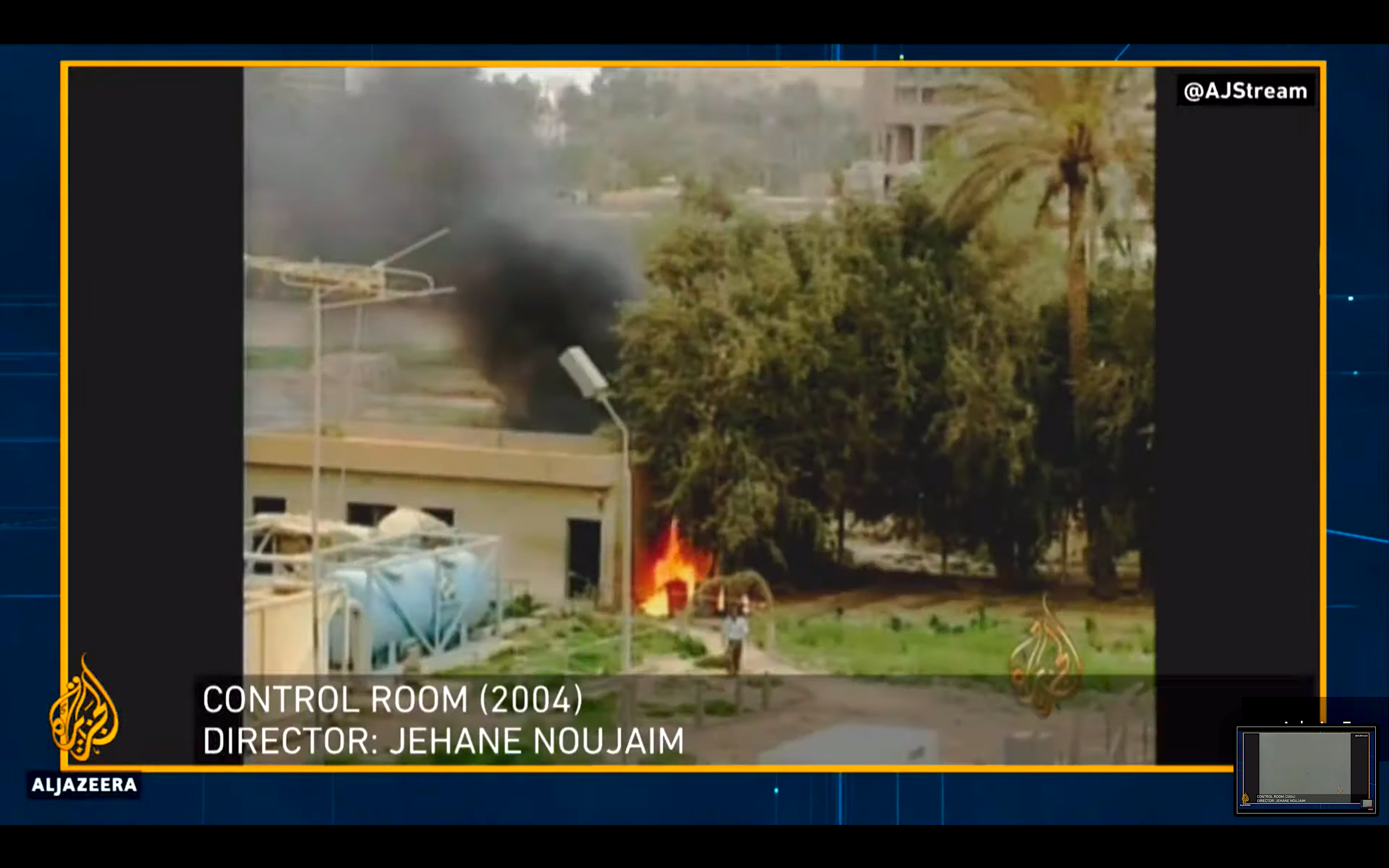 The U.S. government and Arab regimes became alarmed over the increasingly important role of Aljazeera. Offices were banned, but the channel’s broadcasts were hard to censor. Saudi Arabia was most concerned because Saudi dissidents (like Sa`d Al-Faqih) would appear on the channel and call for protests on certain days (surprisingly, there were people who responded to such calls under the repressive regime).

The U.S. (in Congress and the media) became more vocal in their attacks on Aljazeera with journalists and politicians calling for its ban from U.S. cable carriers (the U.S. government routinely bans “undesirable” channels from the U.S. without much opposition from U.S. media).

The Saudi government quickly scrambled to produce its own political propaganda news channel and in March 2003 – just in time to provide favorable coverage of the U.S. invasion of Iraq — Al-Arabiya TV channel was launched to serve Saudi and U.S. interests. The network had a much narrower margin of coverage and only hosted opposition figures form countries that were not aligned with the U.S. and Saudi Arabia.

Aljazeera remained the leading channel although Al-Arabiya gained ground. The U.S. government was very pleased with the new Saudi channel and senior U.S. officials (including president George W. Bush) were made available for interviews, while many U.S. officials boycotted Aljazeera outright.

It was in 2011 that the story of the decline of Aljazeera began. Prior to that in 2008, the Qatari and Saudi governments reconciled and that resulted in much tamer coverage of Saudi Arabia by the network. The Saudi government requested that Saudi opposition figures not be allowed on the network (The Emir of Qatar in 2010 informed me that the Saudi king asked him to ban me from the network).

But the biggest change in the network’s coverage occurred in 2011, when the channel fell under the control of the Muslim Brotherhood and their affiliates. All secular Arab nationalists were pushed out of the station and new religious-oriented staff was brought in. With the beginning of the Arab uprising that year the network dropped all professional pretenses and adopted a more overtly propaganda line in calling for the overthrow of governments where change was favorable to the Muslim Brotherhood (such as in Egypt and Tunisia).

The channel passionately urged the toppling of Egyptian President Hosni Mubarak, but refrained from advocating the overthrow of the King of Bahrain next door. If anything, the network supported the Saudi invasion of Bahrain to crush its rebellion. 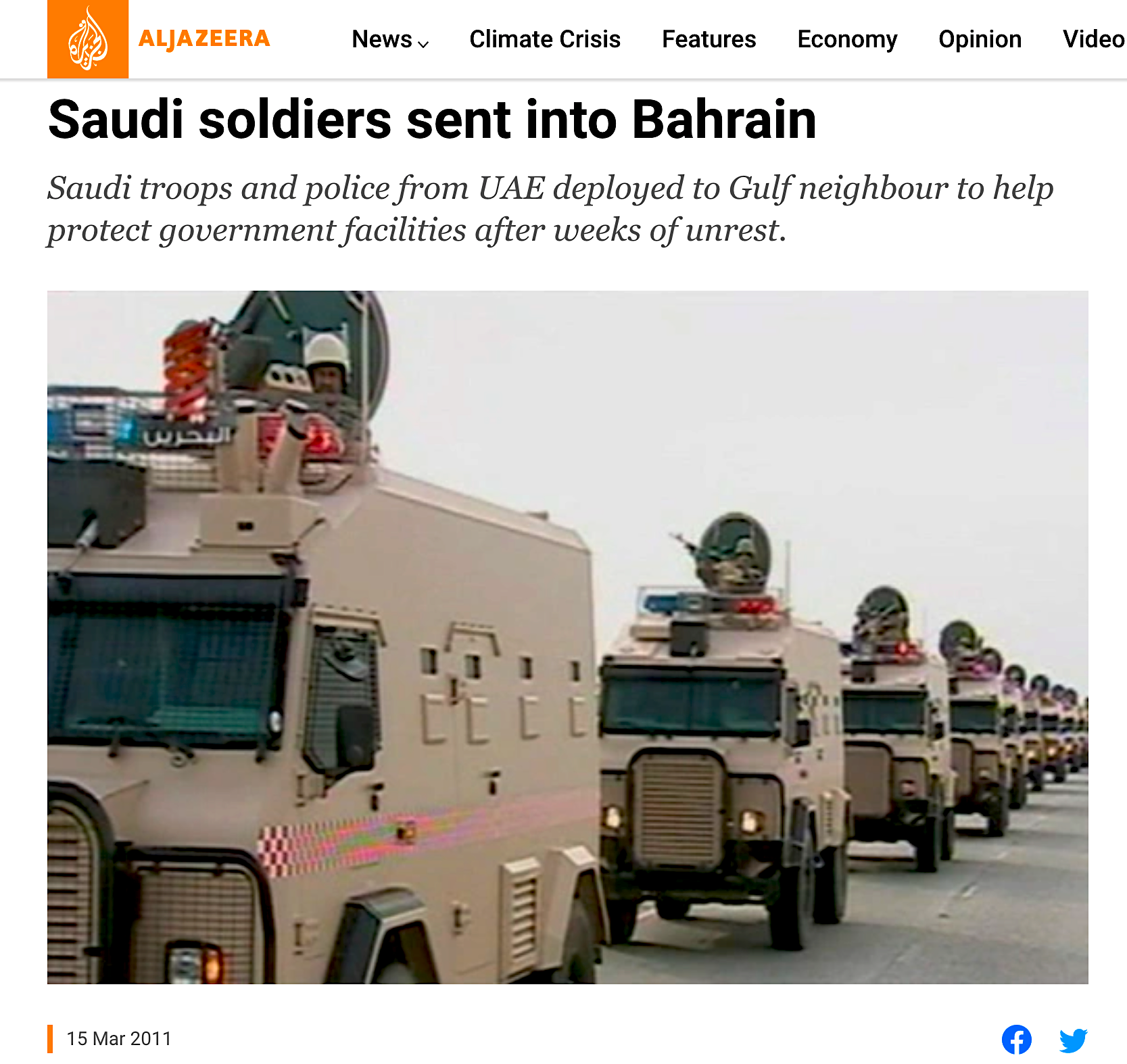 Aljazeera English coverage of Saudi forces crossing the causeway into Bahrain in 2011.

It was around that time that Arabs started to abandon the channel in droves.

Aljazeera was one of the most interesting cases of a new Arab media in the 21st century; it promised a break from traditional stale and rigid Arab news broadcasts but eventually failed in its mission. The early years of the network showed more professionalism in news than is seen on U.S. TV networks.

But the Qatari government’s control of the channel would inevitably cause a conflict between its professional mission and its propaganda role. Propaganda won and the Arab public is the worse for it.

15 comments for “THE ANGRY ARAB: The Rise and Fall of Aljazeera”