The editorial board may editorialize about social justice, but Norman Solomon and Jeff Cohen say it objects to any structural changes or policies to support that posture. 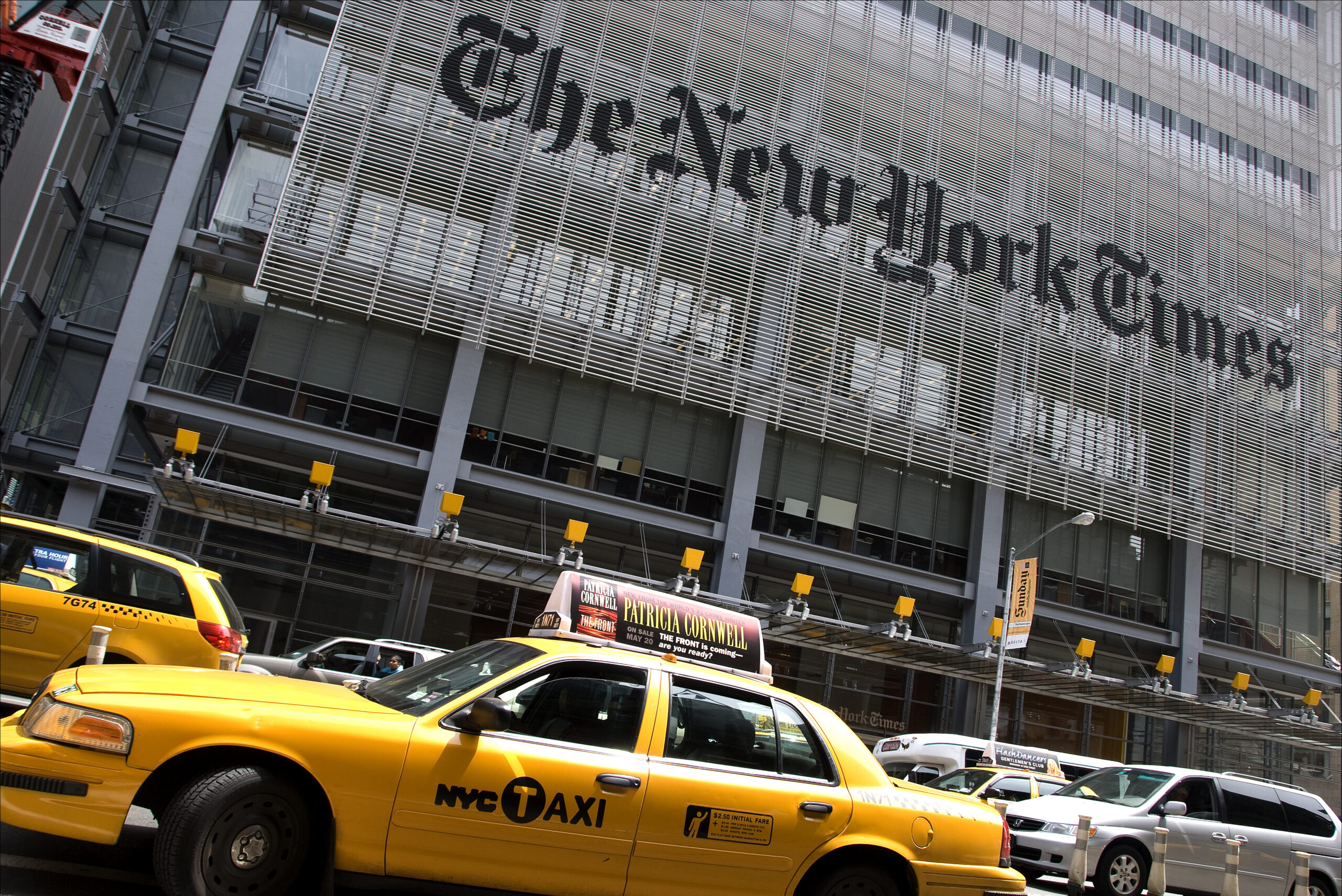 A few days after the Nov. 2 election, The New York Times published a vehement editorial calling for the Democratic Party to adopt “moderate” positions and avoid seeking “progressive policies at the expense of bipartisan ideas.” It was a statement by the Times editorial board, which the newspaper describes as “a group of opinion journalists whose views are informed by expertise, research, debate and certain longstanding values.”

The editorial certainly reflected “longstanding values” — since the Times has recycled them for decades in its relentless attacks on the progressive wing of the Democratic Party.

The Times editorial board began its polemic by calling for the party to “return” to “moderate policies.”

Translation: Stick to corporate-friendly policies of the sort that we applauded during 16 years of the Clinton and Obama presidencies.

The board also said the election results:

“are a sign that significant parts of the electorate are feeling leery of a sharp leftward push in the party, including on priorities like Build Back Better, which have some strong provisions and some discretionary ones driving up the price tag.”

Translation: Although poll after poll shows that the Build Back Better agenda is popular with the broad public, especially increased taxation on wealthy and corporate elites to pay for it, we need to characterize the plan as part of “a sharp leftward push.”

And the board noted:

“the concerns of more centrist Americans about a rush to spend taxpayer money, a rush to grow the government, should not be dismissed.”

Translation: While we don’t object to the ongoing “rush to spend taxpayer money” on the military, and we did not editorialize against the bloated Pentagon budget, we oppose efforts to “grow the government” too much for such purposes as healthcare, childcare, education, housing and mitigating the climate crisis.

“Mr. Biden did not win the Democratic primary because he promised a progressive revolution. There were plenty of other candidates doing that. He captured the nomination—and the presidency—because he promised an exhausted nation a return to sanity, decency and competence.”

Translation: No need to fret about the anti-democratic power of great wealth and corporate monopolies. We liked the status quo before the Trump presidency, and that’s more or less what we want now.

“‘Nobody elected him to be F.D.R.,’ Representative Abigail Spanberger, a moderate Democrat from Virginia, told the Times after Tuesday’s drubbing.”

Translation: Spanberger, a former CIA case officer and current member of the corporate Blue Dog Coalition in Congress, is our kind of Democrat.

“Democrats should work to implement policies to help the American people.”

Translation: Democrats should work to implement policies to help the American people but not go overboard by helping them too much. We sometimes write editorials bemoaning the vast income inequality in this country, but we don’t want the government to do much to reduce it.

“Congress should focus on what is possible, not what would be possible if Joe Manchin, Kyrsten Sinema and — frankly — a host of lesser-known Democratic moderates who haven’t had to vote on policies they might oppose were not in office.”

Our type of tepid liberalism is an approach that won’t be a bottom-line threat to the Times owners and big advertisers — and won’t diminish the leverage and holdings of wealthy elites, including The New York Times Company’s chairman, A.G. Sulzberger, and the company’s board of directors. We want change, but not too much!

“Democrats agree about far more than they disagree about. But it doesn’t look that way to voters after months and months of intraparty squabbling. Time to focus on—and pass—policies with broad support.”

Jeff Cohen is an activist and author. Cohen was an associate professor of journalism and the director of the Park Center for Independent Media at Ithaca College, founder of the media watch group FAIR, and former board member of Progressive Democrats of America. In 2002, he was a producer and pundit at MSNBC (overseen by NBC News). He is the author of Cable News Confidential: My Misadventures in Corporate Media —and a co-founder of the online action group, www.RootsAction.org. His website is jeffcohen.org.