The findings, which show concern spread evenly across the political spectrum, come ahead of a Nov. 23 final healthcare vote in the House of Commons. 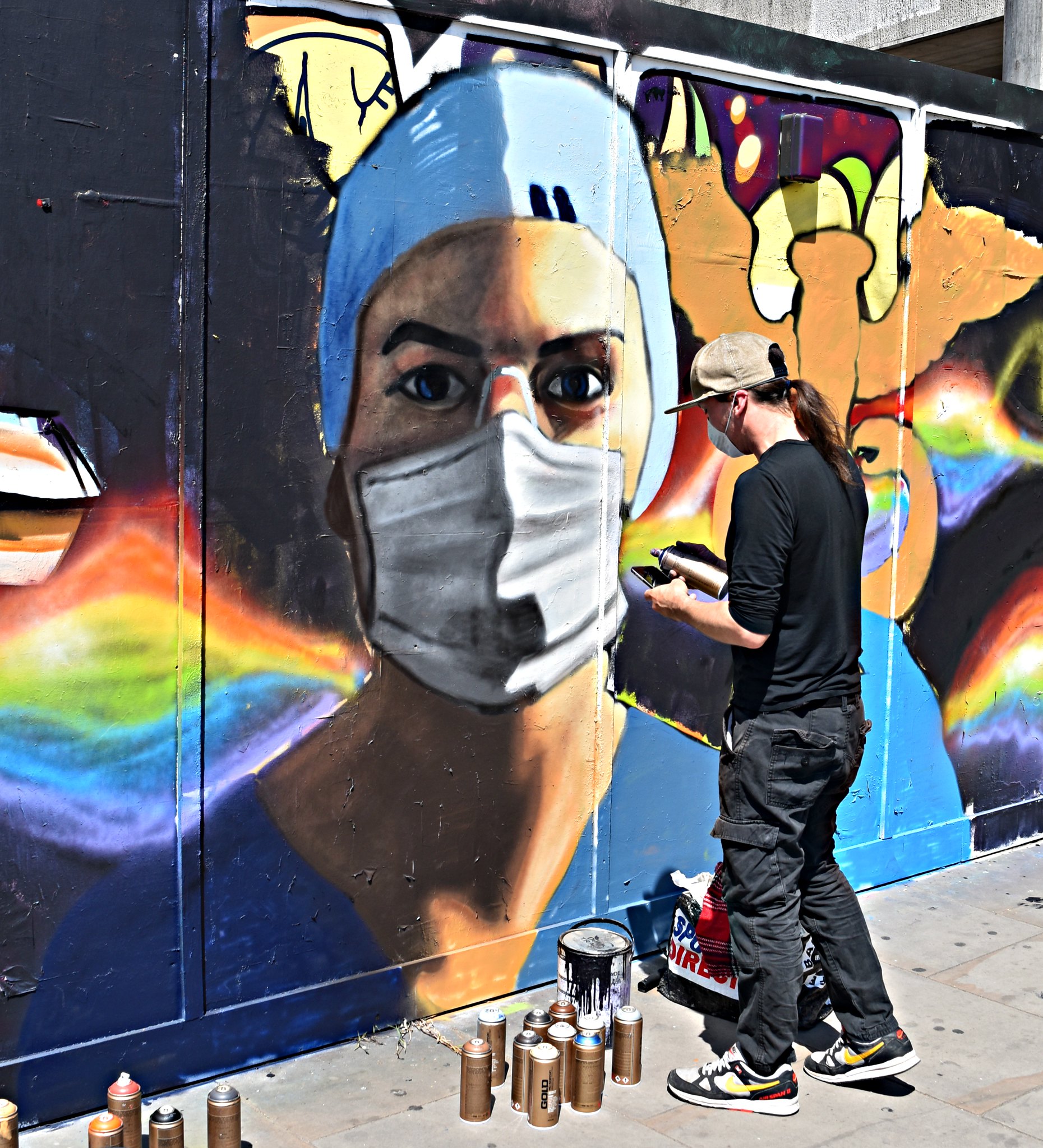 Voters in the U.K. are seriously worried that greater use of private companies by the NHS could lead to a decline in standards and a loss of money to NHS hospitals, a poll has found.

A poll commissioned by openDemocracy found that around three-quarters of U.K. adults would be concerned if the proportion of healthcare provided by the NHS using private companies were to increase.

Three-quarters of those polled specifically fear that an increase in the use of private companies by the NHS would result in corners being cut (76 percent), the use of less-skilled staff (74 percent), and healthcare systems becoming more disjointed or fragmented (77 percent).

The findings come as the government’s controversial Health and Care Bill is due to return to the House of Commons for its final vote on Nov. 23, before proceeding to the House of Lords. Labour politicians and NHS campaigners have criticized the bill for making it easier for private companies to take over more NHS work, as it deregulates the process of handing out contracts in the name of local, post-EU “flexibility.”

The poll, carried out by SavantaComRes and crowdfunded by openDemocracy readers, found that approaching 8-in-10 (76 percent) U.K.  adults were also concerned by the general principle of healthcare being run for profit in the U.K., with half (50 percent) saying they were “very concerned” about this.

Worries about the impact of NHS privatization are shared across the political spectrum, with 81percent of Conservative voters and 88 percent of Labour voters having concerns that an increase in the use of private companies would result in healthcare becoming more disjointed and fragmented.

The amount of money flowing out of the English NHS to non-NHS providers has increased significantly since the passage of the Health and Social Care Act in 2012, from £8.4bn in 2010 to £14.4bn last year, according to recent research. Of that £14.4bn, £9.7bn was given to private companies for undertaking work such as planned operations and scans.

The government has presented the current bill as undoing some of the marketization of the unpopular 2012 reforms. But in the detail behind it, it has acknowledged that it isn’t designed to stop outsourcing. 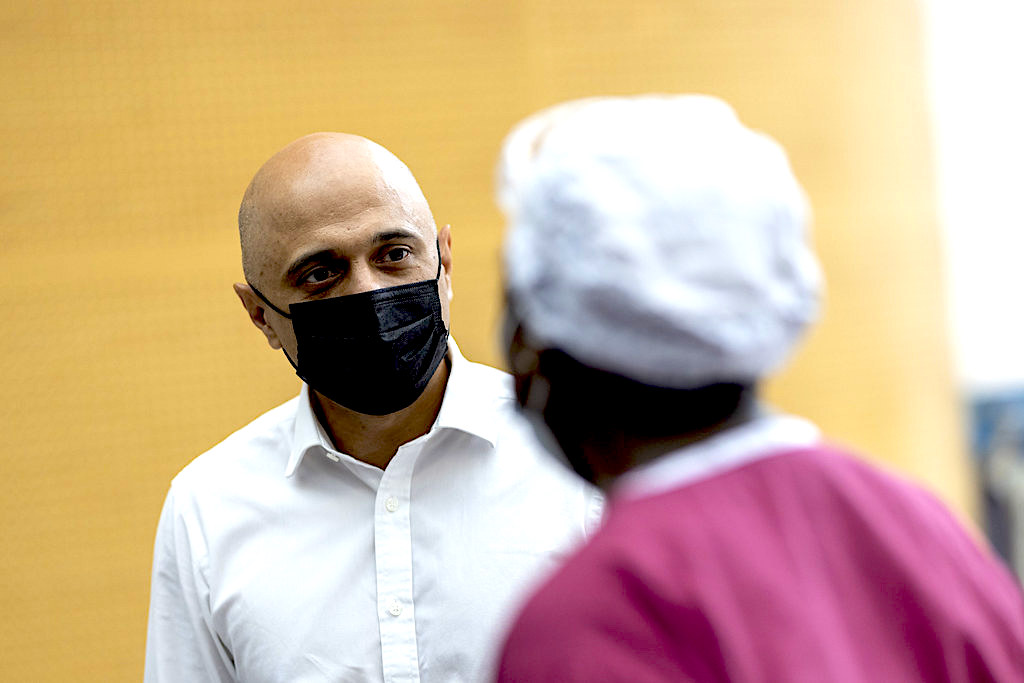 U.K. Health Secretary Secretary Sajid Javid meeting with NHS staff during a tour of a London hospital in May. (Simon Dawson, No 10 Downing)

“The bottom line is that the NHS is there for the people it serves and private companies are there to make a profit. This survey shows that the public instinctively understands that.

The current Health and Care Bill making its way through parliament does end the disastrous 2012 reforms, but does not replace the old regime with anything – meaning that there are now no controls over how contracts are let in future. With this government’s appalling record on crony contracts we desperately need to ensure there are safeguards to prevent billions more going to their mates in the private sector.”

Last year it was reported that NHS England had set aside another £10bn to go to private hospitals over the next four years. During the pandemic, the NHS signed a separate multi-billion-pound deal with private hospitals, which provided almost nothing in return, other research has suggested.

As Labour MP Margaret Greenwood explained on openDemocracy last month, even if the government amends the current bill to stop private health companies from sitting on the new local governing boards — something Labour has been pushing for — they will still be allowed to sit on new sub-committees and powerful “provider collaboratives,” which can influence decisions about who supplies which health services.

There are now signs that increasing the use of private providers by the NHS, and the subsequent cost, may be damaging people’s access to NHS services.

The poll also found that nearly 2-in-5 U.K. adults (37 percent) reported having been told by an NHS professional that a treatment, test or procedure they could benefit from, was not available on the NHS. Many in this group said that the problem has become more common specifically since the start of the pandemic (11percent) or in general over the past 10 years (15 percent).

In a separate survey of nearly 7,000 openDemocracy readers across the U.K., a similar proportion (40 percent) reported being refused a treatment, which a healthcare professional thought could have helped, on the NHS.

Four in ten (41 percent) respondents also said they or a loved one had been discharged from NHS care before they were ready, and over half said they had struggled to access NHS care at a convenient location. In both cases, the majority said the problem had worsened in the past 10 years, with most saying the decline in healthcare accessibility predated the pandemic.

“The finding that 40 percent of people may have been potentially denied a treatment is an alarming indicator of how a decade of austerity in the health service has denied people their basic entitlements in the NHS.”

The government has relied heavily on private healthcare providers throughout the pandemic — from the provision of Covid testing to hospital contracts. It has been criticized for “crony” contracting and “eye-watering” waste, including by the Public Accounts Committee.

People answering openDemocracy’s survey said that they were “angry” and “scared” about what was happening to the NHS, with many mentioning “profit” and “corruption.”

Almost all the health and care staff who responded said they had seen evidence of privatization at work.

The Health and Care Bill also gives the health secretary the ability to change the way healthcare workers’ qualifications are regulated, raising concerns about corners being cut.

SavantaComRes interviewed 2,095 U.K. adults aged 18+ online between Oct. 1-3. Data were weighted to be demographically representative of U.K. adults 18+ by age, gender, region and other socio-economic characteristics including social grade.