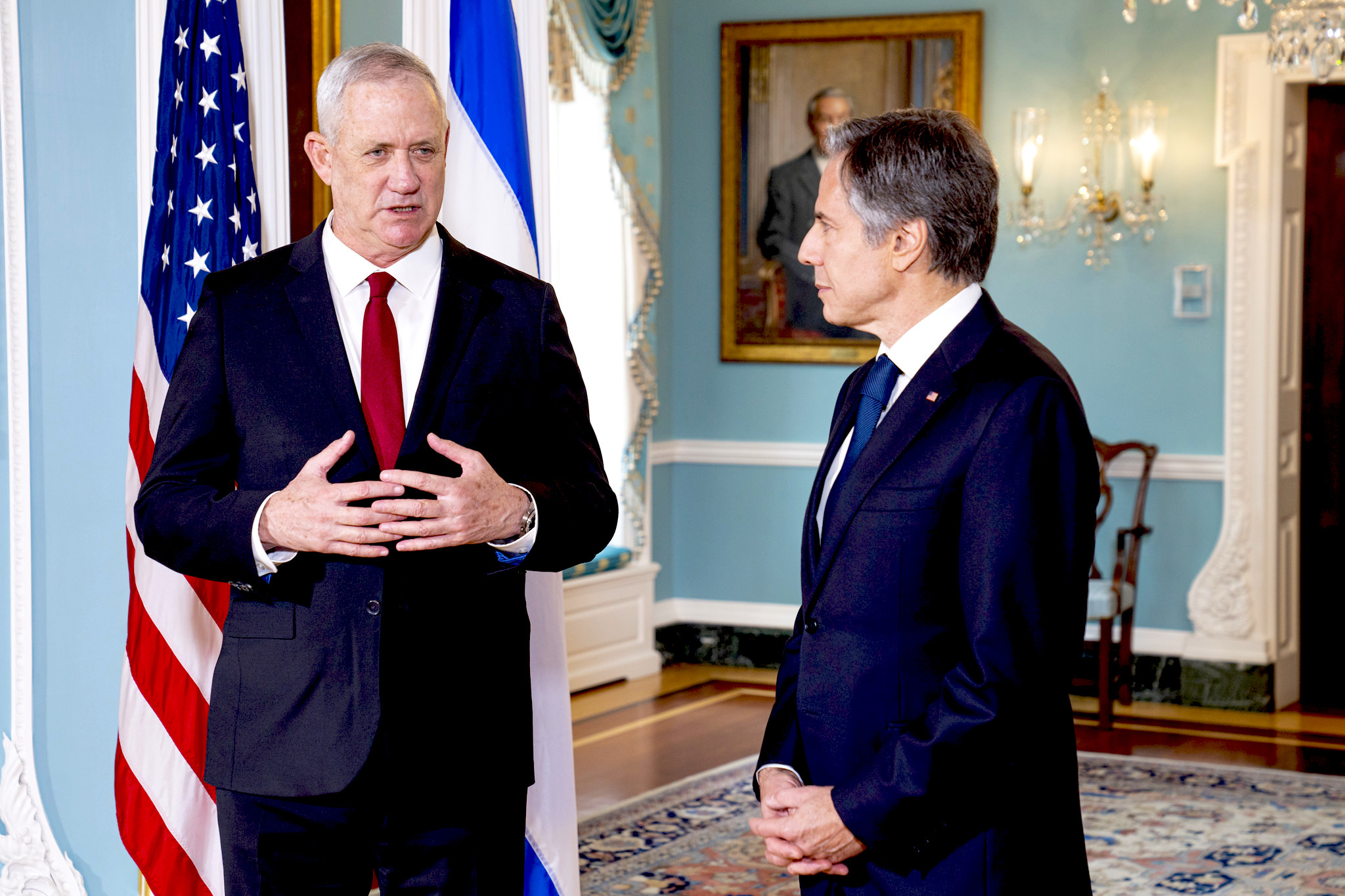 Under the apartheid regime’s Counter-Terrorism Law of 2016, “these human rights organizations now face possible mass arrest and being shut down by the Israeli government, and anyone identifying with the groups can also be subject to imprisonment,” the Center for Constitutional Rights (CCR), one of the groups that spearheaded Friday’s letter, warned in a statement.

In their letter to Blinken, the coalition points out that “smearing the promotion and defense of human rights as ‘terrorist’ activity is a dangerous, well-worn tactic of authoritarian regimes and a shameful political maneuver to undermine the vital work of these organizations.”

Describing the six recently criminalized groups as “trusted partners in our collective work to secure human rights for all,” the coalition notes that they “form part of the bedrock of Palestinian civil society that has been protecting and advancing Palestinian human rights for decades across the full spectrum of issues of global concern, including children’s rights, prisoners’ rights, women’s rights, socio-economic rights, the rights of farmworkers, and justice and accountability for international crimes.”

Ahmad Abuznaid, executive director of the U.S. Campaign for Palestinian Rights (USCPR), said in a statement that “Israel’s authoritarian attack on these six leading Palestinian human rights organizations is designed to stop their work exposing Israel’s government for what it is: a separate-and-unequal apartheid regime engaging in ongoing settler-colonial violence against the Palestinian people.”

The letter cites last week’s joint statement from HRW and Amnesty, which said that “for decades, Israeli authorities have systematically sought to muzzle human rights monitoring and punish those who criticize its repressive rule over Palestinians.”

“Palestinian human rights defenders have always borne the brunt of the repression,” HRW and Amnesty noted, warning that Gantz’s “appalling and unjust” attempt to outlaw certain groups is “an alarming escalation that threatens to shut down the work of Palestine’s most prominent civil society organizations.”

HRW and Amnesty attributed Israel’s brazen authoritarianism to “the decades-long failure of the international community to challenge grave Israeli human rights abuses and impose meaningful consequences for them.”

The coalition, for its part, has answered by arguing that international responses to Israel’s ongoing human rights violations have been “inadequate” and “should change.”

“As groups committed to social justice, civil rights, and universal human rights,” the letter continues, “we have seen first hand the ways that the charge of ‘terrorist’ and the so-called ‘war on terror’ threatens not only international human rights defenders, but also social movements and marginalized communities here in the U.S.: Indigenous, Black, brown, Muslim, and Arab activists and communities have similarly faced silencing, intimidation, criminalization, and surveillance under such baseless charges.”

Although the U.S. government “has long offered unconditional support to the Israeli government,” the letter adds, “our movements and organizations will always stand first and foremost with the rights and safety of people.”

To that end, signatories demanded that Blinken take the following steps:

In addition to CCR, the letter was initiated by USCPR, Jewish Voice for Peace Action, and Adalah Justice Project. It garnered support from a wide array of groups, including CodePink, Just Foreign Policy, and Oxfam America.

← PATRICK LAWRENCE: The Manufacture of Decline
30 Years On: The Middle East Peace-Process Ruse →