Edward Fitzgerald QC, a lawyer for Julian Assange, ended the first day of the U.S. appeal with a thunderous response to the case put forward by a prosecutor for the United States.

Assange supporters on Oct. 23 outside the Royal Courts of Justice ahead of the U.S. extradition appeal hearing. (Don’t Extradite Assange campaign)

Consortium News has remote video access to the courtroom for the two-day hearing.

A lawyer for Julian Assange responded forcefully to the U.S. presentation at the High Court in London on Wednesday, sweeping aside arguments that the lower court judge had followed the lead of a biased expert witness and that Assange was faking his suicidal urges.

In emotional tones, Edward Fitzgerald QC defended the Jan. 4 judgement of District Judge Vanessa Baraitser not to extradite Assange to the U.S. because of a high risk of suicide in an inhumane prison.

James Lewis QC for the United States had spent the morning and most of the afternoon ripping Baraitser and her judgement to shreds, zeroing in particularly on the testimony a defense expert witness, whom he tried to portray as biased.

“This was a carefully reasoned and considered judgement,” Fitzgerald said. He called on the court to “respect the findings of facts from the judge of first instance who lived through the hearing.”

“I sometimes wonder whether my learned friend is reading the same judgement we are,” he added.

Lewis sought to portray Assange as a malingerer who is “not close” to being ill enough to be unable to resist self-harm. He disputed defense witness testimony that Assange was severely depressed with psychotic episodes and was at great risk of killing himself if he were to be extradited.

Lewis took aim in the afternoon session on Michael Kopelman, emeritus professor of neuropsychiatry at the Institute of Psychiatry, Psychology and Neuroscience, King’s College London, whom he accused of violating his signed statement of truth to the court when he testified at Assange’s extradition hearing in September 2020. 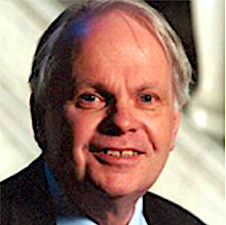 Kopelman swore under oath at that hearing that Assange has had a history of clinical depression and said his risk of suicide would increase if extradition were about to happen.

Lewis spent more than an hour Wednesday reading through the transcript of his cross-examination of Kopelman that day trying to prove he had willfully omitted crucial evidence.

Lewis then blasted Baraitser for writing in her judgement that, “I preferred Prof. Kopelman’s testimony” over the prosecution expert witnesses without giving any reasons, he said, for her preference.

But Fitzgerald in his rebuttal accused Lewis of demanding “reasons for reasons” as Baraitser “gave cogent reasons why she prefers Kopelman.”

In her judgement she cited Kopelman’s testimony that Assange was suffering from hallucinations, paced his cell until exhausted, punched himself in the face, banged his head against his cell wall, and repeatedly called a suicide hotline because he thought about killing himself “hundreds of times a day.”

“The judge saw and heard Kopelman give his testimony, she was best placed to judge his integrity” and “she found he did give impartial evidence to the court,” Fitzgerald said. “It’s not true that Kopelman left things out.”

Fitzgerald added: “This picture that Kopleman  is a lone wolf is absolute nonsense.” 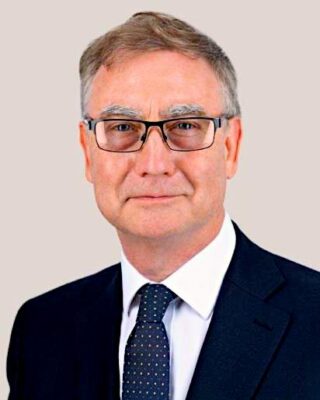 “If one respects that this district judge heard this evidence and had a reasoned judgement, then my learned friend is only making an attempt to re-litigate the case because the U.S. lost,” Fitzgerald said.

Lewis accused Kopelman of deceiving the lower court by withholding the identity of Assange’s partner, Stella Moris, and their children, thereby removing a reason why he might not commit suicide. Kopelman had a higher obligation to the court than to protect their privacy, Lewis said.

But Fitzgerald retorted that it is normal for a witness to protect the identity of an informant if asked and in this case it involved Moris’ safety, not just her privacy.

Fitzgerald can be expected on Thursday to outline how Moris and her children’s lives were hounded by the Spanish security firm UC Global, which was contracted by the Central Intelligence Agency. Consortium News reported on Monday that Kopelman had an ethical duty according to the British Psychological Association to put the safety of children before any other obligation, contrary to what Lewis said.

After the judges left the courtroom at the conclusion of the afternoon session, hacktivist Lauri Love, who was in the public gallery, read out what seemed to be either the Hippocratic or the British Psychological Association oath of ethical duty.

Love had his extradition order to the U.S. overturned in 2018 because the High Court said it would be oppressive given his risk of suicide. One of the judges in Love’s case was Lord Chief Justice Ian Duncan, who is also sitting on the bench for the two- day appeal against Assange.

Lewis had earlier brought up the Love case, saying it differed from Assange’s because Love also suffered from physical ailments in addition to psychological disorders. Lewis also said the Turner Test, used in courts to determine if extraditing a suicidal person would be oppressive, was not applied to Love as it was by Baraitser for Assange.

Fitzgerald told the court the cases are similar because both involve heightening suicidal risk by separating Love and Assange from their families by sending them to the U.S.

Today in court the US Government outrageously argued people with autism spectrum disorder shouldn't be parents: they claimed people with ASD wouldn't be given custody of their own child. #autismawareness #AutismDad #ASD #Neurodivergent #AssangeCase pic.twitter.com/KPClFcYITS

Lewis told the court Assange was faking his severe depression, autism and suicidal impulses because prison notes described him “drinking coffee in the company of other prisoners” of being “alert” and making “good eye contact.” He also contended that Assange had no history of mental illness because he had a TV chat show on Russia Today, had negotiated his asylum at the Ecuador embassy and helped NSA whistleblower Edward Snowden escape from Hong Kong.

But Fitzgerald furiously rejected the notion that a decision by Assange to commit suicide was a rational choice. “This is not Cato or Cleopatra committing suicide rather than face their enemies,” he angrily told the court. “This comes out of a man who is suffering from a mental disorder,” Fitzgerald said and his impulses to commit suicide are “not a rational decision” or a “voluntary act” but came from that mental illness.

Beginning in the morning session, Lewis argued that the U.S. had not had the opportunity to present assurances to the lower court that Assange would not be put in extreme isolation if extradited to the U.S.; that the lower court judgement was not based on Assange’s current risk of suicide but on a prediction of what would happen if extradited; and that the defense was wrong to dismiss the U.S assurances as untrustworthy.

The question of whether the U.S. had the chance to submit its assurances to Baraitser in the lower court  before she barred Assange’s extradition became central to the day’s proceedings.

The bench interjected, asking Lewis to answer to the defense’s contention that the prosecution should have made their assurances that Assange would not be put into harsh Special Administrative Measures (SAMS)  if sent to the U.S. before Baraitser issued her judgement. 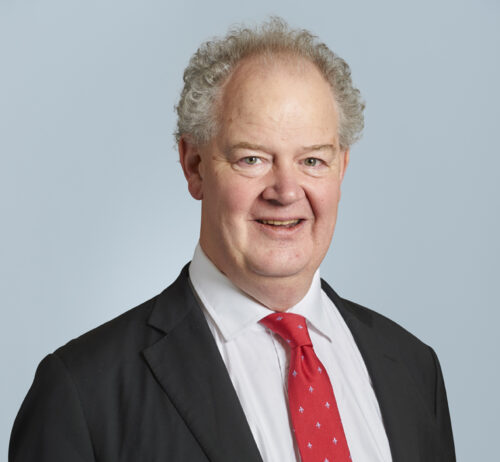 “It was our position that it was highly unlikely he would ever be put in SAMS so opportunity never arose” during the case in magistrate’s court, Lewis said. “These assurances can be given at any time in these proceedings.”

Essentially Lewis said the prosecution was not expecting Baraitser to put so much weight on the possibility of SAMS in determining that it would exacerbate’s Assange’s risk of suicide. He said Baraitser should have warned the prosecution that that would figure in her judgement. He also argued that the assurances against Assange being put in SAMS was not “fresh evidence” and could be introduced at any point of an extradition process, including during an appeal.

Lewis rejected the defense’s contention that the U.S assurances cannot be trusted. He said there had never been a case where Britain complained to the United States that assurances it was given in an extradition case had not been fulfilled. That does not necessarily mean that the U.S. had never broken such an assurance to the U.K.

Lewis admitted that these assurances are conditional. If Assange endangers “U.S. national security” while he is incarcerated in the U.S. he could then be moved to SAMS, he said.

Lewis argued that the assurance that Assange would not be held in isolation in Alexandria Detention Center and would not be subject to SAMS if convicted effectively destroyed a pillar of Baraitser’s judgement. Had she known there would be no SAMS, he said, she would have ruled differently.

Another part of Baraitser’s decision not to extradite was faulty, Lewis contended, because the European law upon which she based it requires an assessment of the current mental state of the suspect and not what it would be at a time when he might arrive in the U.S.

“A key part of our argument is that the district judge did not base her judgement on Mr. Assange’s current mental state,” Lewis said. “We can’t go into this crystal ball approach.” But Fitzgerald responded that courts sometimes had to look into the future, such as Baraitser did in assessing what might happen to Assange if he wound up in pre-trial isolation in the Alexandria Detention Center or in SAMS at ADX Florence supermax in Colorado.

Baraitser had also discounted suicide preventive measures in U.S. prison, Lewis said, pointing out that prison suicide rates are higher in the U.K. than in the U.S.

“This cannot be a proper way to deal with extradition procedures because it assumes no treatment can reduce the risk of suicide,” Lewis said. “There is a risk that that approach by the district judge means no one can ever leave [be extradited] if an individual has the ability to circumvent those measures.”

“The approach by the district judge is to erect a barrier to extradition that can’t be met by our extradition partners,” Lewis said.

Another thing that can’t be predicted is the length of the sentence Assange might receive, Lewis told the court. He rejected statements made by the defense that Assange would effectively receive a life sentence because he faces a potential 175 years in prison.  The maximum sentence ever given for the offense that Assange is charged with is 63 months, Lewis said, in the case of Reality Winner, who sent a classified NSA document to The Intercept.  Chelsea Manning, a WikiLeaks source, was sentenced to 35 years however under the Espionage Act before her sentence was commuted to seven years by President Barack Obama.

Lewis even dangled the possibility that the 30 months Assange has spent in Belmarsh prison so far might be used to reduce a U.S. sentence.  Julian Assange, however, is not Reality Winner. The truths he exposed about American leaders’ crimes and corruption are on an entirely different scale so that his fears of 175 years could well turn into a life sentence if he’s convicted in the “national security court” in Virginia.

14 comments for “DAY ONE: Assange Lawyer in Fiery Rebuttal at Day’s Conclusion”