After decades of wage stagnation, Dean Baker is glad to see real progress for at least some at the bottom of the wage ladder. 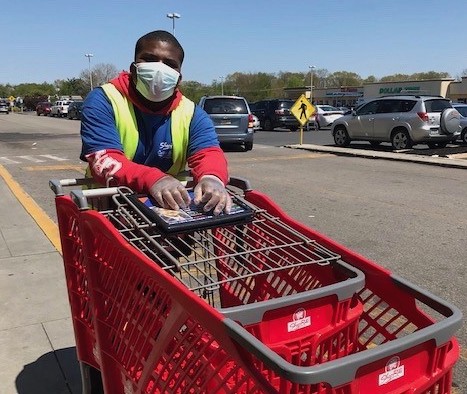 By Dean Baker
The World in Transition (CEPR)

Many in the media are very upset that workers at the bottom end of the pay scale feel secure enough to demand higher pay and better working conditions. Recently, I had the pleasure of watching a television anchor, who earns $6 million a year, complain that 3 percent of the workforce quit their job in August. They seemed to find the idea of workers quitting unsatisfactory jobs appalling.

After decades of wage stagnation for those at the middle and the bottom of the wage ladder, it’s good to see some real progress for at least some low-paid workers.

For those of us who think that all workers should be able to get decent pay, have decent working conditions, and be treated with respect on the job, the idea that large numbers of workers now feel they can quit jobs they don’t like is really great news. And, the increased labor market power for those at the bottom of the ladder is showing up in higher pay.

Here’s the story for production and non-supervisory workers in six of the lowest-paying industries. Note, these numbers are adjusted for inflation, so they take account of the extent to which higher prices have reduced purchasing power since the start of the pandemic. 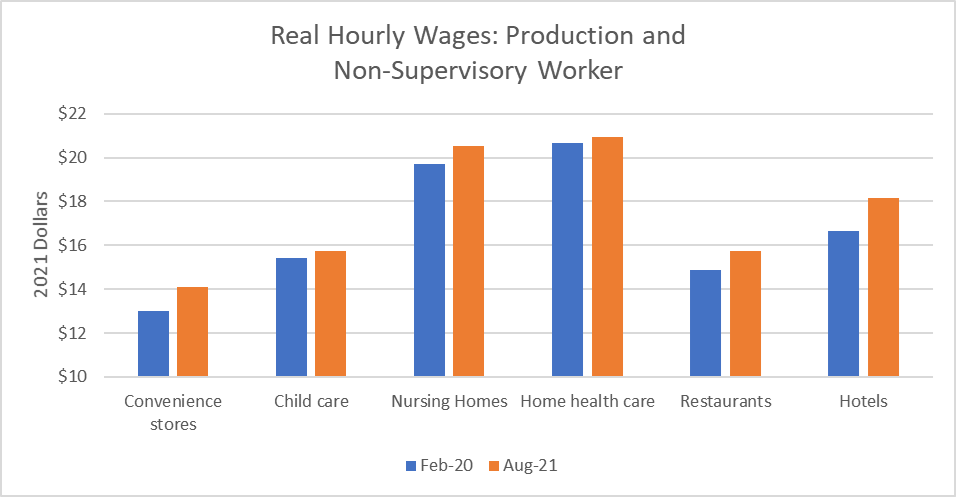 It is important to remember that these gains are over just a one-and-a-half-year period. These workers have a long way to go before they have anything resembling a livable wage, but this is impressive progress in at least some of these low-paying industries.

There has been a sharp drop in employment in both home health care and child care since the start of the pandemic. These sectors will have a hard time getting back workers unless they can offer better pay and conditions. That will be difficult for them to do without more government support, pointing again to the importance of Biden’s Build Back Better agenda.

In any case, after decades of wage stagnation for those at the middle and the bottom of the wage ladder, it’s good to see some real progress for at least some low-paid workers. The folks who have rigged the economy in their favor so they can get big bucks may not like the fact that it’s harder to get good help, but them’s the breaks.

Dean Baker is the co-director of the Center for Economic and Policy Research(CEPR). He is the author of several books, including “Getting Back to Full Employment: A Better bargain for Working People,”  “The End of Loser Liberalism: Making Markets Progressive,”  “The United States Since 1980,” “Social Security: The Phony Crisis” (with Mark Weisbrot), and “The Conservative Nanny State: How the Wealthy Use the Government to Stay Rich and Get Richer.” He also has a blog, “Beat the Press,” where he discusses the media’s coverage of economic issues.

This article is from The World in Transition (CEPR).