There are various forms of lying, including not speaking the whole truth. 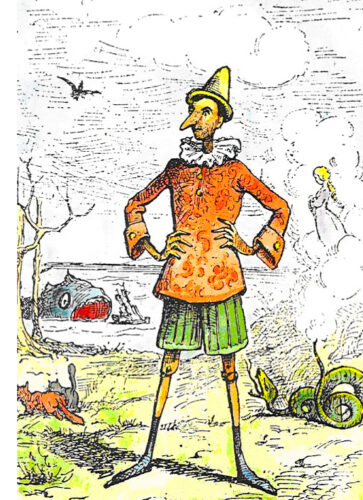 When you swear an oath in a legal process in the United States you are vowing, under penalty of perjury, to tell the truth, the whole truth and nothing but the truth.

Not telling the “whole truth” is a different form of lying than telling outright falsehoods.

It amounts to purposely withholding truths that completely changes a narrative, rendering it in effect, to be false. It’s like not telling your spouse you are cheating rather than directly lying if asked.

Mainstream journalism rarely engages in direct, made-up lies. But it routinely ignores entire stories or leaves out key parts of others that completely alters its meaning.

It is usually a part of the story that does not fit its political or ideological agenda. Mainstream reporters are educated in an environment in which they don’t need to consciously omit facts to achieve the effect they are trained to bring about. Public opinion can be shaped by lies simply by refusing to report information that questions Establishment interests. It is a betrayal of the public.

There is no better example today of this kind of lying by omission than the way corporate media covers the Julian Assange story.  For example, in a closed-door hearing before the House Intelligence Committee on Dec. 5, 2017 Shawn Henry, president of CrowdStrike, admitted under oath that his firm had no firm evidence that the DNC emails were hacked — by Russia or anyone else — and data removed.  This testimony has never been reported by corporate media, leaving intact the persistent belief that the DNC server was hacked by Russia and its emails given to WikiLeaks.

Relying on corporate media will not only leave you often with just half the story, but with the half that distorts the truth.  Consortium News was founded in 1995 by investigative reporter Robert Parry to report on the stories studiously ignored by corporate media and on the angles it conveniently leaves out.

Help us to continue providing you with the whole story. Make a donation today.

12 comments for “Are You Being Lied To?”