In the failed corporate coverage of Steven Donziger and Julian Assange there is an imposition of darkness, ignorance inflicted on Americans with intent. 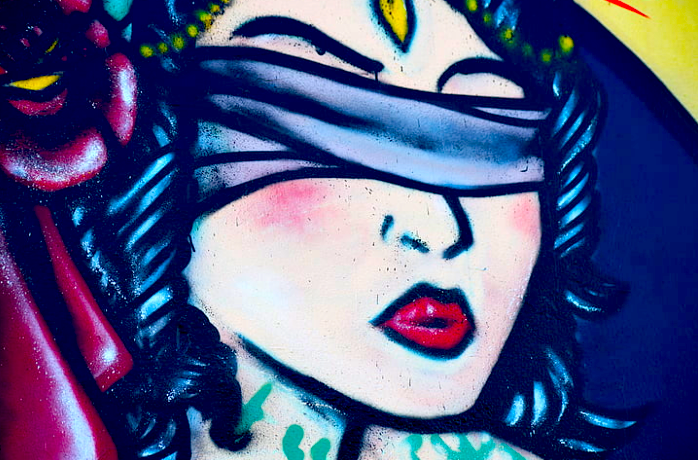 Just before the weekend came news that Steven Donziger, the courageous attorney who fought Chevron and won a $9.5 billion environmental case in Ecuador and who now fights the judicial system in America, has been sentenced to six months in prison for a patently ridiculous contempt charge.

He was sentenced, this is to say, without a jury trial after a corrupt judge appointed Chevron’s law firm to conduct the prosecution. Take a sec to read that sentence again if you need to.

If you read anything at all in the corporate press about this travesty, you read something like this, the Reuters lead:

In other words, if you read anything at all in the corporate press about this judgment you were misinformed to the point of disinformed. The two meet at the horizon, you see: Misinform incessantly and you have disinformed.

The sins of omission in the coverage — see also The Wall Street Journal and The Guardian, here and here — are almost too numerous to count. In the same line, you read nothing at all of this momentous turn in the Donziger case in The New York Times. When reality is simply too embarrassing, or contradicts the liberal authoritarian orthodoxy too baldly, the once-but-no-more newspaper of record simply leaves the news unreported.

The power of leaving out, POLO, is my name for this common phenom.

On the same day the Donziger news arrived, Alan Macleod, the ever-trenchant reporter at MintPress News, tweeted out an interesting bit of information on the state of our media:

“Politico’s defense newsletter is sponsored by Lockheed Martin, its health newsletter by a private pharma group, its tech one by Comcast, and its prescription medication one by a lobbying group dedicated to opposing Medicare for All.

How can this be taken seriously as journalism?”

It can’t, Alan. But just because the answer is open-and-shut obvious doesn’t mean it isn’t an interesting question.

Politico's defense newsletter is sponsored by Lockheed Martin, its health newsletter by a private pharma group, its tech one by Comcast and its prescription medication one by a lobbying group dedicated to opposing Medicare for All.

How can this be taking seriously as journalism? pic.twitter.com/3huXzS90sd

Macleod included a screenshot of four Politico news items in which the above information is casually noted in “presented by” form. 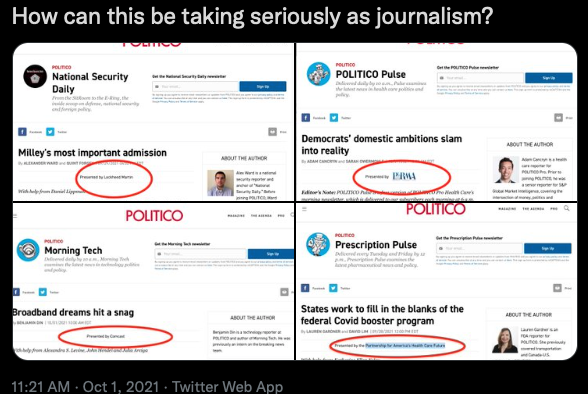 Nothing remarkable here, Politico wants you to know. Routine, just as it has been routine for the Public Broadcasting System to ignore the Donziger story entirely. And routine business that Chevron is among PBS’s corporate sponsors.

Long ago, when he was our new republic’s minister to Paris, Thomas Jefferson, wrote home to Edward Carrington, a fellow Virginian, to note, “Were it left to me to decide whether we should have a government without newspapers or newspapers without a government, I should not hesitate a moment to prefer the latter.”

Jefferson mailed his letter in 1787, as the ferment of revolution gathered in France. It is time to recognize that we live in that circumstance Jefferson thought the less desirable. America does not have a press by any serious definition of the term. It has a government that, over the course of many decades, has turned the press into an appendage responsible for the manipulation of public opinion.

“Propaganda,” as Edward Bernays noted with extraordinary candor in his 1928 book of that title, “is the executive arm of the invisible government.” This is what Americans have instead of a free press.

Jefferson, who favored an informed, educated citizenry the whole of his life, understood the danger of this fate. He understood, too, that the young United States was just as vulnerable to such an outcome as any Old World nation. The man later elected our third president would not have written as he did were these questions not very high in his mind.

Too many Americans, and maybe most, do not understand the peril of our circumstance. They seem to have little awareness of what it means to live under a government unchecked by a press that counts as an independent pole of power.

Lost in the exceptionalism of “it can’t happen here,” they do not see that living in the dark in a century as dynamic as the 21st is to court the very dangers America is obsessed with avoiding — the danger of authoritarianism (in this case liberal), the danger of proceeding wrongly, the danger of falling behind, the danger of not understanding others as others gather strength and proceed with purpose. The multiple dangers of ignorance, in short.

Have you read anywhere that China just sent the first laden freight train from Shanghai to Hamburg, marking the start of a China-to–Europe rail service? Xinhua had it, nobody else. Have you read anywhere that Venezuela and Iran just signed an agreement to trade the former’s heavy crude for the latter’s condensate? Reuters had a piece, but it focused on the likelihood of U.S. sanctions rather than on what this development means in geopolitical terms. On the latter topic, nothing.

Are you reading anywhere in the corporate press about the unabated ethnic cleansing of Palestinians under the government of Naftali Bennett, apartheid Israel’s Arab-murdering prime minister? It is as savage as it was last spring, but I have seen nothing but in the non–Western press.

The ignorance of the world the corporate press cultivates will bite Americans on their backsides soon enough. It is the press’s irresponsibility closer to home that is most unforgivable. 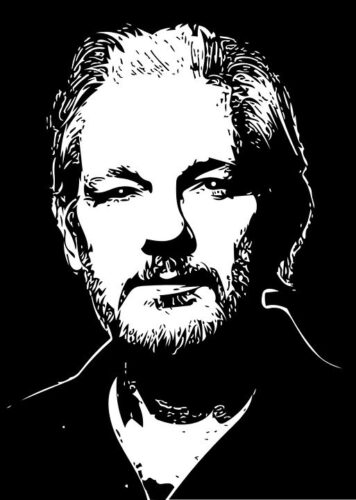 There is the Assange case. The press’s blackout of Julian Assange’s mistreatment since he was imprisoned two years ago is an open-and-shut dereliction of duty. Lately it worsens.

We had news over the summer that a key witness in the American case against Assange fabricated his testimony in exchange for immunity from embezzlement charges pending against him in Iceland. The news appeared in Stundin, an investigative biweekly published in Reykjavik. The American media, from The New York Times on down, published nothing. “A remarkable silence,” as Monthly Review headed its online reprint of the Media Lens original.

More recently, Yahoo! News brought out a piece detailing the CIA’s plans either to kidnap or assassinate Assange during his asylum at the Ecuadorian embassy in London. Michael Isikoff is a longtime Russiagater who continues to insinuate, hard evidence to the contrary, that Russia hacked the Democratic Party’s mail servers in mid–2016.  He remains, on balance, part of the problem, not the solution. But his revelations about the CIA’s plots were nonetheless laudable.

Of this development, nothing in the mainstream dailies or from the broadcasters. The Justice Department case has collapsed, there is prima facie cause to deny the U.S. request to extradite Assange, and every American who depends on the corporate press for his or her information knows nothing about either.

As to the Donziger case, Greg Palast, who has followed it as an investigative journalist since 2007, published a useful précis of the abominable abuses of law and justice just prior to the sentencing last Friday. A year ago Fairness and Accuracy in Reporting brought out a granular analysis of the Reuters cover-up coverage through the summer of 2020. 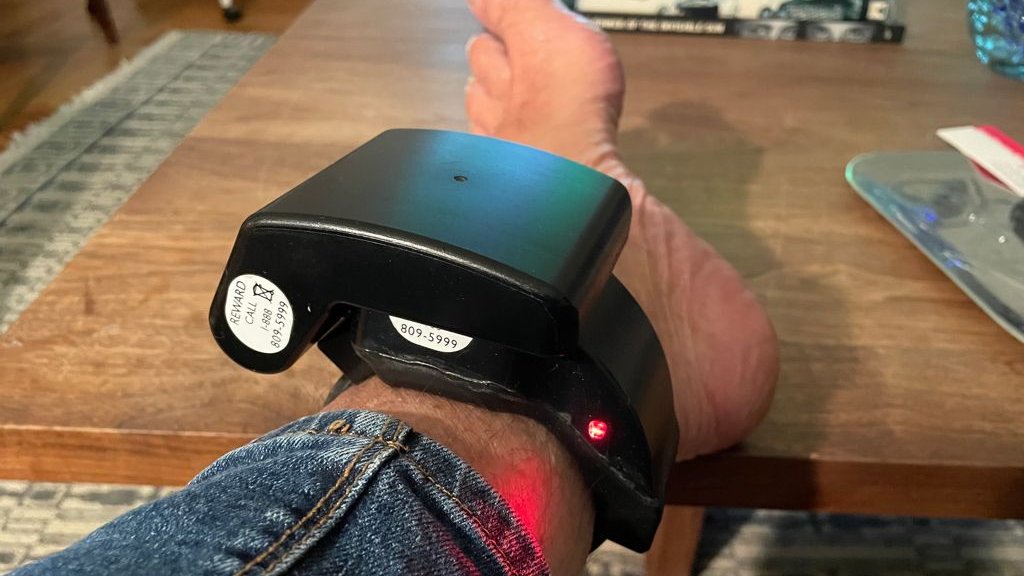 It is all there: the denial of a jury trial, the unconstitutional order that Donziger turn over his cellular telephone and computer to Chevron during discovery, the assignment of a corrupt judge, the corrupt judge’s assignment of Chevron’s lawyers to prosecute the defendant in a case Chevron brought. There is no precedent in law allowing a private firm to assume the role of public prosecutor — one reason the UN’s high commissioner for human rights condemned Donziger’s treatment shortly before he was sentenced.

And none of it is there in the corporate press. Even those dailies that published on the sentencing left out more than they put in.

Consider once again Alan Macleod’s astute observation as to Politico’s “presented by” coverage. This nonsense is rampant, if you haven’t noticed. Foreign Policy, Foreign Affairs, PBS, National Public Radio — they are all drowning in conflicting interests insidiously labeled “sponsorships. This phenom goes a very long way to explaining American media’s see-it-to-believe-it betrayals of those they are supposed to serve.

As Macleod notes, you simply can’t call it journalism. But you have to call it the intentional imposition of darkness and ignorance inflicted on Americans.

There is something to learn here. With the exception of Isikoff’s Yahoo! News piece, which lands with me as the exception proving the rule, all of the above-noted stories have been developed by independent journalists via independent media.

Consortium News is high among those that have followed the Assange case with the proper dedication. I have mentioned others: Media Lens, MintPress News, MR’s online editions. (Good old MR.) There are many more doing the work that needs to be done — Jonathan Cook, Glenn Greenwald, Aaron Maté; among non–Western publications there is The Cradle. This is not to diminish the many journalists and publications that deserve places on any such list.

It is to say this: If the American press has any future, it lies with these independent media. The responsibilities they already bear are outsized to their resources but will nonetheless grow greater. Looked at another way, if the American press is ever to come to its senses — and let us not dismiss the possibility — it will be in response to the reformation independent media will force upon them.

If Jefferson were alive, who do you think he would be reading, and who dismissing?

10 comments for “PATRICK LAWRENCE: Instead of a Free Press”