Even a photo of CIA headquarters got the red “Ys”, as well as a picture of our founding editor, Robert Parry.

If you grow up in a country in which you are only told that you are better than the citizens of any other country, that you are the envy of the entire world, that your government works tirelessly to bring your democracy to far flung corners of the earth so others can one day be as good as you are, that your country has the finest and most moral military, that your media is the freest and fairest in the world, it would be hard to believe anything else if you were only getting half the story.

Comfortable in your certainty of national greatness, reinforced everyday by politicians and the media, anyone who comes along to question a lifetime of deeply held beliefs upon which your identity is based would be seen as a threat.

Many, perhaps a majority of Americans sense that there is a conflict between the reality of their lives and the stories being told them.

Some with vested interests don’t take the threat of journalism lightly.  They take active measures against it to protect the myths that serve them. They smear the journalists that challenge those myths. The most egregious and prominent example is the imprisonment of Julian Assange.

Then there is PropOrNot, the shadowy organization that The Washington Post on Thanksgiving Day 2016 splashed on its front page, protecting its anonymity while publishing a blacklist of websites that PropOrNot claims are Russian propaganda. On the list is Consortium News.  PropOrNot developed a Chrome extension that when installed on your computer flags what it says is Russian propaganda with red “Ys” scrawled across the page. Several websites have a handful of these red “Ys”.

Every single article, photograph, byline and tag on Consortium News is so marked. Even a photo of CIA headquarters got the red “Ys”, as well as a picture of our founding editor, Bob Parry.

Help us to allow readers to question their beliefs and to fight the smears of outfits like PropOrNot with a generous donation to our Fall Fund Drive today. 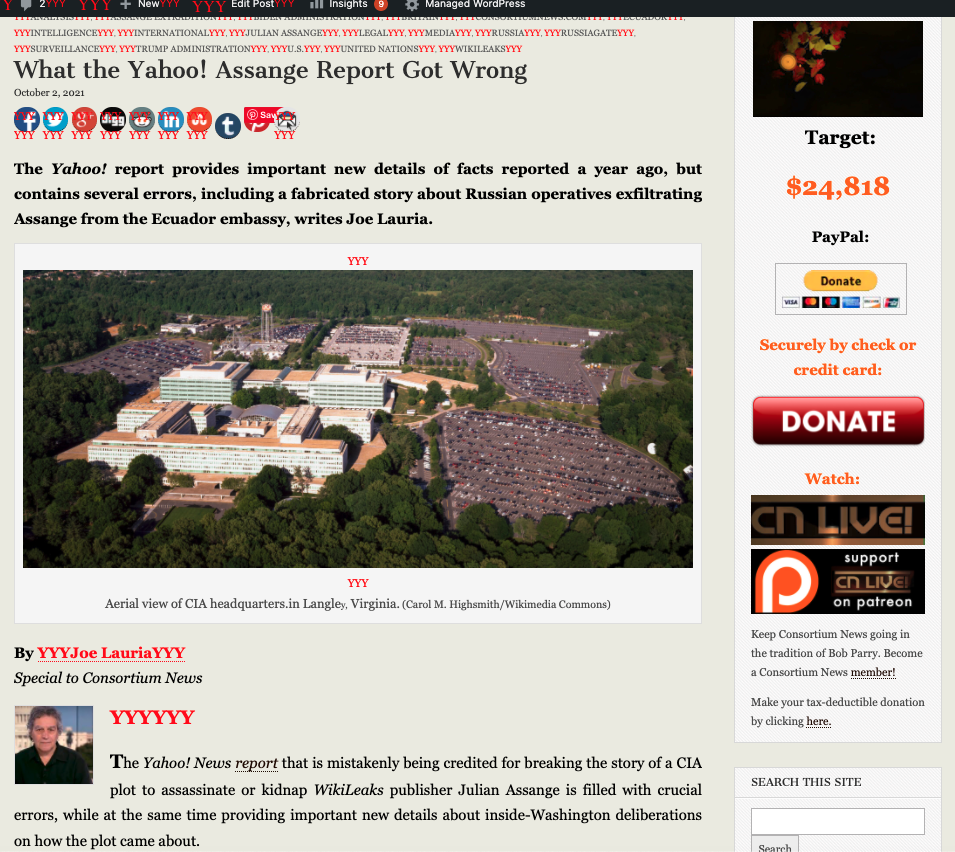