As walls and fences go up, so do the dramatic increases in migrant deaths, writes Farhana Haque Rahman. 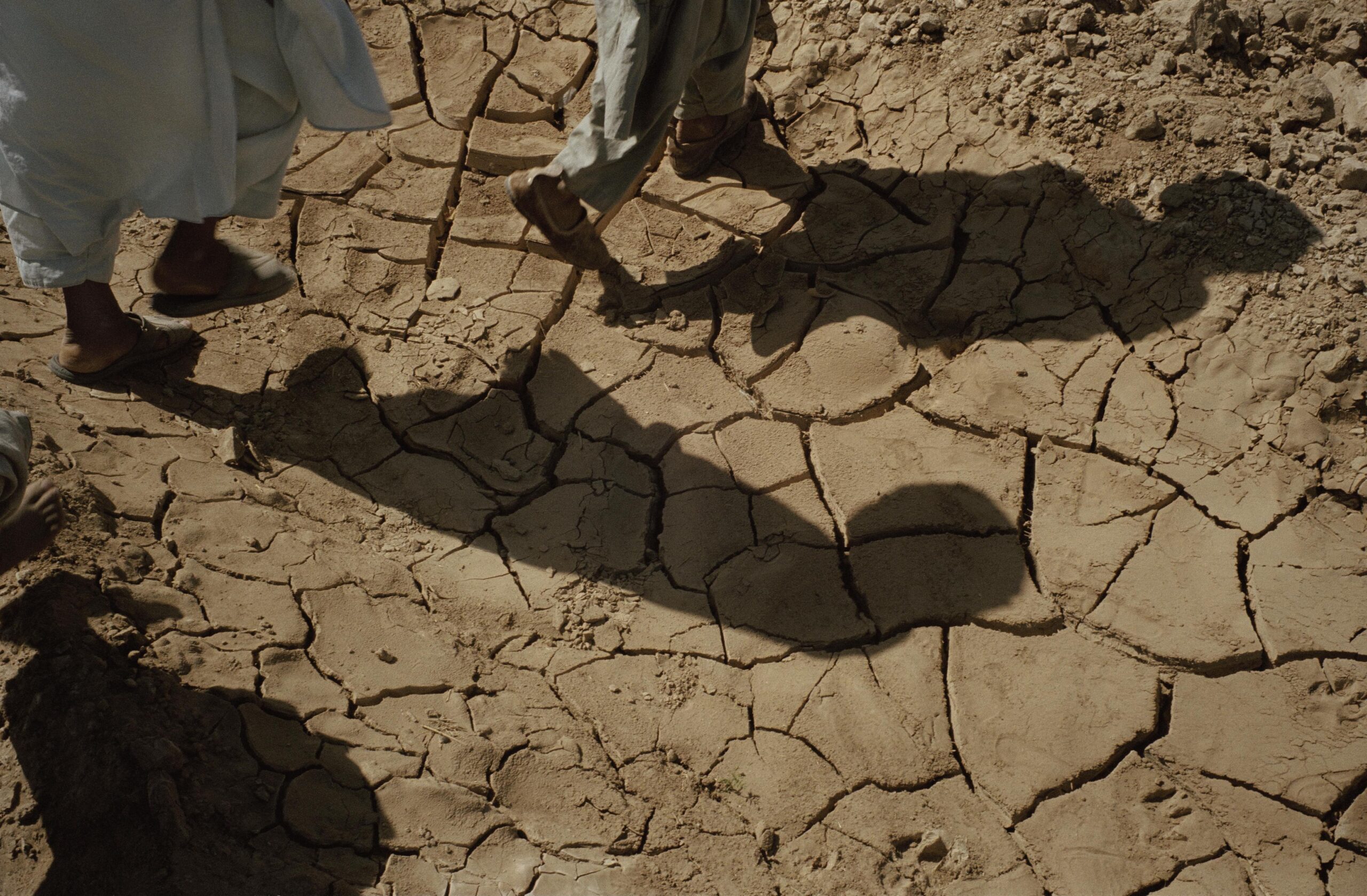 Whether desperately trying to get a place on the last evacuation flights out of Kabul or trekking to the borders with neighboring Pakistan and Iran, tens of thousands of Afghans are fleeing their country once more.

Events are unfolding at speed. The Taliban are establishing a central government in the capital to fill the void of the collapsed western-backed administration, but they do not control all the country as the protracted civil war enters a new stage. The UN refugee agency UNHCR says that in its “worst case scenario” it is preparing for around 500,000 new refugees in the region by the end of this year. As with many past estimates that could prove optimistic.

Even before the Taliban’s rapid advances in August, conflict this year had displaced an estimated 390,000 people within Afghanistan, and some 14 million were seriously short of food, with prolonged drought across much of the country.

Since the Soviet invasion of late 1979, Afghanistan has seen millions of refugees exiting its borders in waves, creating diasporas near and far. In periods of relative calm many have returned.

But this latest exodus faces a far more hostile world. The tide of international opinion, often driven by rejectionist nationalism, has been turning against refugees in general. Only just recently some western countries were deporting Afghan refugees. Newly erected barriers – whether fences or walls – are becoming the international norm. Refugee quotas have been slashed.

“The tide of international opinion, often driven by rejectionist nationalism, has been turning against refugees in general.”

Turkey, already sheltering some 3.7 million registered refugees, has warned Europe it will not become its “refugee warehouse” again after the deal negotiated in 2016 to accept Syrian refugees in exchange for aid. Pakistan and Iran, already host to an estimated total of some five million registered and unregistered Afghan refugees, do not want any more. Britain, with all its historic connections, is opening its doors to only 20,000 Afghans over the next five years.

President Joe Biden has authorized $500 million in refugee spending but it is unclear how many refugees might find a home in the U.S. itself. Ottawa pledged to resettle 20,000 Afghan refugees threatened by the takeover of Afghanistan by the Taliban. “Offering refuge to the world’s most vulnerable speaks to who we are as Canadians, particularly in times of crisis,” said Immigration Minister Marco Mendicino. 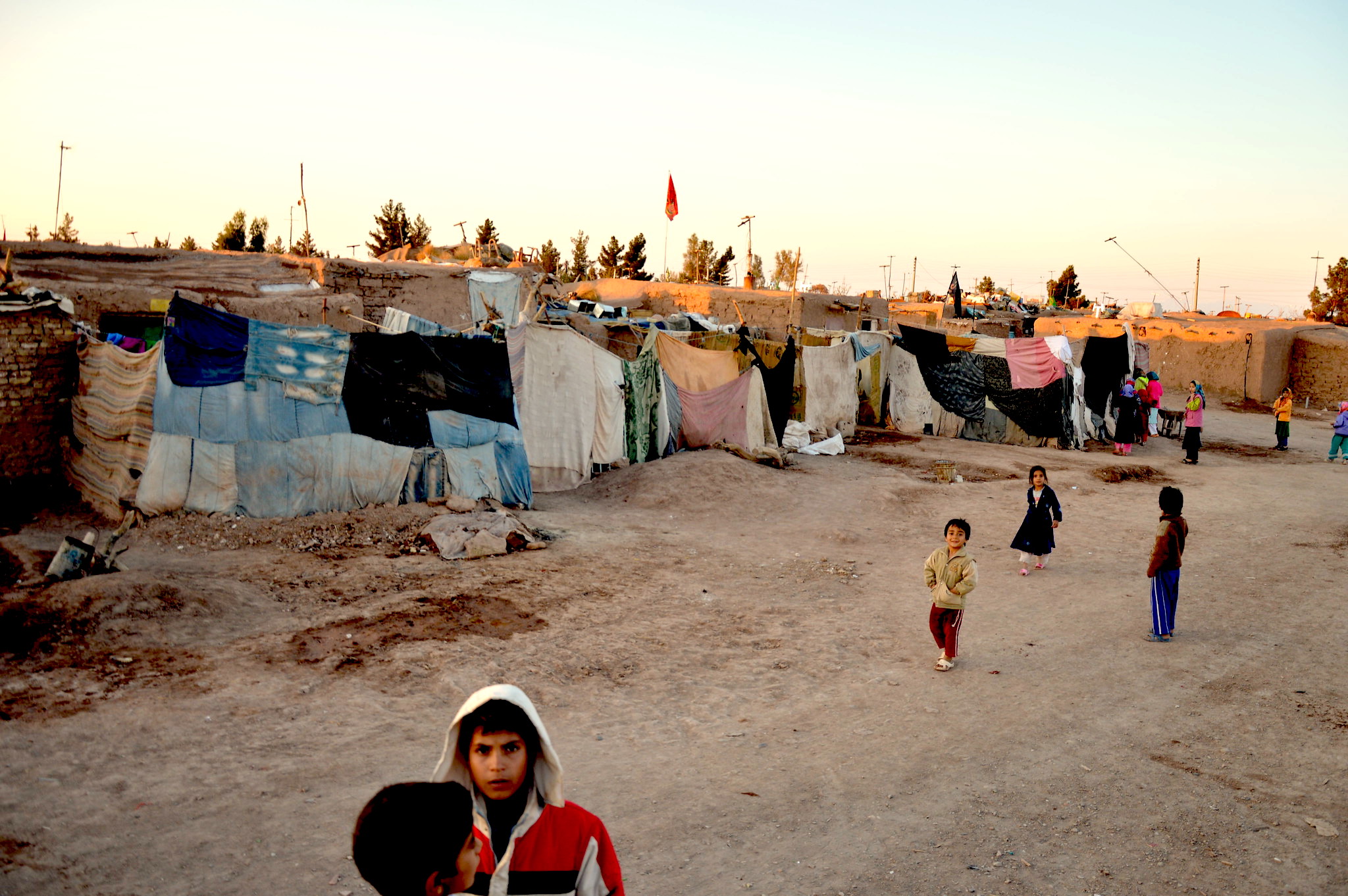 Worldwide refugee numbers keep rising and are at their highest since the Second Wolrd War. UNHCR’s Refugee Population Statistics Database shows that by late June there were 82.4 million forcibly displaced people worldwide, of whom an estimated 35 million are children under the age of 18. Nearly 70 percent of the total are from five countries: Syria, Venezuela, Afghanistan, South Sudan and Myanmar.

Yet it is the images and personal stories that carry so much more impact than the bare statistics. For Syria possibly the most devastating, and also far reaching in political terms, was the picture of three-year-old Aylan Kurdi lying lifeless on a Turkish beach, drowned trying to reach Europe with his family. Those pictures of Afghans packed into a U.S. military transport plane have defined the chaos in Kabul, soon followed by the carnage of a suicide bombing.

My Own Story, Briefly

But stories that do convey hope also make it seem possible to the public and donors that something can be done to help, even with relatively small amounts of money.

Naturally everyone displaced by conflict has his or her own story, although it must be recognized that some would rather not tell theirs for reasons to be respected. I have my own to share, briefly.

I first became aware of Afghanistan when, as a young child in the ‘60s in what was then East Pakistan I read in Bangla, Rabindranath Tagore’s short story “Kabuliwalah.” The tale of the kind, compassionate man who periodically left his family behind to sell goods he carried in a large sack and make loans to Bengalis made a deep impression, as did his sense of humour and his attachment to a little girl Mini, clearly a cherished substitute for his own children back in Kabul. He was at first a rather frightening figure, giving her treats from his sack, but he slowly gained her and her father’s confidence and respect.

My next contact with Afghanistan was more direct, fraught with danger. While a student in an all-girls British run college in Lahore, Pakistan, my country of birth Bangladesh became independent. I fled what was then West Pakistan, avoiding camps and a protracted repatriation, to reach the newly independent country, taking a hazardous route by ‘tanga’ horse drawn carriages, trucks and buses across inhospitable terrain and mountain through Quetta and the border crossing of Chaman into Afghanistan.

Along the way, in no man’s land, armed smugglers extorted more money from our group of about 40, some of them families with children, and one night we had to trek over mountains, exhausted to the point of hallucination.

Fearing death but quite ignorant of the danger of rape, dressed in a white ‘burqa’ throughout the perilous journey, monitoring with piercing eyes the movement of those who were temporarily my guardian angels, I made it to the Indian embassy in Kabul after spending days in a dilapidated farmhouse in Kandahar, and, with Indian ID papers, we were flown to New Delhi then on to Kolkata by train, eventually making it to Dhaka after 23 harrowing days. I was fortunate to make it; the new country was still reeling from a war that cost millions of lives. Nearly 50 years later that is so often not the case.

“The resilience of the Afghan people has been pushed to the limit by prolonged conflict, high levels of displacement, the impact of Covid-19, recurrent natural disasters, including drought, and deepening poverty,” UNHCR spokesperson Babar Baloch told a briefing in Geneva on July 13.

As the Afghan conflict intensified earlier this year, more refugees set out on long and hazardous journeys through Pakistan, Iran and Turkey towards Europe, often paying gangs of exploitative smugglers and people traffickers. Turkey, where authorities estimate there are already some 300,000 registered and unregistered Afghan refugees, is strengthening its border network of walls and fences. Greece, which sees itself as Europe’s ‘front line’ is doing the same.

Reece Jones, a professor of political geography, has researched how in recent decades countries have become inter-connected through complex networks of transport and communication, but the purpose of borders has shifted to become the place where the movement of people is controlled.

“Border security and the construction of walls have increased dramatically in the supposedly borderless world of globalization,” he says.

“Border security and the construction of walls have increased dramatically in the supposedly borderless world of globalization.”

As walls and fences go up, so do the dramatic increases in migrant deaths. More than 2000 migrants have died trying to cross the Mediterranean to Europe over the past year, according to the Missing Migrants Project of the International Organization for Migration.

Countries announcing new border barriers in recent years include Austria, Bulgaria, Estonia, Hungary, Kenya, Saudi Arabia, Tunisia and the “beautiful wall” of former President Donald Trump on the U.S.-Mexico border. Lithuania is the latest, with its parliament voting in August to erect a metal fence topped with razor wire to keep out migrants, many recently from Iraq, crossing into its territory from Belarus.

Jones says the borders of the EU are “by far the most deadly” with roughly two-thirds of all migration related deaths occurring there or on the way to the EU. The high death rate, he says, is a combination of an extremely dangerous border in the Mediterranean sea coupled with increased enforcement that drives people to use smugglers and take more risks, as tragically seen in the deaths of 39 Vietnamese found suffocated to death in a refrigerated trailer near a U.K. port in 2019.

Walls did not work in the past and only divert but do not prevent migrant flows, but they are powerfully effective symbols used by politicians to demonstrate they are addressing perceived economic, cultural and security threats from migrants.

The EU, says Daniel Trilling, author of Lights in the Distance: exile and refuge at the borders of Europe, has perhaps the world’s most complex system to deter unwanted migrants, spending billions of dollars on surveillance systems and patrols on land and sea.

In reality the EU tries to prevent even genuine asylum seekers from reaching its territory, as by cutting aid deals with Turkey. The Syrian refugee crisis of 2015, when one million migrants and refugees crossed into Europe, triggered bitter disputes over collective burden sharing that remain unresolved.

While the last U.S. and other foreign troops fly out of Kabul this week, ending a two-decade military campaign, UN agencies are remaining. The World Food Programme says it is “committed to stay and deliver as long as conditions will allow” and needs $200 million to get through to the end of the year. In the first six months of this year, WFP delivered food and nutrition assistance to 5.5 million people, including those newly displaced by fighting.

UNHCR is maintaining staff in Afghanistan and says that at present it is able to access all provinces and continues to work with 18 local non-government partners. “We call on donors to remain steadfast in their support for humanitarian operations in Afghanistan and are also appealing for support,” the agency said, noting that UNHCR’s Supplementary Appeal for the Afghanistan Situation is “drastically underfunded at 43 percent”.

Borders around the world are being sealed to migrants and refugees, but the international community cannot walk away from Afghanistan and close its eyes.

Farhana Haque Rahman is a former senior official of the United Nations Food and Agriculture Organization and the International Fund for Agricultural Development. A journalist and communications expert, she is executive director, IPS Noram and senior vice president of IPS Inter Press Service.

This article is from IPS.